What is a marinade?

Let’s begin with what a marinade is.

It’s a flavoured liquid which we put food in (it doesn’t have to be always meat) and the food soaks it up before being thermically processed.

What kinds of marinade exist?

The dry one cosists of dry spices such as pepper, salt, thyme, garlic etc.

On the other hand, the wet one consists of wine, soup, some sauces (soy sauce, Worcestershire sauce) and acid (lemon, vinegar).

Depending on what you want to achieve, you can decide which one to use, or to use both.

The wet one is used when you need to hydratize some pieces of meat, and the dry one is used to enhance to flabour (only on the surface, though).

Brine is also a type of marinade, but it doesn’t contain any acid, just a very salty liquid.

What are the components of marinade?

Every wet marinade consists of these components:

Liquid, salt, acid, spices. I think it’s important to know how each of these ingredients adds to marinating meat (or some other type of food).

It has the biggest and the most important role in every marinade.

In the case of marinating meat, liquid is seen as a package that goes with the rest of the ingredients. It definitely cannot do much if it’s not flavoured at least with salt.

Under the influence of salt, protein molecules reshape and this helps them retain water. Salt needs to dissolve well in the liquid first, before you add meat into it.

Using acid (wine, lemon, yogurt) is a two-edged sword. If you are make a mistake when dealing with the amount of sour ingredients in a marinade, it can result in destroyed meat.

Generally speaking, acid softens meat, but it can also make it mushy. Sour ingredient  breaks down mucsle fibers, collagen and connective fibers that make meat hard. They also make meat retain water so that it is easier to eat.

If you leave the acid to work the meat for too long, the meat surface with become mushy, or even dry, which is the total opposite of how we usually want it to be.

The spices that we put into marinade can affect or change the flavour only on the surface. They cannot reach the central part of the meat through marinade. So, if we want the spices to get deeper into the meat, we should use spices that can dissolve in water (powdered onion and garlic, for example). Because spices will do the expected only with the help of water.

What happens with marinating meat with a spice like soy sauce?

Soy sauce penetrates meat in a similar way that salt does. Soy sauce contains glutamate which is not the same as sodium chloride. Glutamate affects the flavour, but it cannot retain liquid. Sodium chloride in soy sauce makes meat softer. This means that soy sauce is the best for making meat soft, juicy and spicy.

Which types of meat to marinate?

The best meat to marinate is definitely venison, because its protein fibers are very firm and meat can be too hard to eat.

White chicken or turkey meat because it can be quite dry.

Then, you can also marinate III or IV category beef, pork meat etc.

How do I marinate meat?

First, it depends if the meat is of a domestic animal or game meat. Then, if it’s domestic, it is important whether it is red or white meat, and of which category. I will not keep the steak in a marinade, for sure.

If it is game meat, then I make marinades with red whine, alcohol, various seasonal vegetables, spices such as juniper, cloves and lots of pepper.

With white meat, I use light marinades where the main ingredients is salt which will help me the most with making meat juicy.

The recipe on how I marinated venison, and what I had put in it is as follows.

If you like venison stew, you will love this recipe 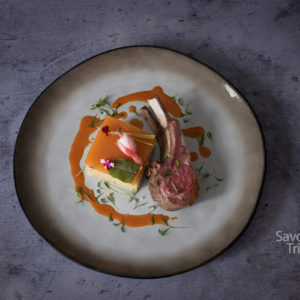