Chocolate, how is made from beginning?

The holidays are approaching, and a great number of us will stick their noses in their pots and make something sweet for the New Year’s feast. It’s time to waken the hedonism both in our heads and stomachs.

Yes, and that is the way to go… well, why on Earth did we then spend the rest of the year on diet…

The favorite candy among the candy are most frequently made of chocolate. 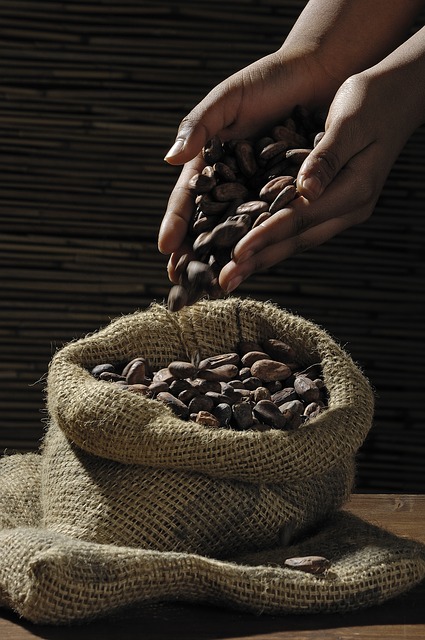 Once, we’ve started the story of why it was good both for kids, and for school here.

I don’t know what was your case, but at my school age, it was very popular to take school children to Soko Stark, to which we, of course, were looking forward.

Also, I remember very well, just how the adults would scare us that we couldn’t carry anything outside, but that, after all, we could taste something there.

As if we, the kids, could eat a lot at that age, or, God forbid, take it home.

I was so terrified, that I didn’t even take the chocolate banana bar, and I still remember it very well… them rolling down that assembly line, all chocolate… and then the ‘Najlepse zelje’ chocolate bar… all I have left of its taste now is nostalgia.

When I look back now… I feel sooo sad because I wasn’t bolder and enjoyed all that more.

And now, here where I’m taking you this time, you could eat till you die and bring home as much as… well, as you could afford.

This is one trip to the chocolate country.

Let’s go to Switzerland again, to pay a visit to the two chocolate factories, and to see what it looks like there far away and why their chocolate is so tasty.

Nestle Factory (which bought off Cailler, the famous Swiss chocolate) is placed in the place called Broc, near Lausanne and Montreux, Gruyere region (there’s good cheese and milk there too, so it’s logical that the chocolate is delicious), and we mentioned how to get there, here, and also here.

Also, Favager, factory that is set in Geneva, and we mentioned how to get to it here.

But I should provide you with some information before the trip, we shouldn’t be uninformed.

Where has God sent it to us from, and a huge ‘thank you’ for that.

This magical flavor dates back to the 7th century, when the coco tree Theobroma coco was grown by Mayas in the Central America. Then, after Christopher Columbus discovered America, he brought the coco grain back to Spain in 1502, so that mister Hernan Cortes who conquered Mexico (an Aztec country at the time) in the name of Spain, finally god an idea what to do with the grain. 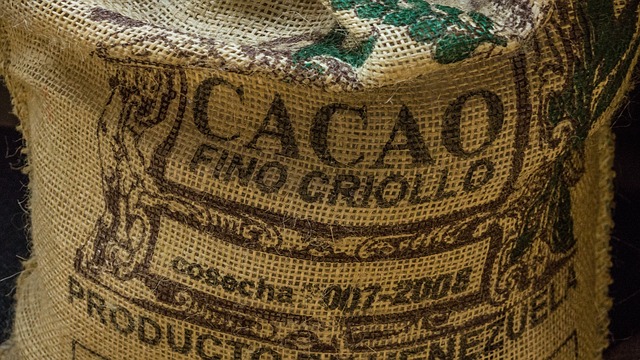 Aztec emperor Montezuma showed Hernan Cortes how they consumed the coco grains, in the form of xocotlatl, the ancestor of chocolate, and we wrote about it here.

A beverage made of the ground cooked coco grains and cold water. It was very bitter. With the addition of honey, vanilla extract and different hot spices, that bitter taste would turn into something completely different, something that nowadays most of us cannot imagine spending a day without.

Then, luckily, due to the Danish in the end of 17th century, the first hot chocolate was made.

Eventually, with the help of our common creativity, these chocolate cookies were created:

Kinds of chocolate used in cookery

Coffee– yum, after a long day, when I wish to sit and take a break… I dream of this combination… black coffee (I vote for espresso) and dark chocolate. A sip of hot black coffee with a piece of chocolate immediately melting in mouth… mmm…. Yum, yum, yum.

Salt– try chips and chocolate, bacon and chocolate… salt and sugar, the two ingredients our organisms always crave (Just how much salt do you put on tomato?), even the combination of eating them at the same time cannot be wrong (it positively affects the nervous receptors).

The dark side of chocolate

It’s not all sunshine and rainbows in the story of chocolate. The greatest West African coco manufacturers (e.g. Ivory Coast) still allows slavery on coco plantations. What is worst is that the slaves are children. Although it is illegal, the law application is pretty restricted.

How does the world try to stop the slavery?

It most frequently tries to control the supply chain.

There’s a supply map and the roads of the good exhibited in the Nestle factory (Maison Cailler) in Broc.

In the video later in the article, you’ll see how much they take care about every part of the world and every manufacturer from which every single coco grain is imported.

How can chocolate affect health?

Excessive chocolate consumption can lead to obesity and diabetes. Stearin acid found in the chocolate can affect formation of blood clots in the organism.

The addictions can be various… we are addicted to money, health, luck, cigarettes, Coca-Cola, and even to chocolate

Chocolate has an effect on parts of brain responsible for creating addictions. Not much is known about this yet, but you should take care of it all the same.

Top 5 countries that consume the most chocolate

How is chocolate made? 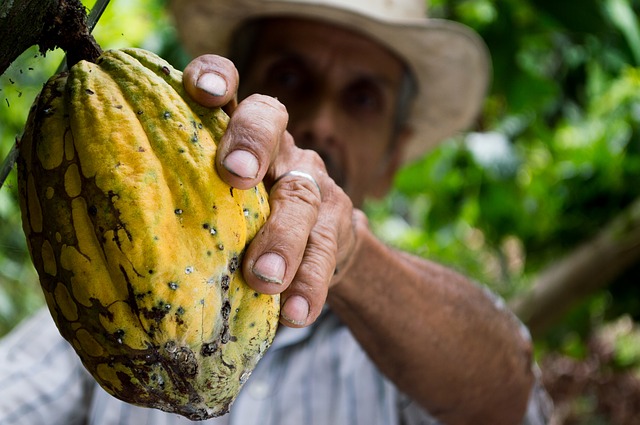 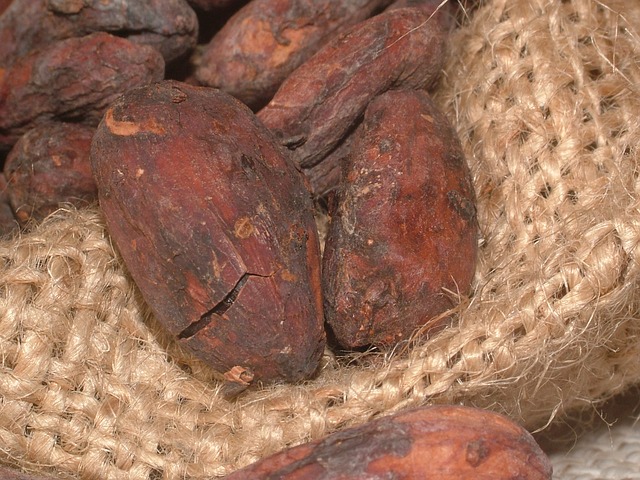 5. Transport to the manufacturers

6. When it comes to processing in the chocolate production process, the pods are removed and coco is baked. Some of the processing stages differ for every kind of coco tree, but it is basically the same.

7. Afterwards, there’s grinding and it’s turned into the coco mixture. When heated, that mixture becomes coco liqueur, as a mixture of coco butter and sugar.

8. Once the coco butter and spices are added to the mixture again after that, different flavors can be created.

The most famous chocolate Frigor.

We enter the grand door of the great Nestle chocolate factory.

This is a trip for everyone, the whole family, and the kids are going to be especially happy and satisfied.

I bought a ticket for 12.5 CHF, which is the same amount in euros.

After I got my headphones, I started my way through the hallways, which were filled with photos of their products and some historical text at first, and I read them from the walls.

Then, one big door opened and the performance began.

The story started with wood and ended with the final product, it told about how it was once, how it is now, and it ended with the workshop and tasting.

God, just when I remember the amount of chocolate I ate that day… I think I didn’t eat so much throughout the entire previous year.

You know the feeling, you go around the served plates, and take one, then you go to the other plate and take another one… and over and over again… and then, after some time, you start turning round and check if somebody was looking at you, so that you can take the ninth and then the tenth piece… but it doesn’t end there… you start going in circles, pretending to be taking pictures… and take one or two more pieces…  then I end up reading all the texts written on the walls, and take pieces with both my left and right hands… and suddenly, I feel sick.

So, on that day, I had chocolate for lunch, but also for breakfast and dinner.

You can see by the plates how it all went.

There is a lot of chocolate here.

And then here as well… I’m not over the embarrassment yet.

White chocolate, not so interesting to me.

Casting a look on the side, it is noticeable that someone’s already been digging in the middle 🙂 .

And a little more here.

After I got here 🙂 , not much was left… The picture is taken from close so that you wouldn’t see the size of the plate 🙂 .

Now, let’s go on with the tour… Since I was already sick from the amount of chocolate I’d eaten.

Nice experience and spending time with the entire family.

A part of my catch.

Here are some useful links for paying a visit to this factory:

You can visit this factory by train to, and take a ride in the chocolate train

Another factory, with tradition since 1826, which is set in the suburbs of Geneva, Versoix

The production process is similar, so I won’t repeat myself.

What certainly caught my eye on our way to the factory was their delivery vehicle, a red Chevrolet.

Of course, I had to take a picture.

You can see it parked in front of the factory.

At the end of the manufacturing chain, this factory has its own shop

Some of the products could be bought as a gift and you can take them with you.

And for the further processing as well.

At the end of this trip, this was my catch, plus something else on the side.

I’ll leave you some other useful links telling you how to visit this factory:

The tour around the factory is about an hour and a half long, and it costs 25 CHF for adults, and 15 CHF for children (under 15), and the reservations are made via email: patrimoine@favarger.com

They also have a workshop which takes place for 2 hours and costs 75 CHF, and reservations are made on the same email.

How Food Saver and Crock Pot helped me?
How much does hedonism cost us?