Autumn and a pumpkin soup

It is a pumpkin season. Unfortunately, the rest of my family isn’t exactly crazy about them. However, I adore the aroma coming out of the oven when I roast it.

I always have to come up with new ideas to deceive them into eating at least a plate of pumpkin soup.

That is how this recipe was created, creamy autumn pumpkin soup.

Maja the Fit Gourmet described the pumpkin world here, and, according to this, my pumpkin has something from every group… some green as kabocha, orange as hokkaido… but I think it is basically a kabocha.

If someone thinks I am wrong, please correct me.

How did I neutralize the pumpkin flavor which is not my family’s favorite?

I added some apples, it is best to use Granny Smith.

Then I spiced it up, using cinnamon, nutmeg and a neutral cream at the end.

First, I cleaned the pumpkin, which should look like this:

Then I sliced it into cubes.

I put it in the oven and roasted at 180°C for approximately 12-15 minutes (depending on the size of the pumpkin). Personally, I prefer it well-done. When you are already roasting pumpkin, it is also a chestnut season, so you can put them into the oven at the same time (kids will love roasted chestnut).

I chopped some onion, grated apple, added roasted pumpkin and stewed it.

Afterwards, I added some seasons.

Next, add some chicken broth, and cook it all together for some time.

Then I put it all into my blender, I wrote about it here.

After adding some neutral cream, I cooked it some more:

We successfully warmed up with this delicious soup. Even the ones who don’t like pumpkin gladly eat it.

Apart from a great soup,

it is also a nice decoration for your home. 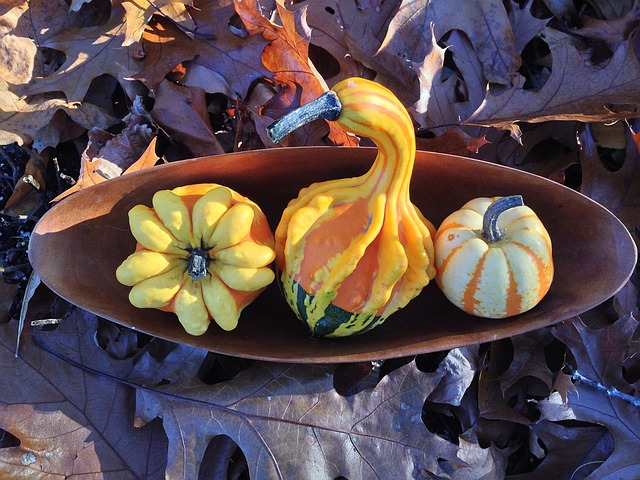 Meatballs tomato soup is tasty and the best...