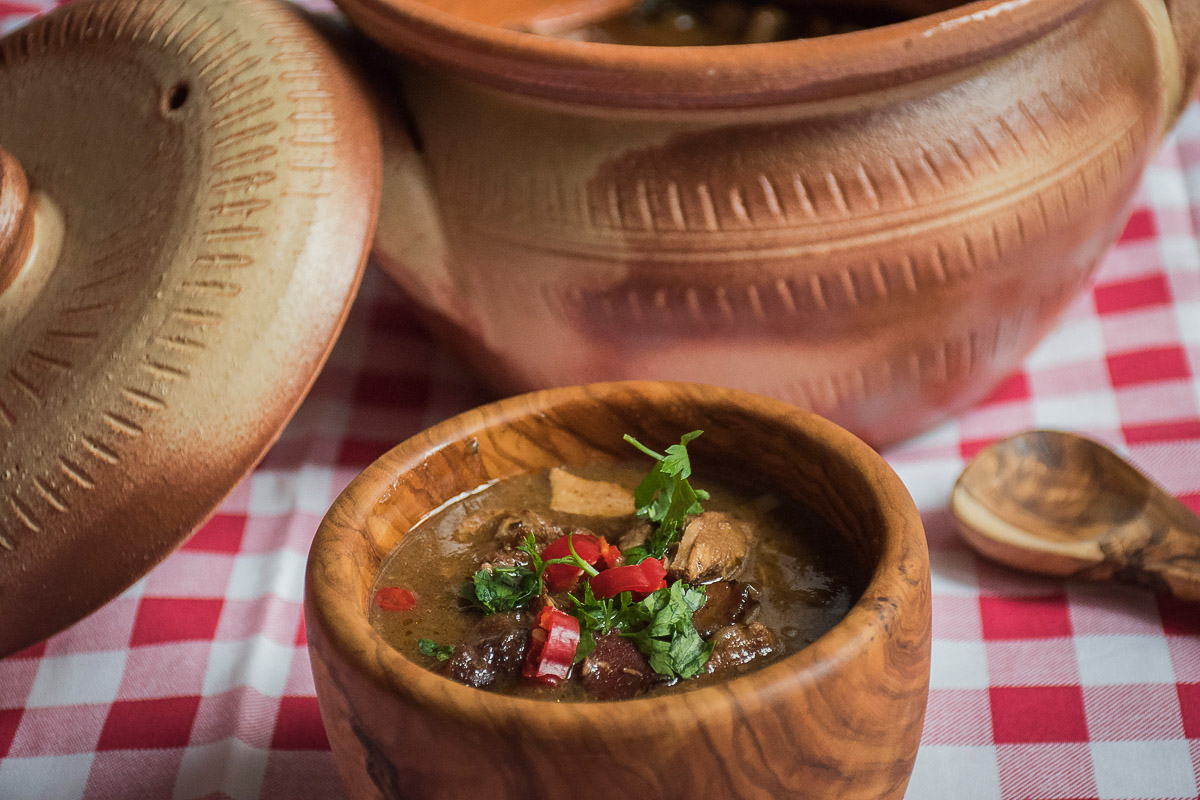 Have you ever watched Julie and Julia? Do you remember the scenes when Julie is making Beef Bourguignon?

I have watched that film at least ten times. For me, this is one of those movies in which you find the person you identify with. Perhaps not in all areas, but in some scenes you find yourself.

In it, Juli becomes one of the most famous bloggers ever, and Julia one of the most skillful cooks ever… but unfortunately, these are not the scenes I identified myself with … but soon they will be 🙂

Where I found myself were tears, throwing lunch into the trash … and situations where everything went wrong even when it shouldn’t have…

That’s how it used to be, it’s a lot different now, and it’s probably easier for me to know that I’m not alone.

You can become a cook only if you have a strong desire and perseverance, everything else is not so important.

As I was annoying to both God and my family with watching the same movie over and over again… so as a present I got the best cookbook in the world … but only for one reason – they didn’t want me watching the same film for the hundredth time :). Mastering the art of French Cooking…by the famous Julia Child…I’m born in 1975, and the book is from 1966 …the second edition……real antiques 🙂

Old covers and even older pages were turned with special attention…so that God forbid something doesn’t get torn or someone touches the book without my presence…If someone did go near it, they would have to be supervised.

After a lot of page turning, I had to test it, and so you got:

How Julia prepared Beef Bourguignon, what I changed, what I got by following her recipe and who didn’t like it and why!

I saw a lot of different types of beef stew, and I already made some traditional recipes and posted them on my blog Crockpot beef stew

The following question always pops up…which cut of meat is best to buy for this Beef Bourguignon recipe?

The following are the most recommended ones:

I always trim the fat and Julia also highlighted that in her book.

What is very important is cooking time. Julia recommended 3h-4h depending on the quality and tenderness of the meat, in the oven at 180°C. I also put it in the oven but overnight at 100°C.

Stew can be cooked either in the oven or on the top of the stove. The oven is better because then it is heated evenly.

How to serve Beef Bourguignon?

The best way to do it is the traditional. The traditional way is with boiled potatoes, but butter noodles, green vegetables or rice are excellent substitutes.

Drink is very important for full taste… The best choice is young red wine such as Chianti or Burgundy, Beaujolais, Cotes du Rhone…

How to make the best Beef Bourguignon ever?

Immediately preheat the oven at 180°C, in order to be ready until you prepare the rest of the ingredients.

In general, I sauteed everything separately, until they get that brown color.

And my “everything” is the following

Chunk of bacon-saute until brown and set aside.

Stewing meat Rumsteck cut into cubes of 4 cm, dry well with paper towel and in the same pan where the bacon was sauteed, saute the meat until it becomes golden brown. After that also set aside.

Vegetables (carrot and onion) saute in the same fat.

The first layer in the casserole is meat and bacon. Then add salt and pepper, sprinkle the flour over the meat.

Add wine, young red that we already mentioned above. Add enough stock and bouillon so that the meat is barely covered. I didn’t even forget the tomato paste, garlic, herbs (thyme and bay leaf). Then I cover the casserole and leave it over night in the oven. It was time to sleep 🙂 .

And then in the morning…

I peeped into the oven, and saw that beautiful color and creamy sauce 🙂

In the meantime, I took a larger pan, sauteed the mushrooms and onions in butter, added a little bit of stock or canned bouillon to get that golden brown color.

Then I put everything over the meat and vegetables and cooked for another 60 minutes.

What Julia did, and I avoided

I shortened some steps.

For example, Julia cooked the stew for 3-4h, and I cooked it over the course of the night…in that way I avoided the additional sauce thickening…my sauce thickened by itself during the night cooking…

She, on the other hand, filtered all the liquid from the pot in which she cooked the beef stew and put it in a separate pan and additionally cooked the sauce so that it could get reduced to half its volume. Her advice was that if our sauce was getting thick more slowly than it should, we should turn up the temperature or add a little bit of canned bouillon. Since we don’t have canned bouillon in Serbia, use flour or stew mixture packed as a soup bag (such as fant etc.) that you can buy in every store instead.

In the first layering step, when adding flour, she baked the meat, bacon and flour (without stirring) in the oven at 180°C for about 4 minutes. Since I prepared everything in a crock, I could not put a cold pot in a hot oven.

If you want to cook beef stew for only 3-4h, you should set the oven at 180°C and cook it the entire time at that temperature.

What if you serve it right away?

You can serve it without side dishes, just sprinkle parsley across and get a good peasant bread or toast. If you like having a side dish with beef stew, you can put the stew on a bit bigger oval plate, and around it pasta or boiled potatoes or green vegetables, although the decoration is still parsley.

What if there’s some left for tomorrow?

About 15 minutes before serving it put it on the burner and let it boil. Cook it like that for about 10 minutes and stir from time to time. After that you can serve it the way I described above.

Who is the person that complains the most in the kitchen? Well, my husband of course. “I want this…I want that… cook this the way….”

For him, the stew was more aromatic and stronger than he was used to…it was the bacon that bothered him the most….so, if you don’t like strong and spicy things maybe you should think twice before putting the bacon in.

To me and my kids it was excellent, so I leave it to you to be the judge 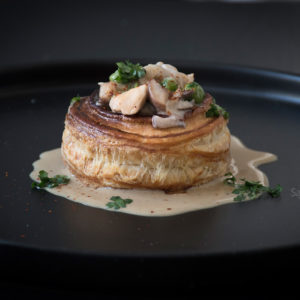