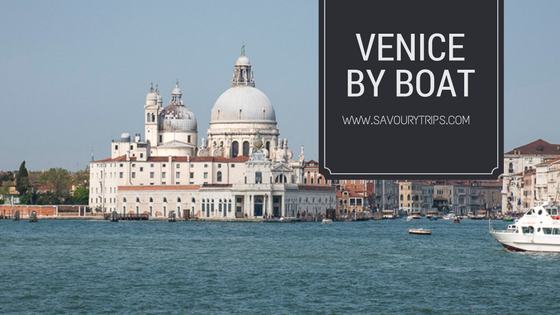 A guide to make a perfect trip to Venice

Venice is one of the most beautiful cities on Unesco’s world heritage sites list. So it’s a “must do trip”.

Should you just make a quick trip to Venice or something more than that?

For me, Venice is a city where I can always find some sort of inspiration. Whether it is for means of transport, for entertainment, for a book, a painting…or some recipe – it doesn’t matter.

The amount of time I will be able to spend in that inspirational city depends only on current possibilities. The fear of not being able to actively fill my time while I’m there disappeared many years ago.

I’ve been to Venice so many times, but every time I go there I have the same feeling…As if it’s my first time.

It’s such an ancient city and it changes so much that it completely surprises me every time. 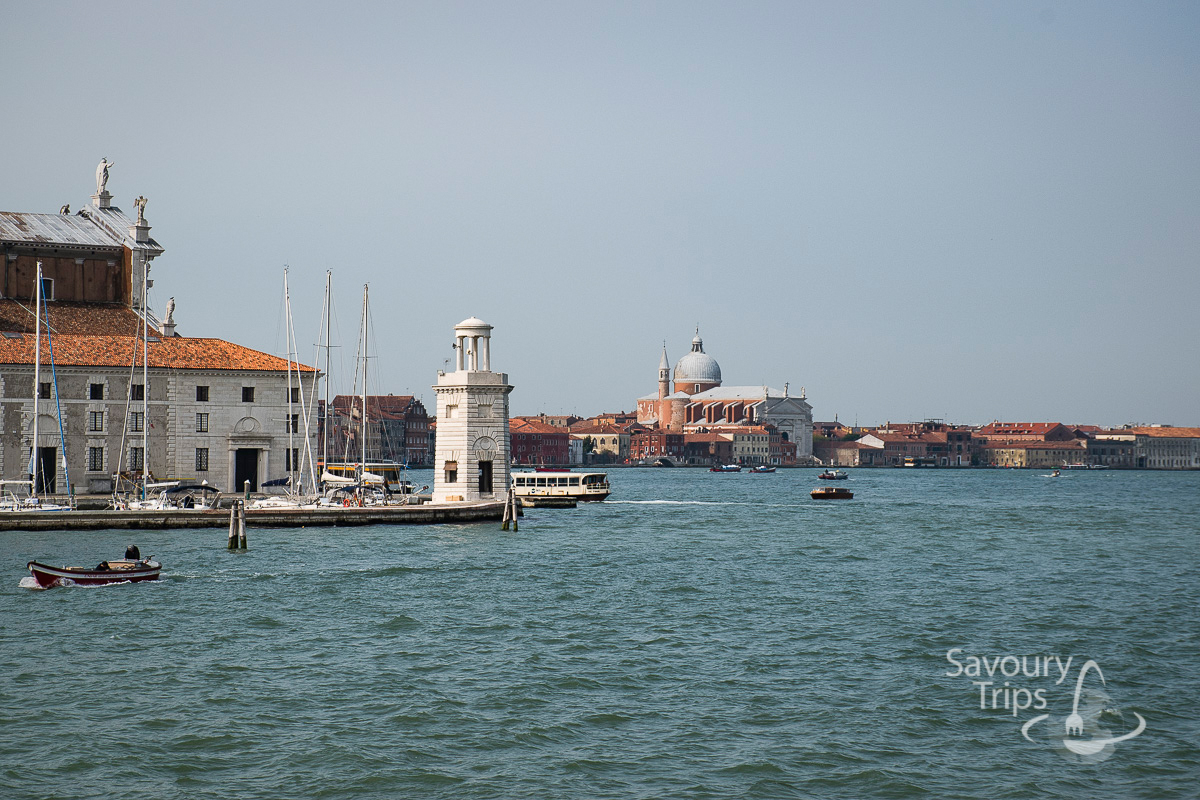 Venice as a floating city

Once I watched a documentary on the Discovery Channel about how Venice was built and how it’s been protected from the sea in recent times. I found the fact that Venice was erected on wooden platforms supported by other wooden pillars shoved into the sand very interesting. So neither stone nor metal which are seemingly a lot tougher.

And I walked a couple of times on those wooden platforms, too 🙂

So, What preserved Venice and its wooden platforms and pillars? Well, the sea and the lack of oxygen…of course…and they prevented the bacteria and microorganisms to develop… And in time the wood hardens as a rock.

Venice is made out of 100+ little islands that are connected with bridges and canals. And for those who have never been there, it is divided into following districts: Castello, San Marco, San Polo, Santa Croce, Cannaregio (it’s where the locals live) and Dorsoduro…The streets are not called Via (it means ‘street’ in Italian) but Calle. And why would the squares be called Piazza then (‘square’ in Italian) when they can be called Campo.

The only square that’s called Piazza is Piazza San Marco – for me, it’s the very center of the town, but everyone knows that already 🙂 .

How to get to Venice?

If you belong to the groups of “chicken-hearted” or “non-adventurers” and you like the familiar routes that millions of people before you tried…Then you have the standard means of transport:

When I was travelling by car I had to pay lots of attention to where, how and for how long I can park my car. And then after parking it, how to get to the city. So, parking in the very city is not allowed and you have two options – 12 euro a day S. Giuliano parking, but add to that the bus ticket to the city (1,50 euros if you buy it at the ticket stand or 3 euros if you buy it in the bus). Generally, parking is 25 euros a day (Piazzale Roma, Tronchetto or Parking in Mestre at S. Giuliano…).

There’s, of course, an option to book your parking space in advance and you can get a 5-10% percent of discount.

Next to a town called Mestre, there is an airport.  Now, here you have to think of how to get from the airport to the Venice city center. The most expensive, but possible option is by a water taxi. For the pleasure of driving in a Water Taxi you will have to pay about 100 euros. Other transportation ranges from 9 to 15 euros (including the bus through the water corridor).

The trains go from Trieste, Verona, Milan, Florence, Rome…This option depends on the country you live in. Since Venice is close to me, I did not use the option of making a quick trip to Venice by train.

Only for those who come from Croatia and Greece. 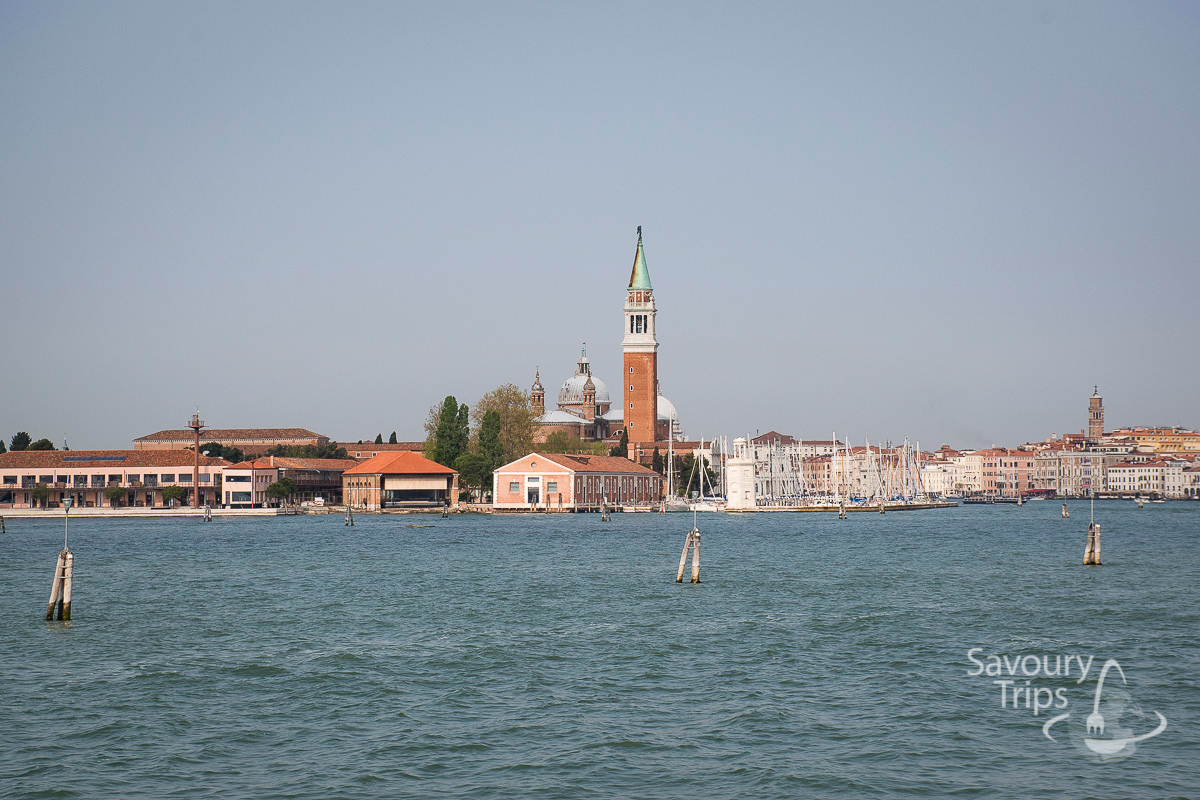 The best option in my opinion

Having travelled to Venice so many times, the best and the most romantic option, in my opinion, is by boat, a speedboat…but from a place called Punta Sabbioni.

Punta Sabbioni is a small place on the mainland very close to Lido di Jesolo, only 25 km.

As a recommendation, if you are short on cash, and want to be a part of Venetian carnival for once, spend the night in Punta Sabbioni or Lido di Jesolo (offseason), and then take a taxi speedboat or a city ferryboat to Venice. Between those two places, you have a few other places where you can spend the night, but I think that the best option is probably Lido di Jesolo because there you have places to go to, what to do and what to eat 🙂

To catch a ferry when you get to Punta Sabbione, you have to, of course, get to the shore. Along the shore, you have a great number of possibilities how to get to Venice – by a smaller or a larger boat…faster or slower…old or new…

In any case, a return ticket is about 10 euros (a euro up or down). Each of the boats has its own timetable. So if you booked your drive a few days earlier and were late for it, or you got stuck in the public toilet and you missed the boat, as it happened to us, you can always take a public ferry for another 10 euros 🙂

A trip to Venice by boat Since we missed the previous, we held on to this one tightly 🙂 and here we are on the boat to Venice 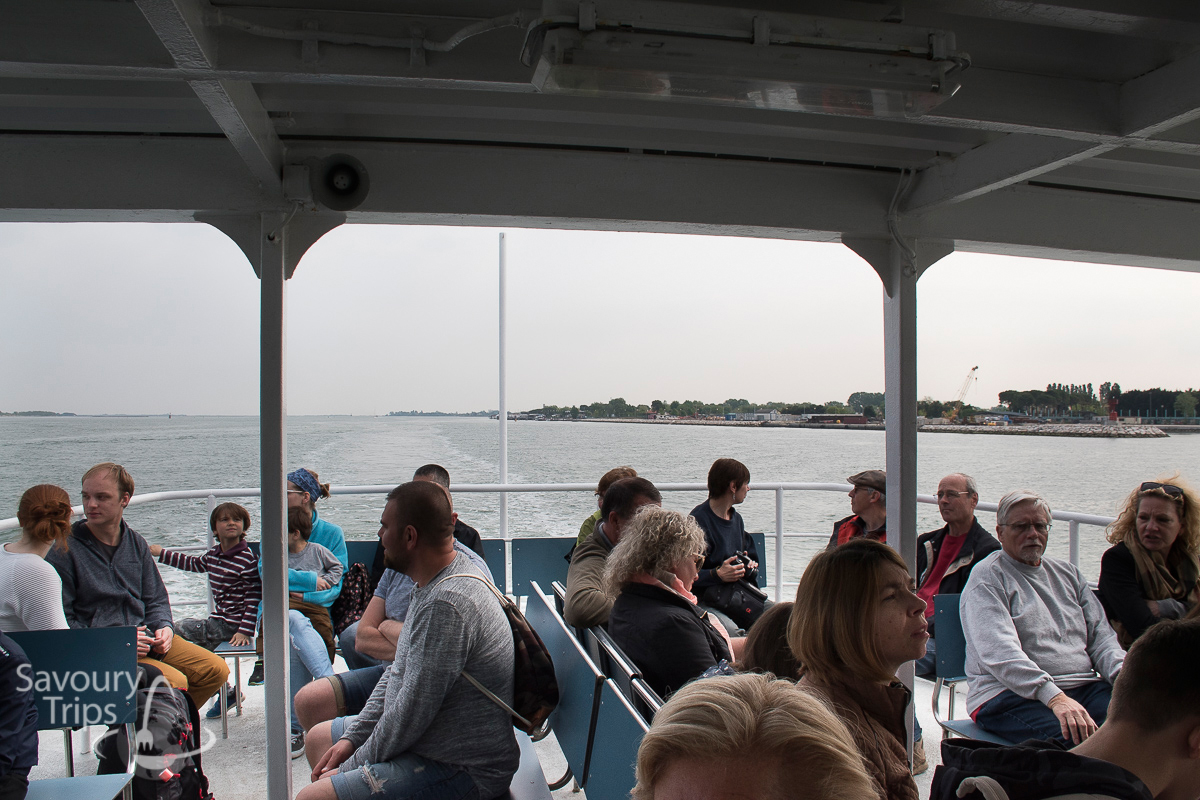 Wind in our hair with the Adriatic smell.

The best time to travel is spring. It’s not too cold, or too warm.

Trip to Venice by boat is really something special and I will remember that feeling of getting to Venetian docks for a very long time.

The entire drive lasts for about 30 minutes. In that half an hour we had one stop at Lido di Venezia. We didn’t get off, we left it for next time, but you can get off, visit it and board for Venice again. 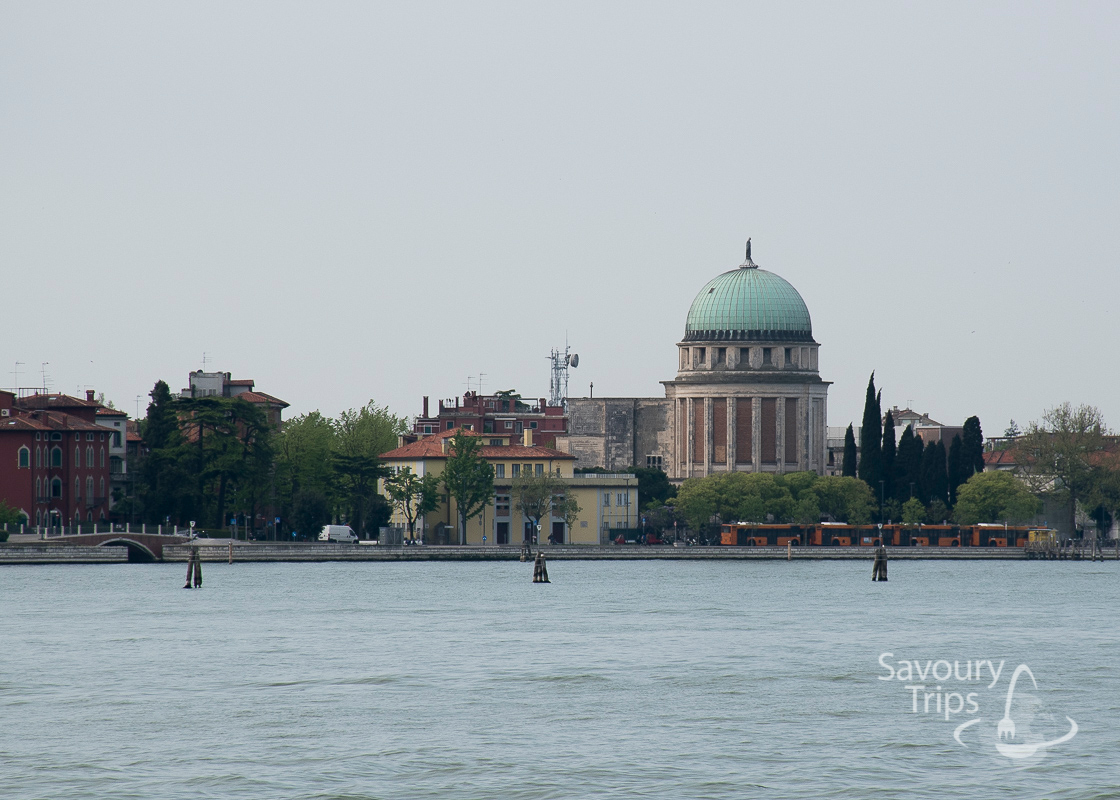 Lido di Venezia is a 12 km long island located on the very entrance to the Venetian lagoon. There are many hotels, private summer villas, and beaches that Venetians visit a lot during the hot summer days. It is also a place where you can find the best and the cheapest restaurants in Venice.

After this stop, our boat turned around and after sailing for 5 minutes we saw everything that we had even seen on the postcards of Venice, but this time live from the sea perspective.

Ours and dozens of other boats rushed to the docks and the main pier of Venice. You could feel impatience in the air to set foot on the docks of Venice and to breathe in the Venetian air once again. It was another long awaited and planned trip to Venice.

And then, all of a sudden…From the left and right side of the entrance to the Venetian bay there came in all of their glory… San Giorgio Maggiore and a promenade along the shore full of cafés and restaurants with a view into the blue of the sky and the sea. 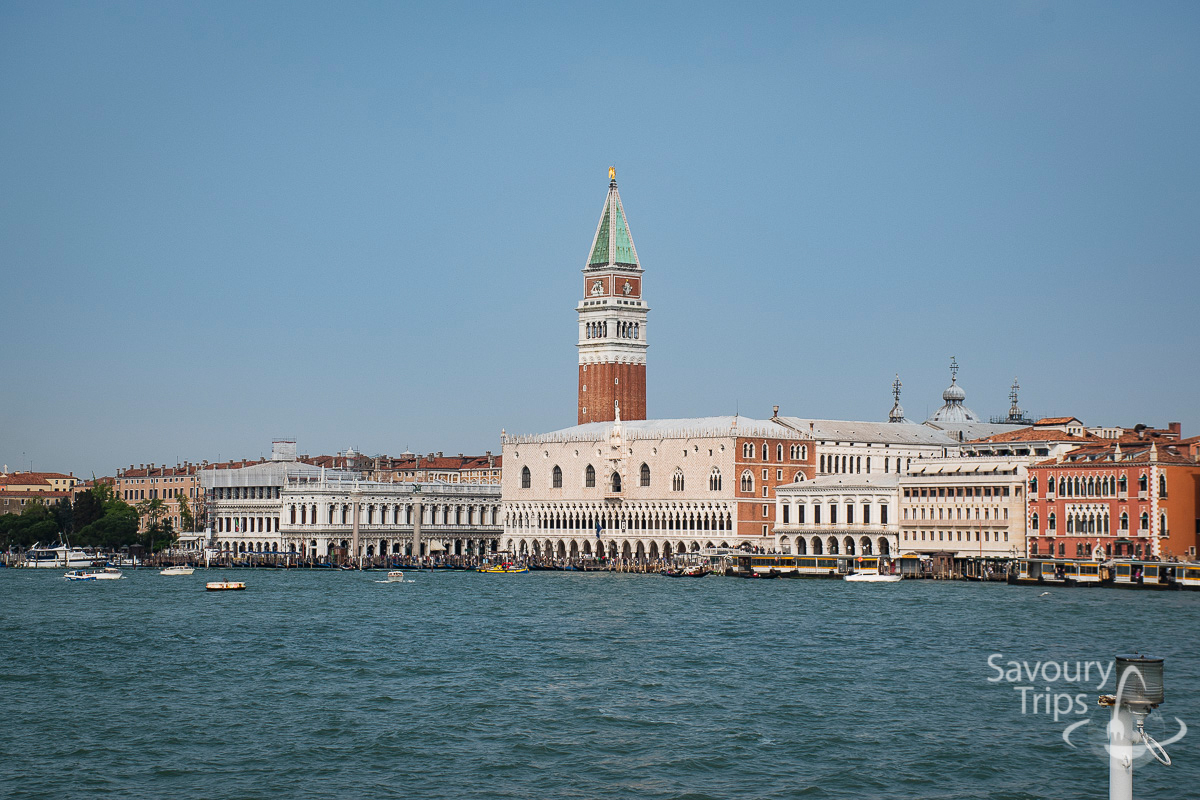 The eyes flew from palace to palace…taking in the beauty of antiquities that have been standing for centuries.

Then, it seemed all of a sudden, a siren went off and the boat has reached the dock.

And for who knows how many times, the unbelievable beauty of Venice left us breathless and with eyes wide open.  And then came the pattering of the first steps on the Venetian pier. 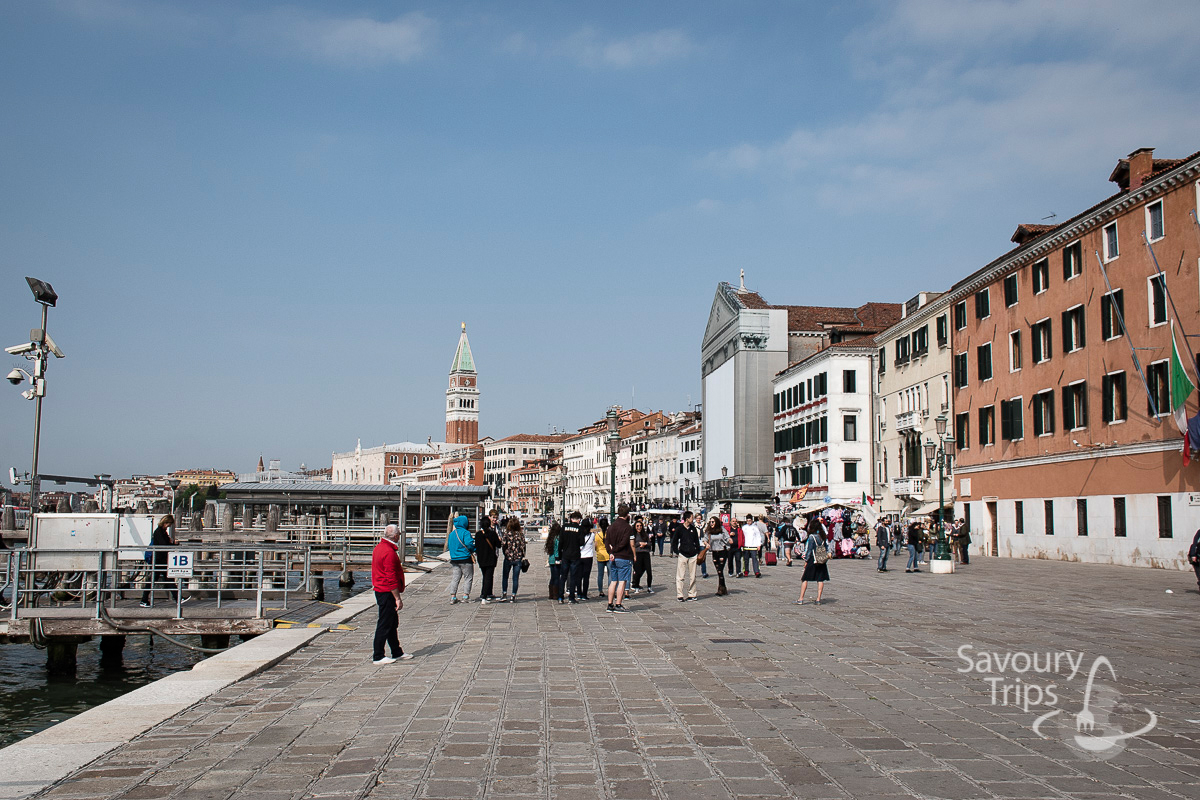 All the rest that came after is part of the stories…the trip to Venice has begun. 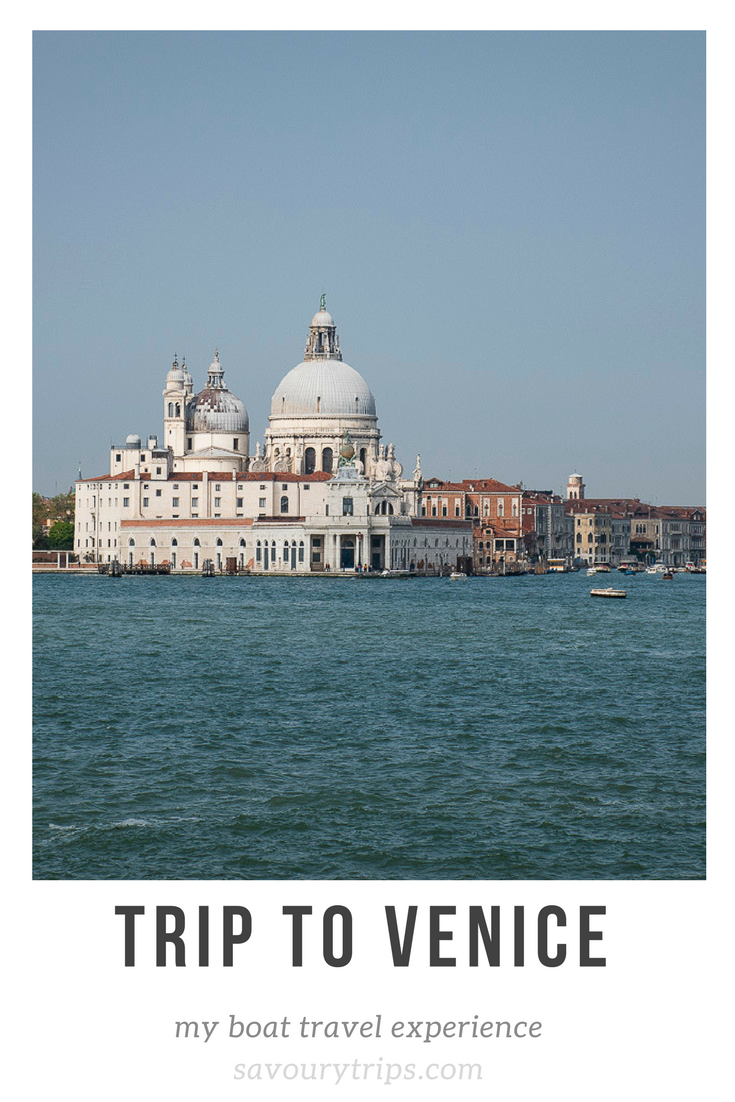 Top 13 things Livigno what to do or where to go
Test yourself is the Nassfeld ski resort made just for you?