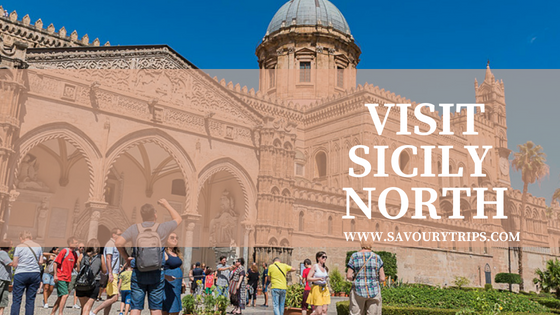 Sicily Palermo and Monreale, and the rest of the northern part

Sicily but Palermo, Monreale…Cefalu….Once I saw the south, southeast and the east, I was left with the north. The north is not such a popular holiday destination for our local agencies, but it is popular as sort of a sightseeing trip. But I really don’t understand why, because it’s the place I would really like to enjoy when it comes to going to the beach.

Palermo’s cathedral is probably the first place a Sicilian would take you to when you come to Palermo if he wanted to impress you with its beauty. It is a combination of styles that changed with the comings and goings of different people.

The exterior of the Cathedral

It took my breath away as well, but not so much because of the amount of gold it has, but because of its beauty, size and how well it was preserved.

Look at those details… 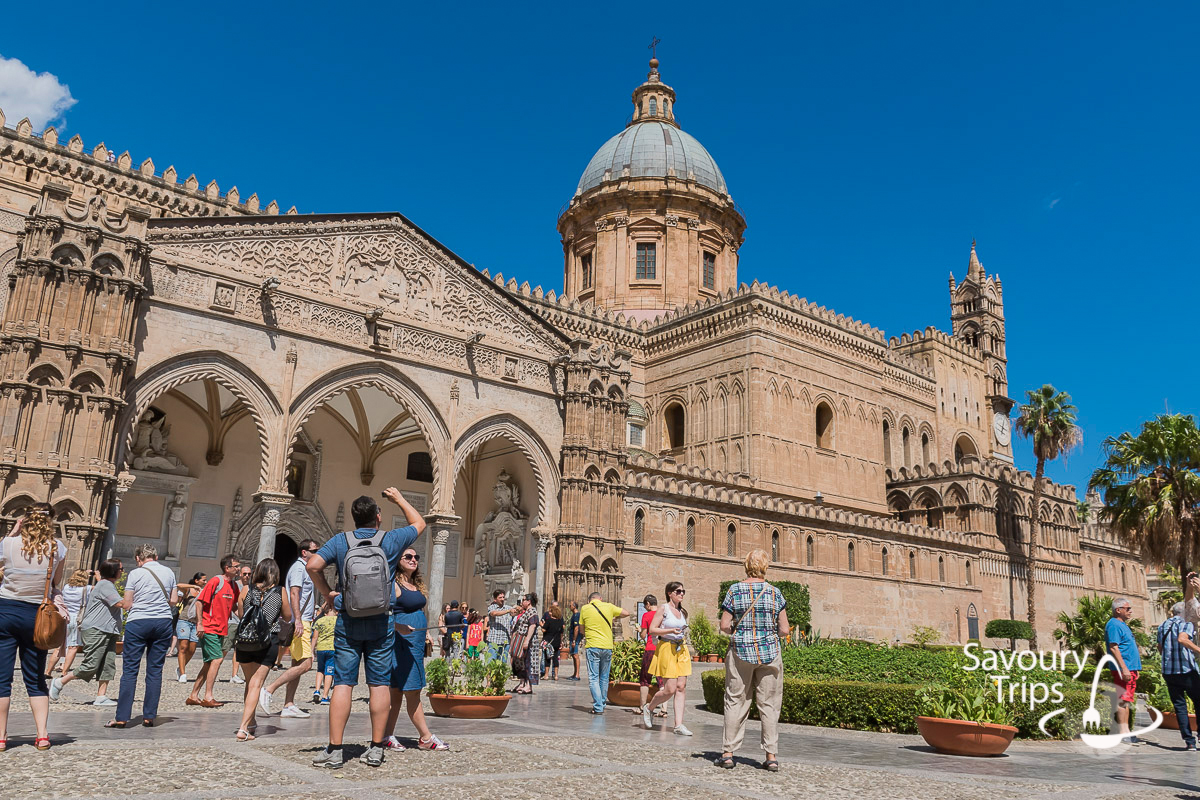 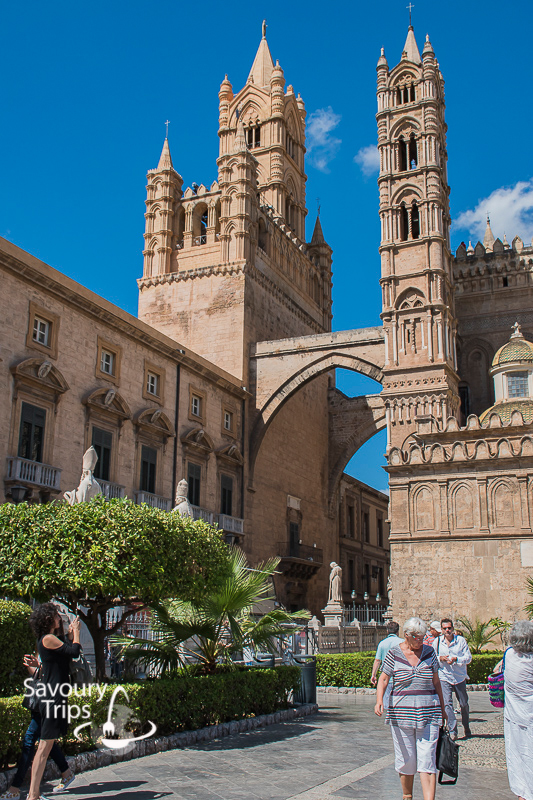 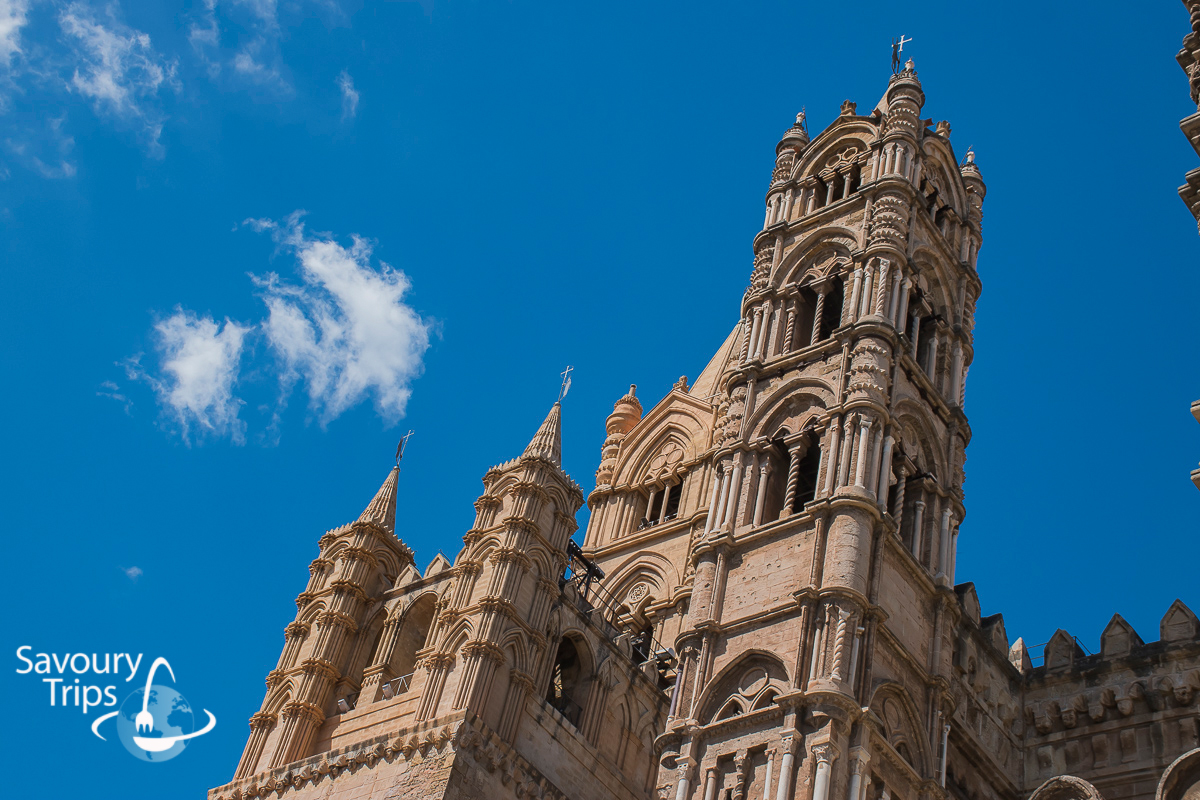 The interior of the Cathedral 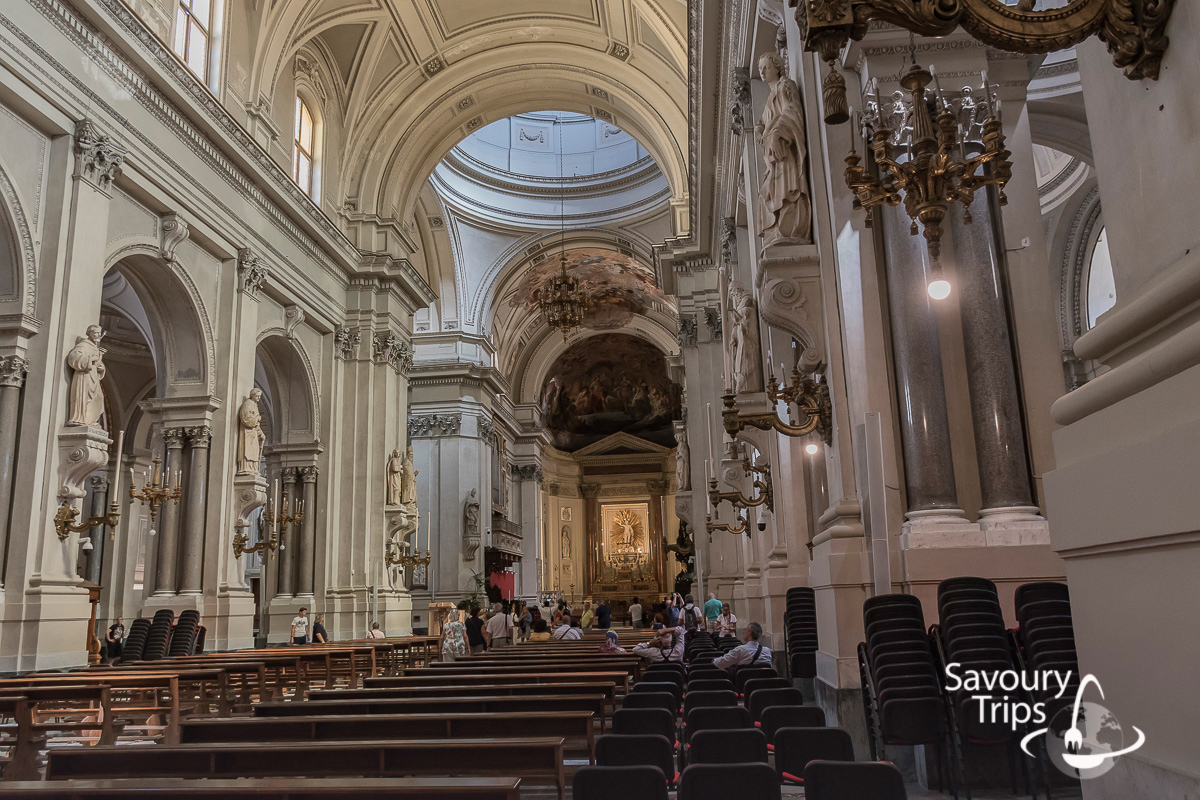 Palermo was the stronghold of Sicilian mafia, and the biggest fighters against mafia lived and worked in Palermo. Here is why I began this topic…I don’t know if you are familiar with the name Giuseppe Puglisi…

I hadn’t heard about it either until I heard the story of Palermo’s mafia. So, to cut the story short, he openly fought against the Sicilian mafia and organized crime. He tried to socialize young people that mobsters took under their wing. Unfortunately, he died tragically in 1993 by the same mafia he was fighting. He influenced starting a better life without the mafia and other people’s awareness. 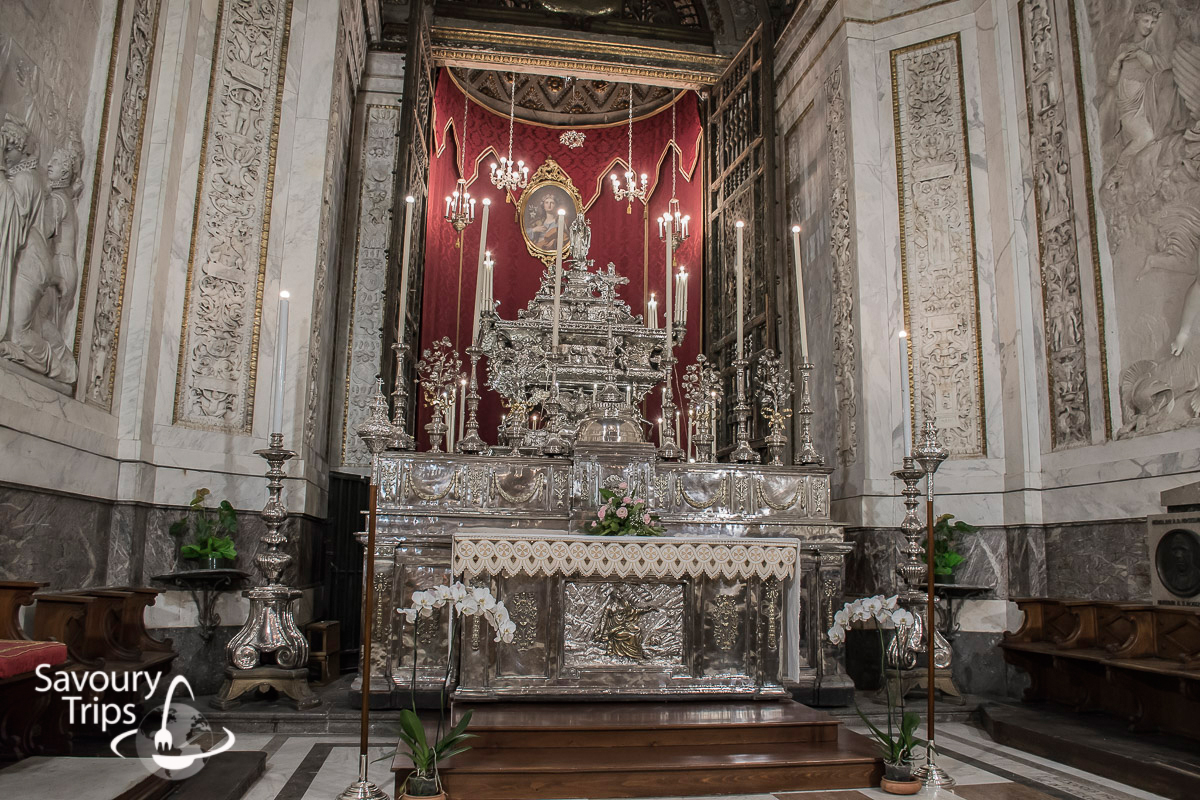 So a part of this cathedral (and grave) is dedicated to him…and he was made a God’s servant, that is, a saint. When I walked through the cathedral I was surprised by how many pictures of him there were and that one contemporary man can be a saint. I always thought saints were human figures that are not so similar to us. 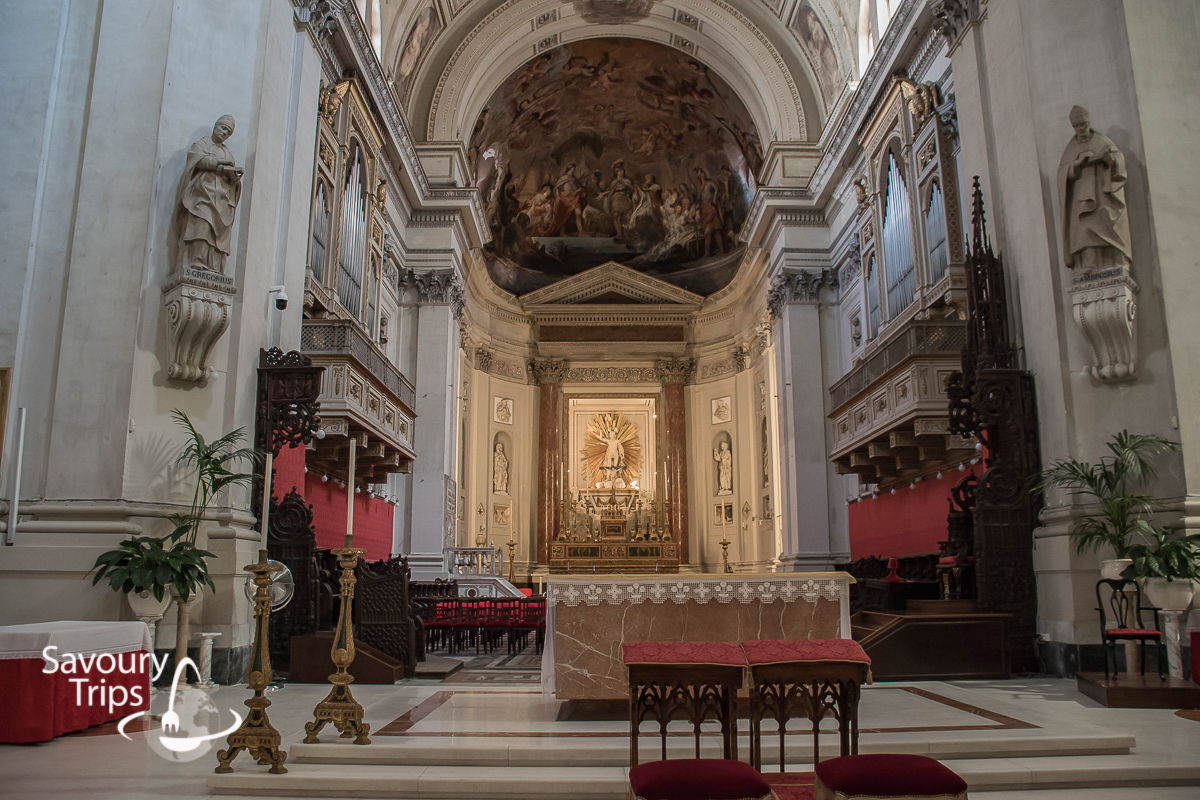 Where you have fighters, you also have memorials of the fight against organized crime.

This is a memorial for all the mafia victims including judges Giovanni Falcone and Paolo Borsellino. Here I go mentioning some names again…But I guess you have already heard about these ones. All those events and fights whether they were big or small, individual or organized through court made a turning point in Sicilian and Italian society. 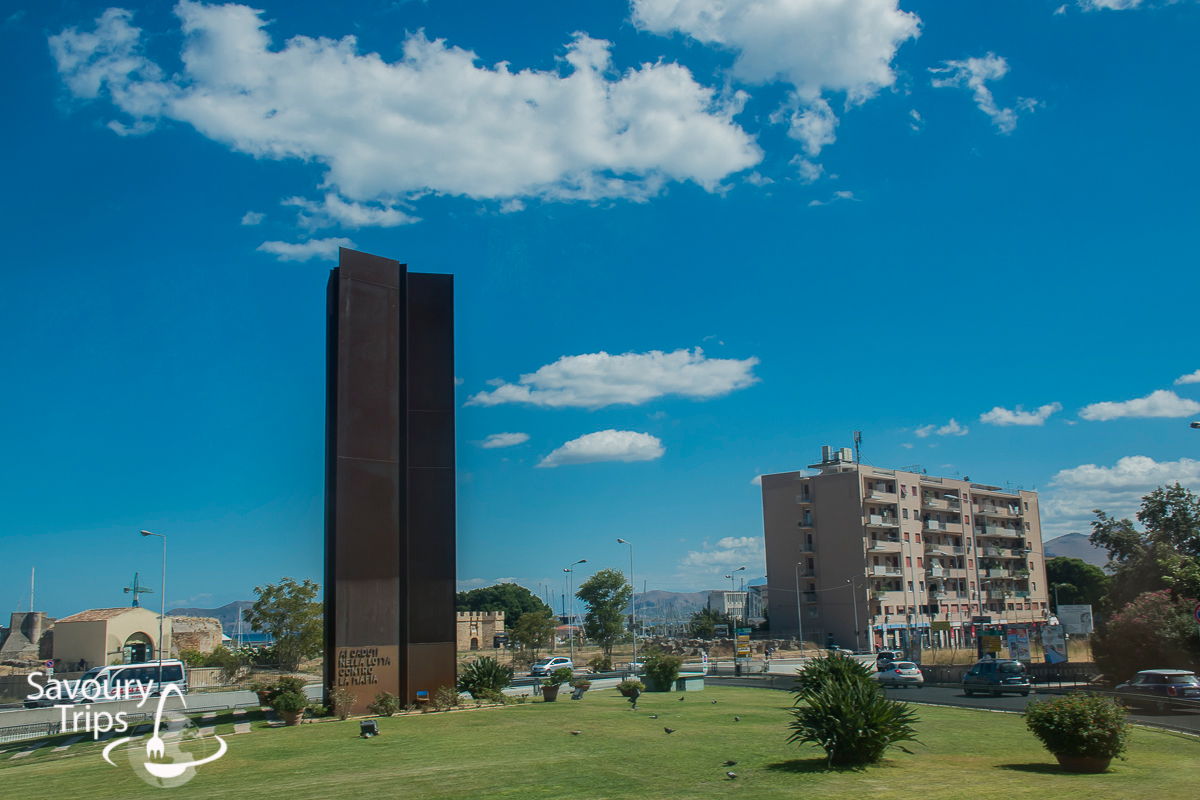 Mafia liked the old part of the town as well, and how wouldn’t they when it looked like that…so in the end…

What was left to do was walking through the historic part of the old town and seeing the Norman, Phoenician, Arabic and Roman culture all in one place.

Palermo surprised me a lot with its architecture. I expected to see splendor and luxury, but what I saw were buildings inwrought with scars of the times past.

This is a city that takes your breath away with both poverty and splendor…which stand side by side.

The three most important streets of Palermo are Corso Vittorio Emanuele, Via Maqueda and via Roma.

If you walk down only these three streets you will see the most important part of the old town.

I started with culture. Theater (Opera) Massimo is the place where you can watch some of the most famous operas even today. It is the largest one in Italy and one of the largest ones in Europe. 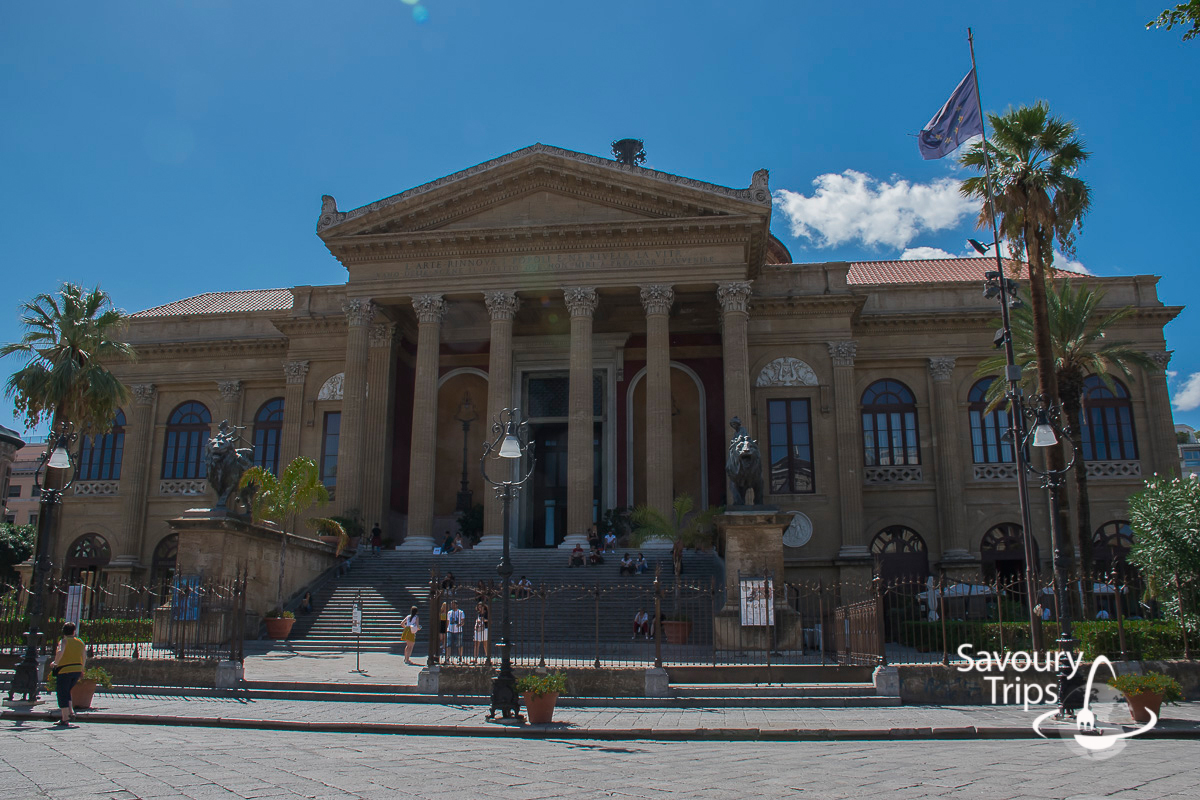 Walking further down the street I entered the pedestrian zone. 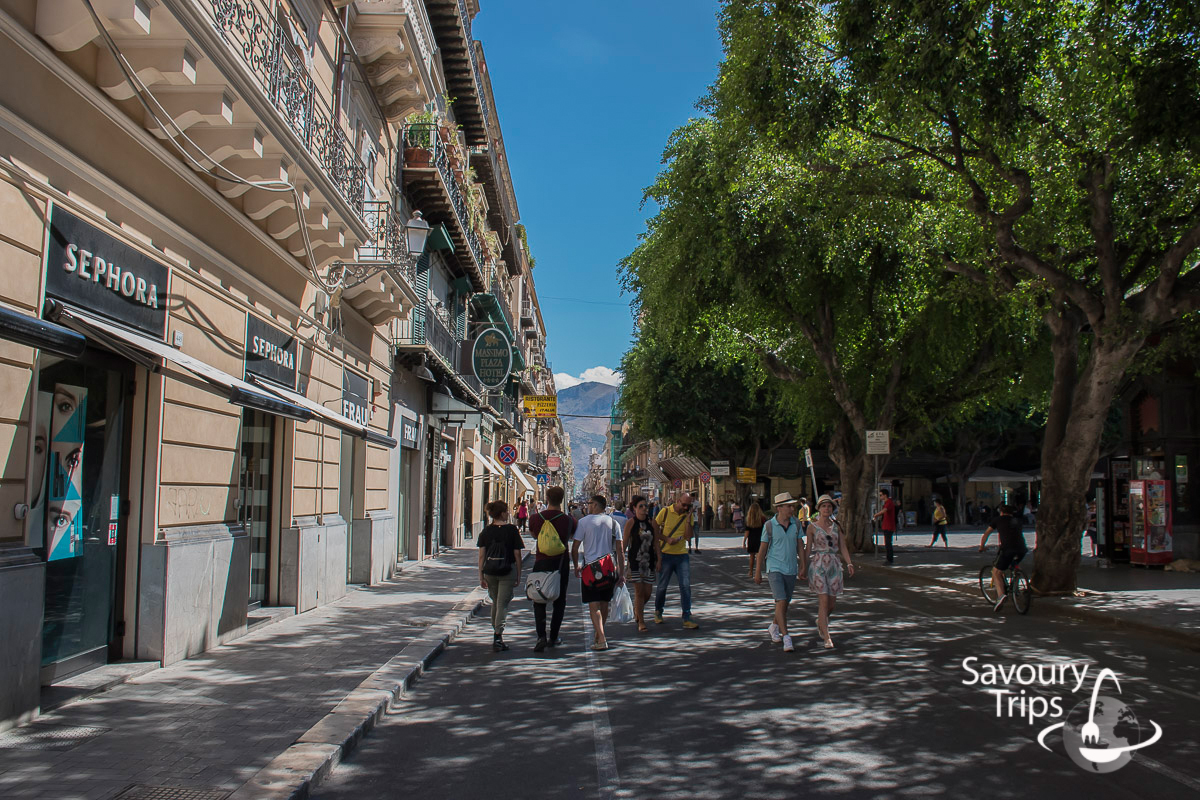 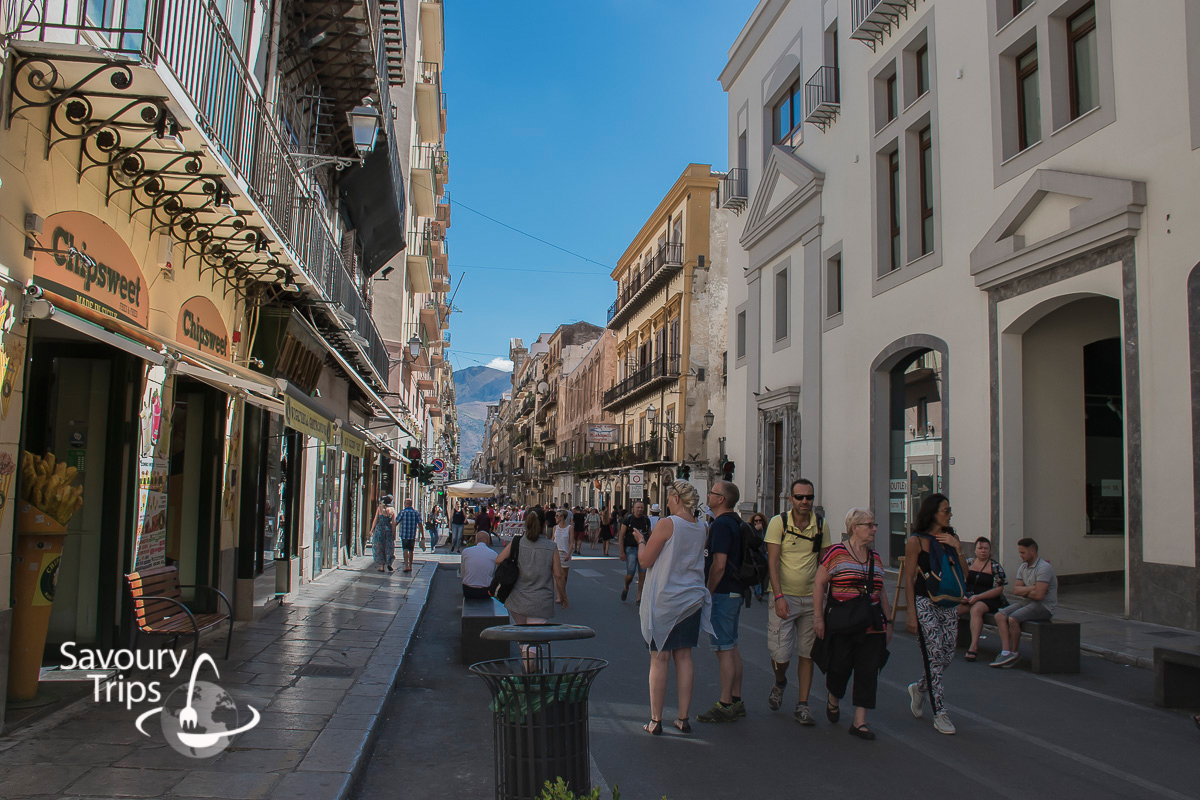 We looked around here a little bit…and then, halway through, I came across 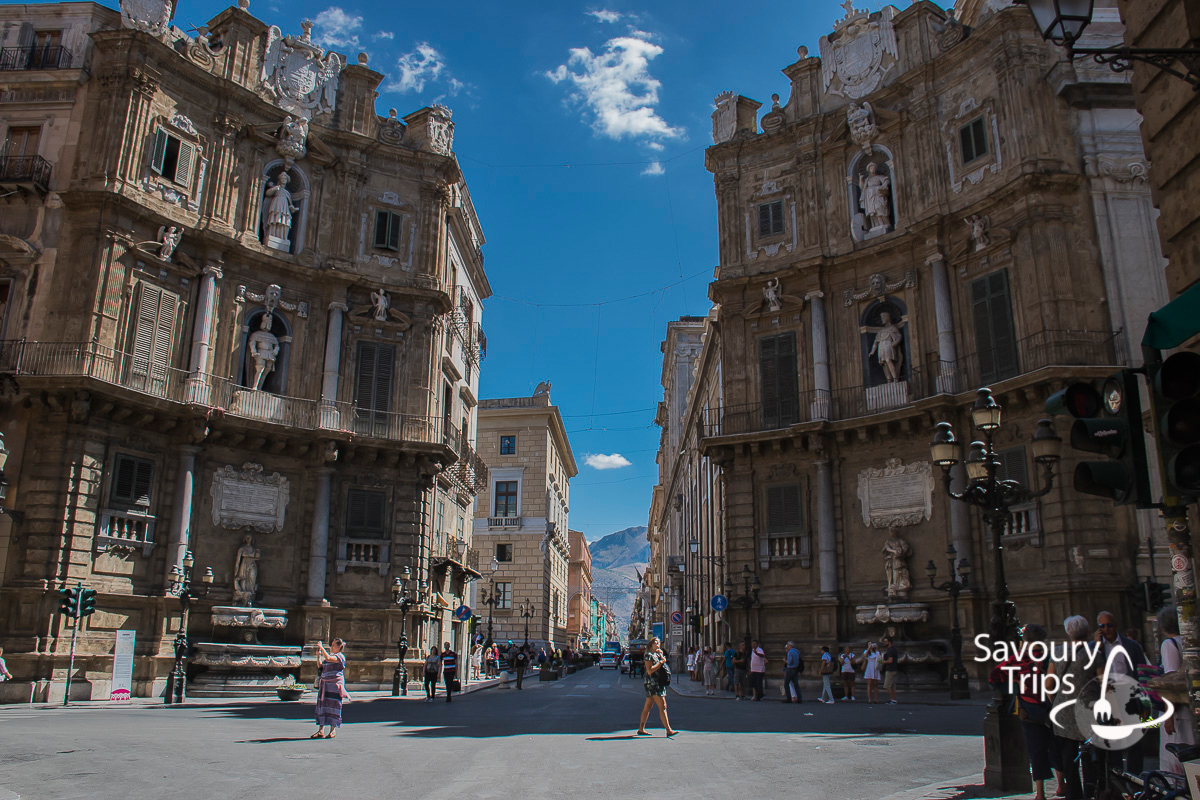 There is Pretoria square with St. Catherine’s church and the very Pretoria palace close by 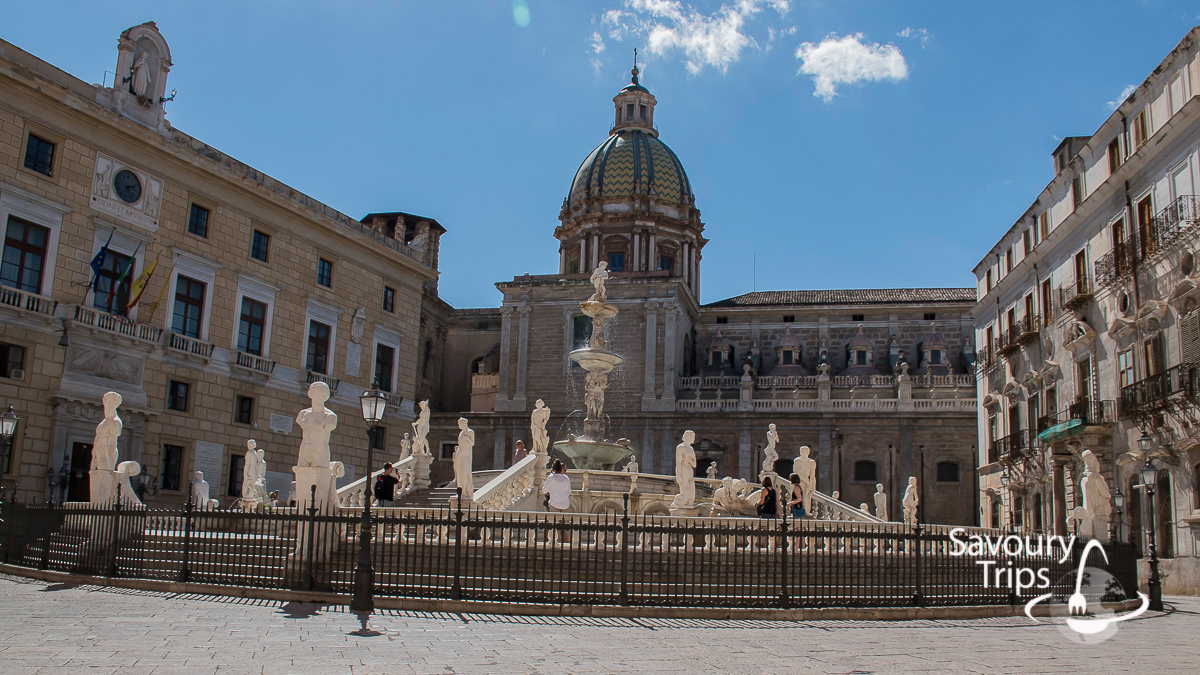 Pretoria square is also known as the Square of Shame. 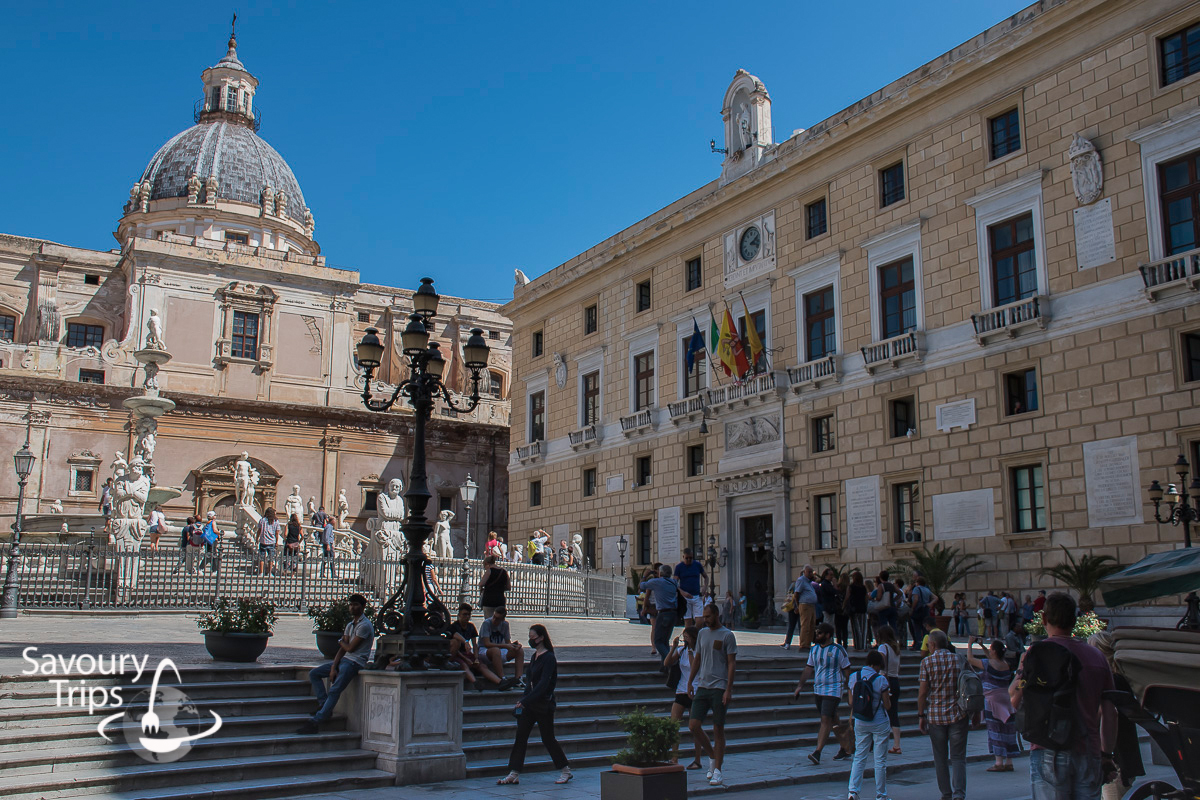 This is where the churches San Cataldo, La Martorana and Santa Caterina are located. 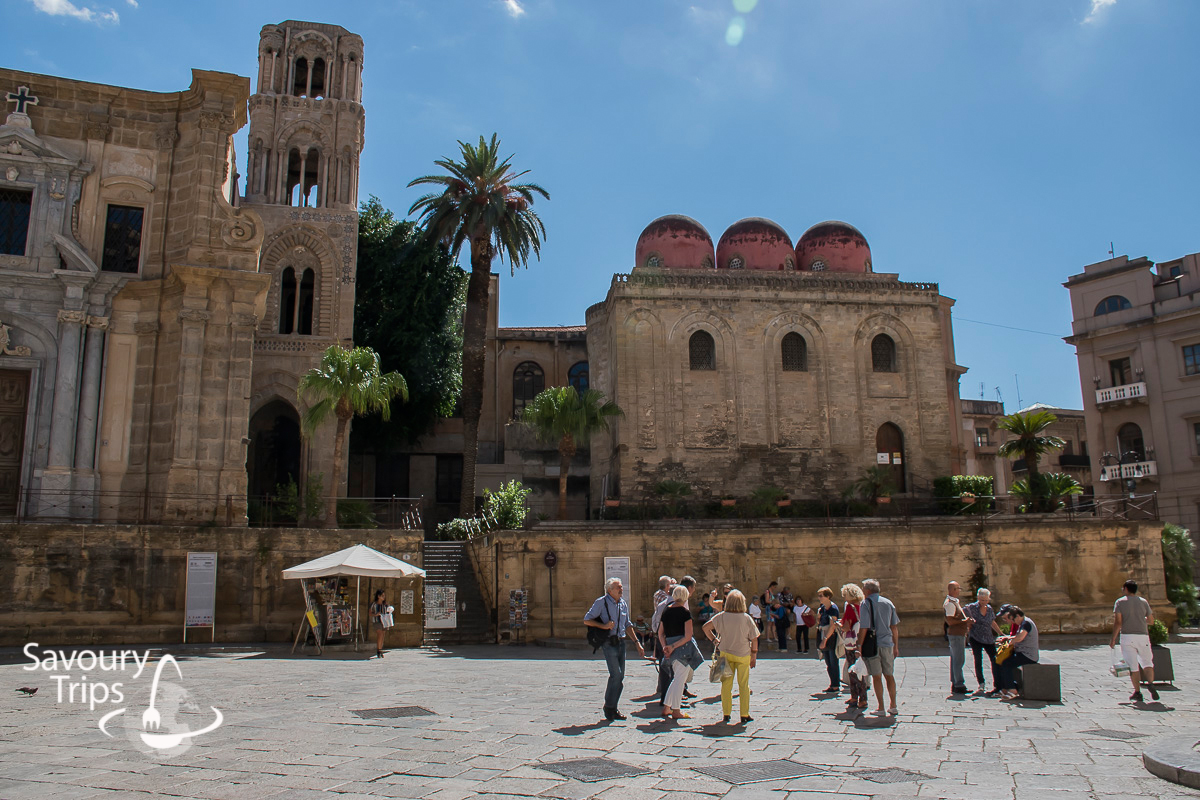 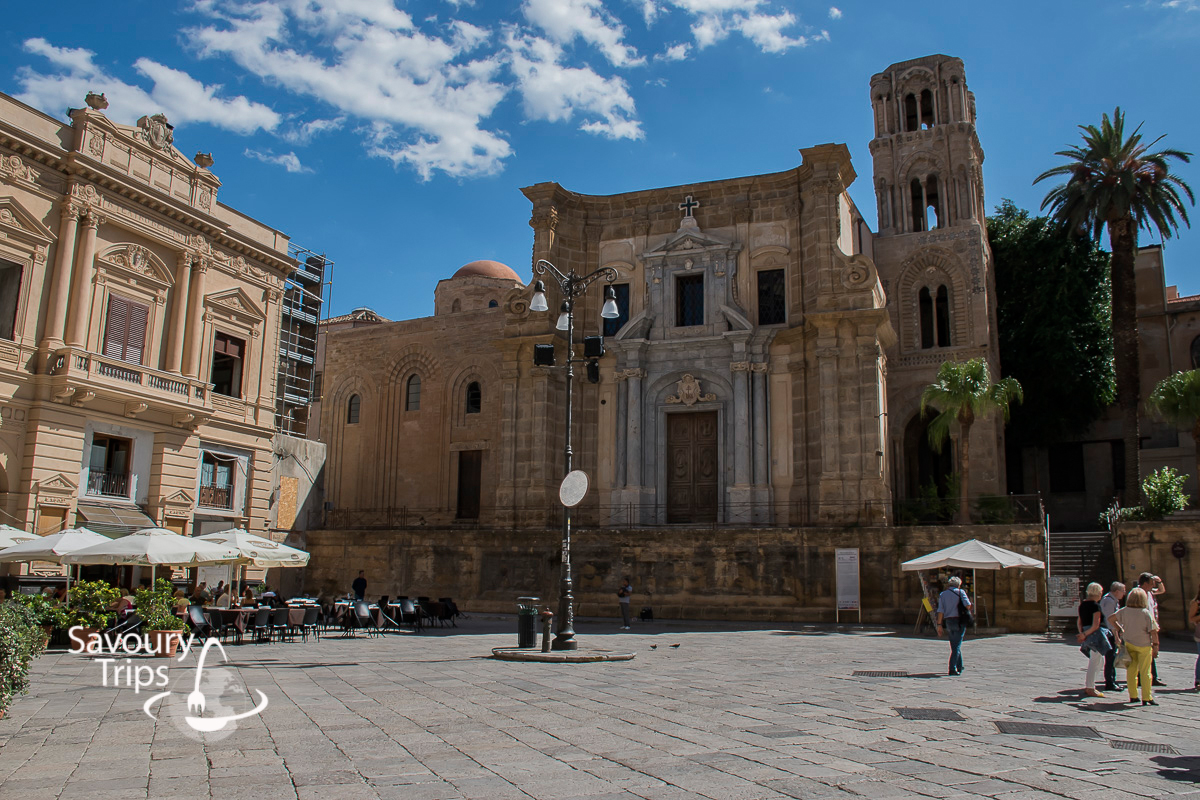 And then I combined my visit to Palermo with a visit to Monreale, which is located about 11 km from Palermo. This time I didn’t go to the beach, but you can certainly do that. About 20 minutes away from Palermo there is a place called Isola delle Femine with a nice beach and clean water. Or you can go to Mondello which is a bit closer to the city.

It is known for the monastery from Norman period decorated with magnificent mosaics (a combination of Byzantine, Norman and Arabic art) 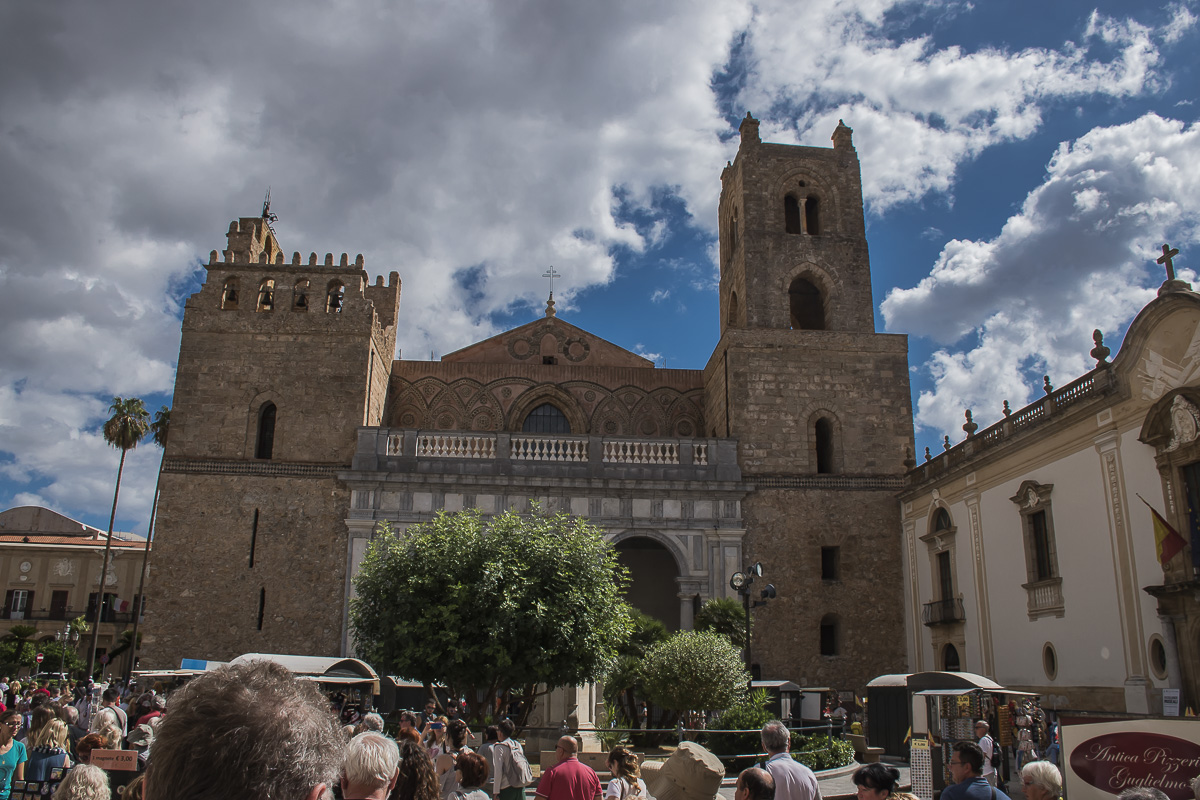 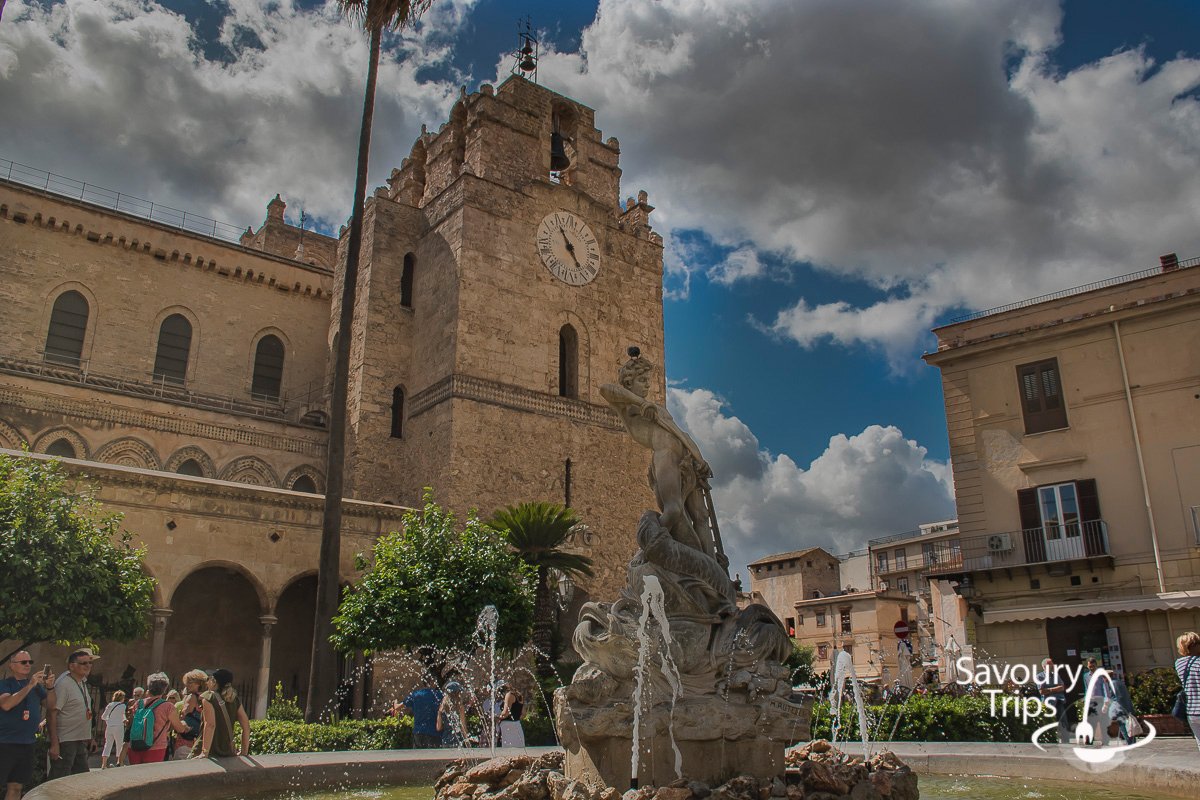 and its golden interior with Christ 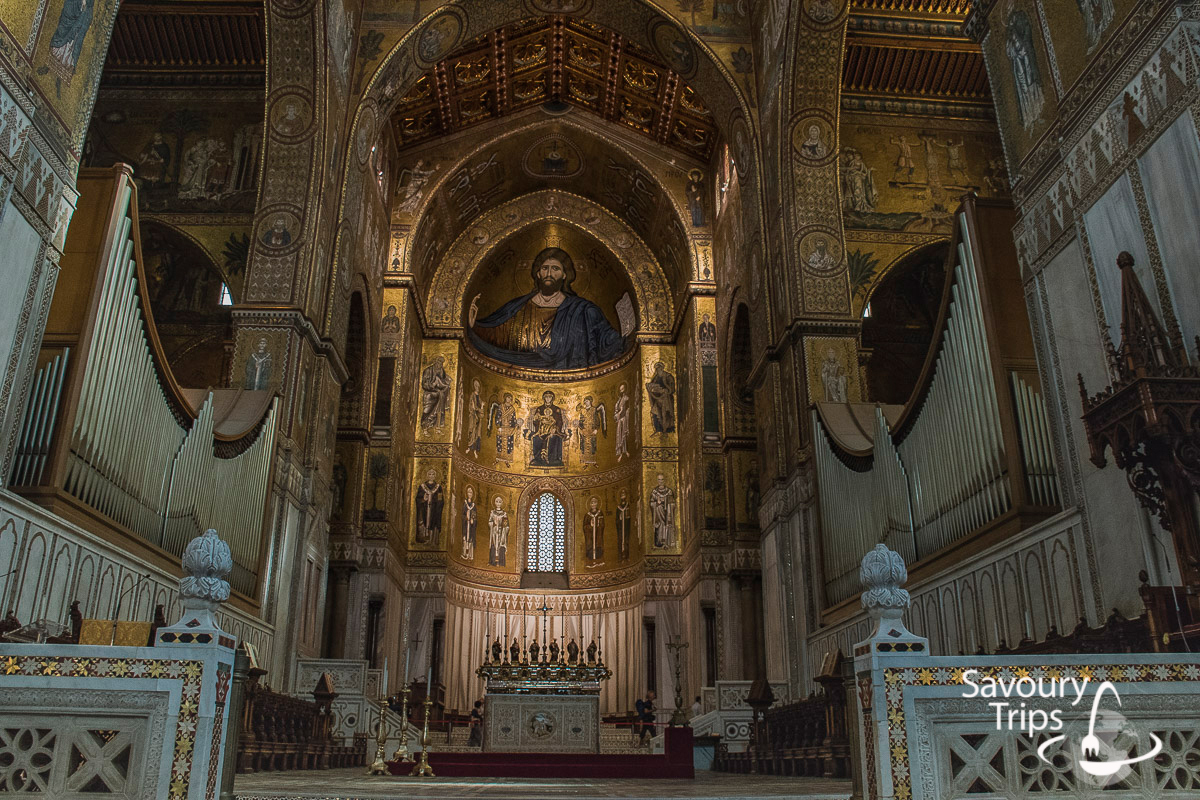 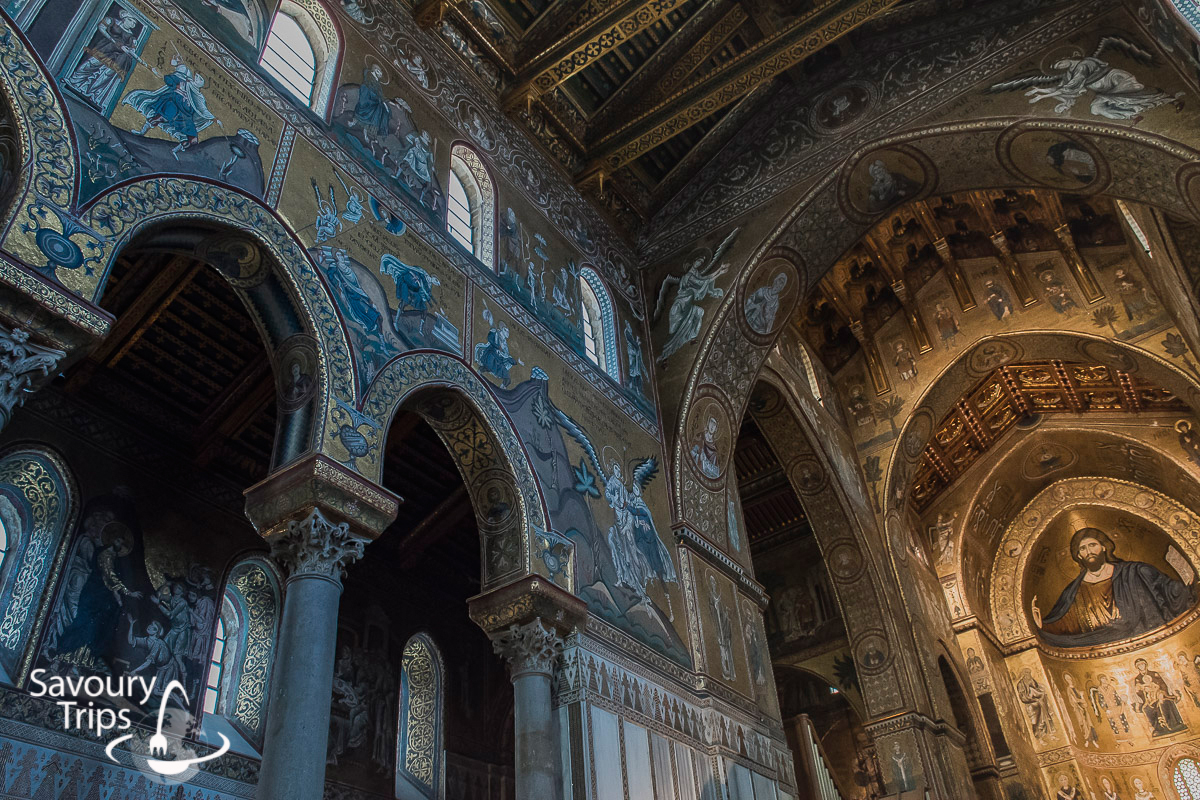 The streets of Monreale 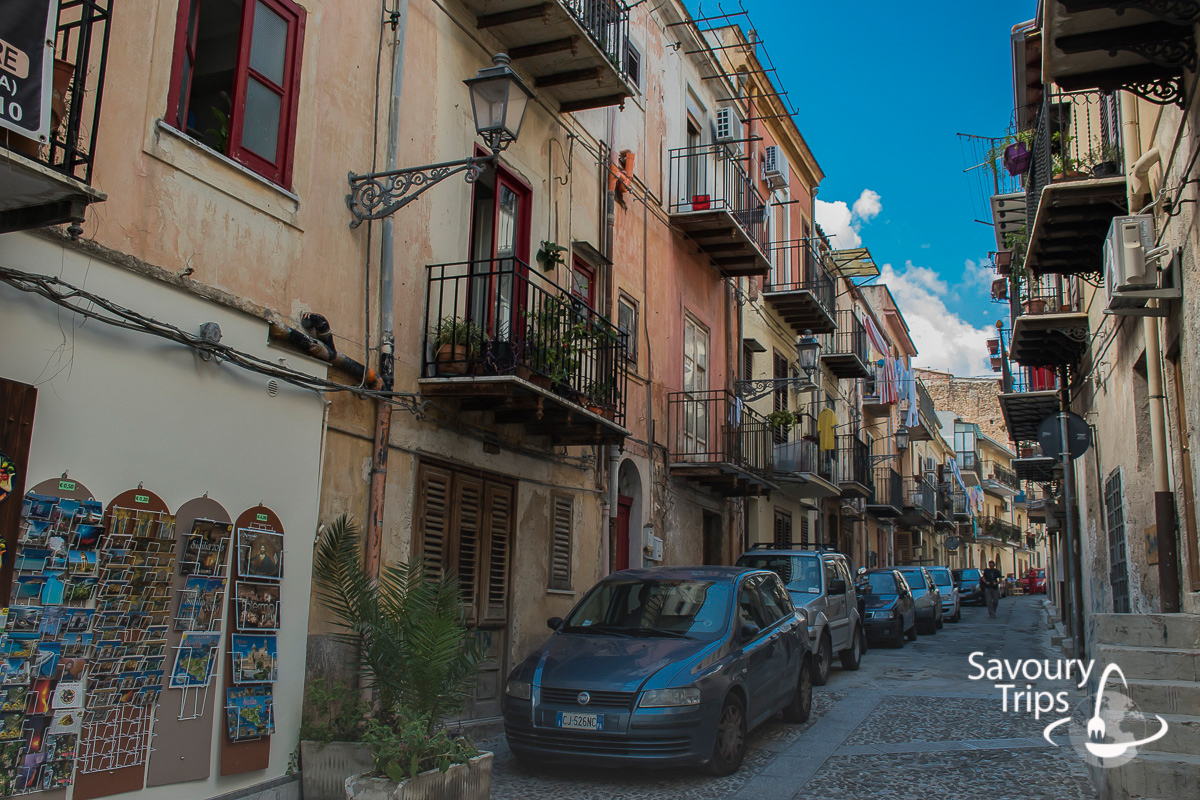 The agency trip from Giardini Naxos to Palermo and Monreale costs 55 euros and lasts an entire day.

Of course, there are a lot more interesting places to visit in Palermo, but you would need more days there (for example, I am very sorry I didn’t get the chance to see Catacombe dei Cappuccini even though they represent a very spooky tourist attraction)

They are also located in the north of Sicily and you need an entire day for them as well. So, to get to Aeolian islands you need to go first by car or bus, and then by boat. The islands are volcanic type, and you get to go for a swim at the black sandy beaches and sulfur baths. The visit to the island with a local agency costs about 75 euros. 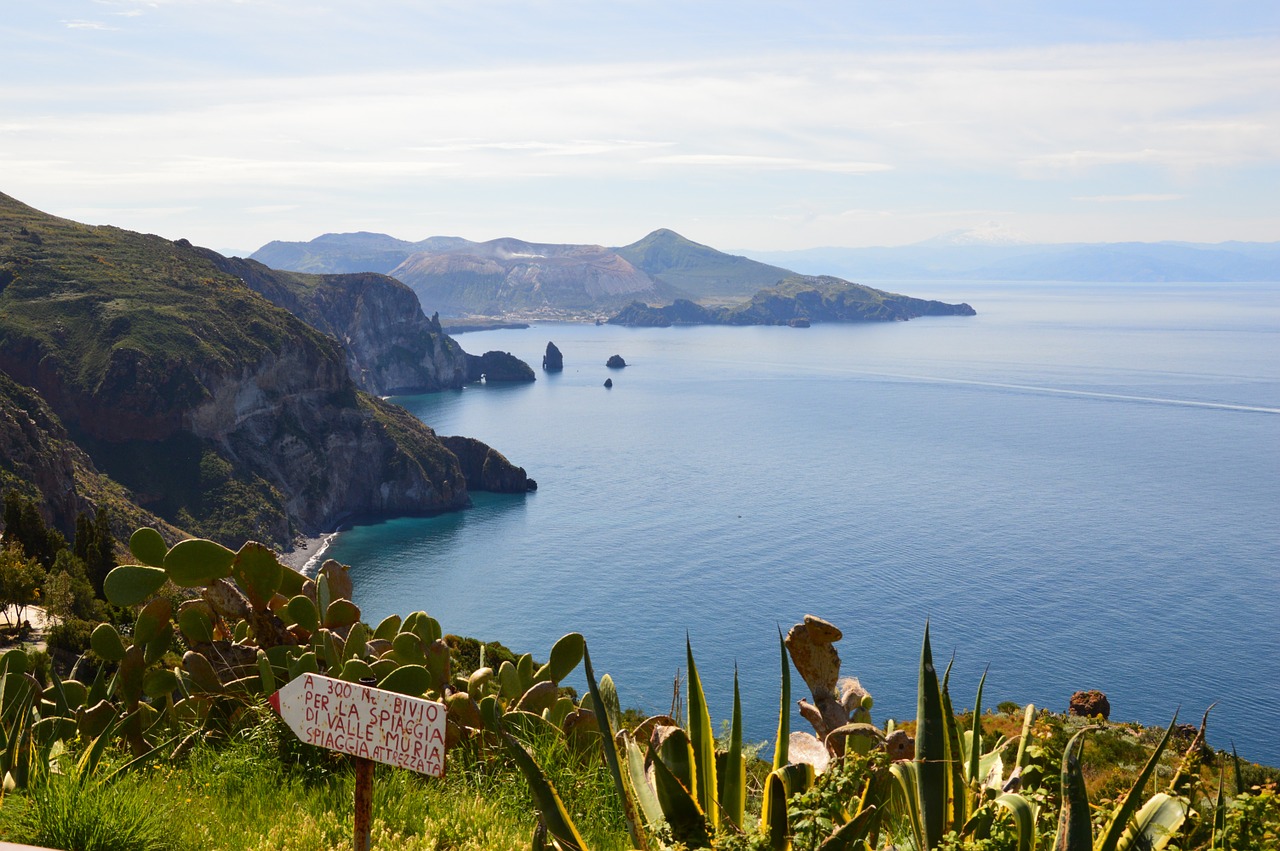 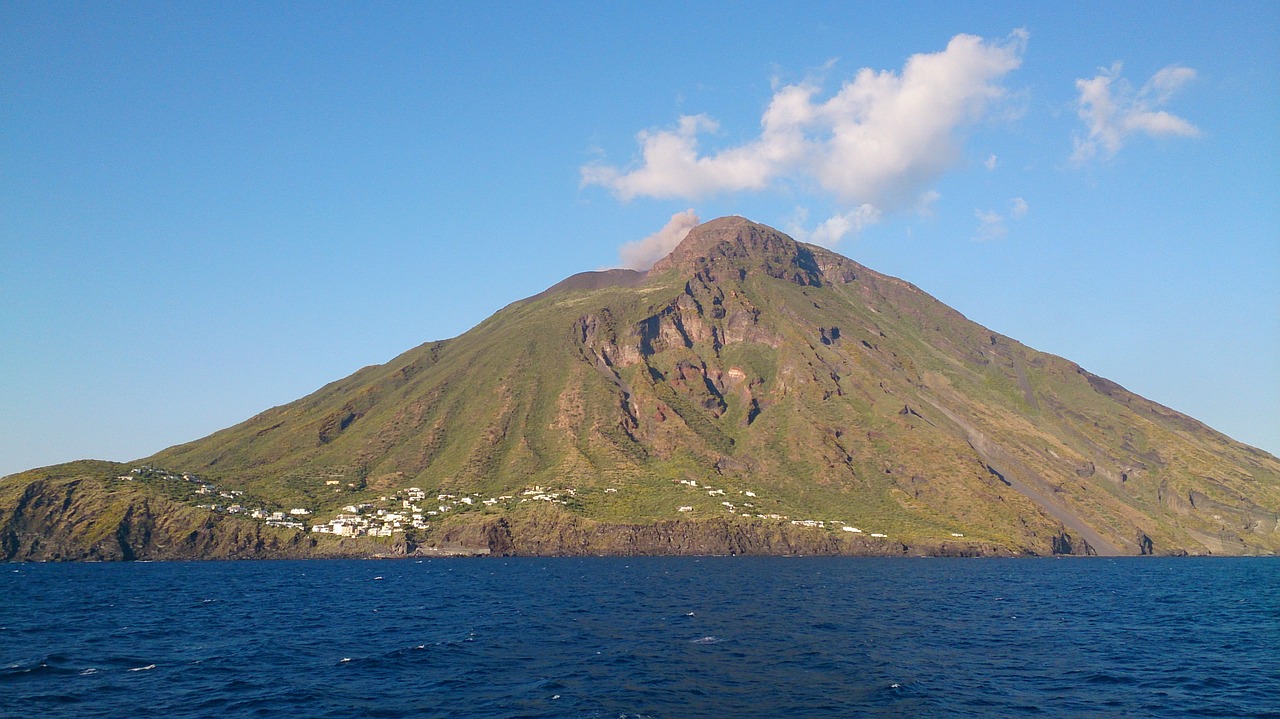 It’s somewhere between Palermo and Aeolian islands. I felt very sorry for not having enough time to see this as well. So I hope one of you will visit it and tell me all about it. Until then I will enjoy the beauty of this picture from Pixabay. 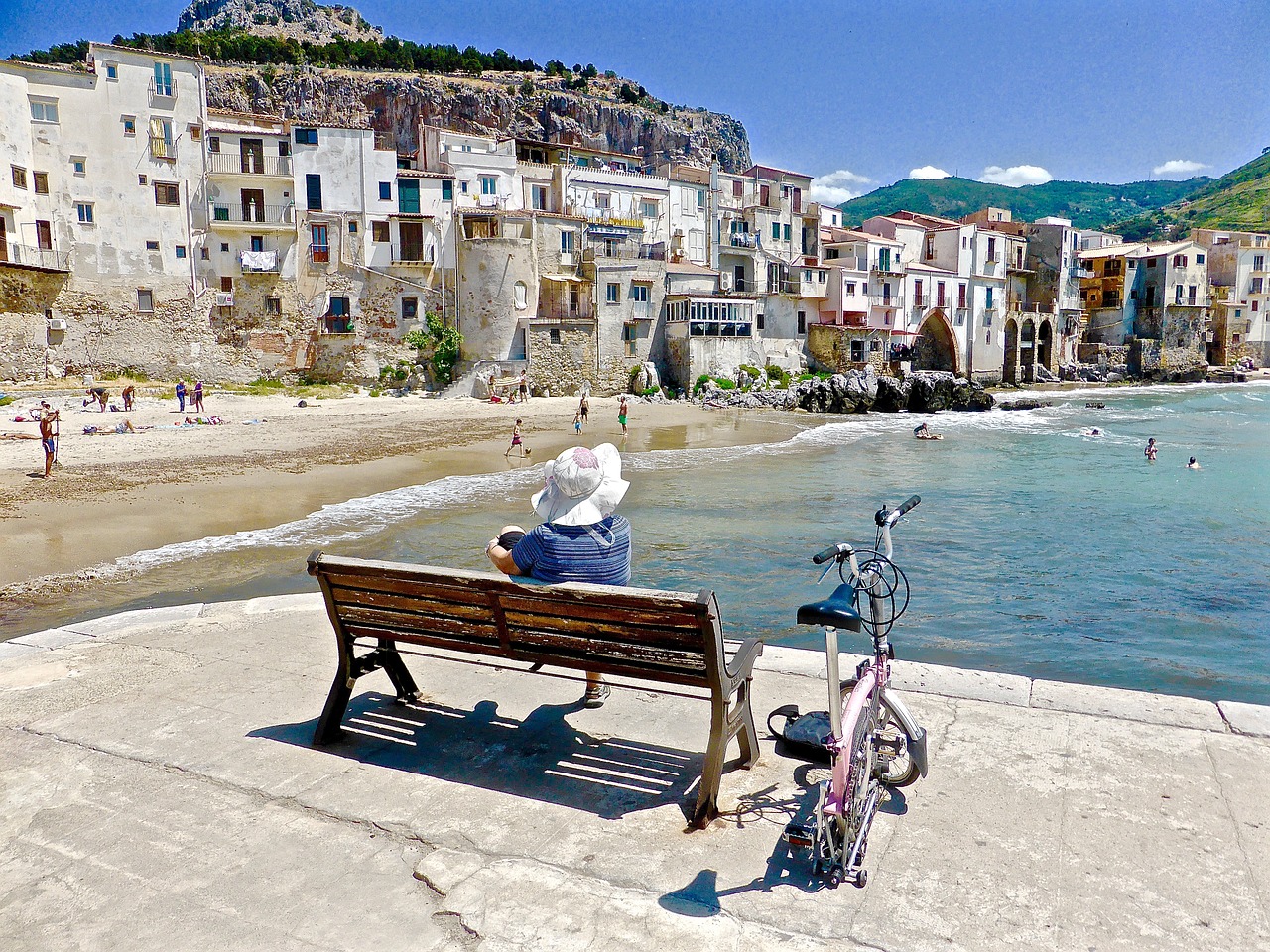 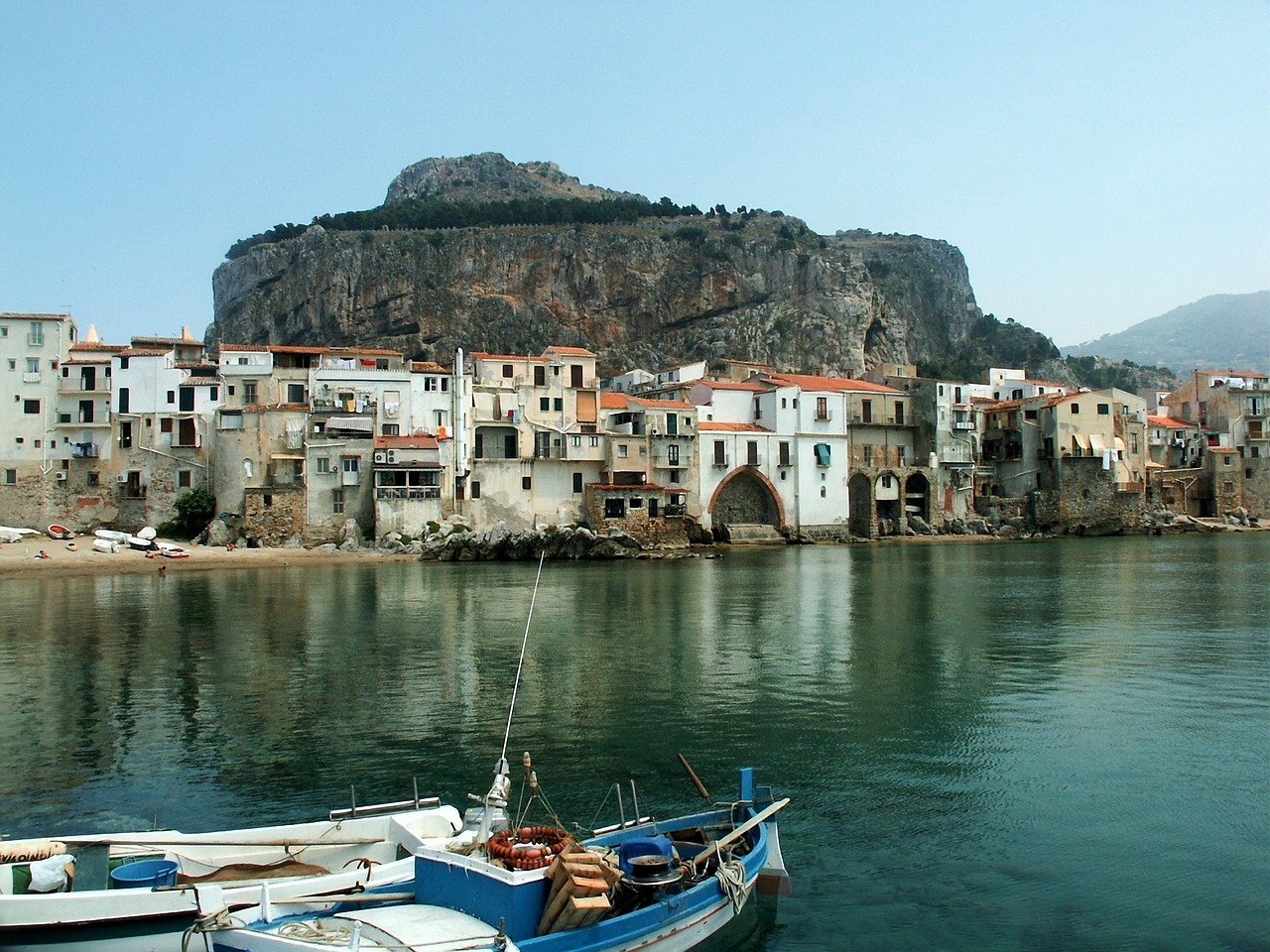 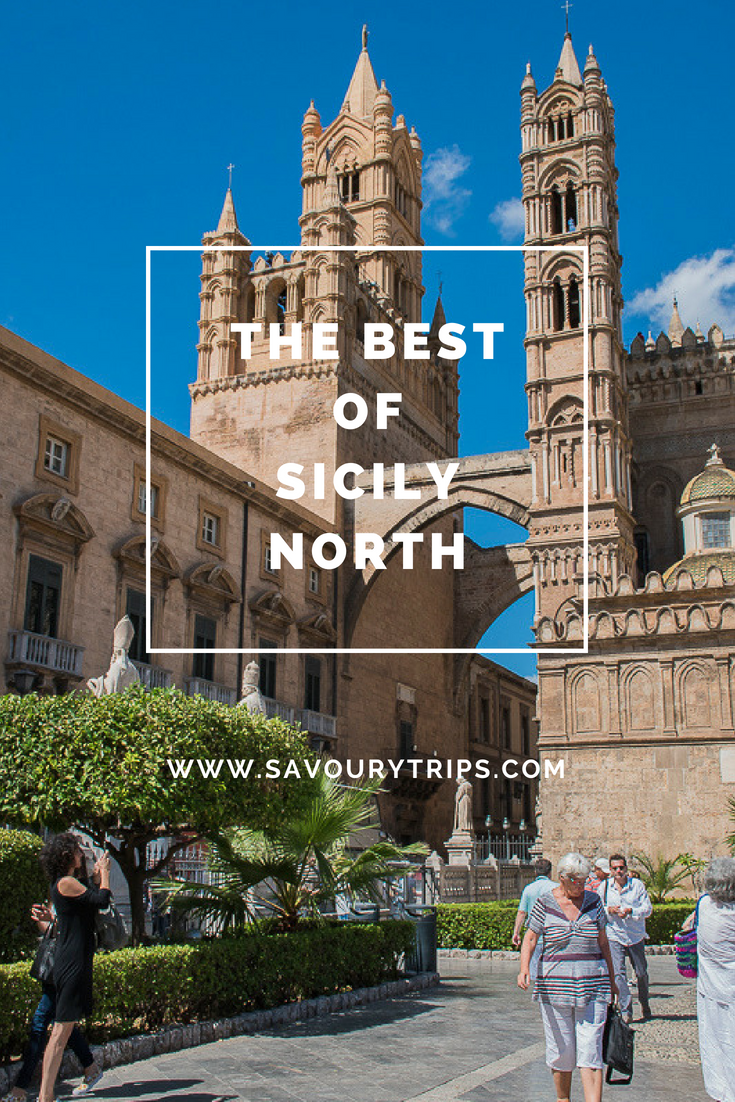 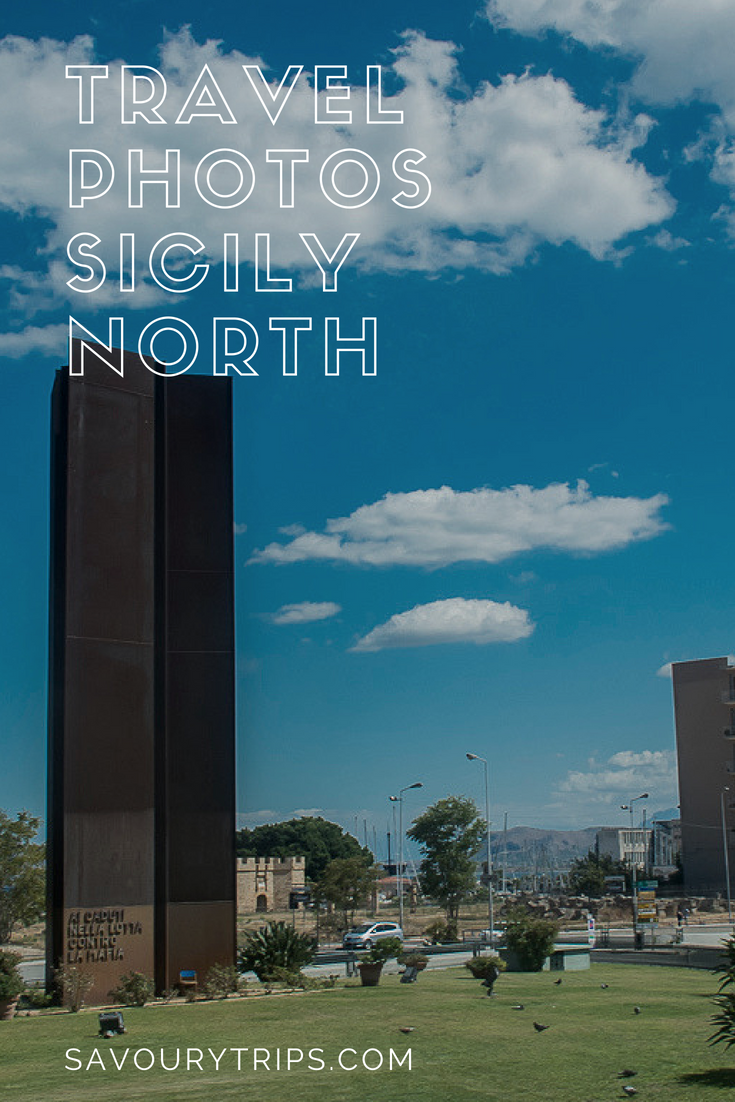 Visit Sicily South Valley of Temples, Agrigento and Piazza Armerina my experiences
How to choose good olive oil in the heap of offered?