How did we survive the first shipwreck and become sailors on Lefkada?

Your own or somebody else’s

For me, there’s nothing more beautiful than visiting beaches by boat. The perfect destination for that is Lefkada, because of its coast.

For this kind of enjoyment you don’t have to have your own boat, you can rent it or borrow it from your neighbors 🙂

Lefkada’s beaches with or without a boat

In this post, you will get all the information on which beaches you can visit with or without a boat on Lefkada.

The first signs appeared a long time ago – in 2011, on the west coast during our first visit to Lefkada. We bought our child a mattress for sea and the pool. It wasn’t just another sea mattress…it was a sea mattress in the shape of a boat 🙂 .

Power boat for those with large lung capacity

However, this wasn’t the end to our craziness, we didn’t settle on the shape…beside it, the sea mattress called the boat had a motor with an accumulator that charged on electricity. It was an amusement for the whole family. Not just for family, but for the extended family as well 🙂

It was an amusement for the whole family. Not just for family, but for the extended family as well 🙂

Not just for family, but for the extended family as well 🙂

Then we would all climb onto it…jump, get up, jump, dive, dunk one another into the water …drown…swallow the water, spit it out…cough…

Why do I always have a mouthful of water?

The beaches on the west coast

The west coast isn’t for small boats; maybe it is for some big yachts and those really big boats. It’s wild because it’s facing the open sea…as some would say it, there’s nothing all the way to Africa.

So we didn’t have our first shipwreck there neither 🙂

Here you have to arm yourselves with gasoline and every day go to a different beach…and, thank God, here you have many of them.

These are the ones you can get to by car, and in the end even they become boring:

Gialos and Egremni and Porto Katsiki in the distance

Last year (2016), just before the start of the season, they made the road passable. And this is how it looked like:

The consequences of the earthquake, above Gialos and the Egremni beach

No further, everything goes away

End of the road

The sea can at times be calm, but it can also get rough. Follow daily weather conditions. So those who like the waves can enjoy all day long.

You have a café, a beach umbrella – if you bring it… and all the sand is yours 🙂

Wonderful… a “must see”. A little bit more than a hundred steps and you’re there.

Where do you think you’re going if you don’t have stamina?

View from the stairs

There are sand and small pebbles. There is nothing on the beach except for the things you bring yourselves. All the cafés and small restaurants are located at the top.

The important factor here is the tide. If you chose the left side of the beach when you came down the stairs, the only way to get back to the car following the same path (and there is no other way) is to put things on your head and go through the sea (the water is to your waist) or to wait for the low tide.

This was the beach that we visited the most when we were on Lefkada for the first time. It had everything.

And I mean everything – showers with fresh water, restaurants, a toilette, parking lot, sand on the beach, you could go with or without the umbrellas and sunbeds…

And that’s why it was always crowded…

Here’s another reason for doing nautics…you don’t have to be early, hurry, occupy 🙂  You can just relax 🙂

Gone with the waves (Kathisma)

It’s in the north (between the main town Lefkas and Tsoukalades) like an embankment. It’s excellent for those who like the wind and all the extreme sports for which the wind behind your backs is more than welcome 🙂

But besides this place, there’s another world famous surfing place (you will see it in the video). It’s Vasiliki in the south of the island.

The one you can’t go to anymore

The beautiful Egremnoi or as we call it Egremni. This beauty used to lay on 300+ steps in one direction (in the sun). A part of it still lies there, but without the steps and full of landslide.

Unfortunately, it was destroyed during the last earthquake. It was closed in 2016, and it will be closed in 2017 as well…and who knows when we will be able to go there because minimal temblors still happen…

Until that, all we have are memories…and mine are here:

The rest on the west side

There’s Milos beach too (besides Kathisma, big strand, blue electric water 🙂 no beach umbrellas and sunbeds, Megali Petra, Pefkoulia and at the entrance of Lefkada is Ammoglossa beach.

Having visited every beach a few times, gone up and down the stairs, we said – enough…give us something new…

Following the new, we ended up on the east coast 🙂

Calm sea, small boats, sailing boats, speedboats, romance…love…restaurants…ferry and big tourist boats, excursions and agencies that take you around the island through seaside…

These tourist boats – NO, we already said it and explained it here, we won’t mention them again. The first time we went to Nydri and we have kept coming here for three years already 🙂

The beaches on Lefkada are prettier on the west coast…

We are here for the nautics 🙂

We rented a boat, and nobody knew how to ride it 🙂

Part of us on the rented boat

What do you think a person from Sumadija ** looks like on a boat? 🙂

** Sumadija is a geographical region in the central part of Serbia. The area used to be heavily covered with forests ..something as Tuscany in Italy. We could say that they have “no talent for sailing”.

A man from Sumadija as the first time boater

Of course, they gave us a boat with a motor, for which you don’t have to have a special boat license. Fearing a shipwreck, we were moving right next to the coast. There were 7 of us on that poor boat – enough to get overturned 🙂

Meganissi, only by boat could be rich

What boat gives you, and what you can’t do with a car (according to my experiences):

We saw and tasted all of that on our small ark. Our hearts were full and big as if we had a million dollar worth yacht in our possession…And we sailed with our heads held high…It was love at first sight 🙂

It was love at first sight 🙂

The day was coming to its end and we were going to return our “million dollar treasure”…that’s when we saw how amateurs we were. We were in full speed (which was 20km/h)…and he…I think he started to move in higher speed…the monster was approaching us with an immeasurable speed compared to us… The waves are starting to appear…at least a metre high…let’s say a metre and a half since when you are afraid you see everything bigger than it really is 🙂

Our eyes rolled all the way to the top of our heads…thiiiis big…where are we going now?

What should we do? The fear is getting bigger…it’s cramping our faces…everyone is bewildered…

Whoever that was…I thank him, because if it hadn’t been for him…we would have ended up under the boat instead on it 🙂

With cool-headed (as we could be in that moment) enough to turn “the little tub” at the angle of 45° in order to cut the approaching wave…we hit the wave, and it hit us…

It only picked us up……Shipwreck…

About 200l of water got into the boat…luckily nobody drowned 🙂

But all our things were wet…cameras, wallets…the rest of the food…beach umbrella…that’s why I don’t have any pictures to show you…

We counted everything…and started to throw the water out with our hands…as the hands weren’t enough…the caps, strayed sponges and everything we could use followed…

That’s how we experienced our first shipwreck 🙂

And they all lived happily ever after

As you can see, the story has a happy ending… today we remember all of this with a smile…and I think we will never forget it…

But all in all…ever since then, we have learned how to steer and now we wouldn’t change our boat for any kind of beach touring by car.

We have got the captain

Our captain our boat

So if you are on Lefkada…don’t miss the chance to rent a boat…It is after all a completely different kind of holiday which even in your dreams can’t be compared to driving the car from beach to beach.

Now it is time….for food and sleep 🙂

And beaches are going to sleep…. 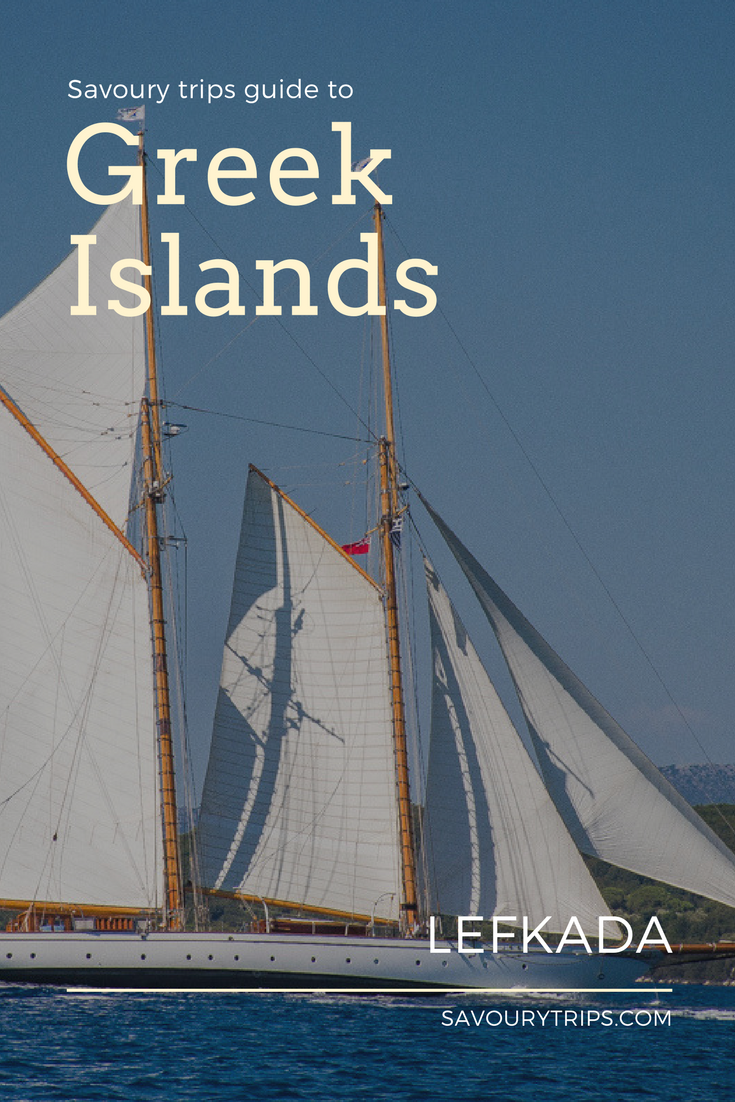 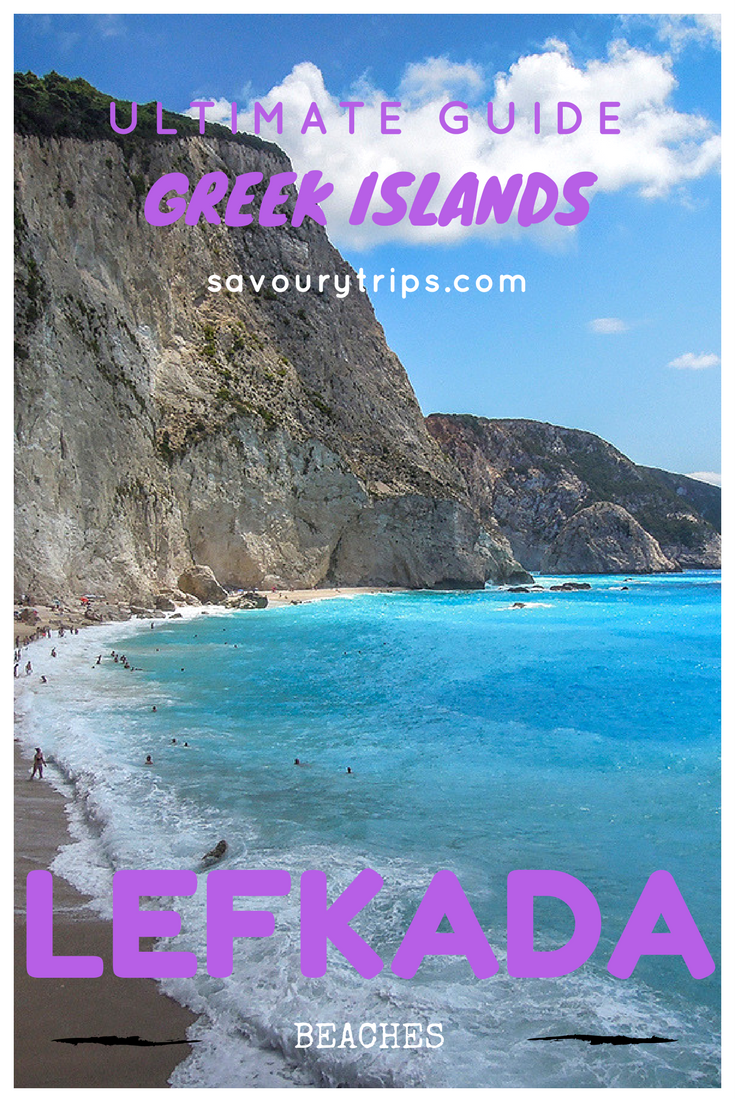 2 Responses to How did we survive the first shipwreck and become sailors on Lefkada?