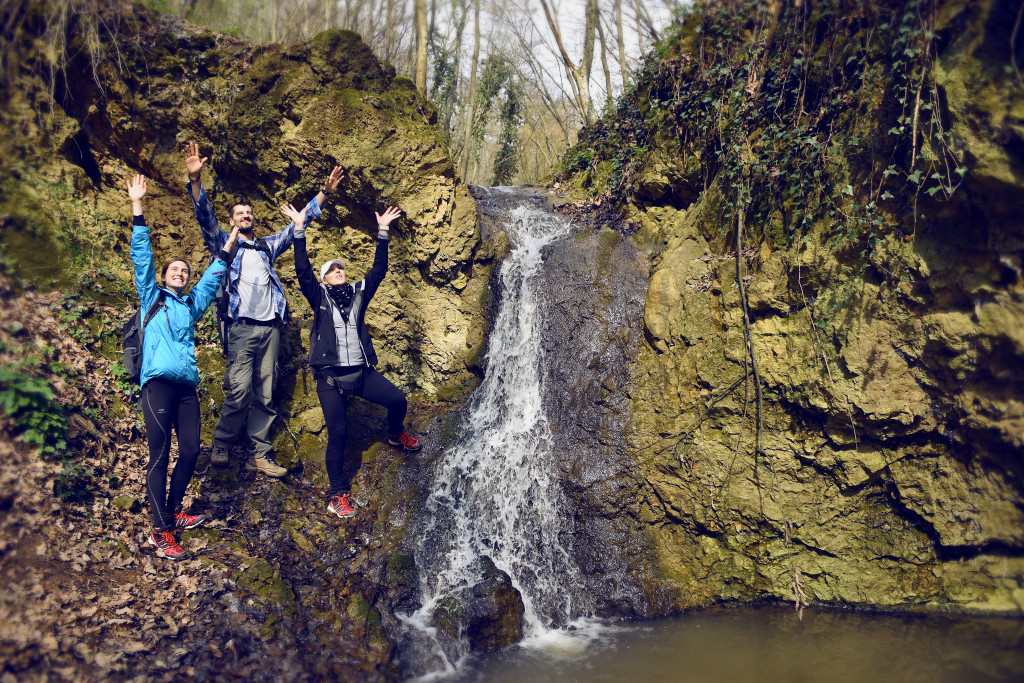 The wonders of Fruska gora

The wonders of Fruska gora

Get to know Serbia so that you would love it more!

I will begin the adventures throughout Serbia with the story of Fruska gora and the mountaineers, at the crack of the dawn, at 7 a.m. (early birds would surely sleep during the bus ride). I have to admit that I had never before spent an entire day in Fruska gora. We would usually go there and have lunch in a restaurant, and then go back home. I soon realized that it was one of the popular destinations in nature, where you can enjoy barbequing, while your boys play football, girls volleyball, or even football, and where you can hike.

A crowd of people assembled on the slopes of Fruska gora that day, along with their backpacks and hiking poles.

The event was organized by the mountaineering club ‘Policeman- Josip Pancic’. If you associated this with a police squad, I have to reassure you, there were no officers, at least I didn’t recognize them as such. The Belgrade crew was led by Milan Vojinovic, who did a great job organizing everything, so that even on the way back we had real home baked cookies in our bus. Yummy.

The route we were hiking by this time was probably one of the dozen other routes that exist in Fruska gora. Which one you would take depends on what part of Fruska gora you want to see. This time, I decided for the streams and waterfalls. 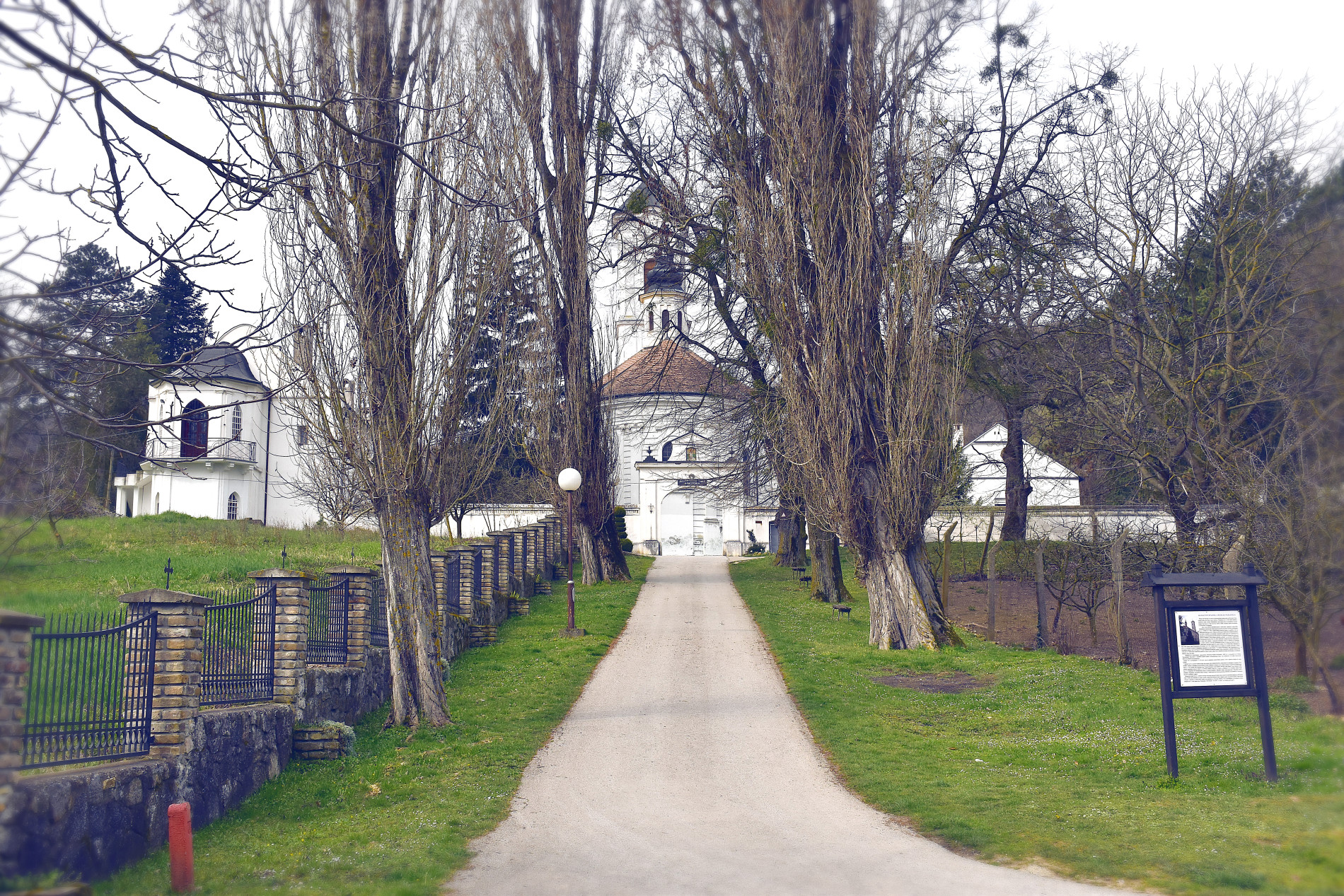 Mala Ravanica monastery is only one of thirtyish other monasteries there are in Fruska gora.

It took us an hour and fifteen minutes to get to the Vrdnik monastery (known as Mala Ravanica) for which the date of building is unknown. The first documented data about it dates back to 1566.

It was a nice place for a break, the first morning coffee and breakfast. 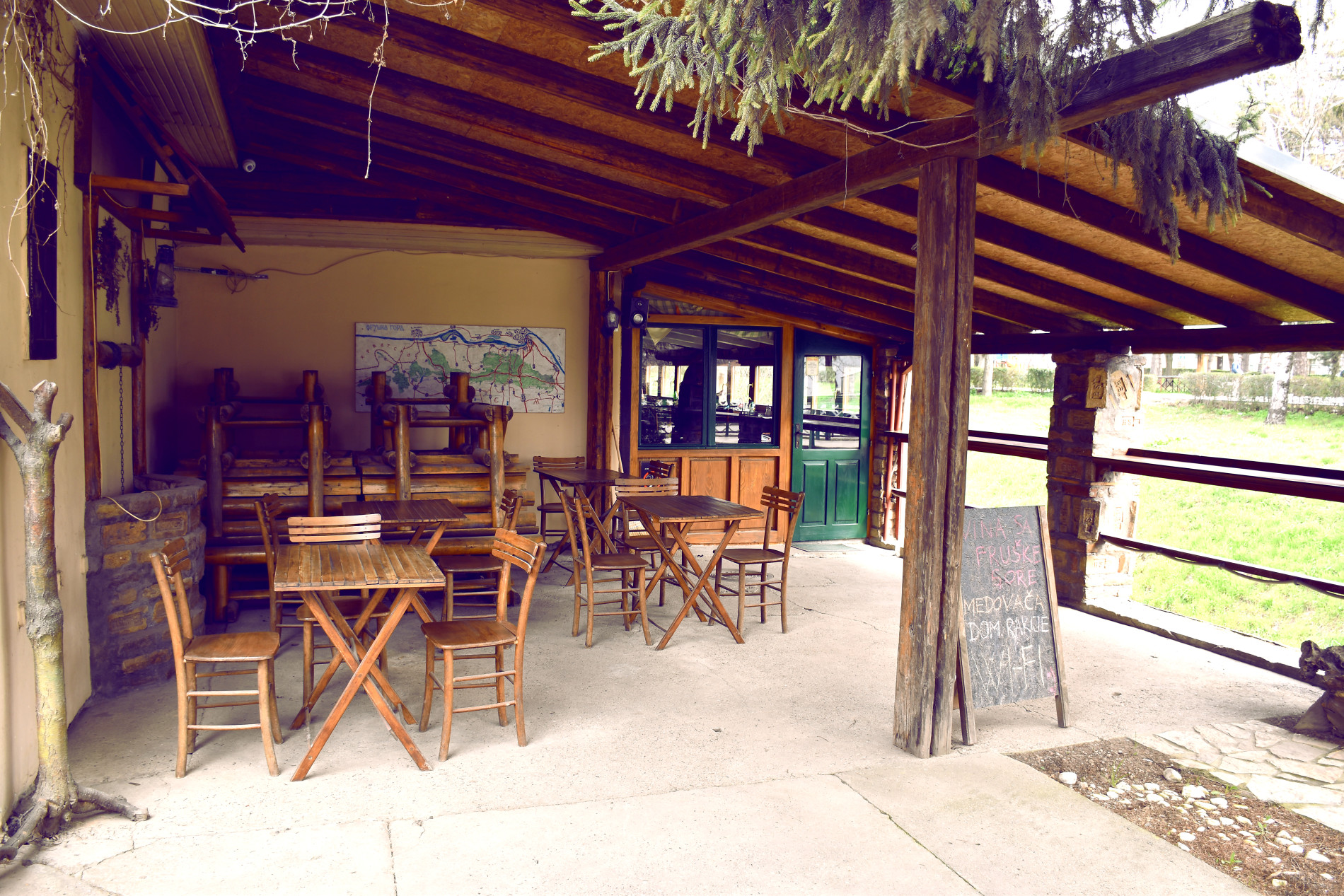 The intoxicating smell of hot coffee 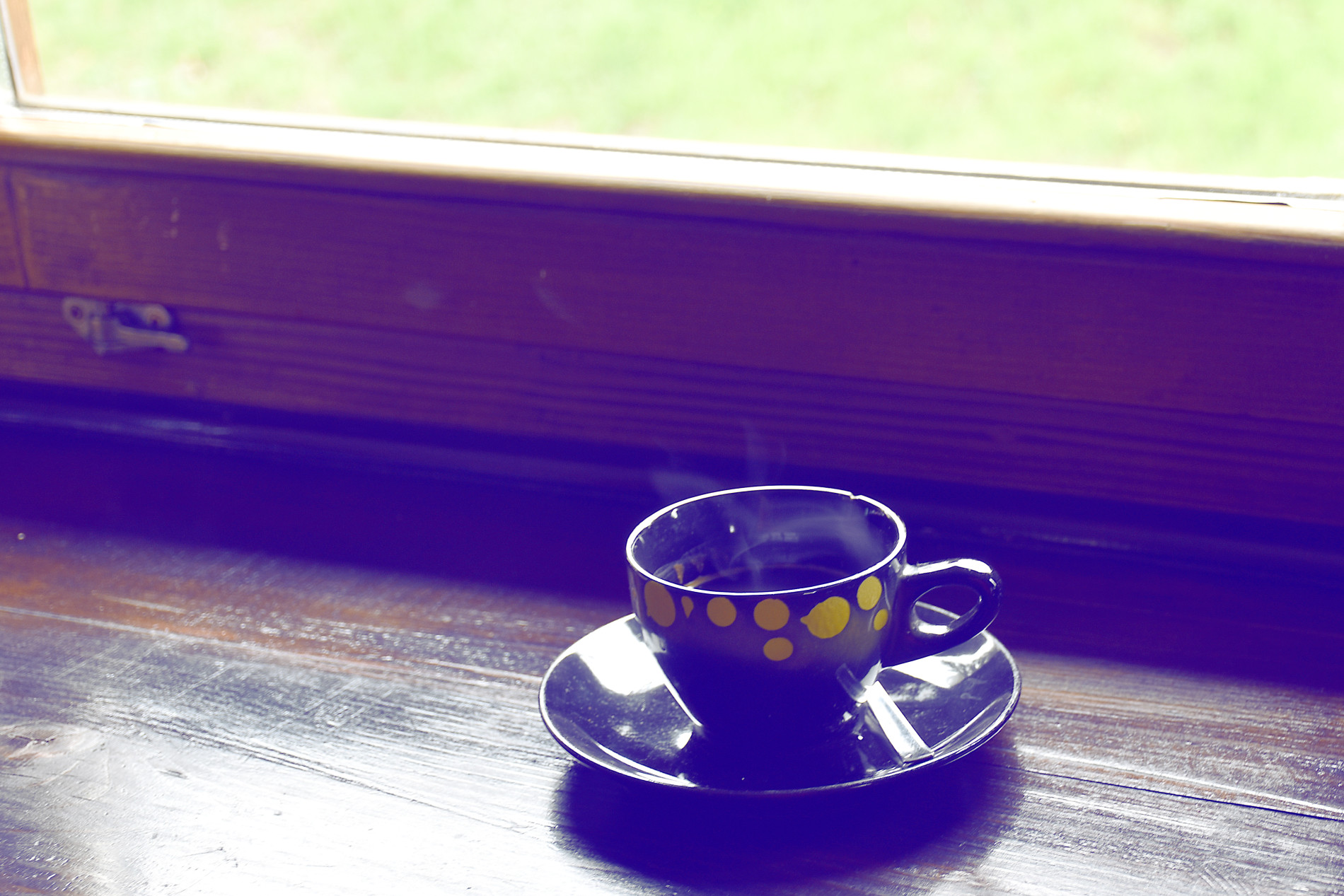 After we had fueled ourselves with the first morning essentials, we took a bus for the next 10km to Stari Ledinci where our hiking tour would begin. 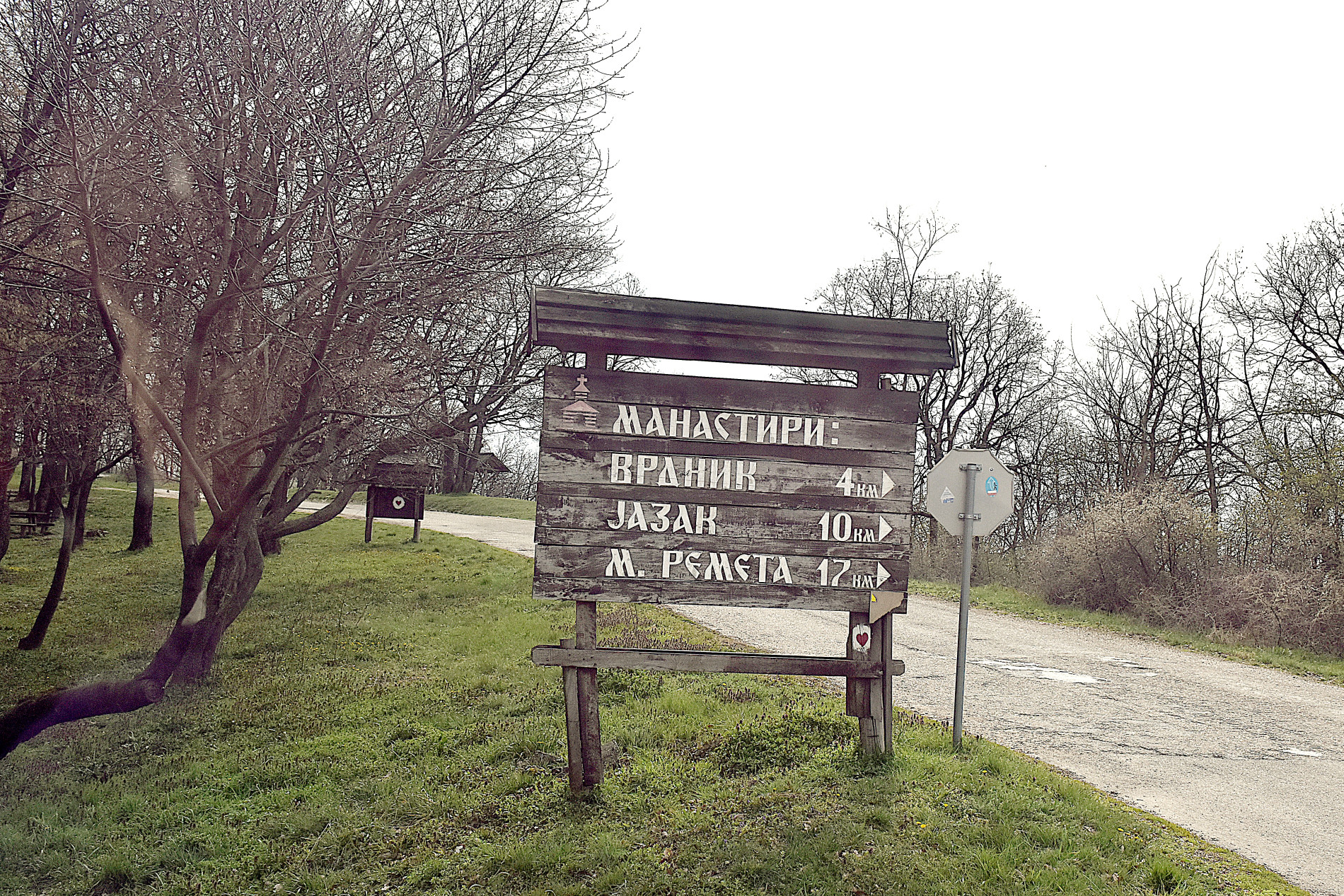 Although Stari Ledinci are on none of the tourist maps, and they are only known as the suburbs of Novi Sad (unfortunately) there is a lot to be seen by a wandering traveler, and to be learnt something, too. 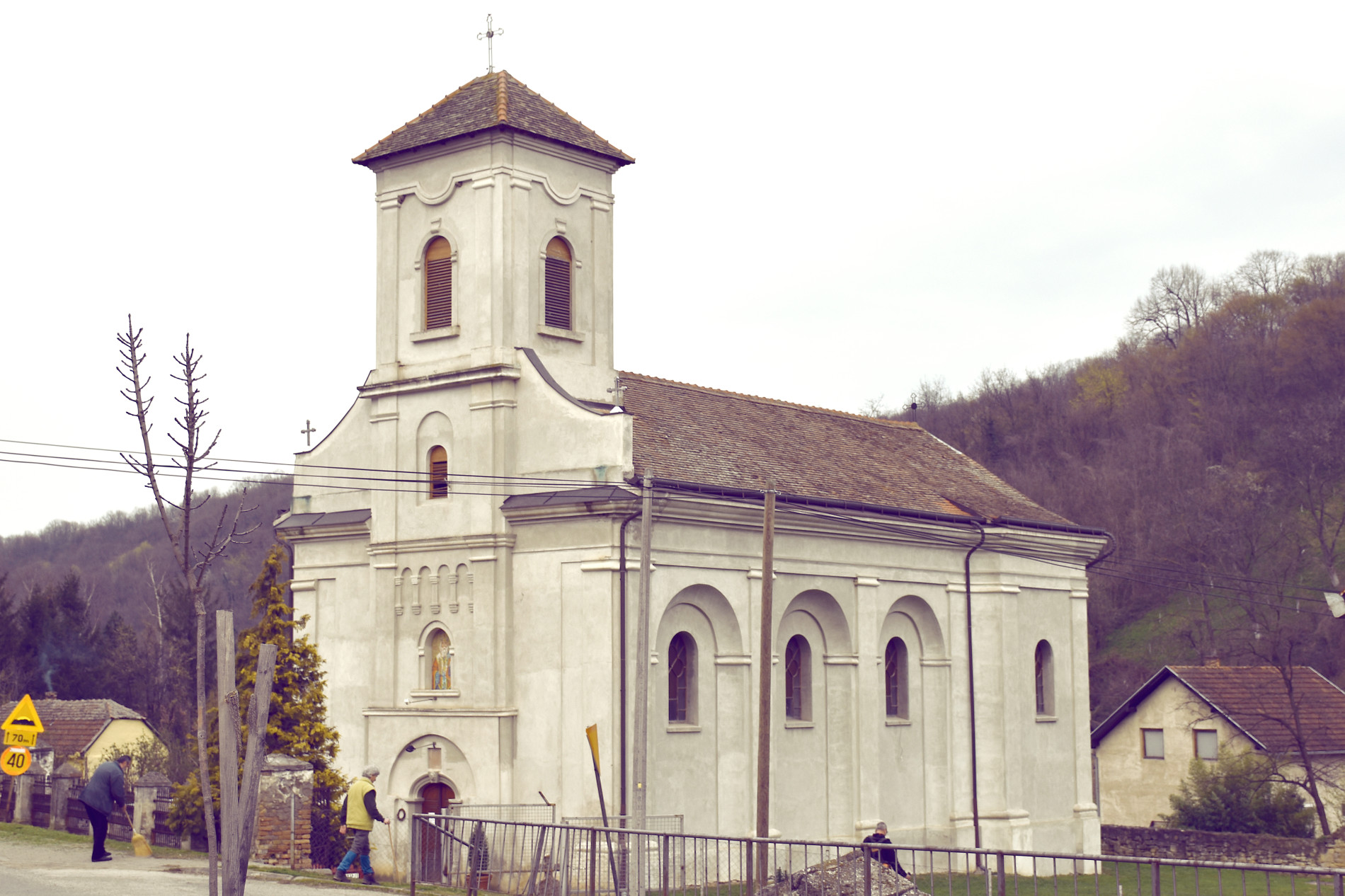 In front of the Orthodox church, that dates back to 1829, we started our tour. There were hikers of all ages, and there were also some pets in good shape (my dog would be jumping at my feet after half an hour to grabbed and carried like a little child).

At the very beginning of our exploration, the experienced ones led the group: 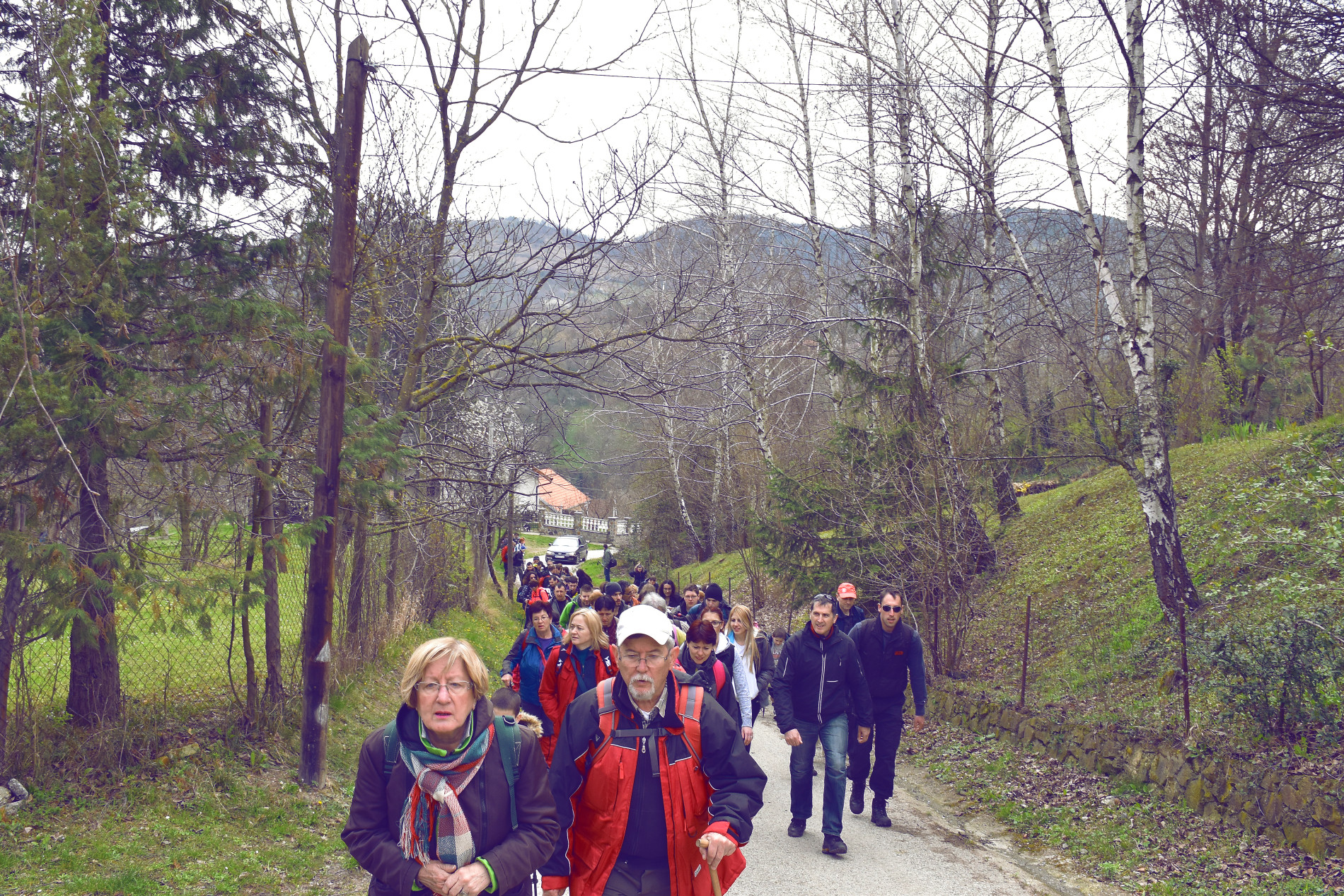 Filled with energy at the very beginning of the trek, we all pushed forward and raced to take the first place. The first climbs didn’t give me headaches. However, as time went by, and we passed kilometers, it became more difficult. The first short break was at one of the viewpoints from which one could see the entire Novi Sad. We made a short break there, so that we, the beginners, could catch our breath, and some of the professionals take a shower (I wished for it too, as everything in me and on me was on fire). 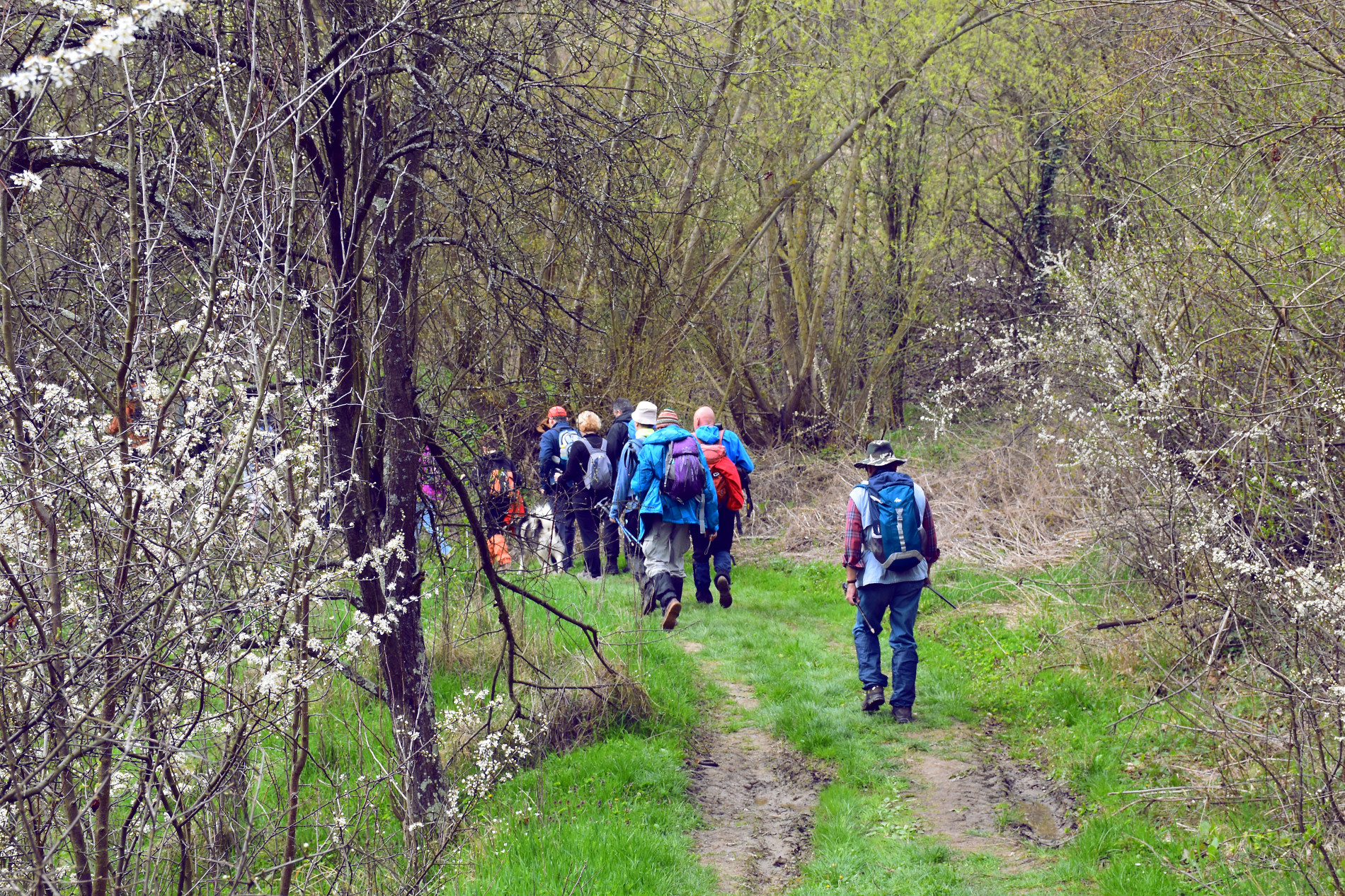 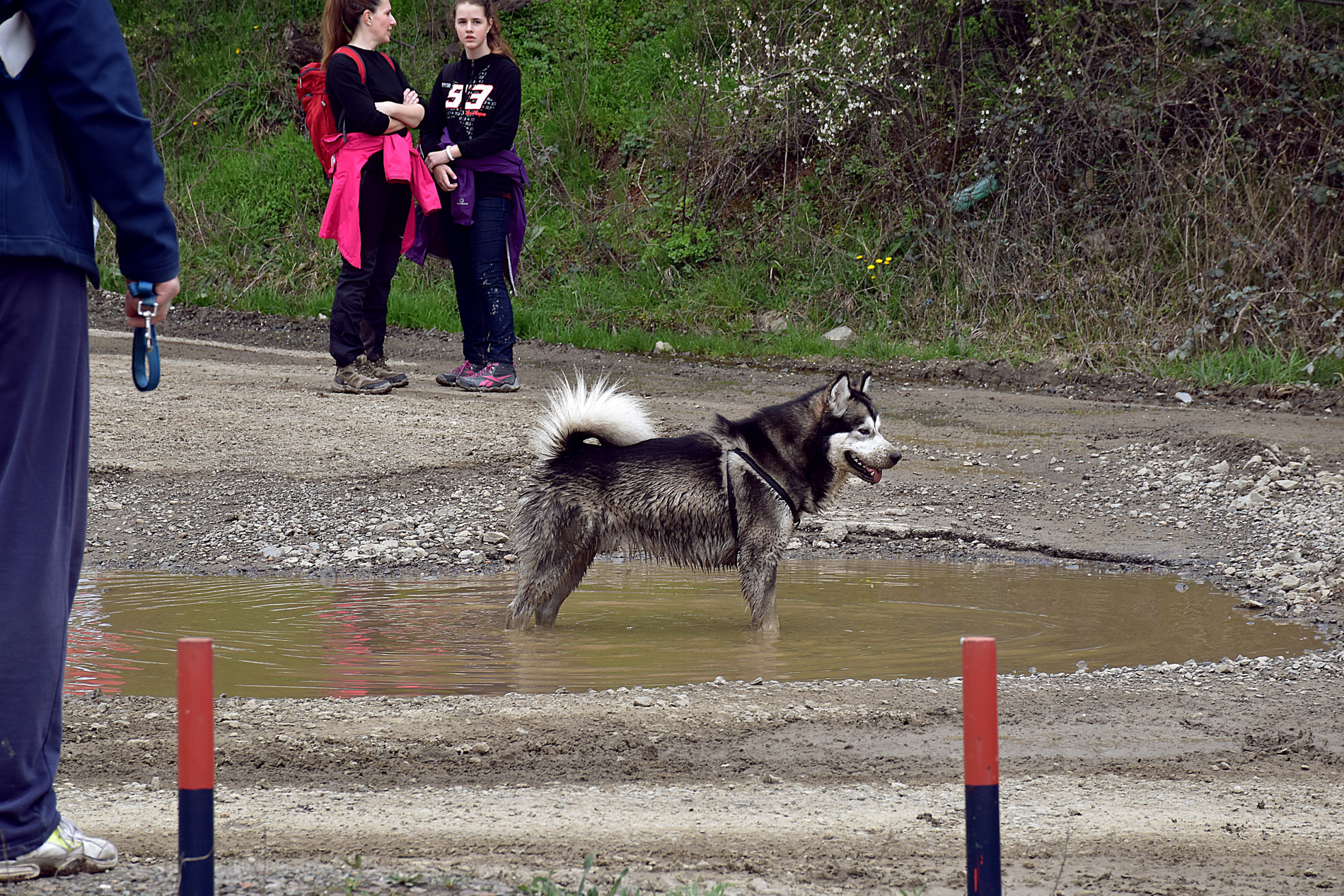 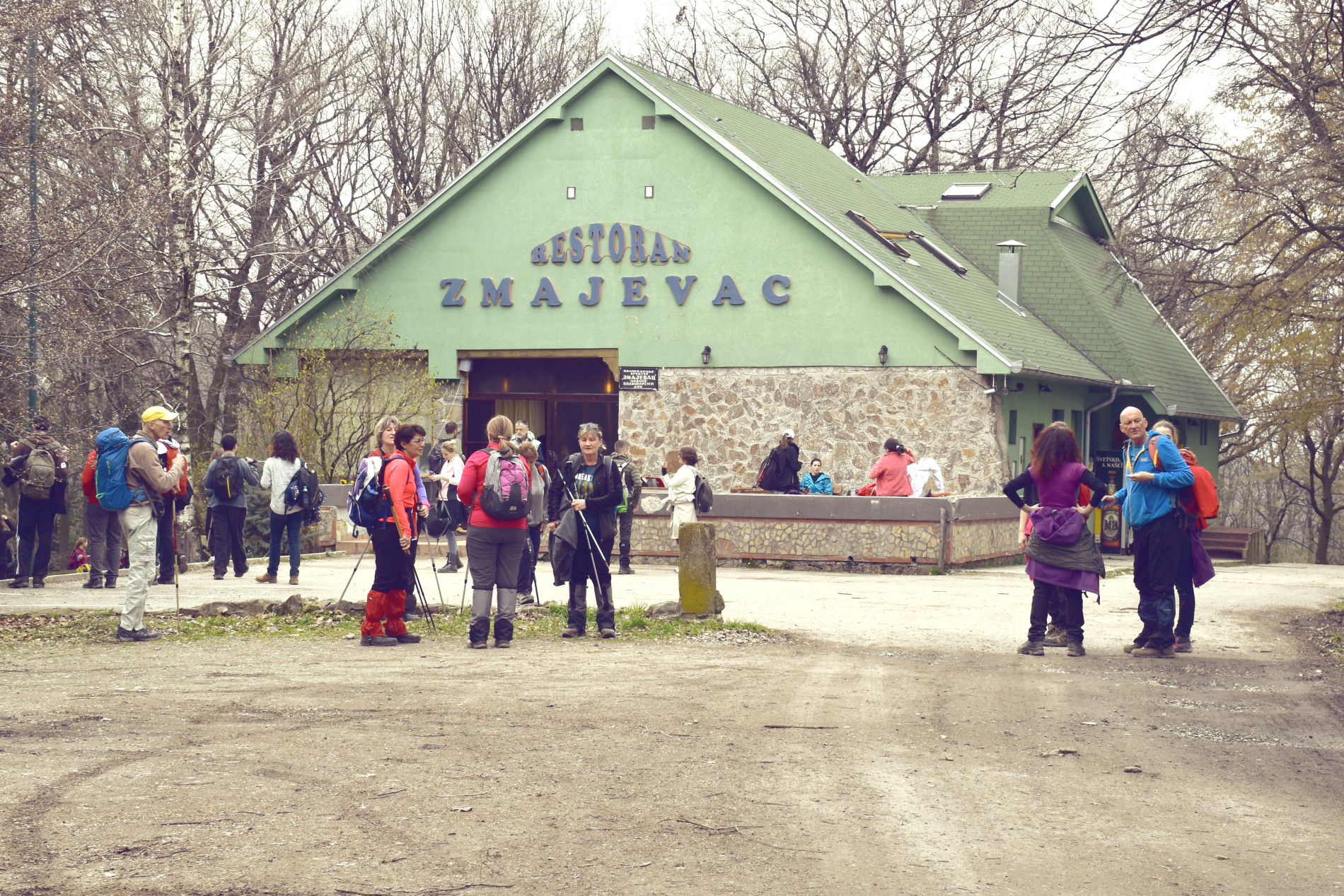 It took us around two hours to get to Zmajevac, which was our first official destination. However, after those two hours we were very eager to get to the restaurant and rest for about twenty minutes. As it was such a beautiful day, most of the hikers were sitting outside. Unfortunately, I didn’t get to enjoy the specialties of the restaurant, as it was very crowded, so that the staff couldn’t manage to serve everybody in time of the break.

In time of break a sandwich and some refreshment came in handy: 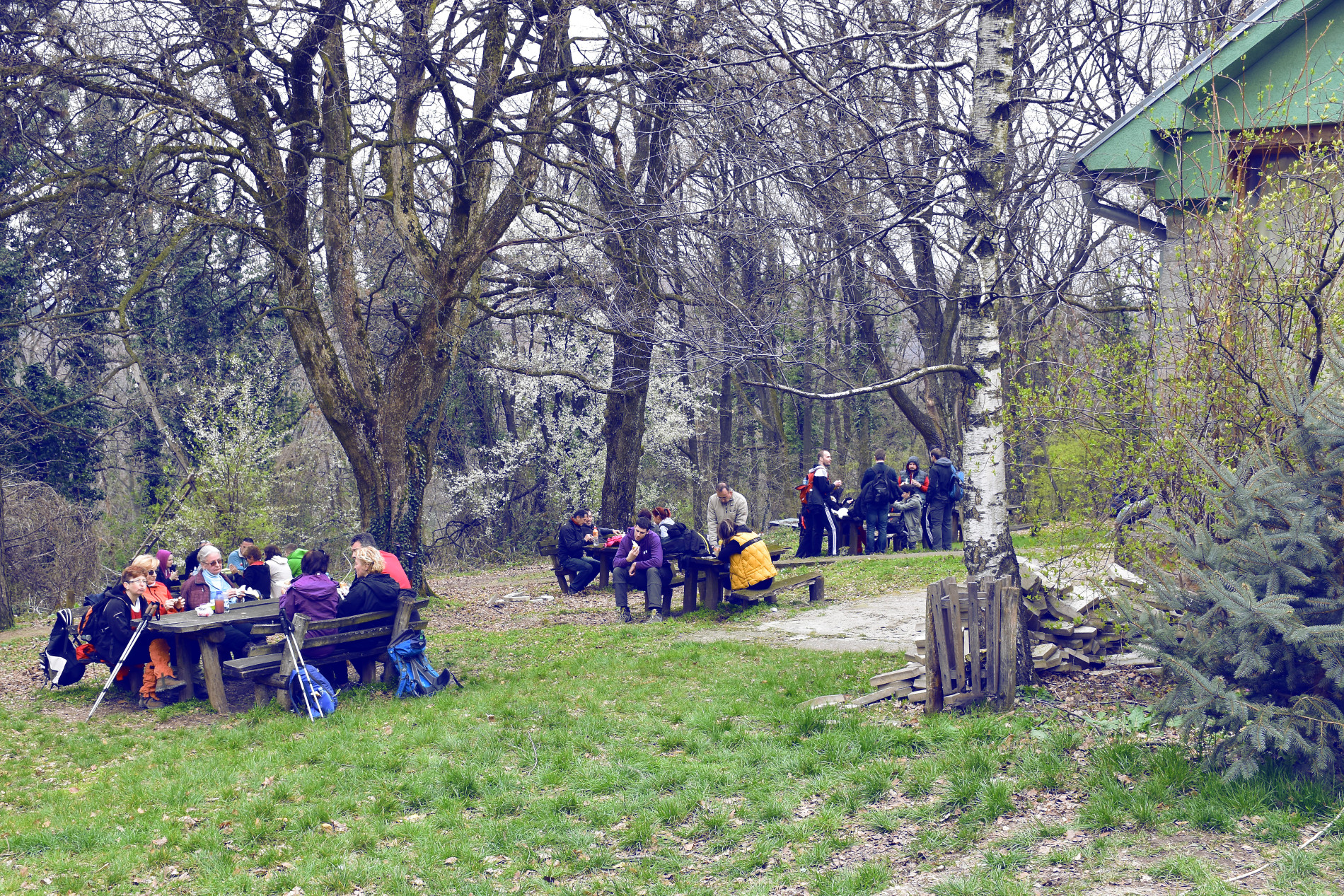 The break lasted for about 20 minutes after which we got separated into two groups. One opted for the easier route and the other for the more difficult or the longer one.

I decided for a challenge, so I took the longer trek. Appearances can be deceptive, and so were our expectations to go downhill all the way from Zmajevac. Nature was magnificent. The spring had just sprung, besides our footsteps in the foliage on the ground, there was bird song and gurgle of a stream. On our way, there were many obstacles we had to conquer.

Skip this, jump over that… 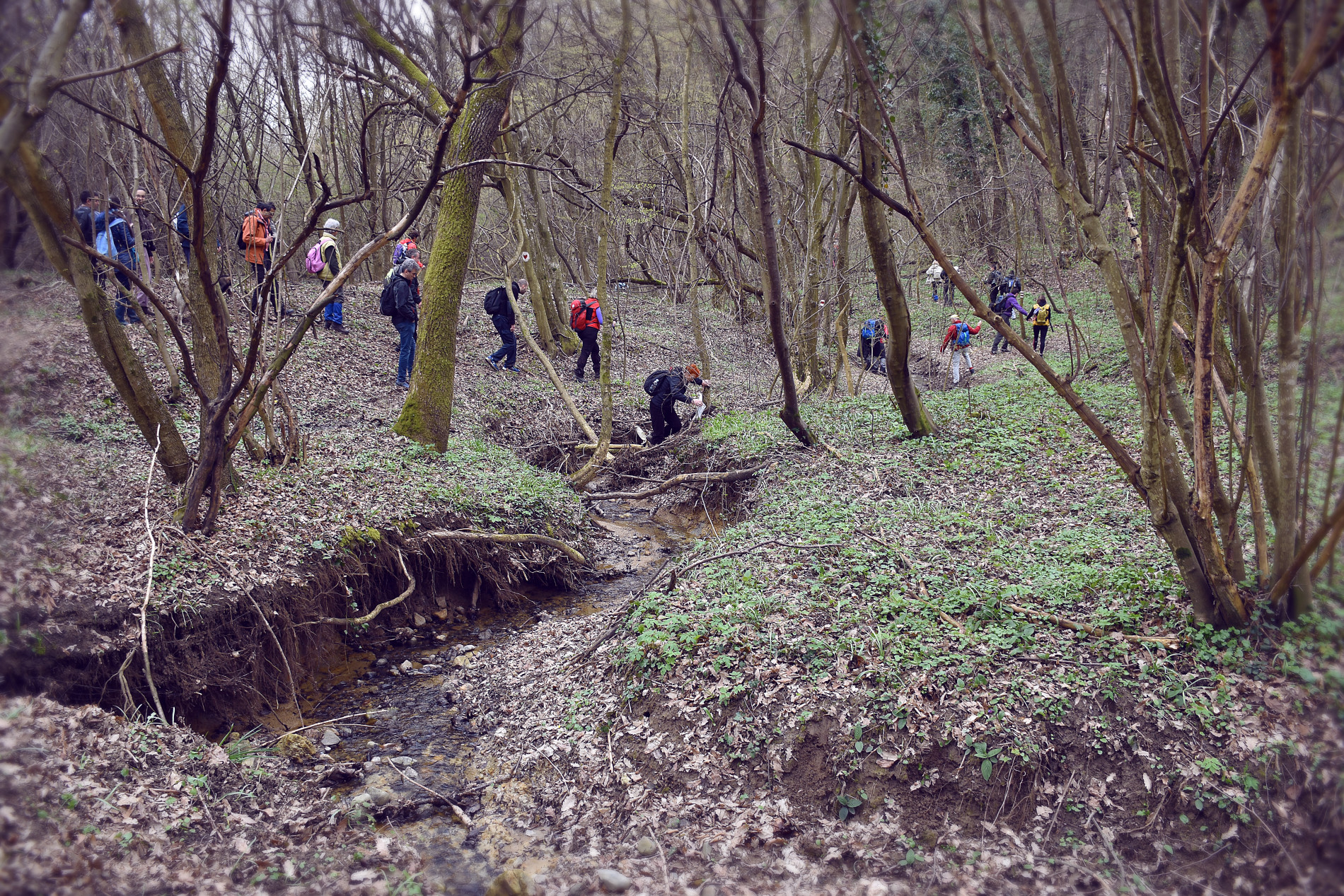 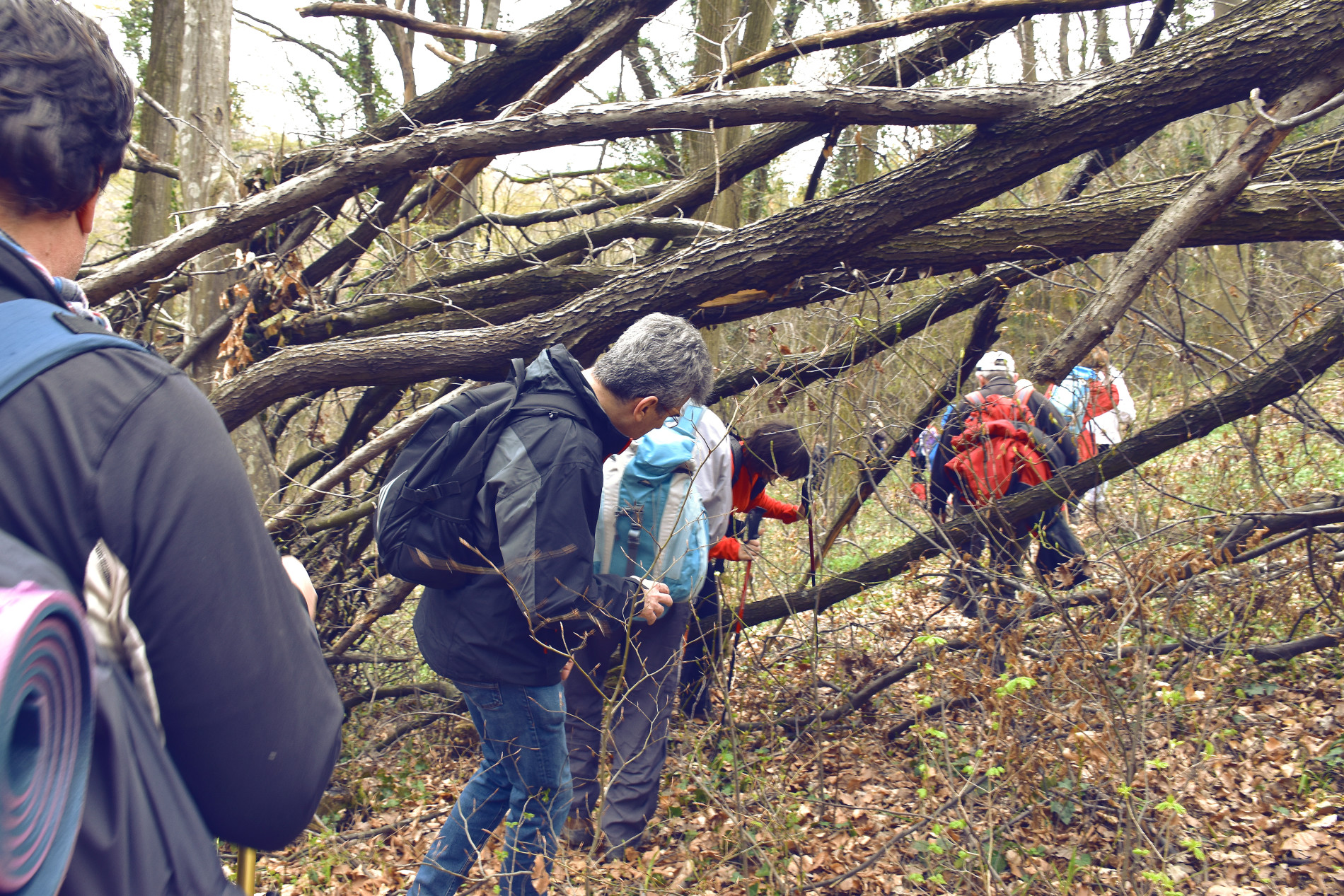 Who says he is not a sports type? 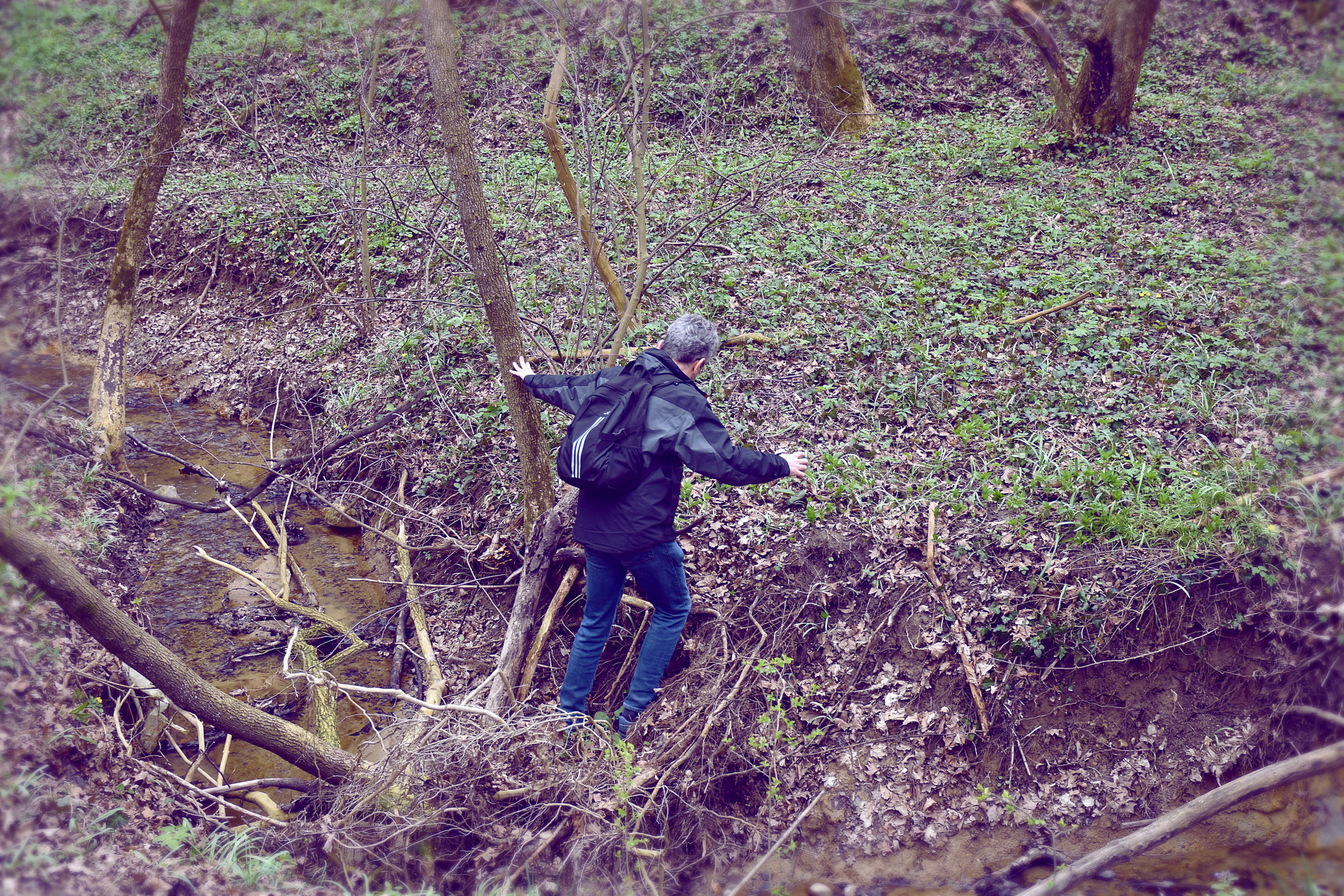 Some had a class in nature, 4th grade 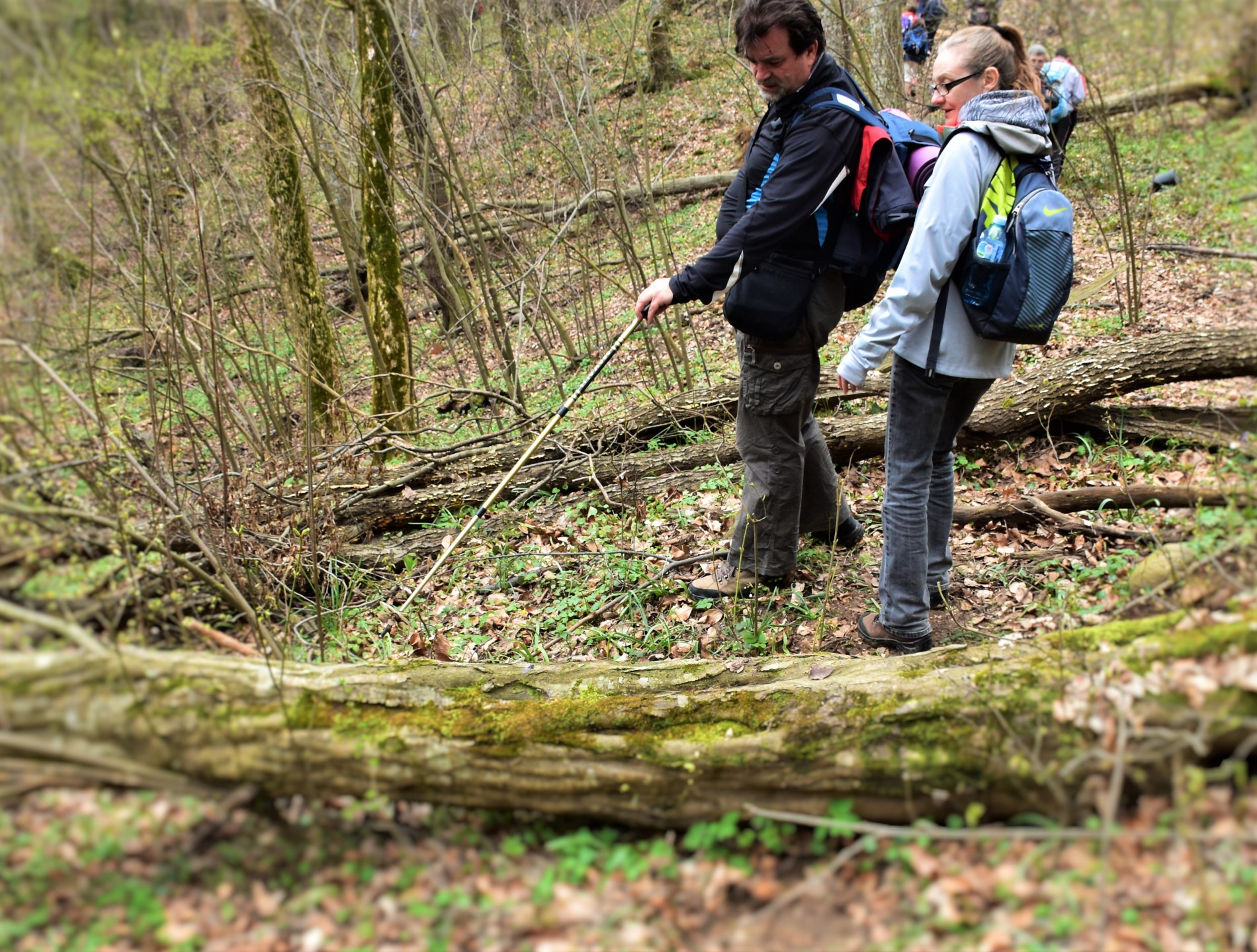 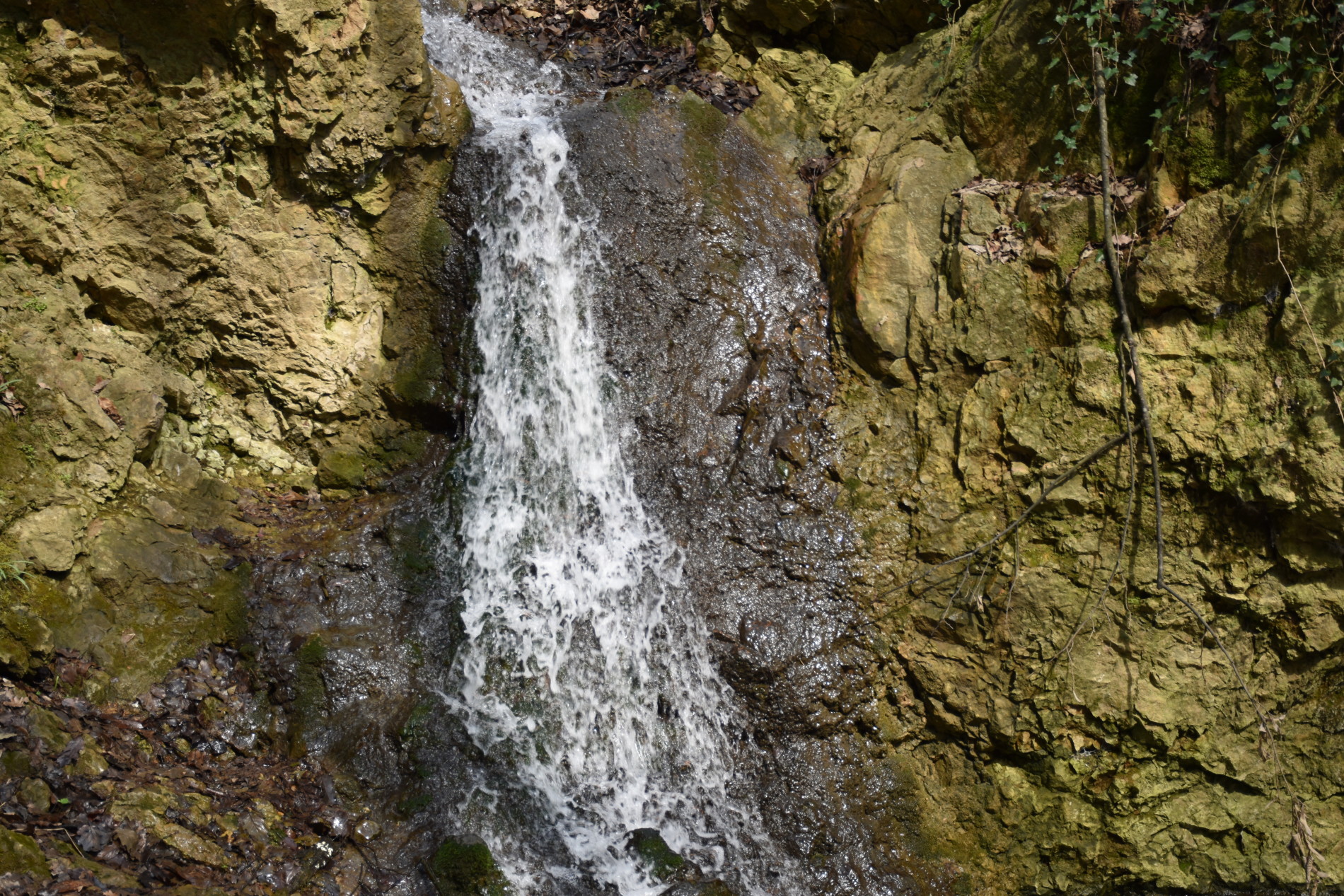 There was a bench here and there for break and refreshment which we certainly used. 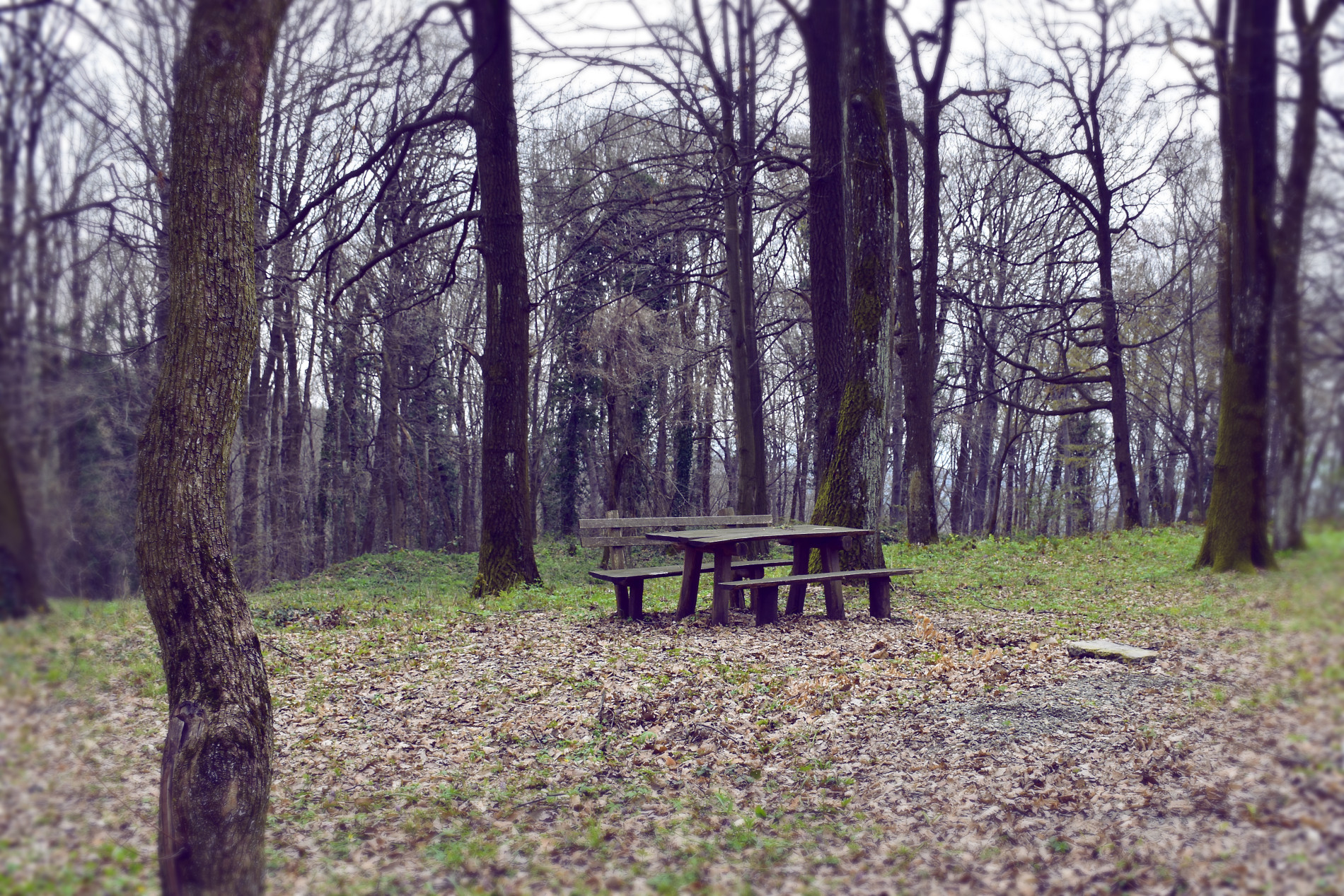 We took some of the best photos, lied in the grass looking at the foliage overhead. 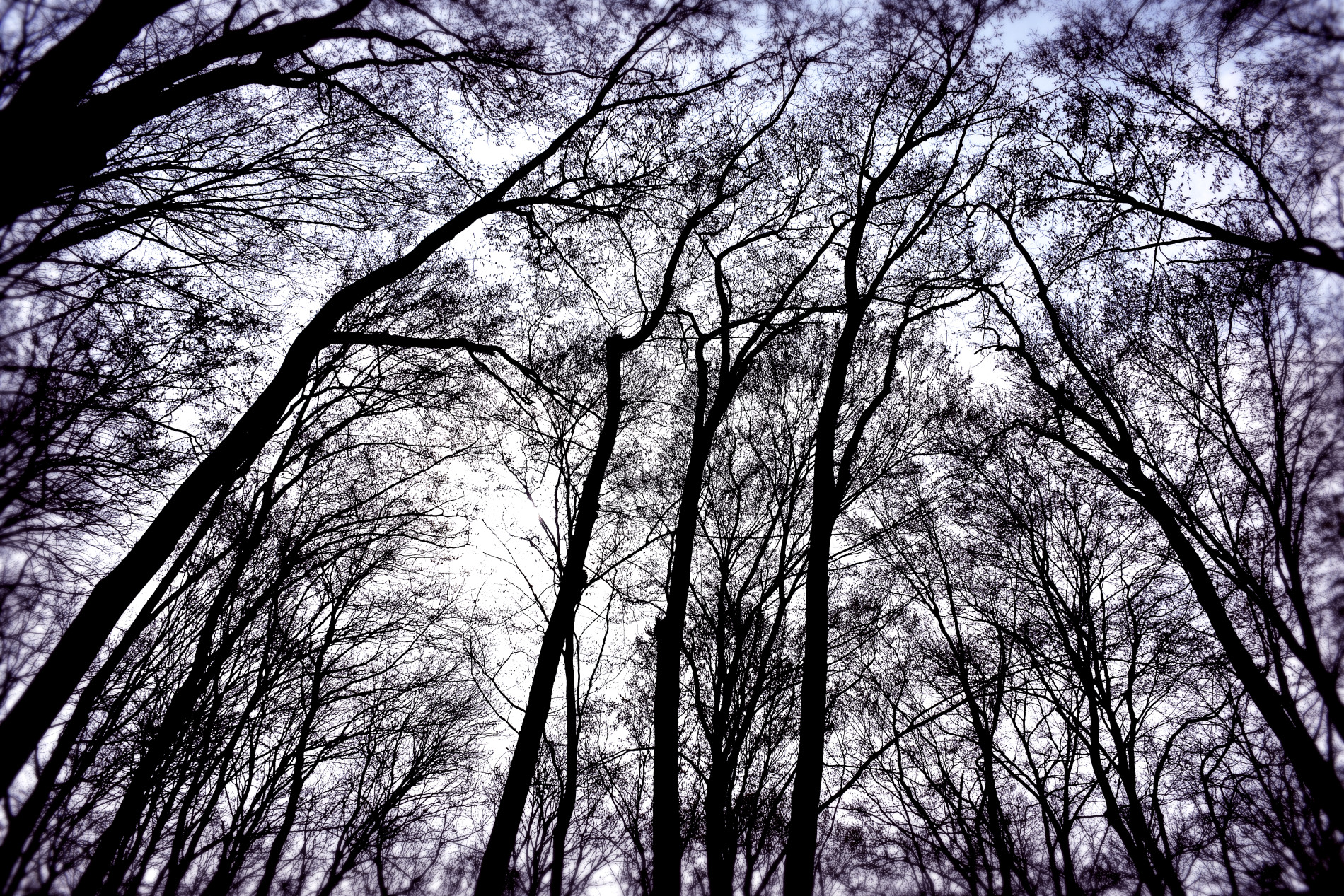 We got to enjoy in the stream. 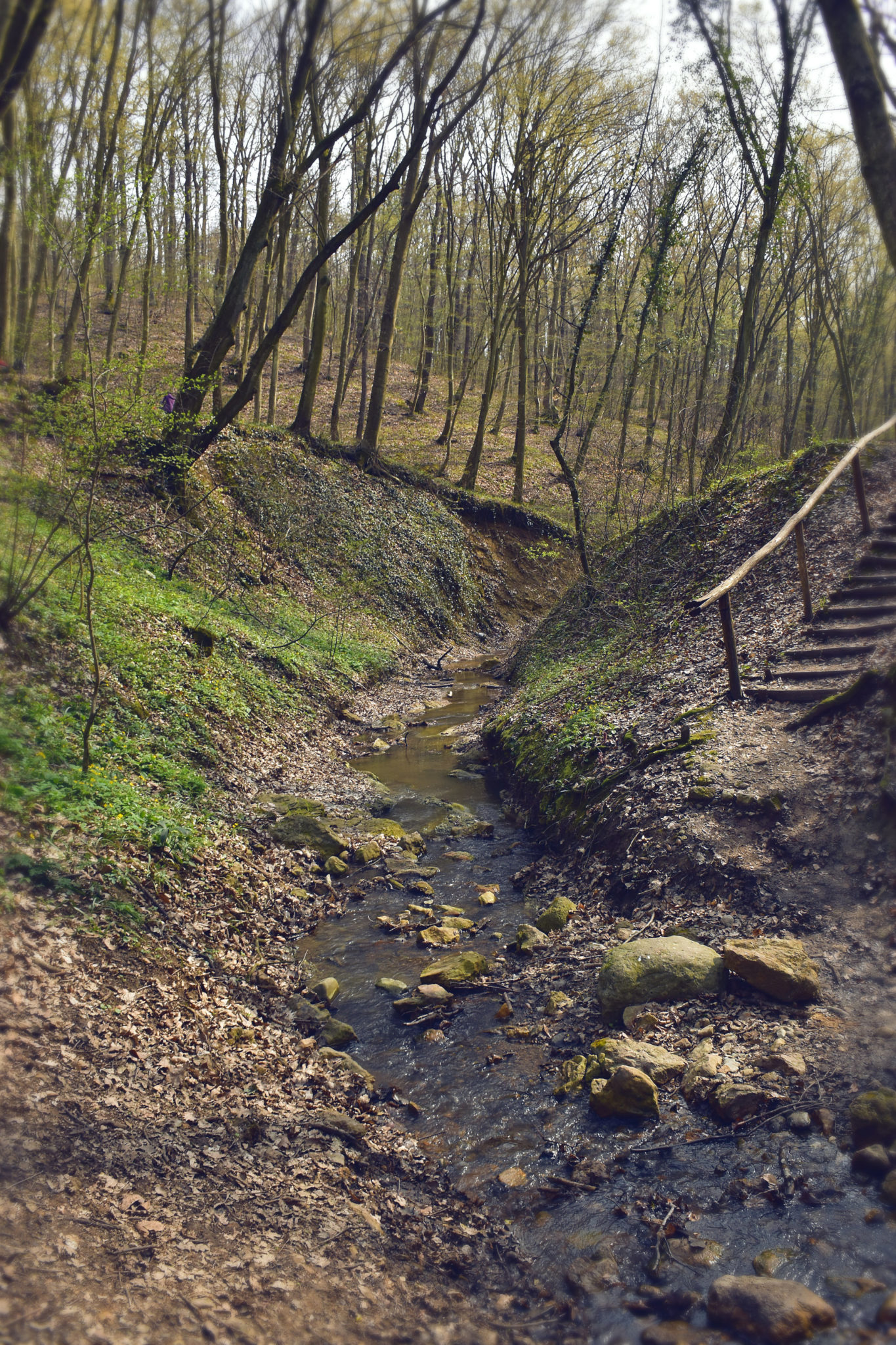 A half an hour break was welcomed by everyone, after which we continued our hike towards the peak Kraljeva stolica (507m)

The trek was marked well, whoever followed the signs by the road, had nothing to worry about. However, had they not followed every one of them, it was a well-organized group, so that if one passed to one side of the road, the rest of us would too… all for one and one for all.

Signs by the road. 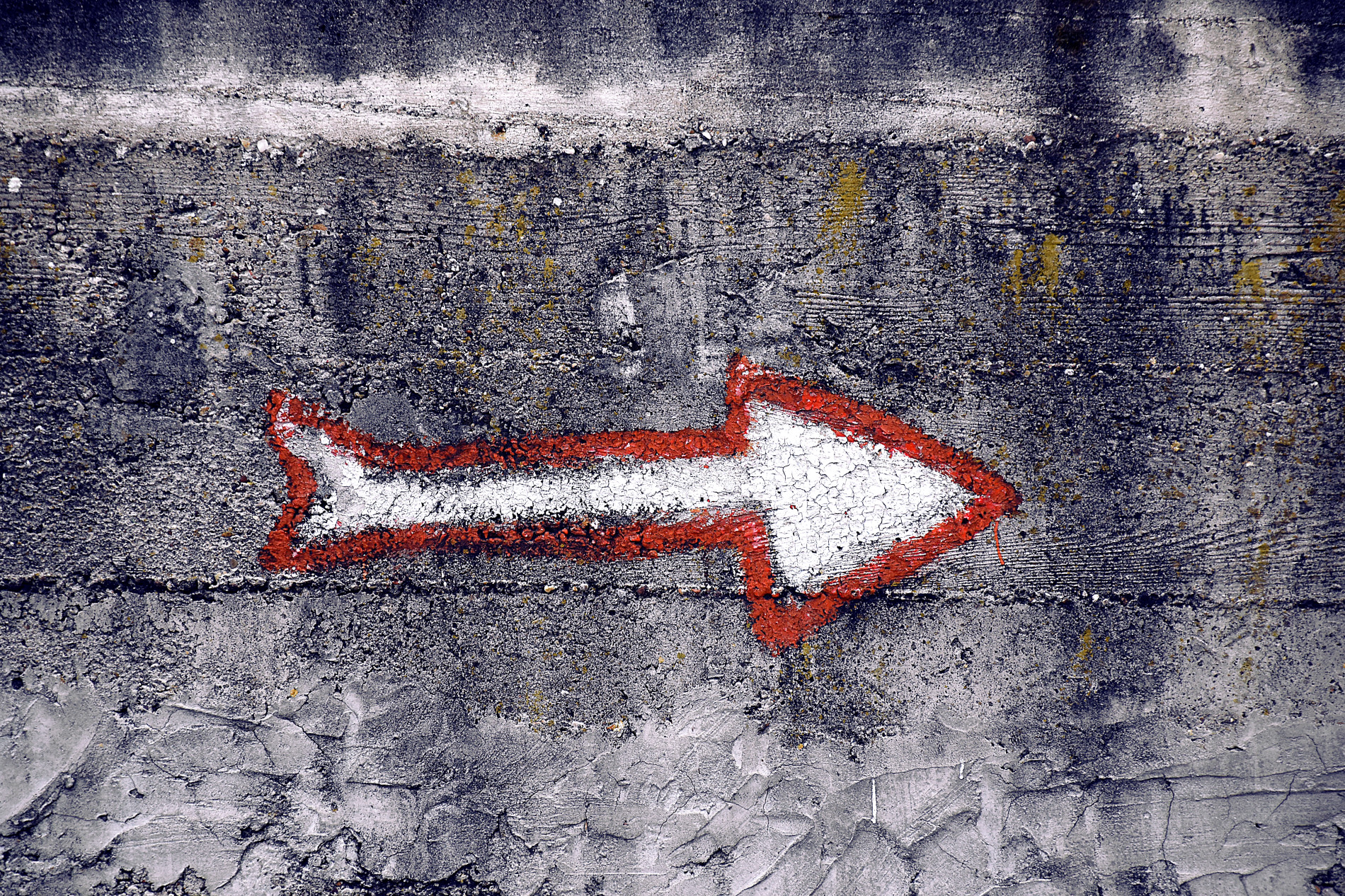 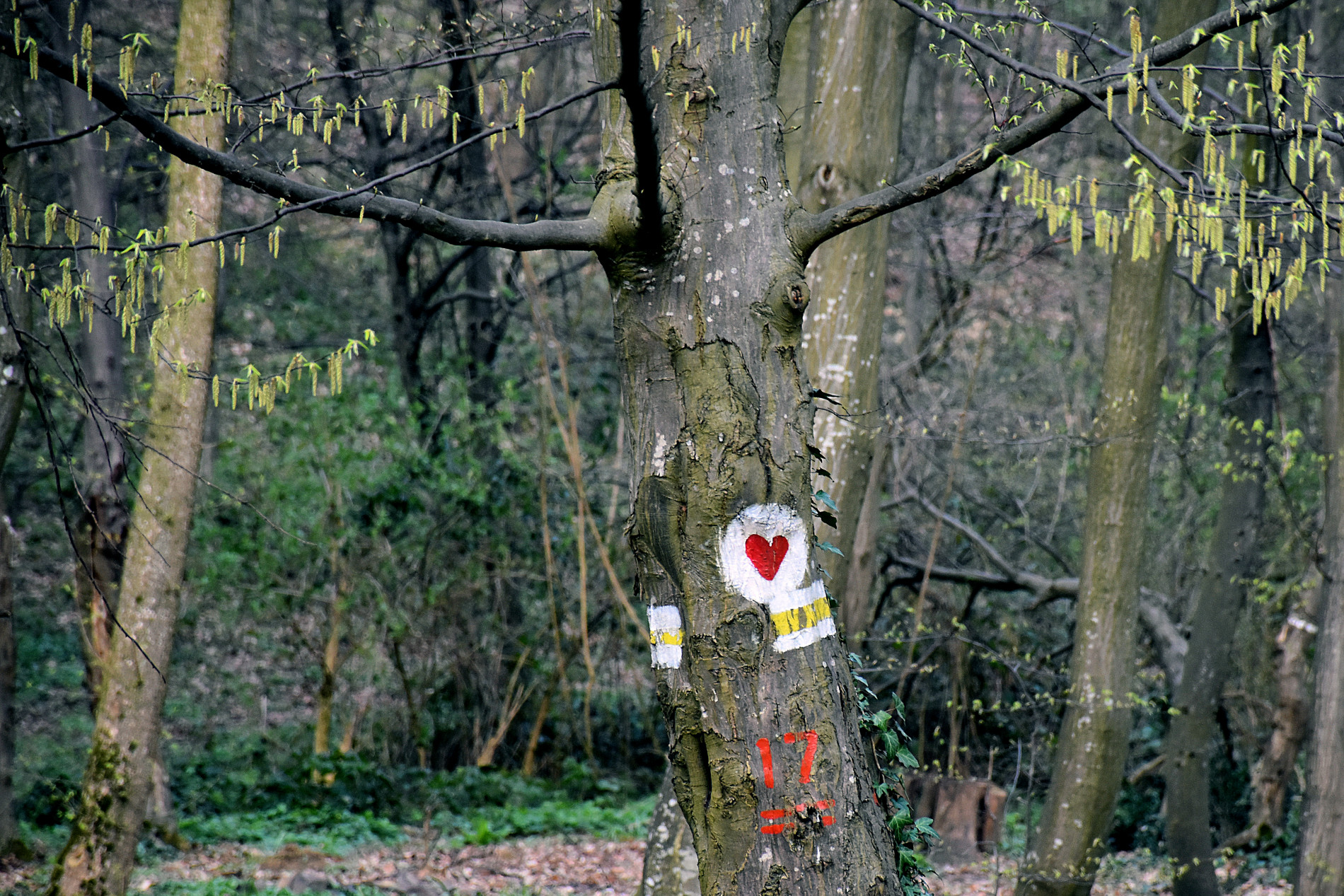 We were walking down the road, following the stream, rivers, and brooks… Drinking water from the river mouth and enjoying the fresh air. Such beauties does Serbia own. 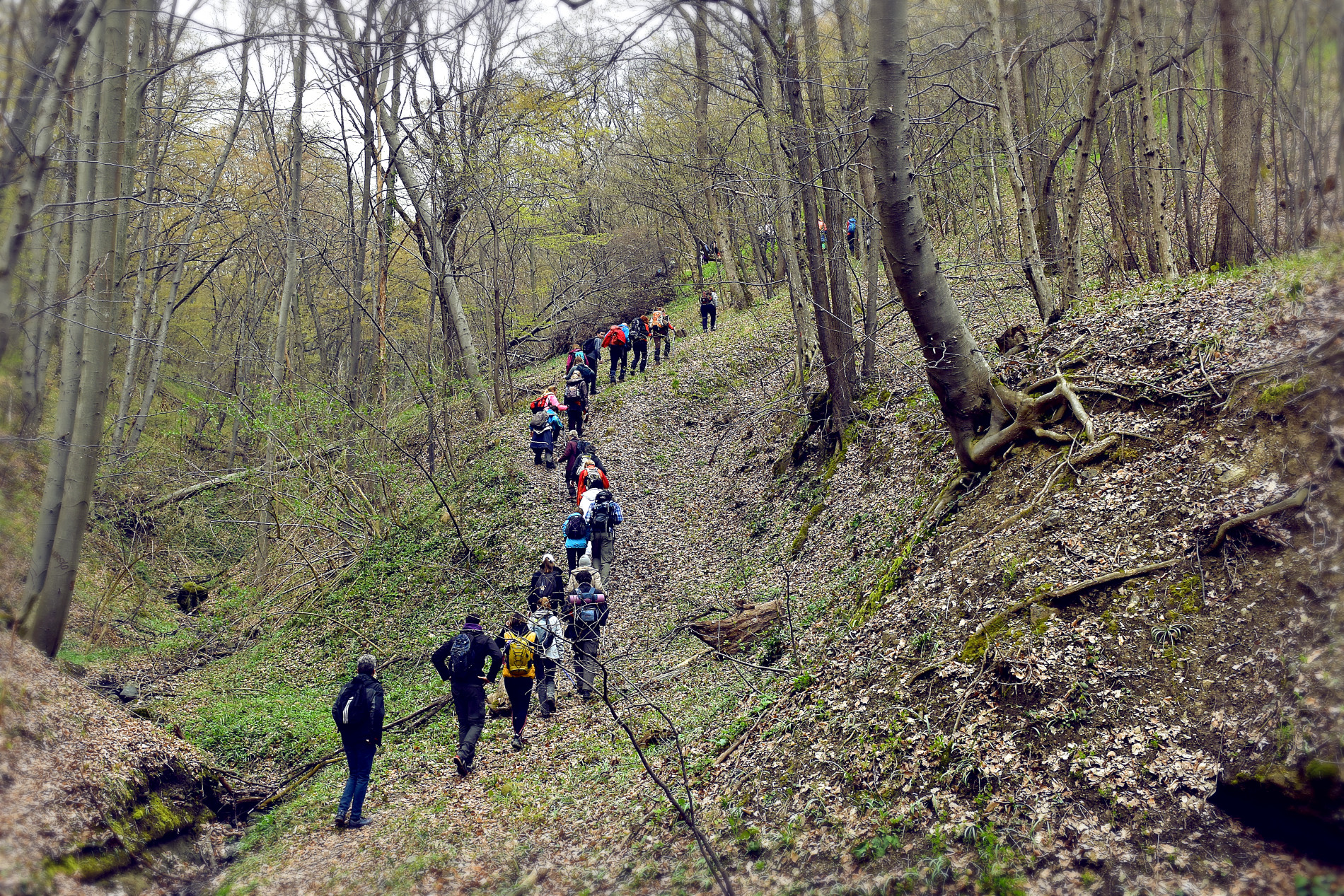 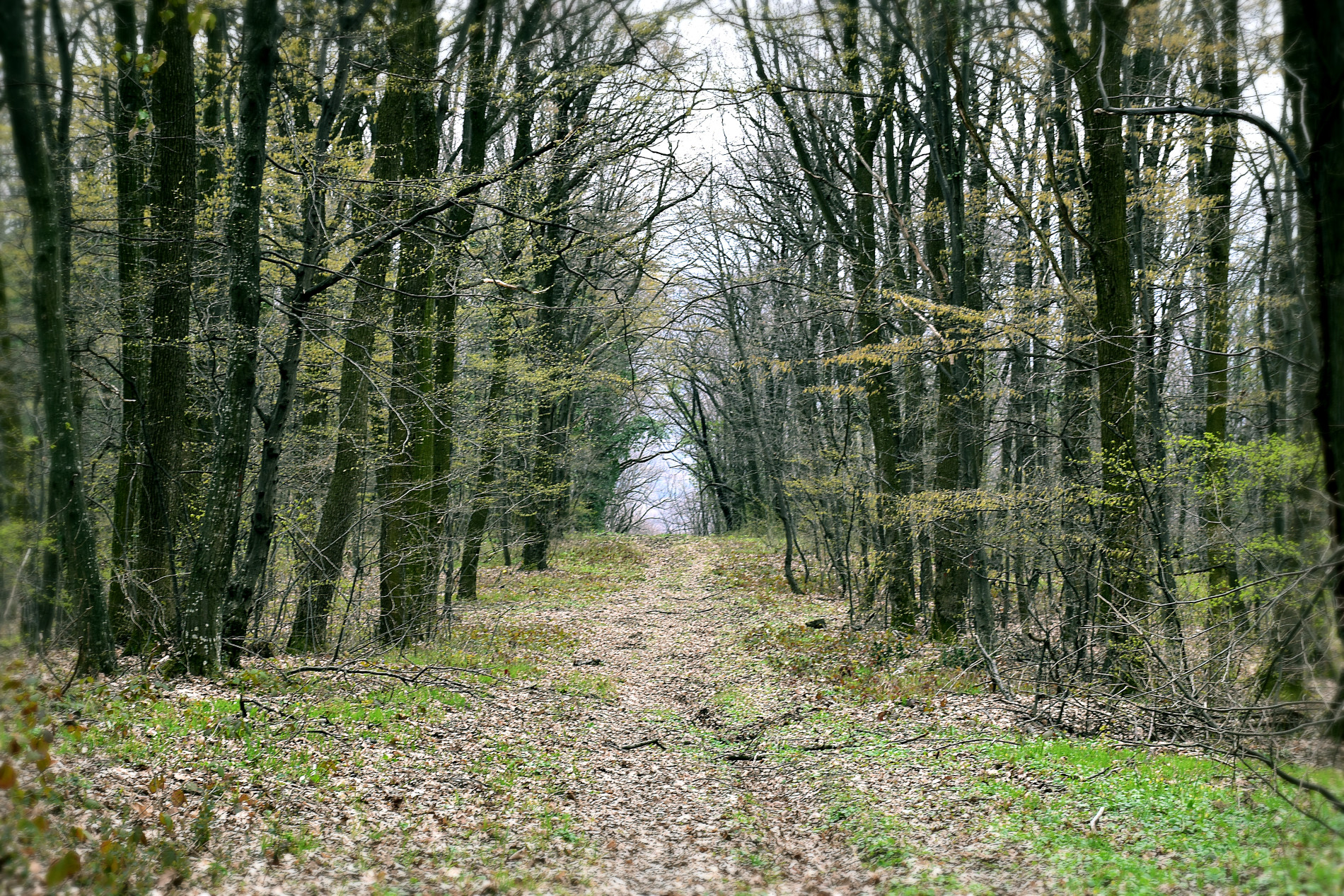 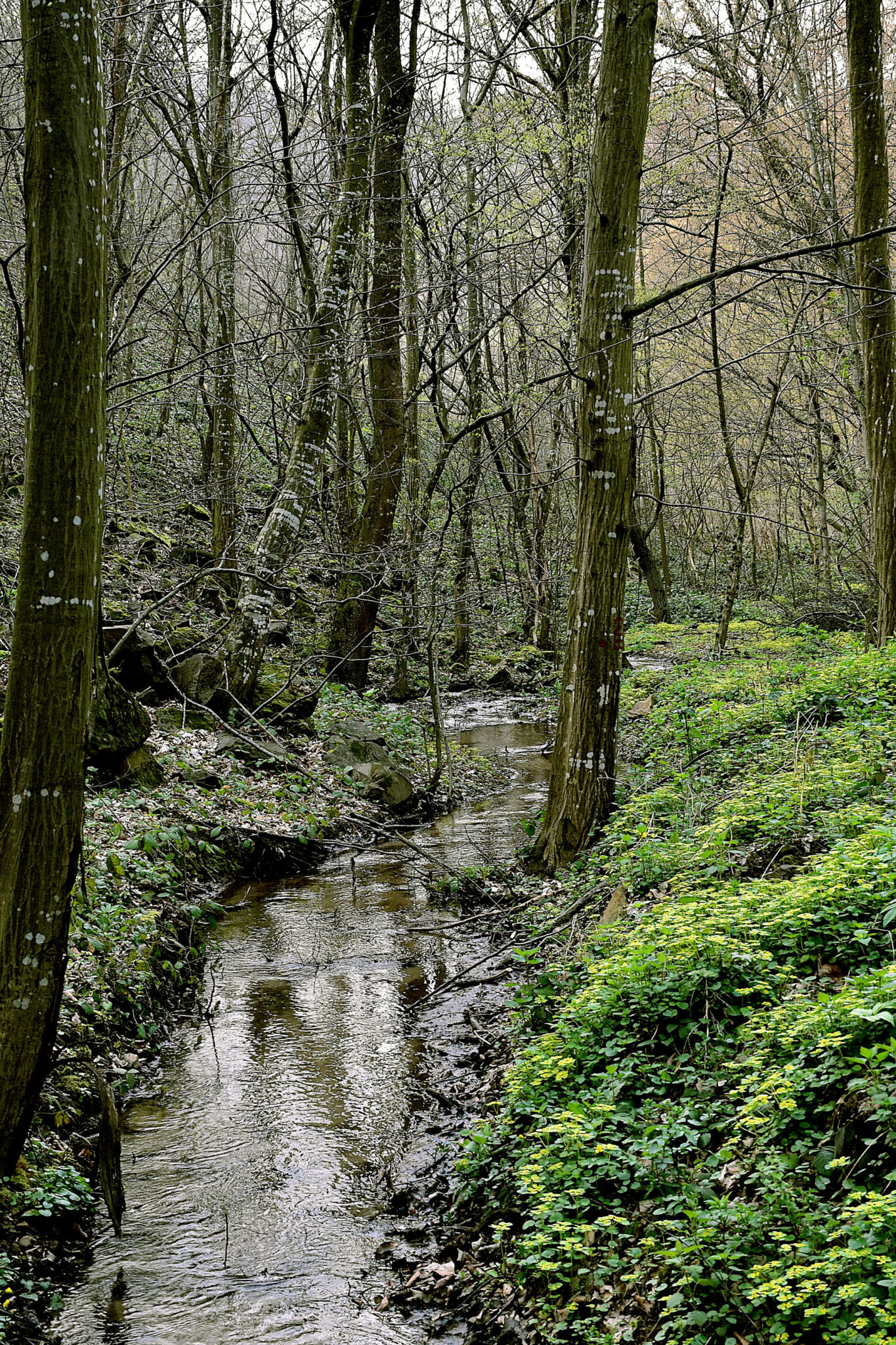 We saw flora and fauna as well. A flower here and there managed to fight its way through the autumn foliage and to reveal itself on our way. Three does ran through the forest, scared by the noise we made. A forest full of limes, and there were oaks and beeches as well.

Some of us found mushrooms.

An hour and a half of hiking, and we conquered the Kraljeva stolica peak, which was our final goal, but it didn’t end for us there. After Kraljeva stolica, there was a stream, the Travni potok stream, meaning that we ended our circle in Stari Ledinci. There, we took the bus back to the monastery Mala Ravanica in Vrdnik.

The group broke in one of the two restaurants in neighborhood, and some of us could take a bath in the Vrdnik spa, with water at the temperature of 31 degrees.

Refreshment in the pool after the exhausting walk was good for both body and the soul. Don’t fail to take the opportunity if you happen to go to Vrdnik. Everyone can afford a bath.

And at the end, end. 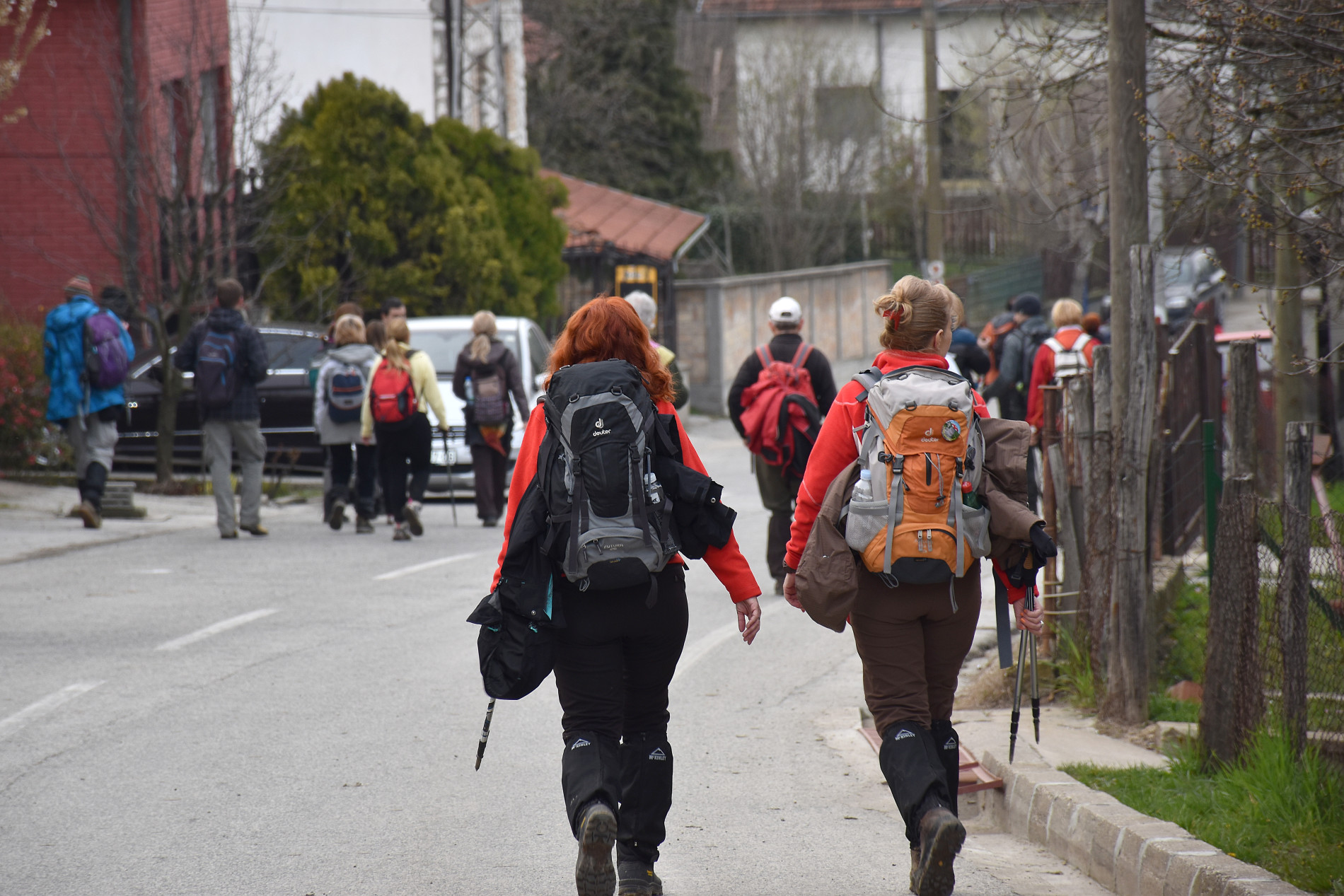 And now, a spectacle… yum yum…
April on Homolje