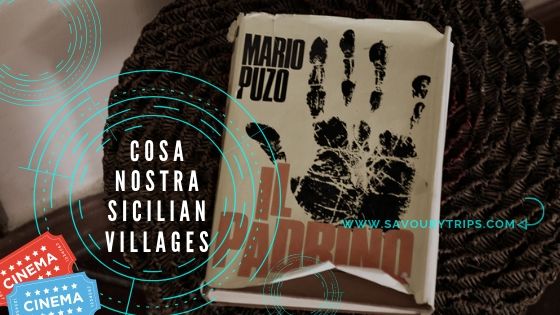 Sicilian villages what to see in Savoca and Forca d’Agro

An obsession (not) meant to be

I must admit that I prepared myself a lot for this post. I have never talked about it to anyone besides my family, but I am a graduated criminologist not meant to be. When I was enrolling in the university, my first wish was the department of criminalistics at the Faculty of Law, but a lot of shitty things were happening in the country at the time and the (un)law was changing every 5 minutes… So, I finally gave up and finished the School of Mechanical Engineering (and I don’t regret it). 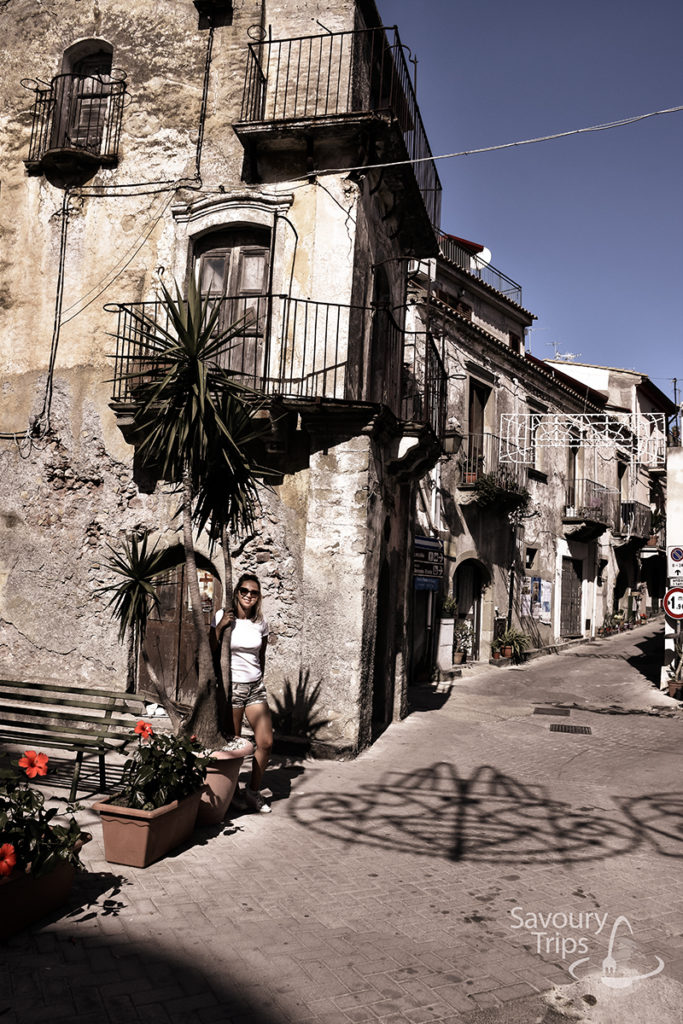 The village of Forca d’Argo, I am standing in front of the house where Don Vito Corleone was born. It is in its authentic colour (yellow) and it has not been renovated. It is the first thing you come across when walking down the streets of Forca d’Argo. Everyone took pictures in front of it.

Regardless of me having regrets or not, I adore watching crime films and guessing who the killer is 🙂 🙂 🙂

Is that kind of an obsession then or not? 🙂

All of this was an introduction to me telling you that I enjoyed visiting Sicilian villages connected to Cosa Nostra or the filming of the Godfather movies (1st, 2nd, 3rd…100th part) VERY MUCH.

So, if you like stories about mafia, then this is the perfect post for you…Sicilian villages, Cosa nostra, America….

The word “mafia” is of Sicilian origin and there is no doubt about it. And there’s also no doubt about where it first appeared – in the 14th century Sicily. Just like the fascist word “swastika”, at first it had a positive connotation. It was created as a defense from French noblemen’s dictatorship (Normans who drove away Moors from the Sicilian territory). 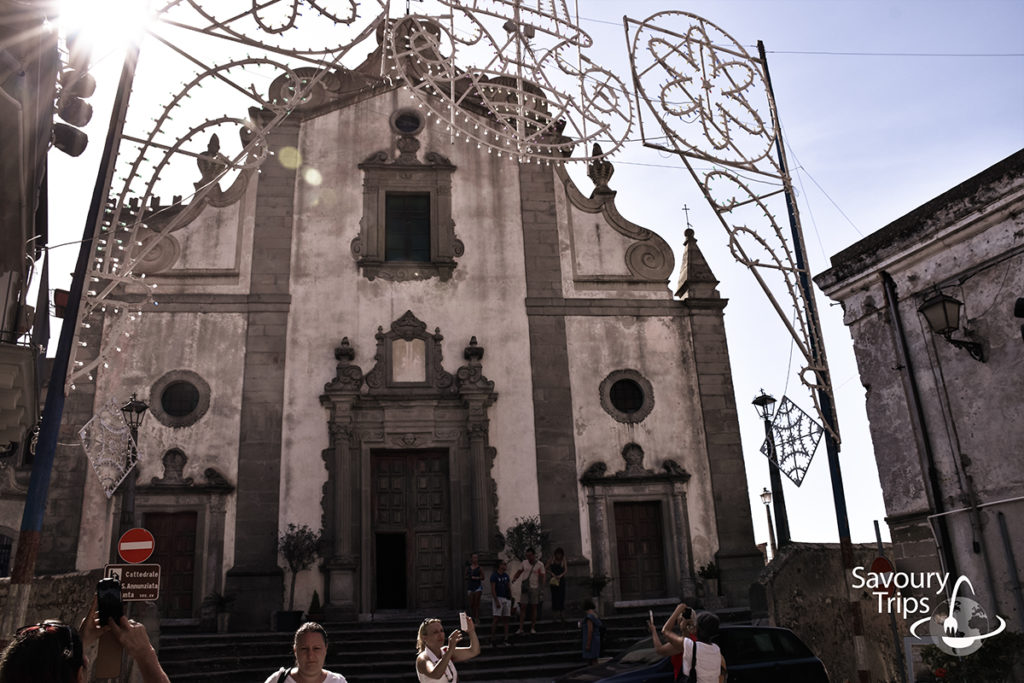 The church above is where the wedding between Al Pacino and Apollonia (Apollonia Vitelli Corleone) should have taken place. However, when the wedding scene was about to be filmed, since all of the actors apart from Al Pacino were locals  (therefore, the church, the priest of the church and the woman as well, and Al Pacino), the priest said “no” cause then he would marry them for real 🙂 So they had to change the church and the village, but the priest stayed the same. You remember that their wedding was filmed outside the church in Savoca, but not inside so that they wouldn’t actually get married …that was the only way they could get a wedding without the actual wedding 🙂

Mafioso (family) and mufia (protection) are all derived from the word mafia, whereas Vendetta as blood revenge and Omertà as a code of silence and non-cooperation with the authorities have always followed. 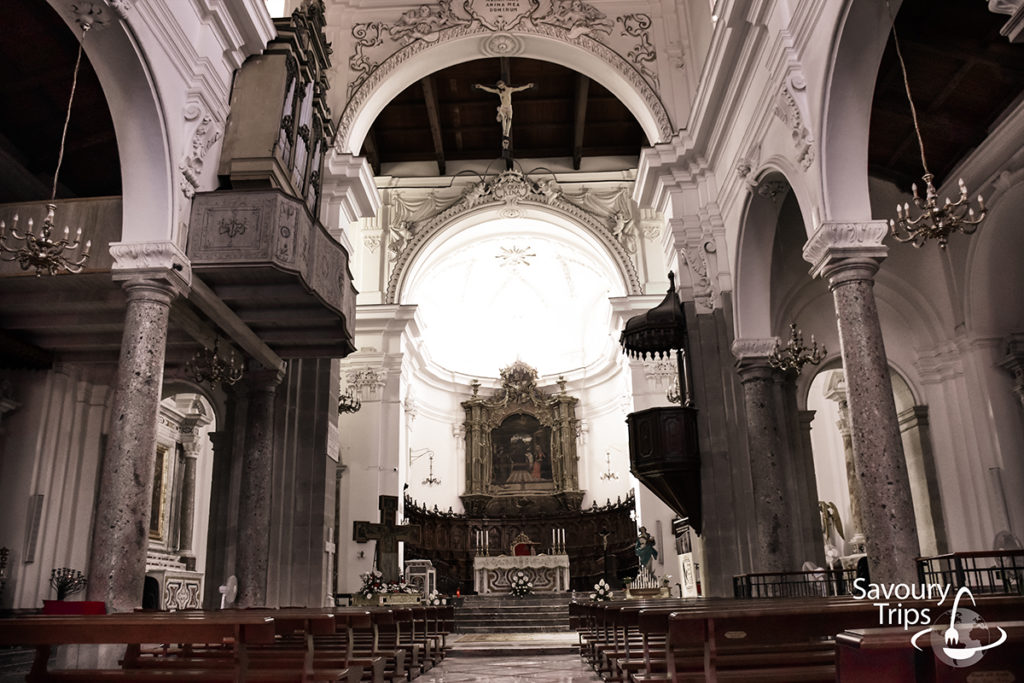 The inside of the church in Forca d’Agro

The evolution of mafia

Everything gets distorted somehow, so this happened to mafia as well. Its structure changed in the 18th century. That’s when the first Dons, Cosa Nostra and Capo di tutti capi appeared.

Now we get to the 19th century

Only when Giuseppe Garibaldi appeared did mafia get the meaning we are familiar with today. It happened only due to the survival of poverty. Namely, Garibaldi came to Sicily to negotiate with them about unification. Italy could have become a kingdom only with Sicily and Vittorio Emanuele would realise his boyhood dreams and become the king of Italy and “padre della patria”. 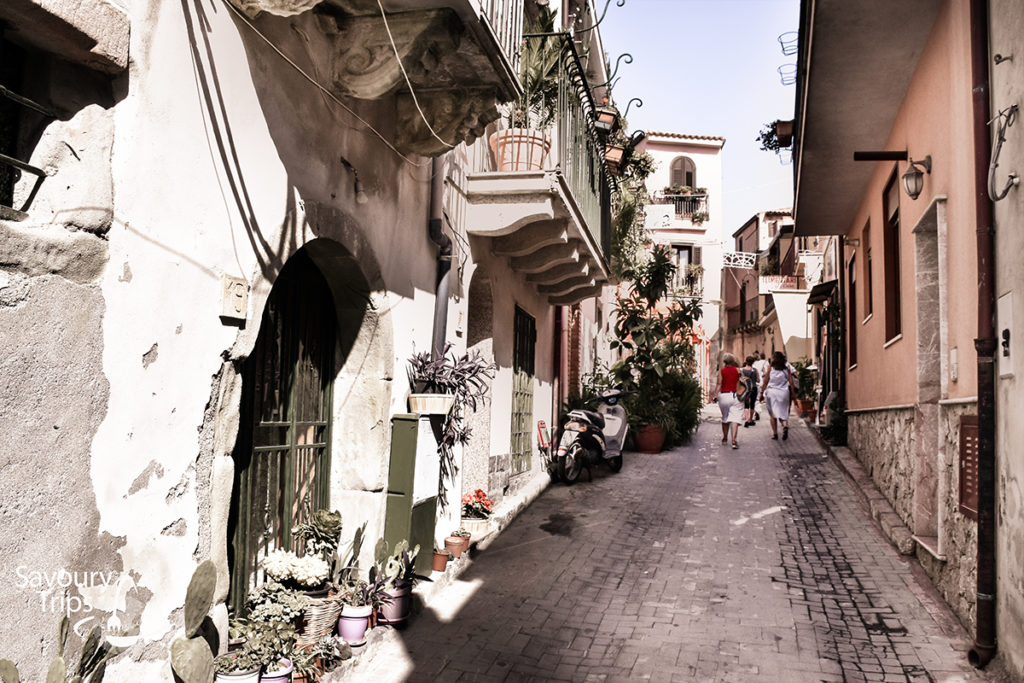 The streets of Forca d’Agro

Just like any “sous chef”, in order to appeal to his “chef” Vittorio, Garibaldi promised a lot of things and fulfilled few of them – which might remind us of the current situation in Serbia (but he did give them gold bars which is an important info for the rest of the story).

If only we could unite somehow like 19th century Sicilians and create a fantastic recovery idea that would be studied for hundreds of years in our Faculty of Economics as an example of good practice. That was the case with the Sicilian idea of a recovery plan that the Dons came up within the 19th century.

But no, smart people don’t reinvent the wheel, and we want to invent another one. 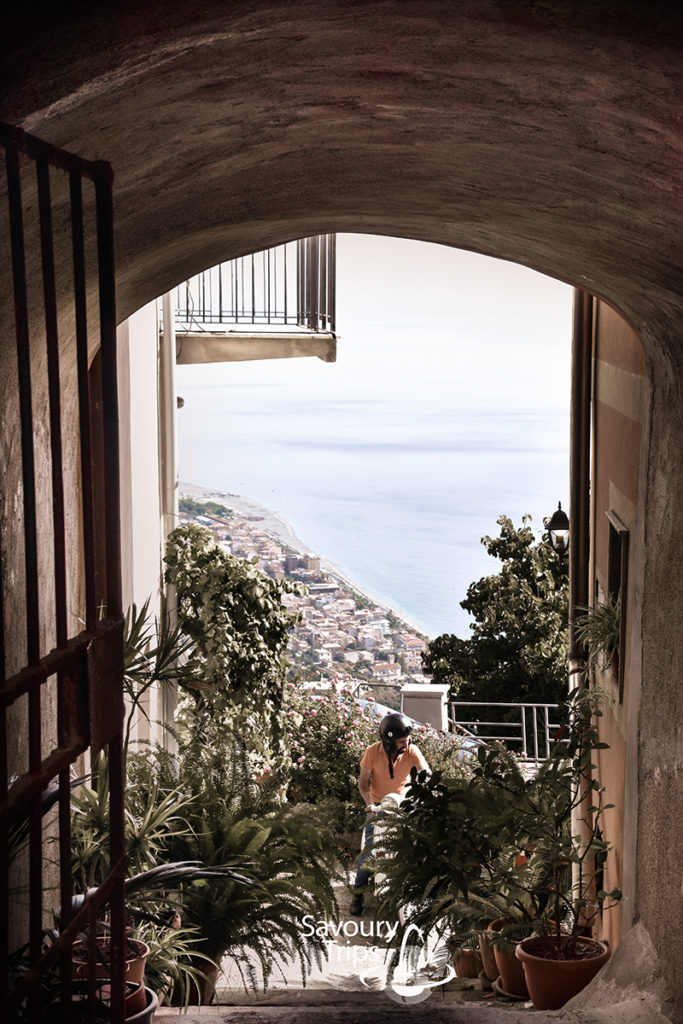 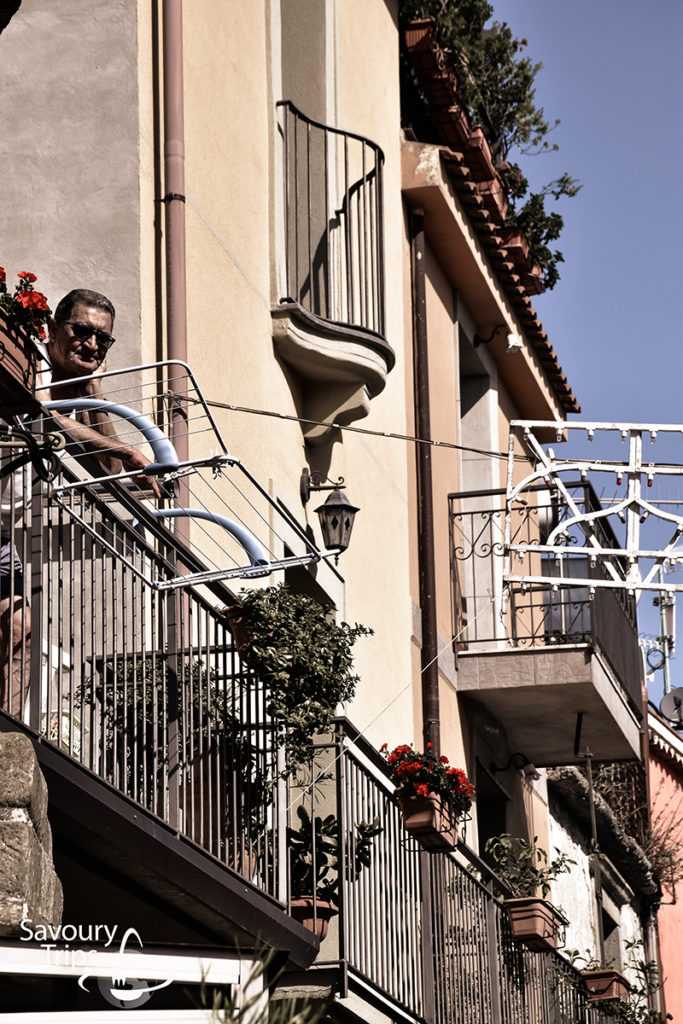 Now let’s go back to the plan. The plan was an organised migration to America. Emigrant figures were huge… about
1 600 000 Sicilians moved to America.

Now it was time for the gold bars…They came into force and the savings paid off. With their help, Sicilians started buying companies in America.

Word and honour stronger than a contract

Sicilian villages – hand instead of a contract

All of those who left for America did not sign any kind of a contract with the Dons because for a Sicilian man, even today, a handshake and honour are stronger than any kind of a contract signed at the notary public. Dons provided them with a ticket, food, a job and they would support their families in Sicily from the salary, in addition to giving 20% to 30% of it to the Don. And that would last for 10 to 20 years. After that, they were free men. 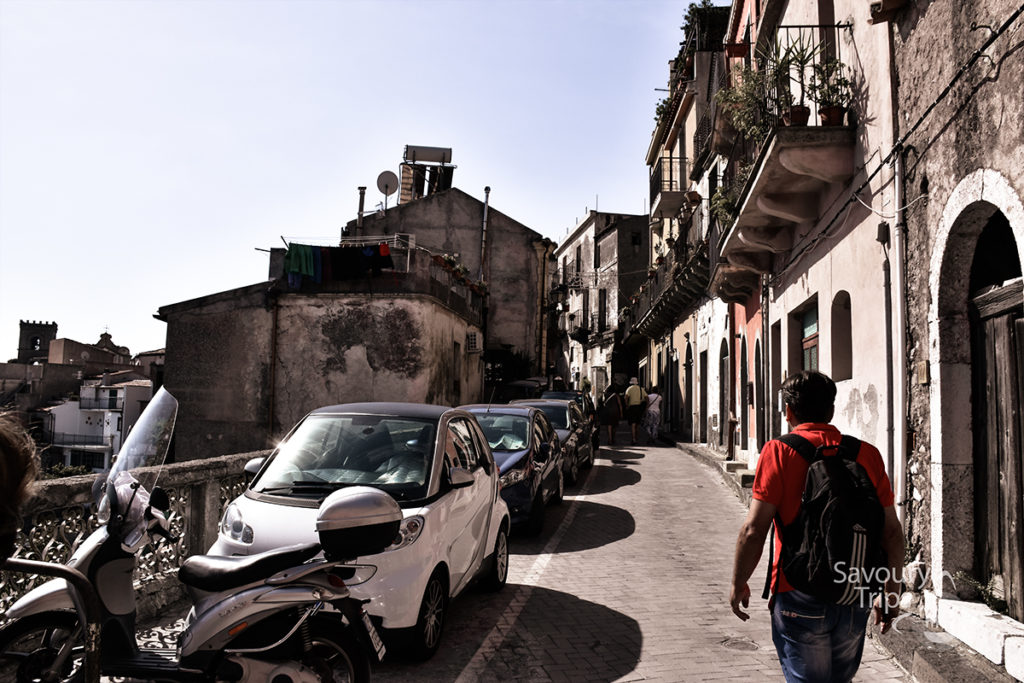 Forca d’Agro in its authentic look

If someone did not stick to the contract, they would retaliate on the family members who stayed behind in Sicily, on the land of Sicilian villages. After those 10 to 20 years of financial slavery, moral slavery would arise…So, for example, if the Don invites you to help out some family after those 20 years of slavery and you refuse because you are a free man…from the very next day your life would get more complicated than you could ever have imagined.

Prohibition establishment and its abolition

This is the time of Alphonse Gabriel “Al” Capone and Charlie “Lucky” Luciano and the biggest crimes of Cosa Nostra.  In this period, Cosa Nostra was divided into two branches – the one in Sicily and the one in America –  and the drug trafficking entered by the back door. 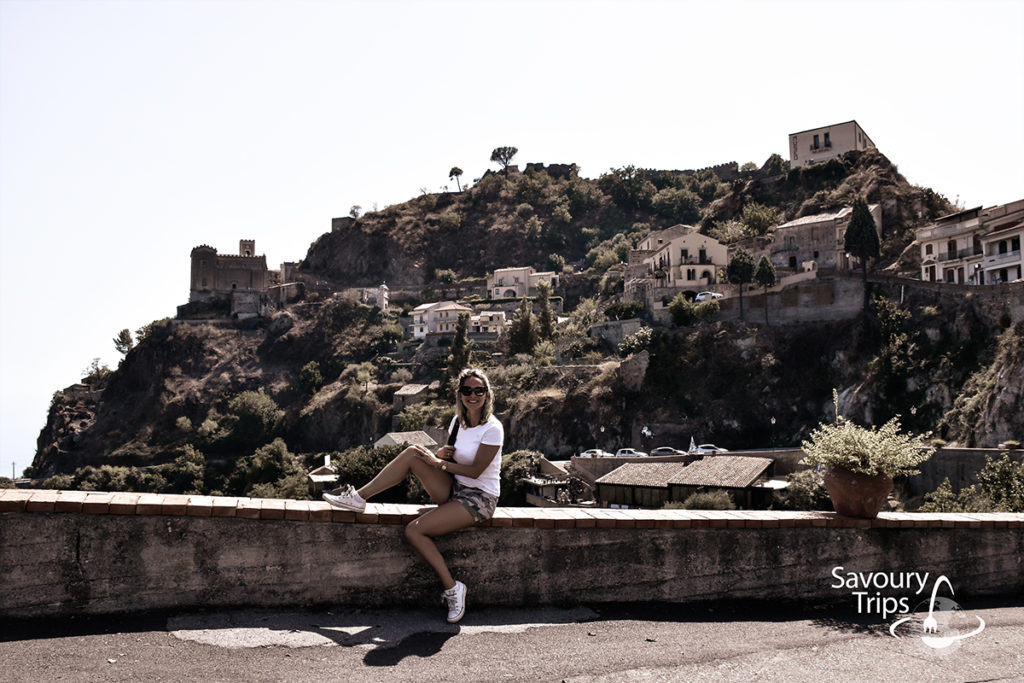 Me, sitting on a wall gazing at the Santa Lucia Savoca church, where Al Pacino and Apollonia got maried

Hotel Palmes  in Palermo played a big role at that time. That’s where the mafia would meet up every time they had to make a big decision, and one of those was to be or not to be friends with drugs.

At one of those meetings that lasted for 3 months, a new branch of Cosa Nostra in Naples (Camorra) was formed that would produce and distribute narcotics and weapons. After that, Ndragheta followed which dealt with kidnapping, blackmail, and debt collection.

You must have heard of the mega fight process of the Italian authorities against the Sicilian mafia…In 1980, they were finally able to strike a blow.

The story goes like this – two mafia clans had such a huge fight that they started shooting at one another on the streets of Palermo. The police finally managed to confront the mafia after having spent many years training in America. They were able to make Tommaso Buscetta break Omerta and testify against Cosa Nostra. 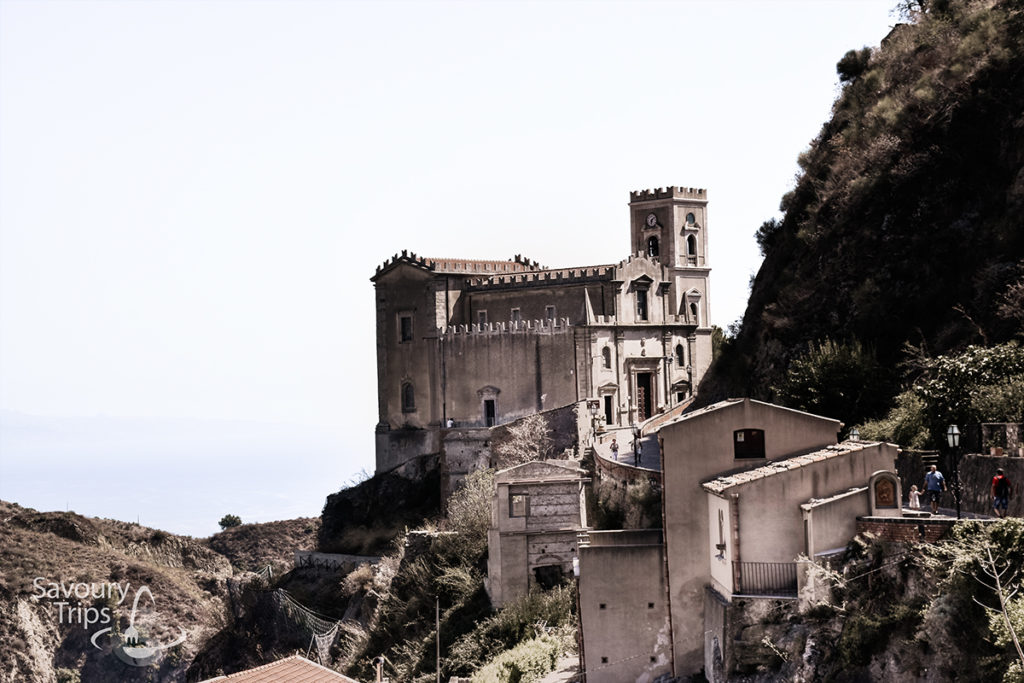 On this occasion, 450 mobsters were arrested and sentenced to 1000 years in prison and were given 26 life sentences. A special prison was built on the highway in Palermo just for this. 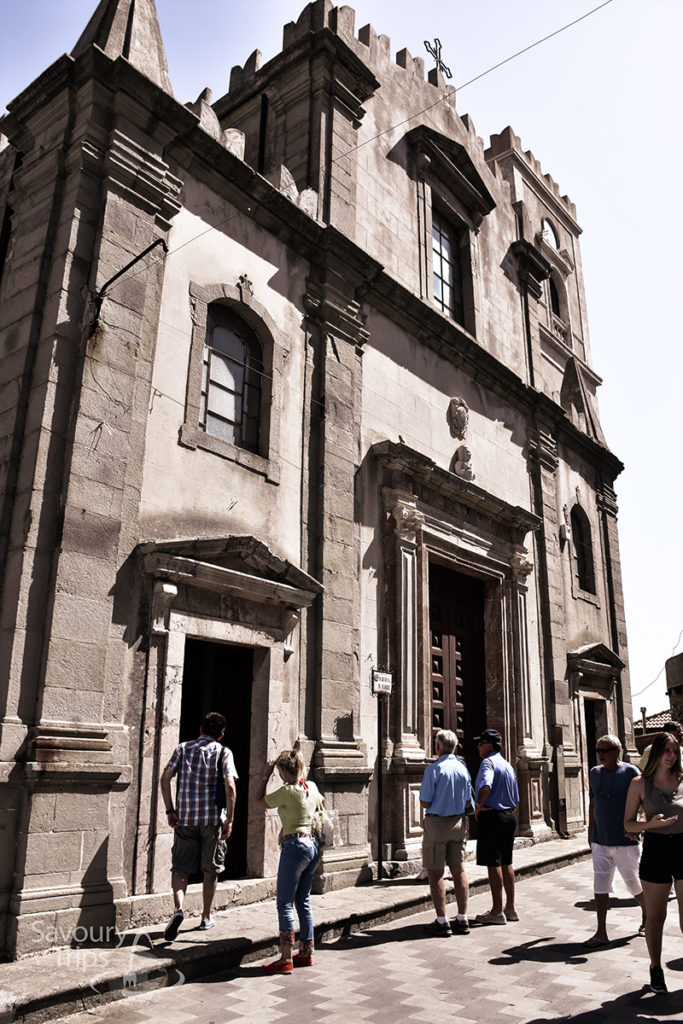 Santa Lucia church and the doors where the wedding took place 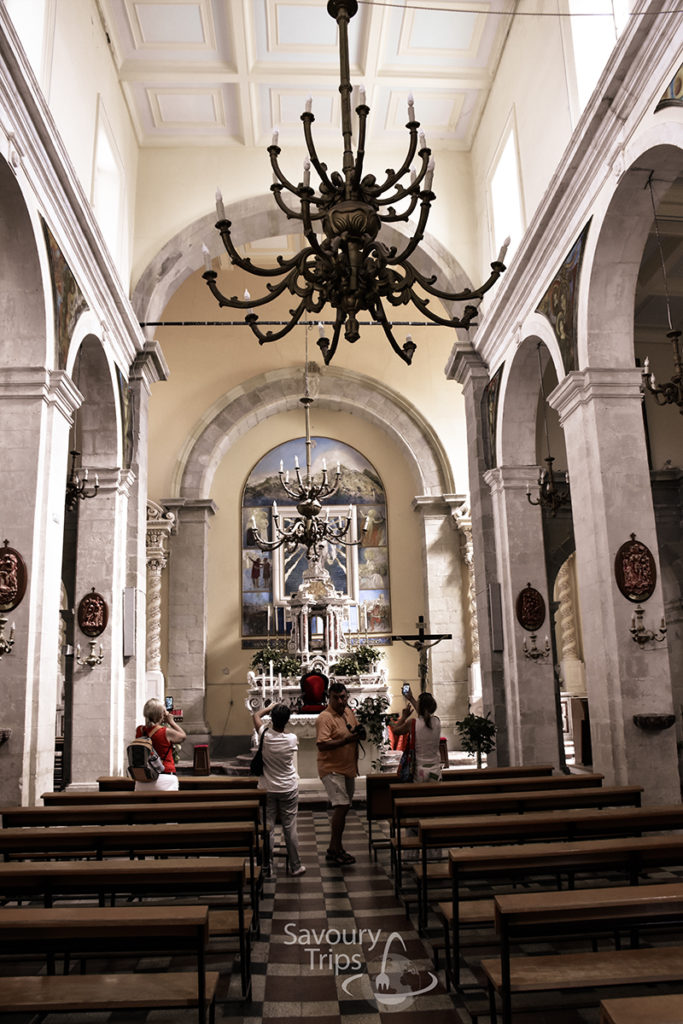 The inside of Santa Lucia Savoca church

You must know how hard it was to be a judge for this type of mafia back then. Unfortunatelly, in 1992 Paolo Borsellino and Giovanni Falcone – two fighters against the Sicilian mafia were killed in two months time.

Giovani Falcone was murdered by planting an explosive on the highway…His car along with his body were blown up with 600 kg of explosive.

Mafia now and then

I told you everything about what it used to be like, but as for now…Cosa Nostra still exists…98% of its business is legal, while 2% are connected to human trafficking and prostitution. 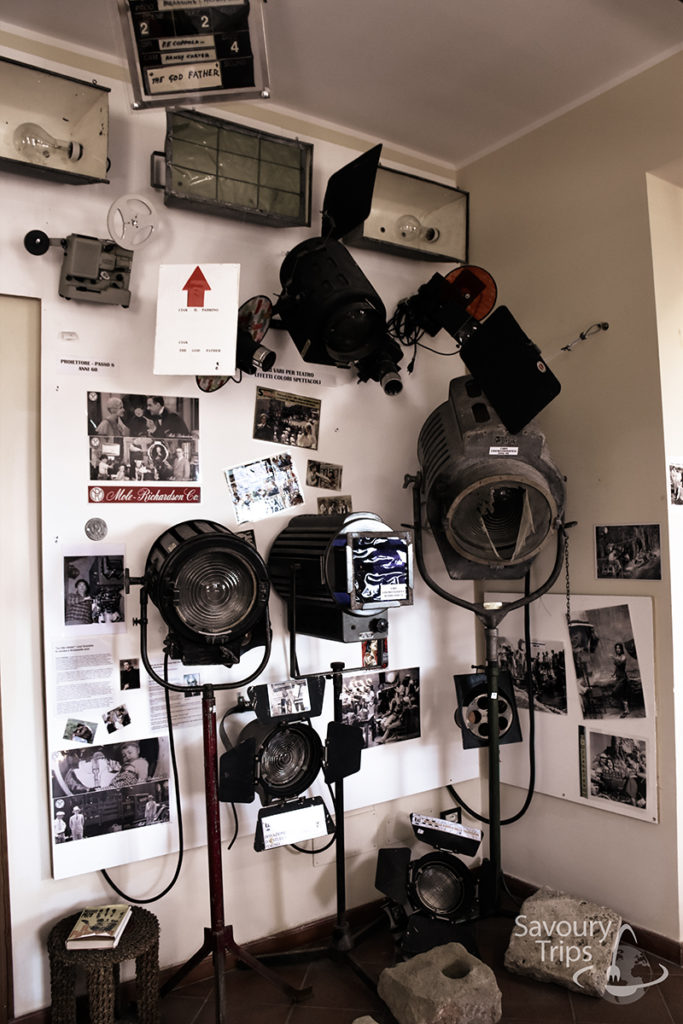 The museum in Savoca is dedicated to Marlon Brando. Another interesting thing…the Sicilians from Savoca loved the actor so much that when he died, the entire village wanted to go to his funeral. But then the chief of the village said it was too expensive…” the only one going is ME” 🙂 In memory of Marlon Brando, at noon you can hear the song from the movie “Godfather” instead of a bell 🙂 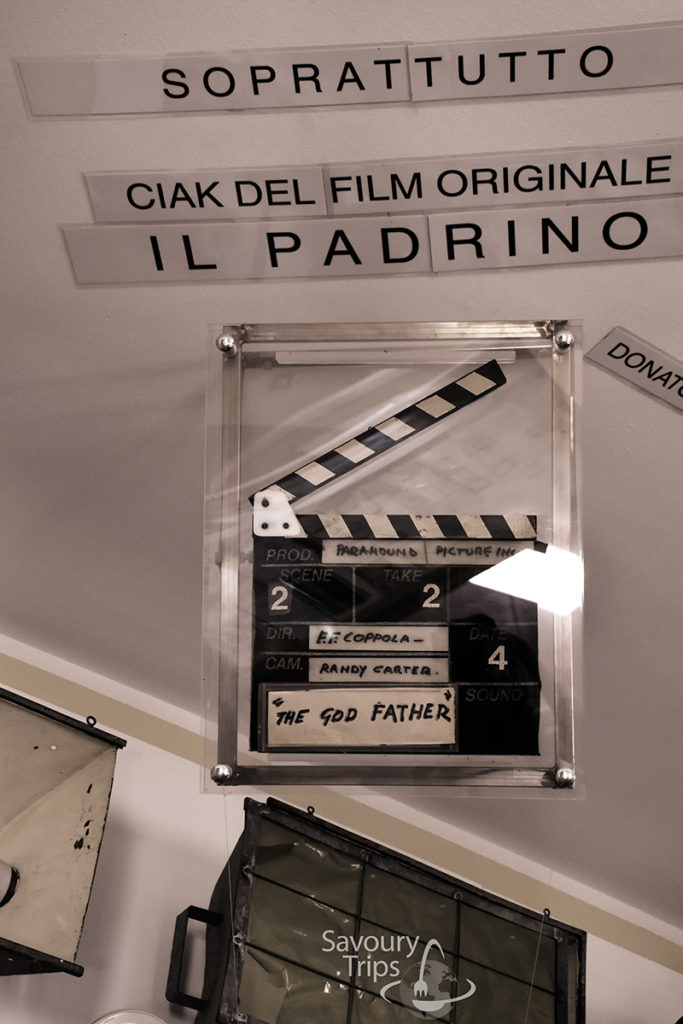 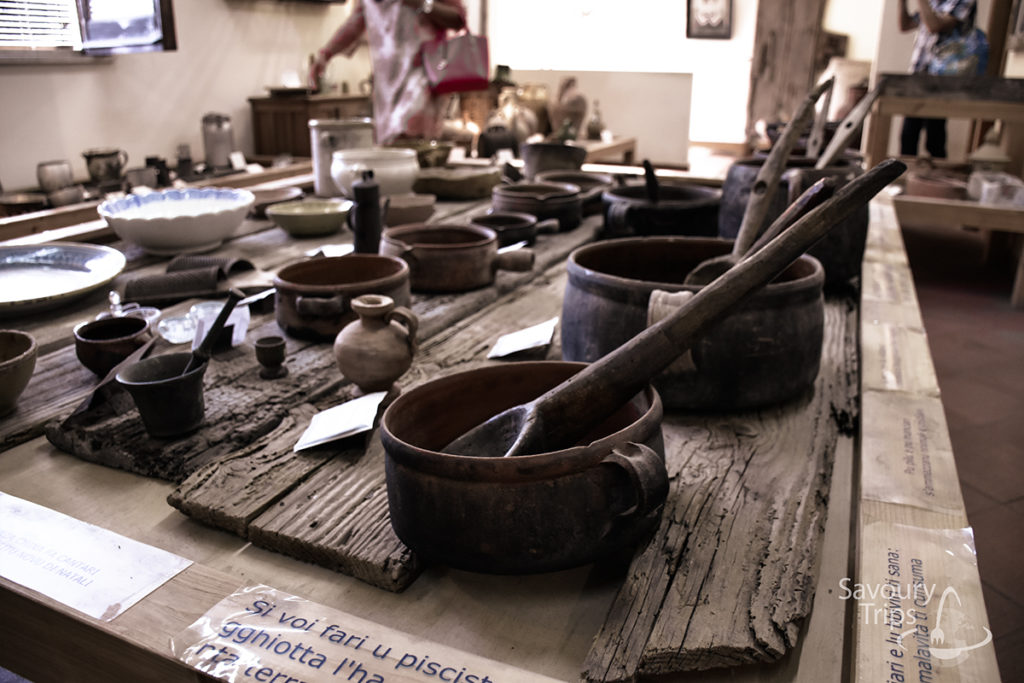 Besides parts of the museum dedicated to Marlon Brando and the Godfather film, there are also some antiques from that time period, and even before

This is how it’s done today…They are co-owners of a number of construction companies, airline Catania, and they also have stocks in the national airline. They have informers at all political levels and to this day do business according to the principles of moral obligations of those who mutually profit from the relationship.

When I say human trafficking I mean all those people who sell you souvenirs, massages and clothes on the beach during summer, and in winter pick oranges.

What was this long story for?

For the cheese…or Sicilian villages

So, three Sicilian villages are important – Corleone (slightly below Palermo in the heartland of Sicily), Savoca and Forca d’Argo on the east coast. And the filming of the Godfather is important, too, given that the inspiration for it was found right in the story of the mafia I told you about and the lifestyle in Sicilian villages. 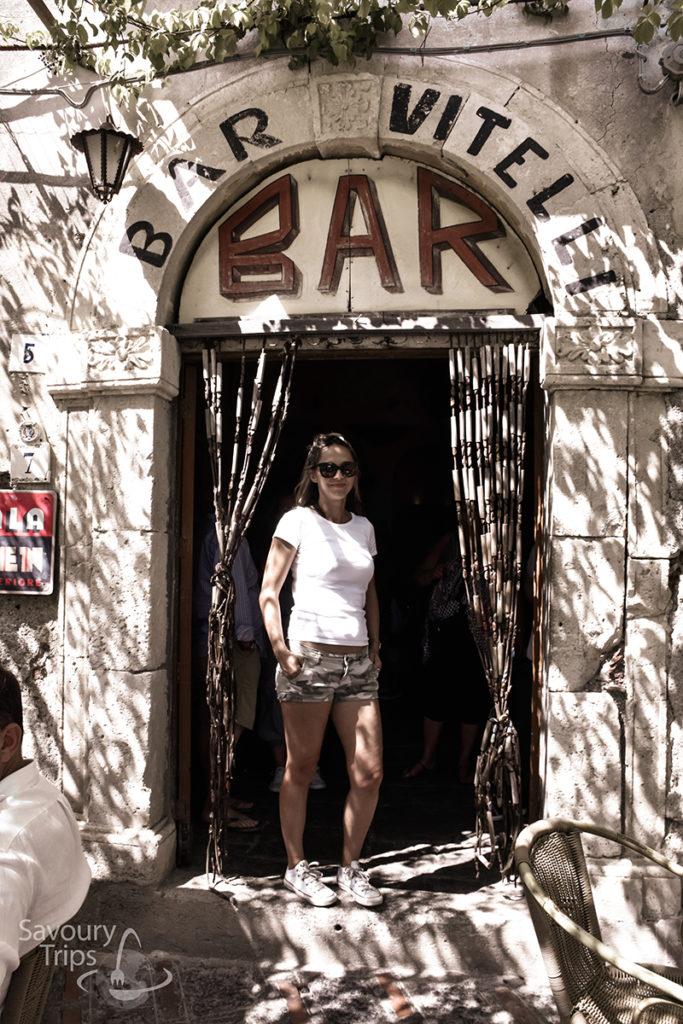 No, I did not forget about the Vitelli bar in Savoca. By the way, the Vitelli bar was originally called bar Mario and it was owned by Apollonia’s father. Coppola redecorated it a little bit for the shoot…he brought some flower pots and changed the name into Vitelli. It all stayed to this day, and the flowers have really grown which is easy to see.

By the way,  the filming of the first Godfather movie based on Mario Puzo’s novel started in Corleone village. However, Coppola had to stop the filming because mafia blew up his equipment one night. He did not want to donate 1 000 000 $ to the village. 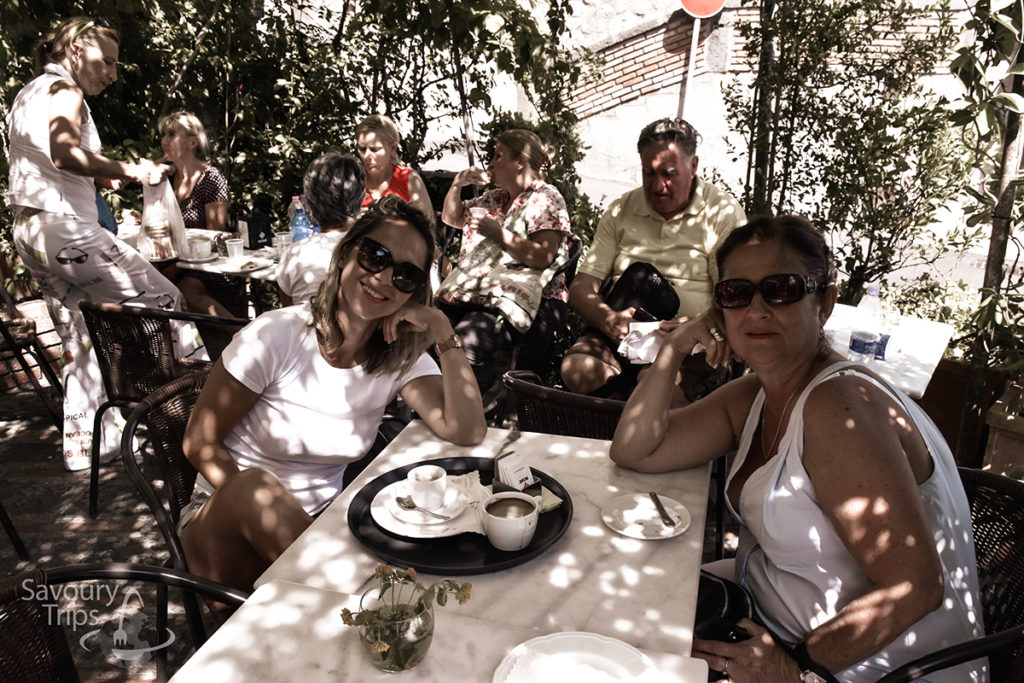 This is us sitting in Vitelli bar in deep shade, drinking coffee and eating cannolis…I mean, we already ate them 🙂

However, the Taormina film festival participants managed to convince him and he decides to continue with the filming, but in Savoca and Forca d’Argo village.

I showed you what they look like and what you can see in both of those villages through the pictures while telling you the story of the mafia. I hope I was clear enough. 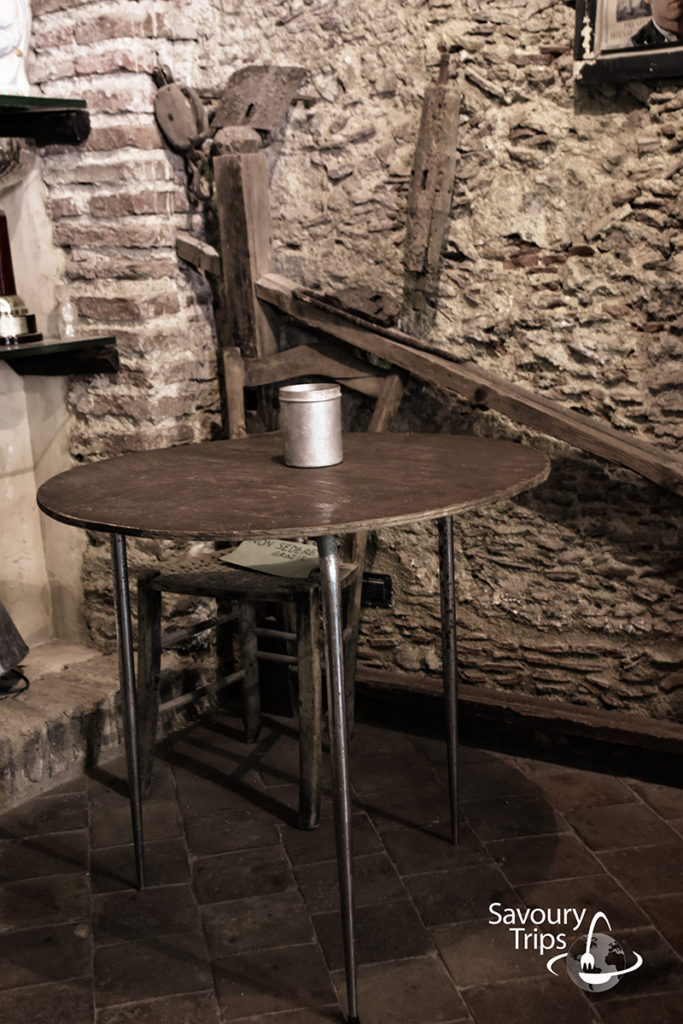 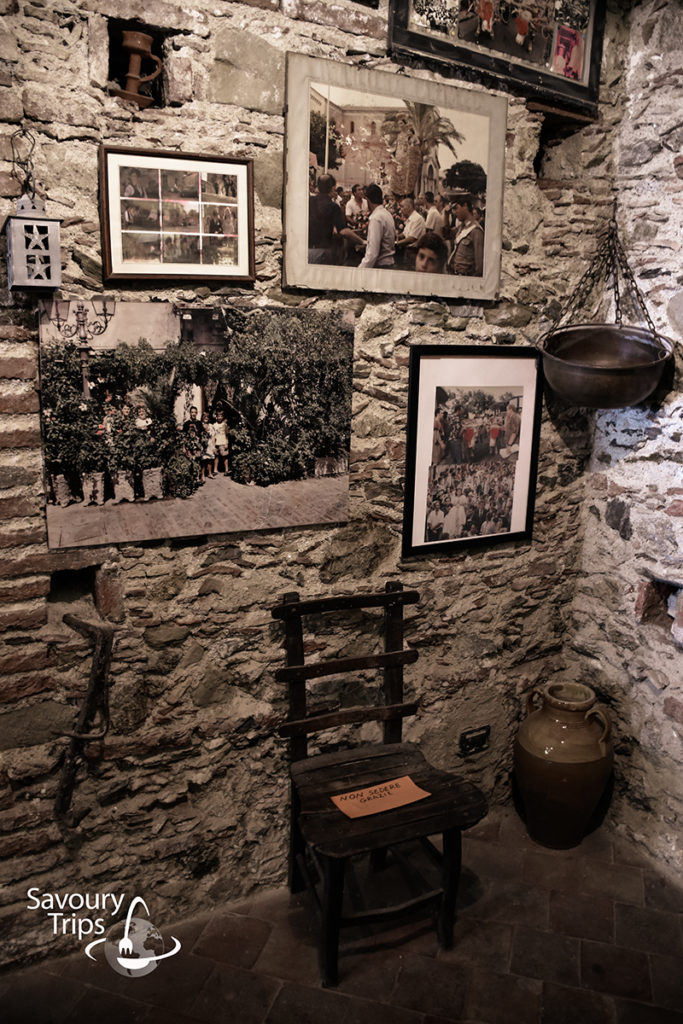 Where there’s a table, there’s a chair, but the shotgun used in the film is gone with the wind…they say some tourist forgot to bring it back 🙂 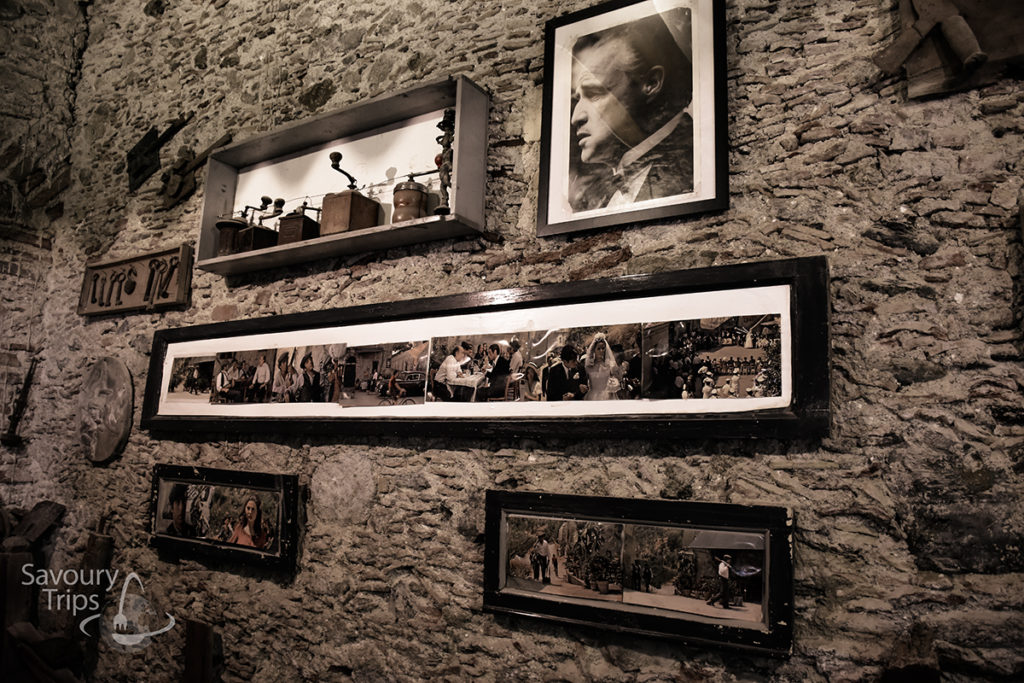 Marlon Brando in the picture and in the film 🙂

If you are interested in this story, then you should go to Palermo. Take a look here to find out what you can see there. 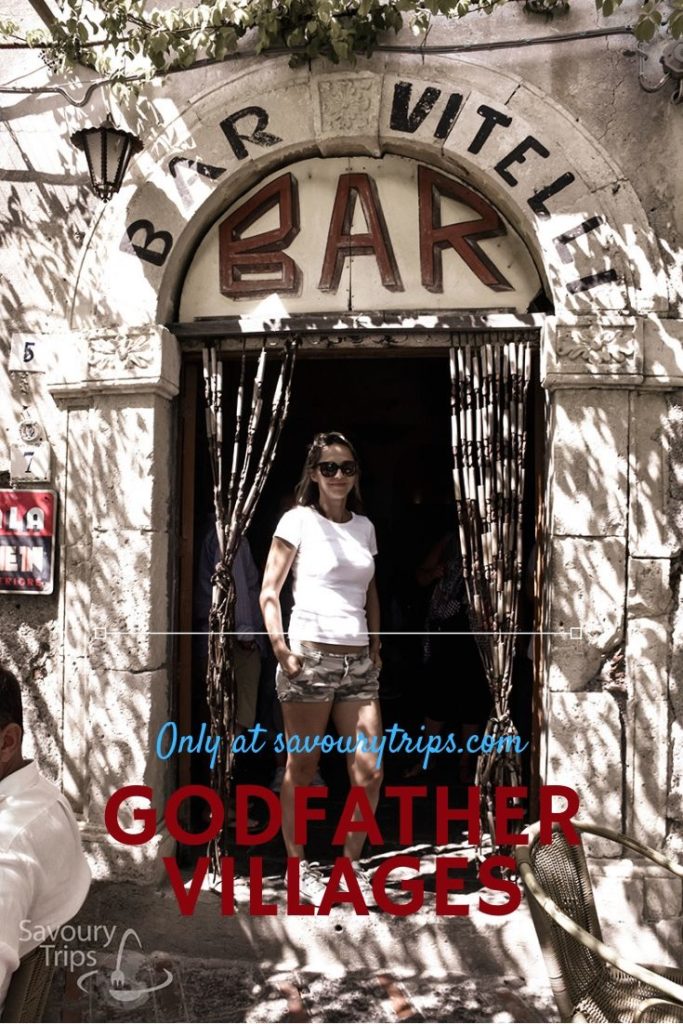 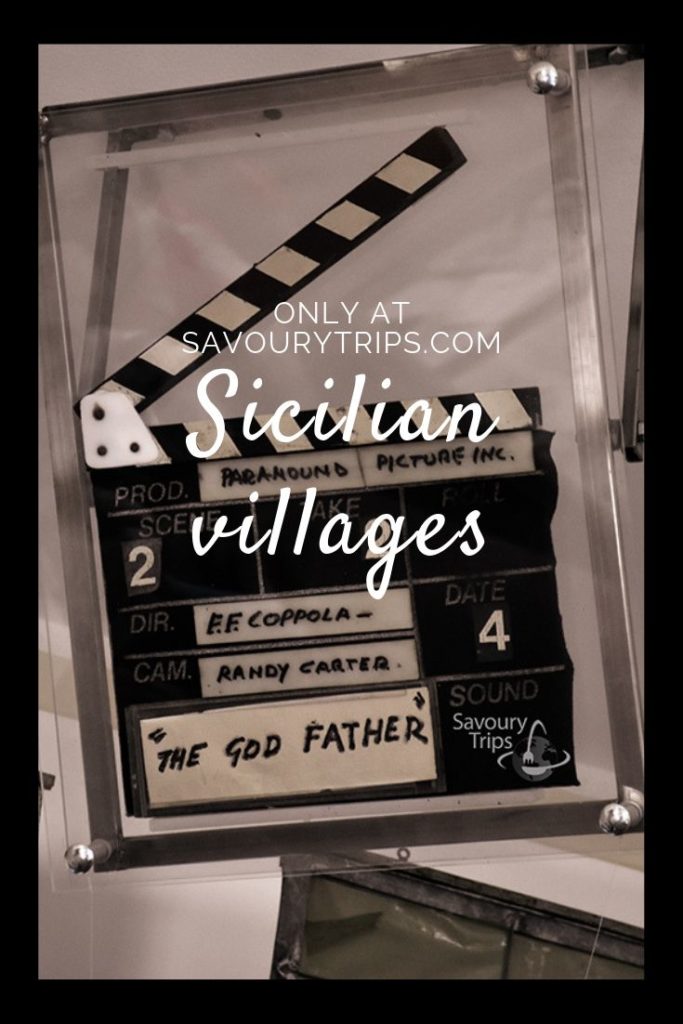 Cooking school top 5 important things that you will learn
Cocoa spice how to use it in every day cooking?