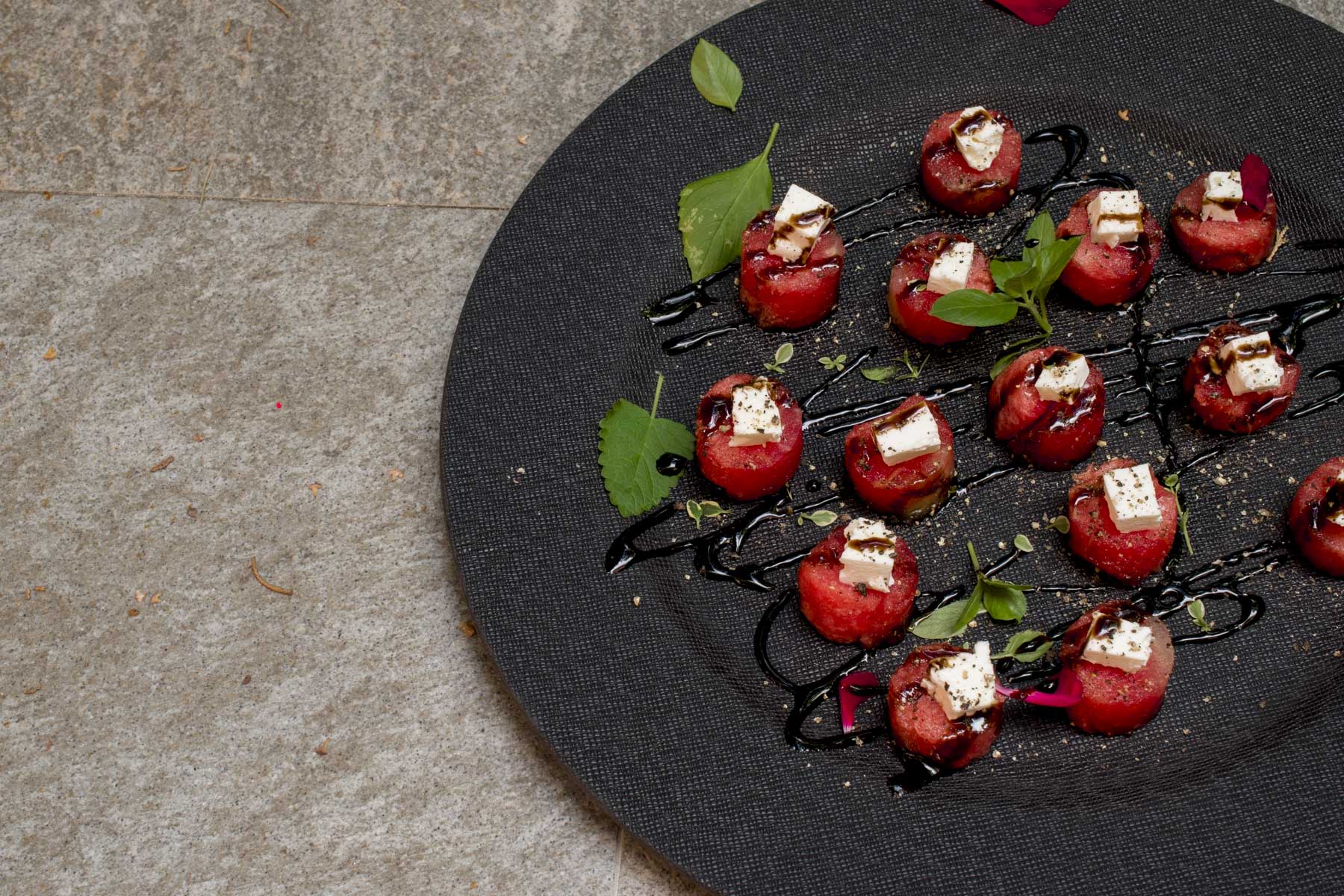 Watermelon with feta and pepper

Watermelon with feta and pepper

This unusual mixture of flavors, watermelon with feta and pepper, is one of the favorite dishes I prepare in the watermelon season. A new and extraordinary flavor. 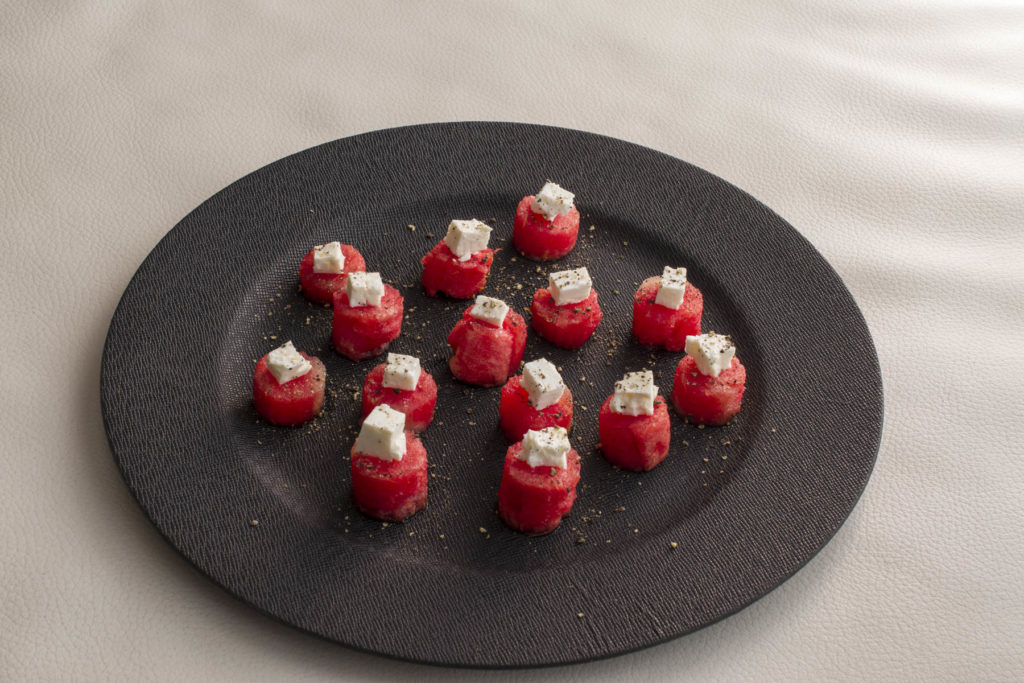 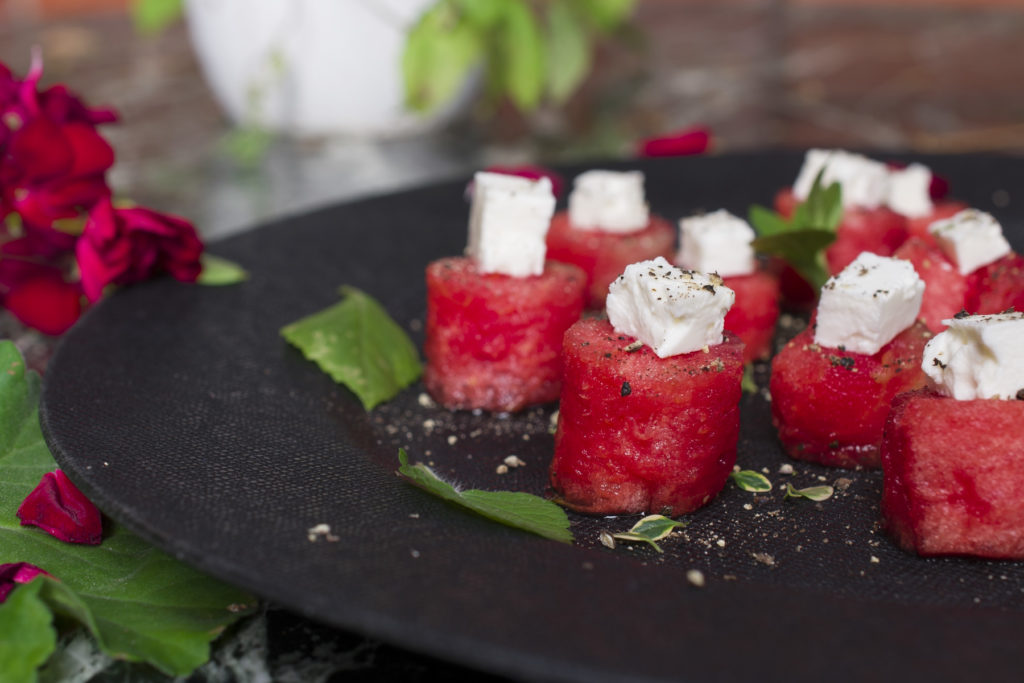 What does the legend say?

It comes from the Vietnamese culture, unfortunately it is not mentioned as watermelon with pepper and feta cheese, but it classifies watermelon as a source of happiness.

An- Tiem was banished to a deserted island by his father, Hung Vuong 5th’s, command.

The prince had to find water, food and shelter on his own. He built the place which protected him from the weather conditions, dug a well and hunted fish and wild animals to provide food. One day, something big, round and green sprouted next to him. He cut the fruit in half, but he didn’t dare try it.

As days passed by, and the weather got warmer, he ran out of water. One day, he was so tired and thirsty that he had to try the fruit. He felt a very refreshing and sweet flavor, which satisfied his thirst. As he realized he wasn’t poisoned, he started growing them. Soon, the entire island was covered with the green fruit.

He suddenly remembered to carve his name and the name of the island onto the fruit and drop it into the sea. Later, sailors found floating fruit with his name and tried to find him and the island. The news of the magnificent green fruit spread throughout the continent. Soon, the merchants found him and visited him more and more often.

This entire story reached his father, king Huang Vuong the 5th. The king was very proud of his brave son who was capable of overcoming all of the hardships without any help.

An- Tiem got back to the ‘trial’, but he brought some of the green fruit along, to offer it to the king. The father set him free, and gave him his crown, so that An-Tiem became the new king, Hung Vuon the 6th.

Ever since then, the fruit was called ‘dua Hau’, and has become the source of happiness, and people often gave it as a New Year’s gift.

Is knocking on the watermelon surface the only way to pick the right one?

Once, we used to buy only the watermelons which were heavier than 10 kilograms. Today, we sometimes buy half of that weight. It is not about the price, but the laziness. What I noticed when we buy the heavier one, each one of us is waiting for another one to cut it. If I buy only one half, we take the cutting duty with more ease.

When watermelon is cut, then, based on my long experience, I pick the one with the deeper red color, which is not marked with any white stripes (or a minimum of these). Seeds should also be dark, or completely white, two extremes, and nothing in between.

If I am buying the entire watermelon, there are a couple of things I pay attention to:

Anyway, although I try to pay attention to it all since I am already going to drag it all the way from the market, I can fail sometimes, but not often. The fact is that we eat more than we throw away in the watermelon season.

When I am picking a watermelon for my watermelon with feta cheese and pepper recipe, I always buy the cut one, because, the sweeter the watermelon, the better the recipe, and that is the only way to precisely determine its quality.

How did we say goodbye to it?

With a grand gesture, just like we greeted it J

It was welcomed with already tried combinations.

We said goodbye to it through the watermelon with feta cheese and pepper recipe. It’s best to use Sombor feta, not the Greek one, because it has a stronger flavor. It is also a recommendation to grind the pepper at the moment of serving, because in that way its aroma will be stronger. You can add some more mint to your liking, and pour some honey or olive oil over it. This time, I used the reduced balsamic vinegar, which you can buy in stores or make your own (cooking sugar and plain black balsamic vinegar until the mixture reduces and becomes sticky). 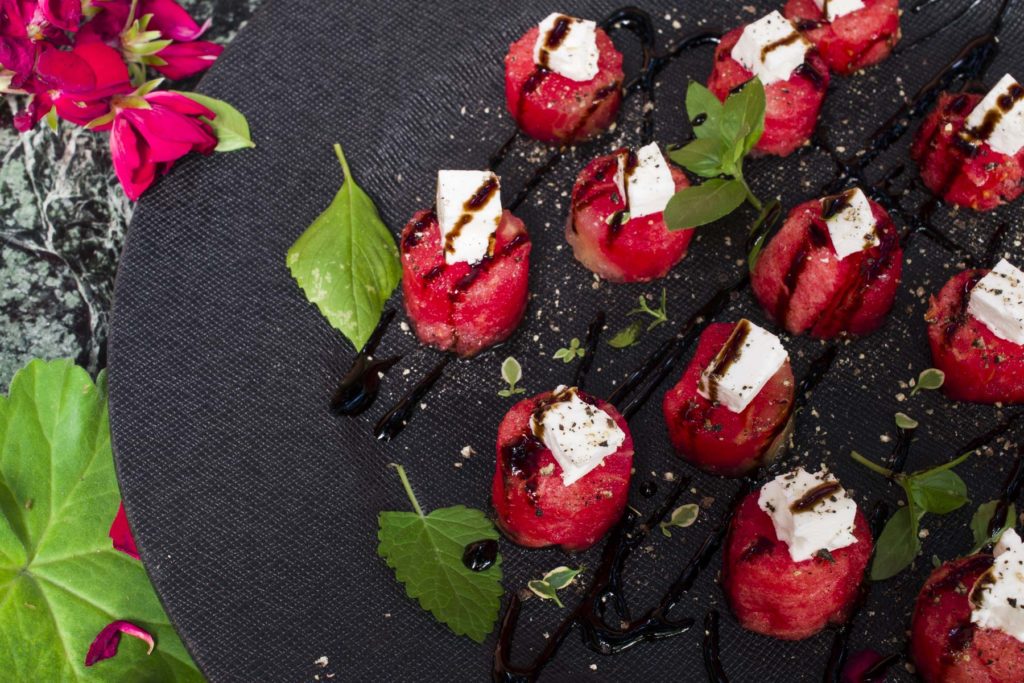 So, while I was playing with the camera, someone used their 5 seconds… and there goes the last watermelon with feta cheese 🙂 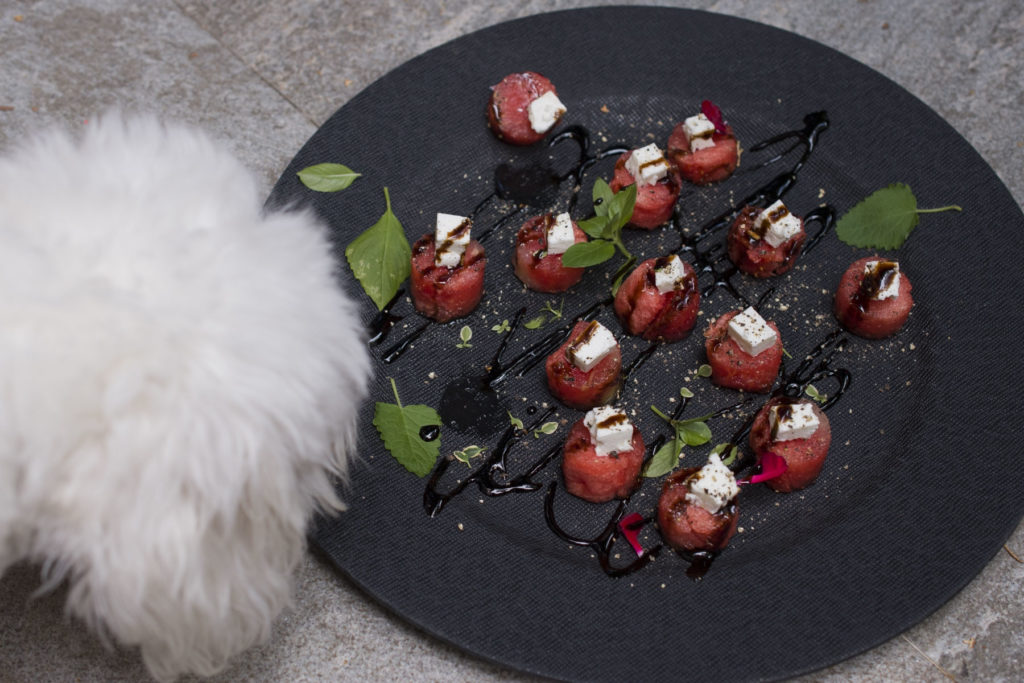 How did you combine watermelon this year?