Or cream made of vanilla

Traditional vanilla cream used in the Italian cuisine for most of their dishes.

Even the best cookies are tastier with this recipe. It is enough to say- magical vanilla cream.

Some of the possibilities for its usage are: dressing for apple onions, Pan di Spagna, apple strudel, or as a filling for doughnuts, or even ice cream or kompot made of fruit by your choice.

You should be careful when cooking cream on steam. It shouldn’t be undercooked nor overcooked, in order to get the desired texture.

Vanilla cream can be poured in jars and kept in fridge for approximately 7 days. That is the option for later usage. However, it’s so tasteful that there is usually nothing to be kept for later.

Look at the video on how to cook this famous cream. You will understand why it’s so simple to prepare and so efficient for usage.

In case you like none of the offered combinations, I always have something more to offer. American pancakes with vanilla cream and berries.

I am sure you won’t be wrong no matter which variation you decide to prepare. This is an evergreen flavor. 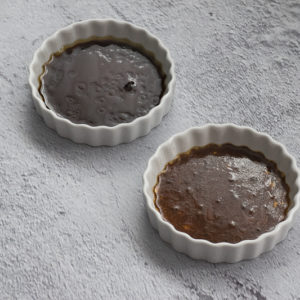