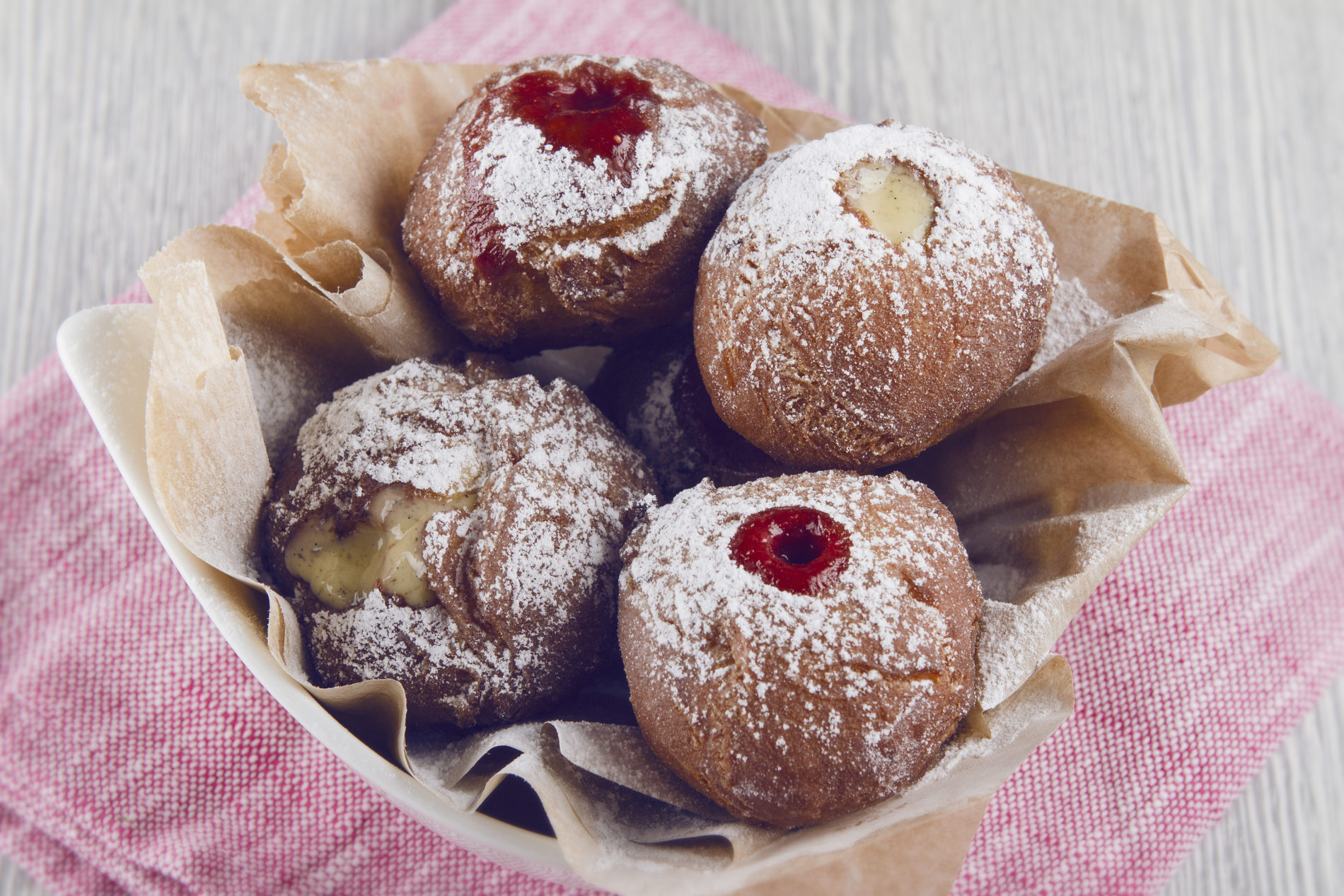 The smell of doughnuts reminds me of my childhood, and teenage years (when there was a lot of great food) spent in the country at my grandma’s. She would always do everything we wanted, and so she would be happy to make doughnuts for all of the children in the street.

Were your grandmas great as well?

Where did doughnuts come from?

Doughnuts originate back in the times of Autria-Hungary (Graz area), but they soon spread in north Italy. Today, you can find a lot of texts about doughnuts originating from Poland, Germany, or some other country.

Originally, doughnuts are connected to some carnival celebrations when they were fried and sold in the street.

How did they get their name?

There are different stories about their name as well, some of them are that they got their name after an old German worl ‘Krafo’, which actually means pancake. Another one is that they were named after missis Krapft from an old Vienna pastry which it thought to have created this dessert. Among other, even some pharmacists are mentioned as possible creators of doughnuts.

Doughnuts quickly move to Vienna from Graz, and from there to Trentino, where it is said are the most delicious doughnuts today.

How to make the most delicious doughnuts?

This time, I had some raspberry sauce, so I combined the flavors.

Believe it or not, the dough can be frozen and used later. If you want to freeze it, roll it balls (small doughnuts) into flour, put it on a plate and in the freezer.

Modern children like modern doughnuts with some modern filling… such as Nutella. 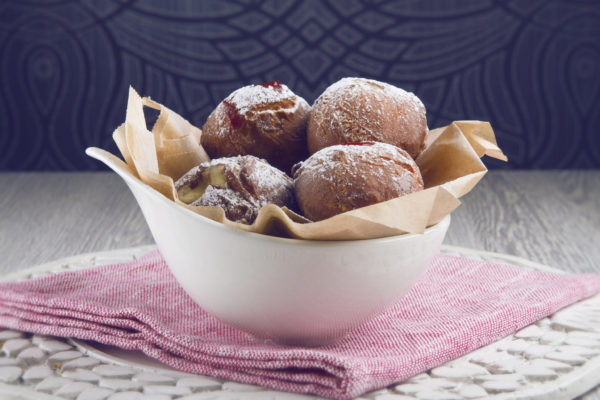