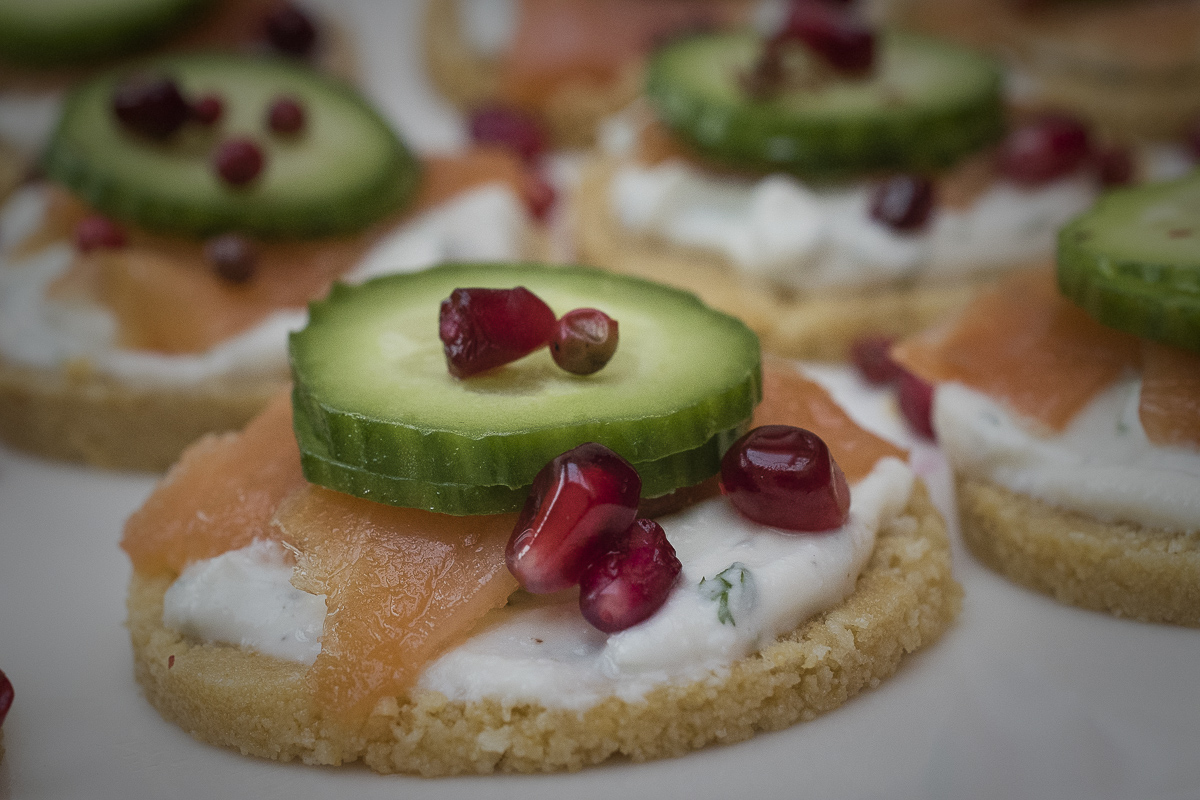 Published on January 7, 2018 | In Contemporary, Scandinavian | By Suzana | 0 Comments

I have been going to restaurants considerably less. Somehow they all look alike. I have nothing to choose from, they all offer the same.

Maybe it’s just me…and now I am making up things that every restaurant is the same and that they are no good.

But honestly…I think that they are experimenting less and less.

I love to eat different things, and try something new…so sometimes I even eat the appetizer as a main course and vice versa 🙂

In order not to be monotonous I experiment in my home and make homemade dishes. The first time I made this recipe was for the past New Year’s Eve as a part of the holiday food. And since then, who knows how many times…Most often I make them as small bites when we have friends over. The main ingredients are smoked salmon and TUC crackers. So what’s about to come is an incredibly quick salmon recipe.

You also need a bit of butter, ricotta cheese (or as a replacement you can use cottage cheese from the market), Philadelphia cheese (or you can use any kind of homemade cream cheese instead)…a little bit of vodka, dill, red pepper, black pepper and salt. This salmon recipe has 3 parts:

It should be taken out of the vacuum packaging and cut into smaller pieces.

Preparation of the base on which everything is put later

It consists of crumbling the TUC crackers in the blender with the addition of butter. So, it’s important to make the right ratio, so that it’s not too dry and not too wet. Therefore, I transferred the mixture I got on the baking paper and with the help of my ten golden fingers, spread it so that it was 0,5 mm thick. As I found a glass of an ideal diameter, exactly for two bites…and cut the spread mixture on the baking paper.

Then, I transferred the circles I got onto the tray (which I covered with baking paper). And put it in the fridge (you can also put it in the freezer) to tighten as soon as possible.

While the base was in the freezer…I was preparing the rest. I mixed ricotta cheese and Philadelphia cheese. I added a teaspoon of vodka, a bit of black pepper and a bit of dill.

And at the end, all that’s left to do is to arrange everything in layers and decorate.

I shaped the base and cut with a glass in circles. I put the cheese spread on the base, put a piece or two of smoked salmon, decorated with fresh cucumber, pomegranate and grained red pepper.