Maybe this is the right time to introduce you to some people who marked my culinary travels.

I got the idea for this recipe from a person like this. Someone who, for a year, was like a substitute for my mother and father, my sister, husband and children. He was always there when I needed support and he gifted me with one of my favourite culinary books. After our trip ended, he went back to Taiwan, and I continued my journey in Paris. In any case, we are still as one in good and bad moments.

This is my James… 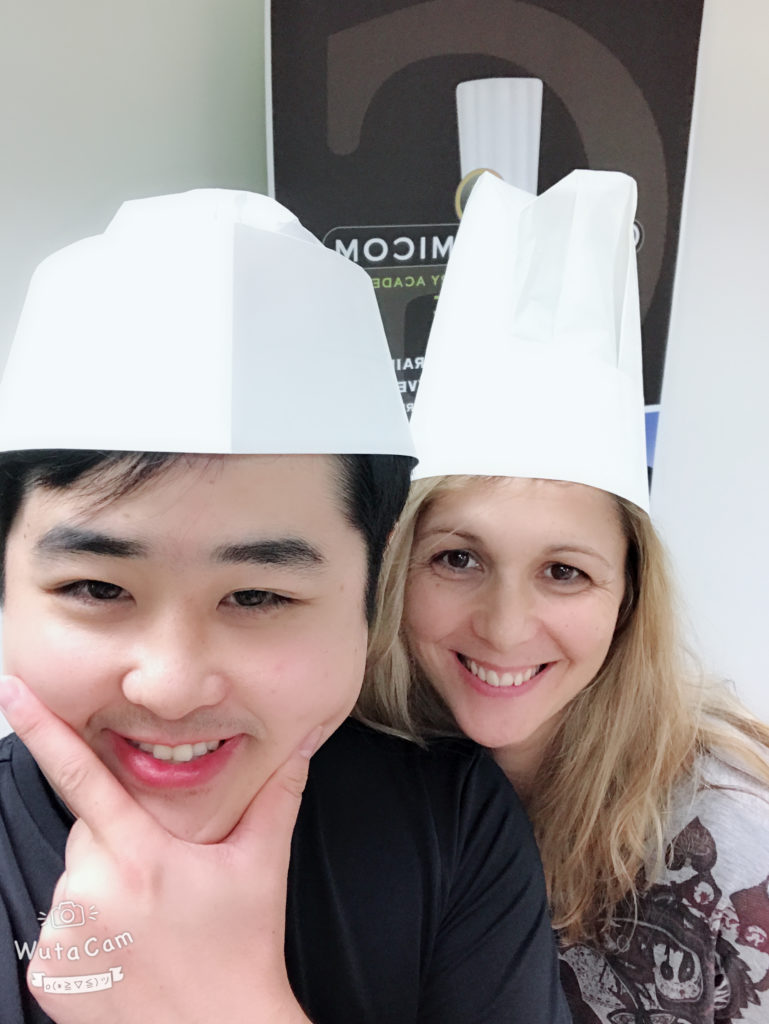 I will give you some tips & tricks here, and at the end of the page you have a full recipe.

You need rice, a lot of garlic, chicken soup or broth, or a buillon cube.

As for rice, the best is Jasmine rice, but any other is more than fine.

Before cooking, you should wash the rice 4 times. This means that you should stop washing it once the water becomes clear. Then, put it in clean water for about 30 minutes before cooking. Do not stir the rice while cooking. Pay attention not to overcook the rice. It has to be al dente. It’s best to stop once it’s 85% cooked, cover the pot and leave it aside to finish cooking in its own steam.

The rest for rice with minced meat

Meat is also important and mixed mince meat give the most flavour. I mixed lamb, pork and beef of 15% fat. Fat  gives additional flavour. If you can, pick pieces of meat so that the butcher minces it for you, rather then buying the already minced meat.

And coriander from fresh spices.

Poached or soft-boiled egg on top and a bit of baked bacon.

If you think poached egg is too complicated, you can also boil an egg. Put water to boil, and then put the egg in the boiling water to cook for 5 minutes. After taking it out of water, immediately shock it with cold water to stop further cooking. It’s best to leave it for some time in cold water.

It’s not a mistake in recipe – you need a whole clove of medium-sized garlic. Break the clove apart, but take off only the surface peel. Leave the other layers because they protect the garlic from burning and changing its flavour. Crush the garlic with your hand before putting it in a pan, there is no need for chopping. You will take it out anyways once the job is done.

Make the gravy sauce by following this recipe. You can make it from meat and bones you have. Once it’s done, make larger amounts and freeze it in plastic moulds for ice.

If you don’t have minced meat, you can make this dish with bacon as well. Do everything the same way, but instead of minced meat, braise bacon cut into cubes.