The perfect combination for losing weight and increasing man’s libido is pork with mushrooms and dried plums.

Let’s have a glance at our tradition.

The young ones were craving something different.

The kids told me: ‘Mom, can you ever just make a normal lunch?’

I was astonished… what did they mean by ‘normal’… what’s not normal… I guess everything is normal… think, think… How should I react… How to respond…

So I asked them: ‘What do you mean normal?’

And everyone replied at once… ‘Well, for example… some meat and mashed potatoes… but not to put MANGO in the potato.

So I concluded they didn’t want mango anymore…

Well, ok, we are going to use DRIED PLUMS 🙂

Pork with mushrooms and dried plums

The recipe consists of two parts. The first part is the sauce made of chanterelle mushrooms and dried plums, and the second is meat.

Of course, there is a secret ingredient in every recipe, as well as in this one. This particular ingredient affects the libido of our stronger halves 🙂 think about it…

I use the opportunity these days (there are less and less of them on the market) to enjoy in these mushrooms at least once this year. Considering the fact that they are quite expensive, you certainly can exchange them for some other mushrooms for this recipe, the ones that you can find and afford. Just don’t forget that you can find dry chanterelle and porcini in supermarkets, i.e. in dried state, which can be more affordable. So you can exchange the fresh ones for these.

Chanterelle combines well with meat (from lighter kinds to venison), with eggs, in stews, and especially in venison stews, marinades. They are quite adjustable when combined with various tastes, and can be mixed with everything. Feel free to experiment.

They make cream sauce from chanterelle in Polish cuisine which is a great match with chicken.

What is good to know is that all mushrooms absorb water, and so do these ones. This means that they make the dish you prepare seem watery, also affecting its flavor.

Therefore, I clean chanterelle while they’re dry if I have the conditions to do so. Using a cloth, I clean one at a time. If they’re very dirty from the ground, then there’s no other way but to put them under a strong current for a moment, and then dry them with a napkin. Again, one at a time.

When I prepare them, I throw them on an empty pan (at a medium temperature) because they are going to lose all the water they contain, and all those wonderful aromas along with it, while stewing. Some put butter as well, you can choose…

How to make home canning with chanterelle?

You can use a sour solution, putting them in jars and on the board, optionally, as dry, or dried chanterelle.

You’ll need boiling water for sour solution, in which you should put chanterelle, seasoned as much as you like, and cook them for 10 minutes. After that, put it all in a sterile jar, chop some garlic and dill, add some liquid they were cooking in and keep it 6 to 12 months.

For dried chanterelles, dry them at the temperature of 65°C or lower. Before usage, they are soaked into water for a couple of minutes and are used by the recipe.

Fresh, they can stay in the fridge up to 8 days depending on the state they were in when you got them.

When you have this great, juicy meat and such luxurious mushrooms for lunch… and you eat sooo much…. Then you have to somehow digest it and get out of yourselves everything that shouldn’t be there…

That is why dried plums are there 🙂

Eficient cure against constipation. Apart from that, they’re great against osteoporosis and extra weight.

Yes, my dear cooks… you read it well… fighting the extra weight… how awesome does that sound… you eat and the kilograms disappear… I mean get out 🙂

What gives the special flavor to the entire course? 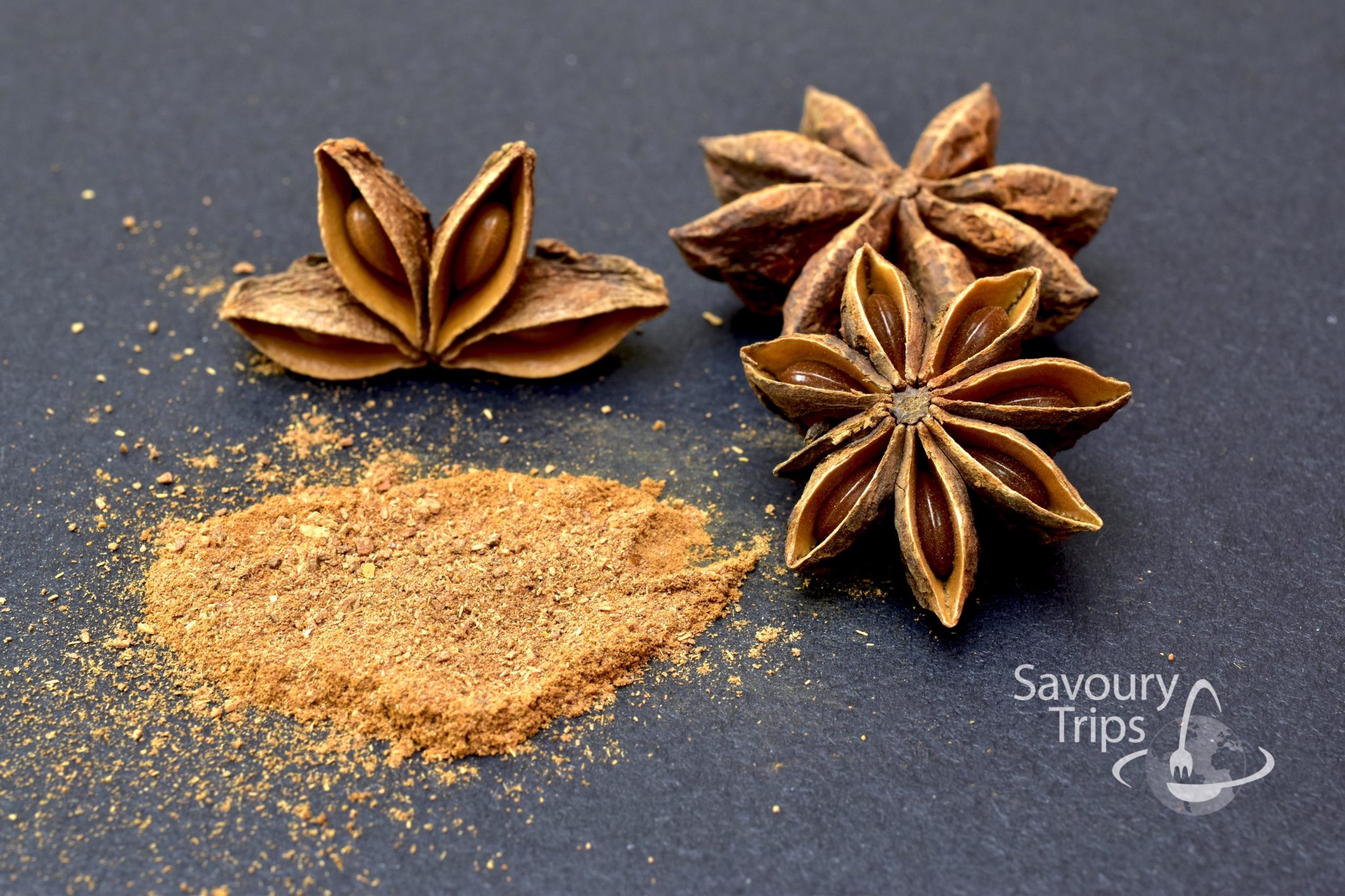 I had to add something extraordinary. I can’t help it. This time, I also added something different… in this case, it comes from Asia… anise… but they won’t know that 🙂 because it doesn’t show up until the end.

Star-shaped one, to be clear.

Anise has somewhat similar role as dried plums… it has a role in improving digestive tract, to be polite.

It affects the vitality and energy in human organism.

And now, in case you didn’t know my dear pregnant women… anise eases giving birth, menstrual cramps… I mean, you can use anise, but epidural rules 🙂 Star-shaped anise is a secret ingredient for our men… it was used to increase libido 🙂 and soften the symptoms of ‘male’ menopause.

When you look at everything, it was an ideal dish for today 🙂

I like to make it hot in the end…