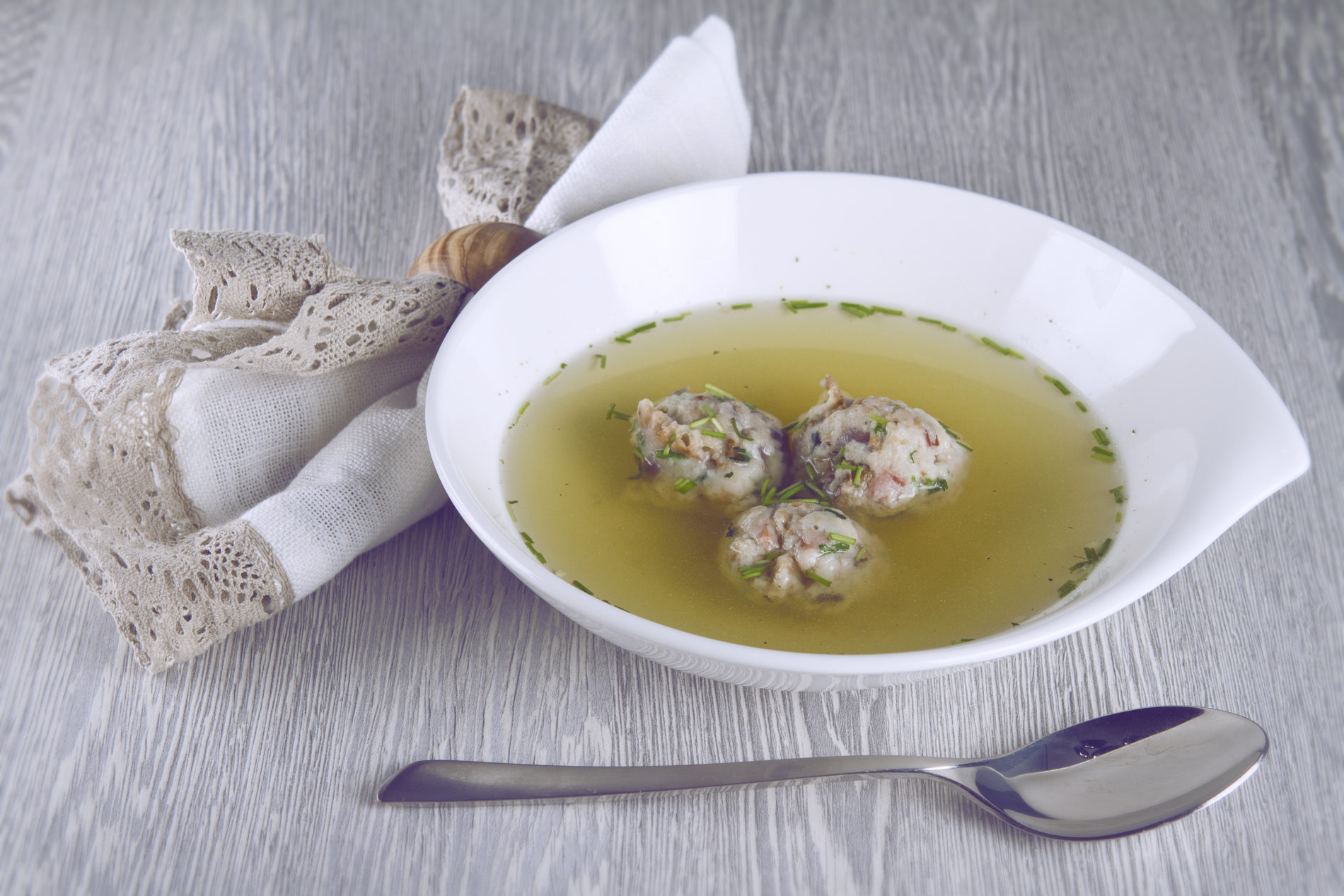 It can be a great starter, or an addition to soup. In both cases, Tyrol speck is an irreplaceable ingredient.

Speck can be found here in most market chains or Italian stores, (for example, Sallumeria Menatti). In case you don’t manage to find it, any bacon, or some good quality prosciutto is more than great.

The preparation is similar to the one for the regular dumplings.

If they’re prepared as a starter, there is some spinach added apart from speck, making them look even more rustic.

Dressing is also an inevitable element in the starter.

Italians didn’t try to make it complicated this time, so they simply melted some butter as a traditional dressing for dumplings with speck and spinach. You can certainly add something stronger than that, for example salsa made of tomatoes or a tomato sauce.

My choice this time was a dumpling soup and we all really enjoyed in them.

I think that that besides the ‘HOW’ video and the very recipe, you won’t need any additional explanation because it’s all very simple.

As an alternative, you can add some smoked salmon to these dumplings (which is not thermally processed, but simply added in the end).