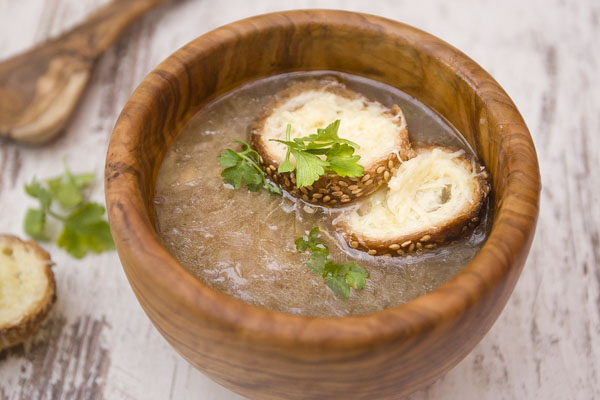 How to make French onion soup? 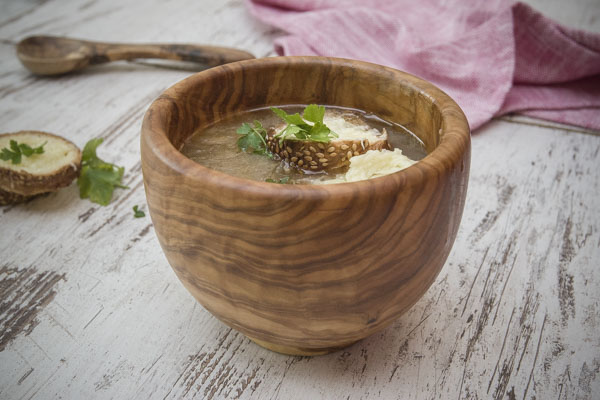 According to a legend, French king Luis 15th made the first French onion soup. It was made of ingredients which could always be found in his cellar: champagne, onion and butter. It is not clear whether this story is a myth or a fact, but it is certainly amusing.

Another theory dates back to ancient Romans and Greeks, who used to make this soup back at the time. Recently, the French came and improved the original recipe, making the soup their own. According to this theory, there is nothing French about this soup. 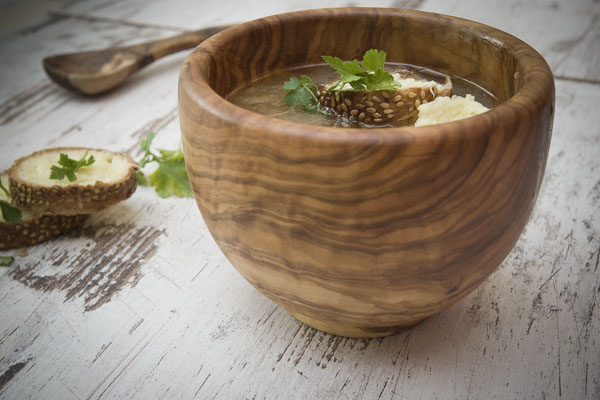 A modern version of French onion soup developed from the original recipe. According to that recipe, you should cut onion lengthwise, stew and then cook it in water. It was usually served with caper and bread. As it usually happens, the best ideas are made in the lack of resources and while looking for a way to survive. This was to the idea and food of the poor, and today it is in the menu of the most prestigious restaurants.

Flour, salt, pepper and Gruyere weren’t added to the dish until the 19th century.

Today, onion soup is made of caramelized onion, served with grilled bread and grilled Gruyere cheese. 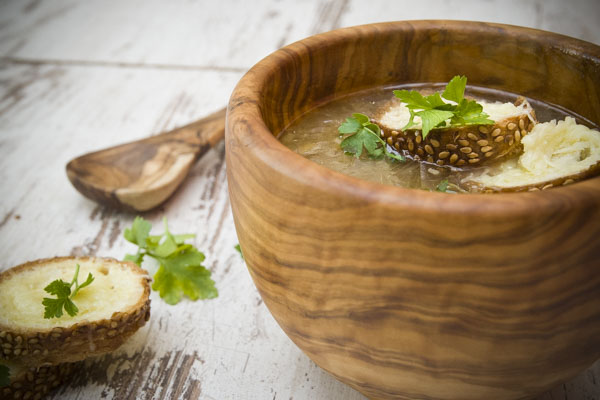 It is a simple, tasty and rustic dish. It is great in the cold days and as a protection from the flu and a cold.

Gruyere cheese can now be easily found in Serbia. My version of French onion soup is with sesame rolls onto which I grated Gruyere and baked them in the oven. I decorated them with coriander.

You don’t need to put cheese bread into the soup. Instead, you can place it at the bottom of the plate and then pour onion soup over it. That is how it can get soft faster and absorb the soup flavors.

In case you can’t find any Gruyere, than grate some parmesan, but you should know that then it’s not the original French onion soup… 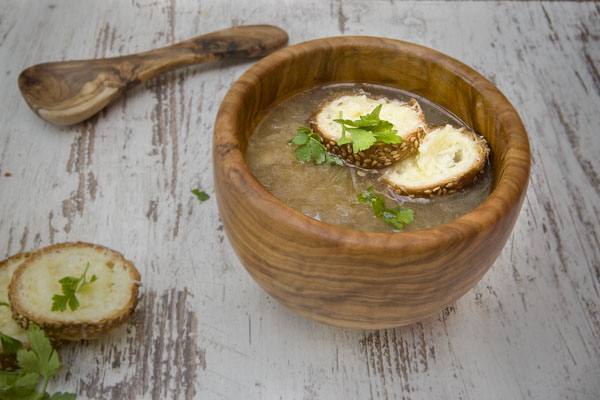