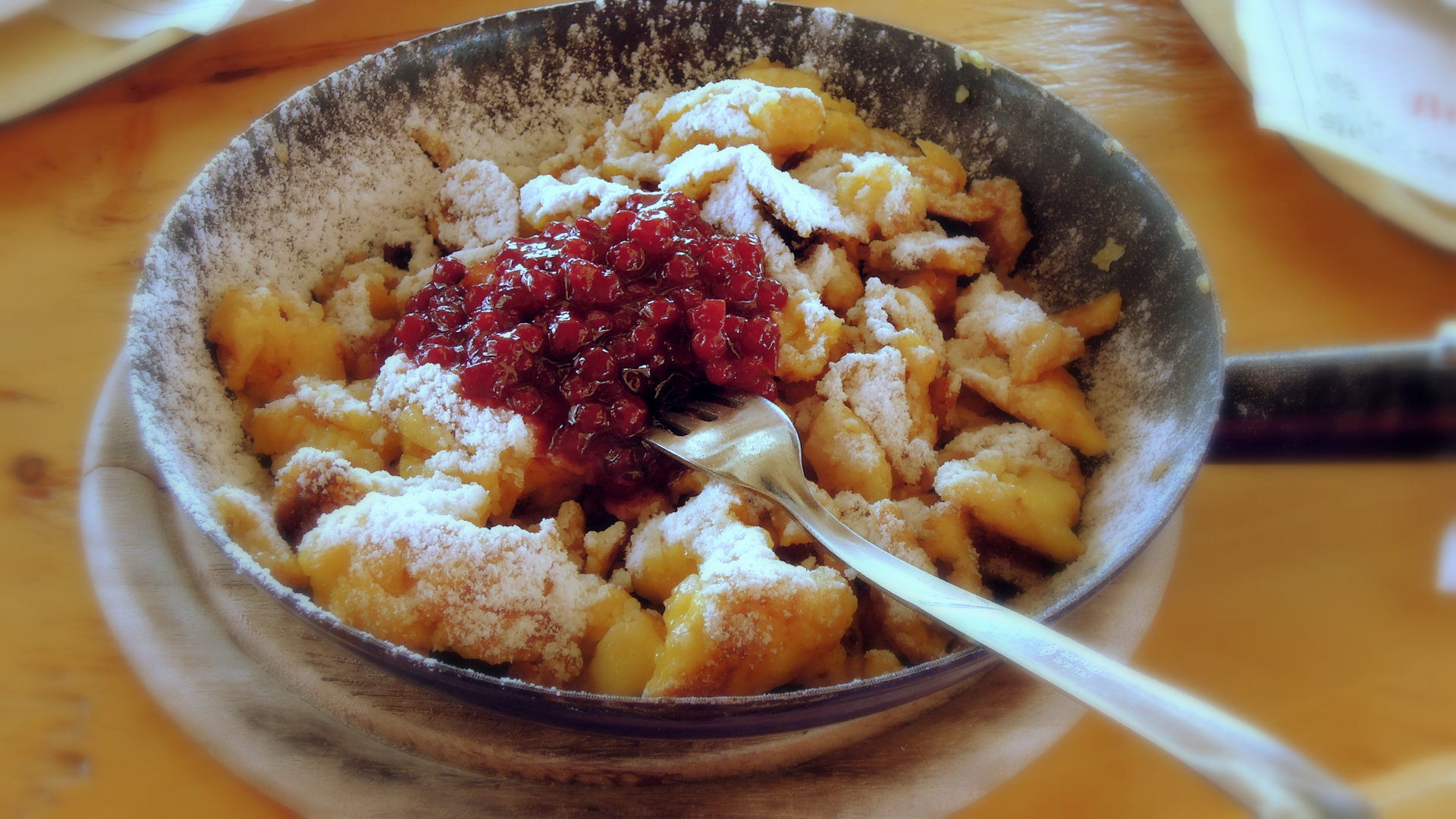 Hold on, hold on a minute, I can’t do it now… I’m tasting

Mmmm… yum, yum… pancakes that melt in your mouth… the kings knew what was right J

This is favorite desert in Val Gardena. There is no cabin in which they didn’t prepare this simple yet delicious treat. There were lines queuing for pancakes, the Kaisershmarrn version, but it was worth every penny!

A shredded pancake named by the Austrian emperor (Kaiser) Franz Joseph I, who really liked this waffle shredded pastry.

I heard of the legend about this pancake which is also called Emperor’s crumbs after it. The Austrian emperor walked through the woods and came by a ranger’s cabin. The hostess wanted to welcome the emperor and prepare pancakes, but it didn’t work. Instead of pancakes, there were crumbs which she served with some forest fruit. As it happens with a happy ending story, the emperor was delighted by it and asked for his chefs to prepare the dish from then on.

There are some more ideas how you can additionally experiment with the flavors. For example, instead of using rum, apples, cinnamon, powder sugar and raisins, you can add some banana and chocolate broken into smaller pieces at the end (half melt it at the cooking temperature), and serve it with one or two ice cream balls.

Also, instead of cranberry jam, you can use any other jam, or berry sauce, as well as making your own.

There is a video in the ‘HOW’ section.