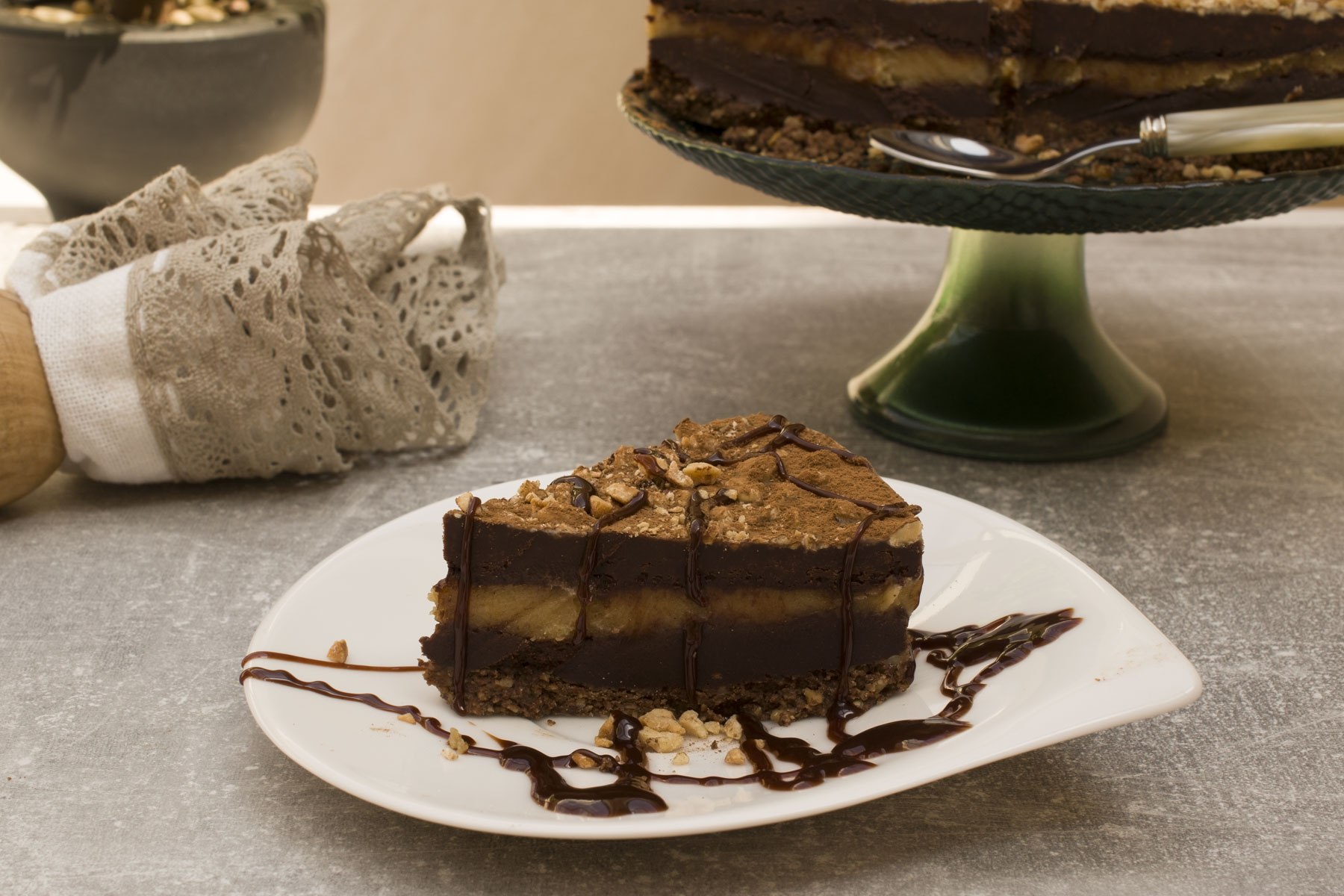 In the pouring rain

And I’m sitting at home, sitting, stirring, and smiling.

You know those moments when rain makes you get lost in deep thoughts, not necessarily something very brainy, but when your glance freezes in the distance.

Well, I’ve been experiencing that today. So, I wanted to make this day somewhat more special than all the previous ones, ‘while it’s pouring rain in the tam-tam rhythm through the night’

Rain as inspiration for romance

A lot have been inspired by rain, and I thought I should sign along with them. 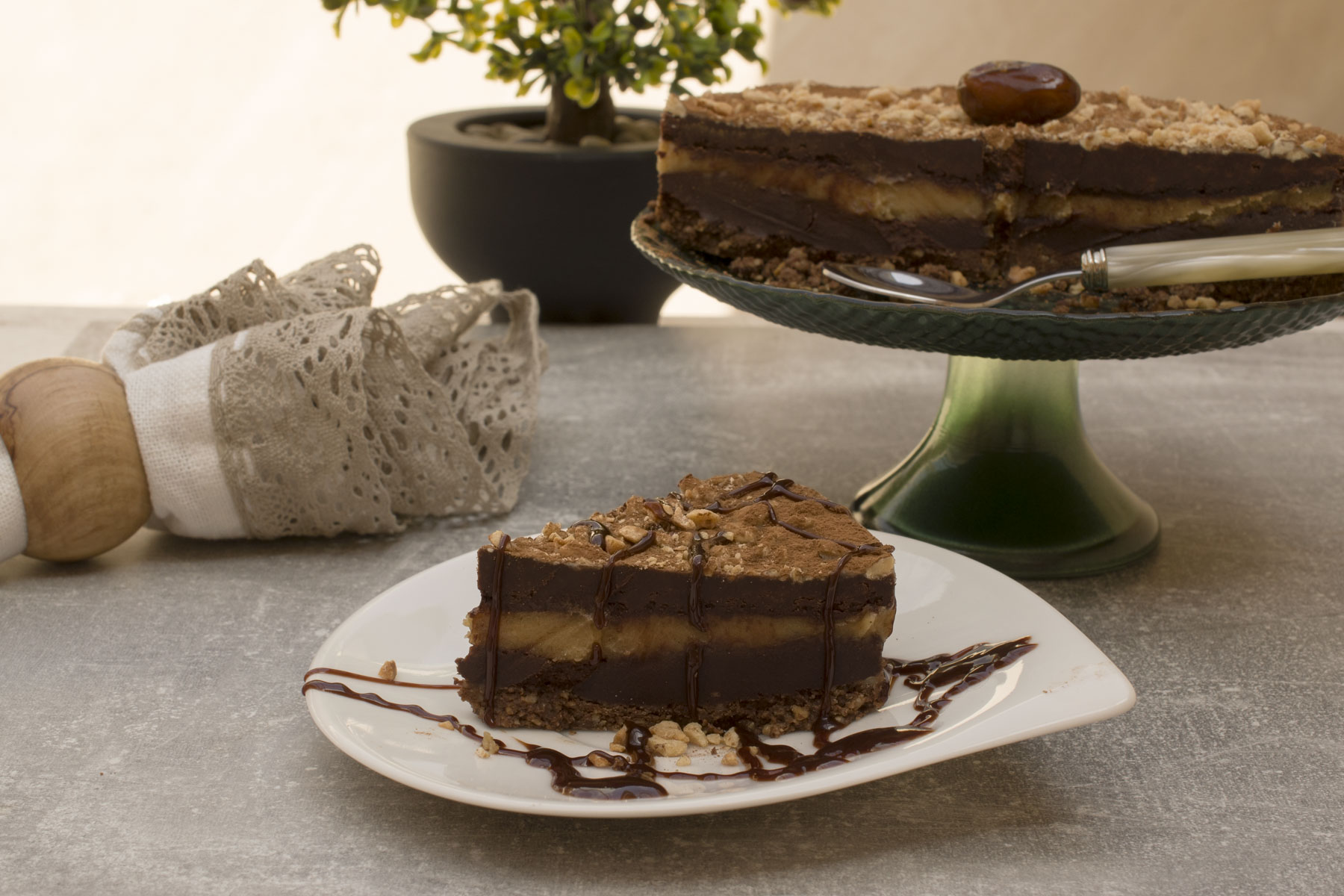 Before we start making this cute little twisted chocolate and peanut cake, I want to share with you the reason for my smile.

You know when, at the beginning of our marriage, while we’re still full of enthusiasm for life and love (I’m not saying that doesn’t exist now), we name each other cute catchy nicknames. Well, now, depending on the couple’s creativity, those nicknames range from the simplest ones, to the already tacky ones, such as honey, sugar, baby… to, well, let’s say somebody ends up being a frog.

Yes, well, I was the frog. I don’t even know what are the similarities or associations that brought it in connection with myself, but yet, after 16 years of marriage, I’m still the ‘frog’ from the beginning and I answer to the name. Should I ask how that nickname occurred, better not…. Sometimes, it’s better to live in ignorance.

What was your nickname?

And, due to my frequently frozen gaze today, frozen in the distance, I thought of how my husband would imagine me now in that rain.

One interesting image occurred and I recognized myself in it. 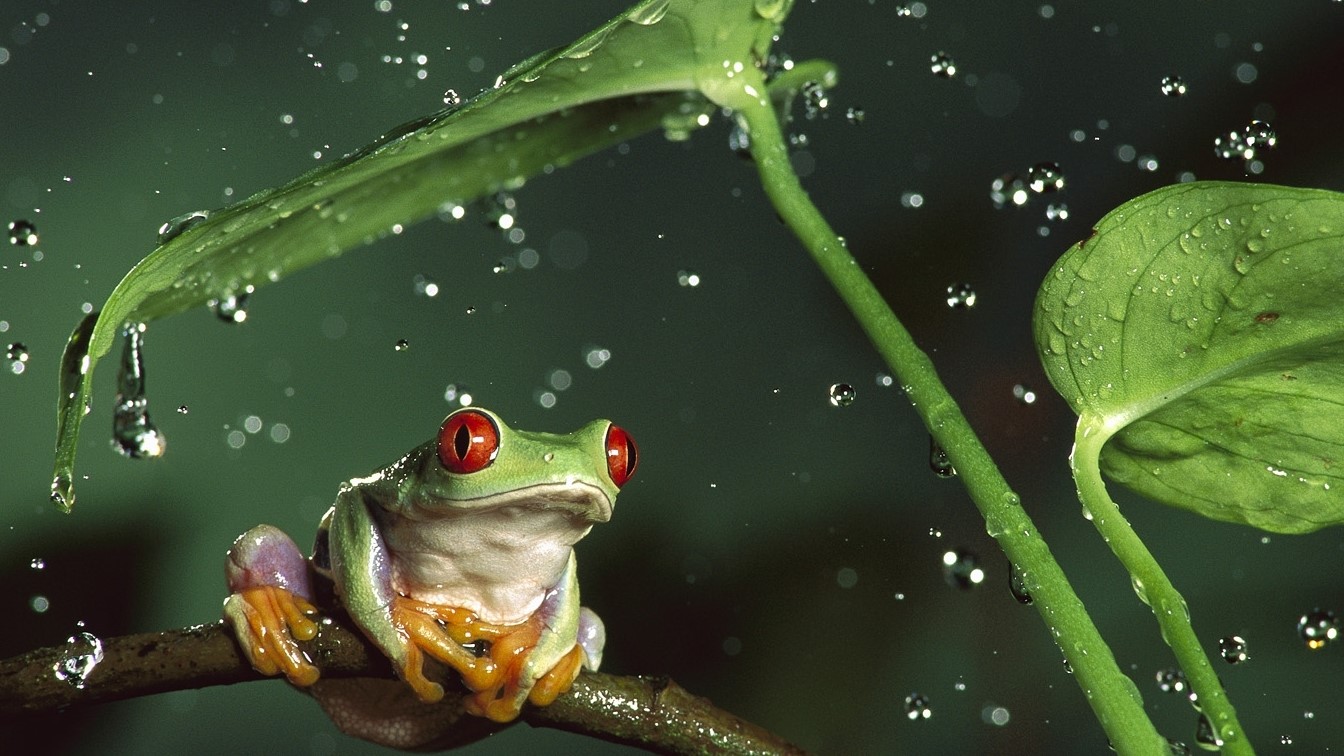 These red eyes are probably a consequence of last night’s lack of sleep, so, when I had to get up, they popped out.

Well, that is how he sees me, us… whatever. To be honest, I imagined it a little differently, for example 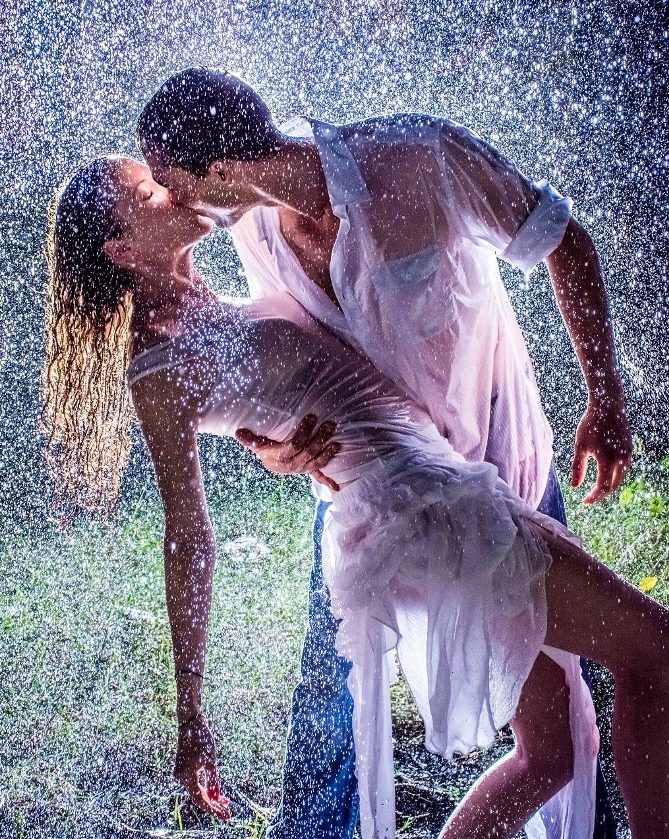 But, yeah, those are, I guess, those differences… between us and them… in perceiving things

And what were you hoping for?

We kind of always remained romantic in spirit, and that becomes especially apparent with rain.

To make romantics complete and accepted by the other side, we use proverbs, such as ‘love comes through the stomach’.

What has a chocolate cake to do with romantics?

As Aztecs said, ‘an aphrodisiac’, and I was taught to listen to the older ones

If added that they also didn’t add sugar to chocolate, there’s the justification for such vast amounts of dark chocolate. And now, to make what studies said more than just a murmur.

Chocolate contains phenethylamine and serotonin, both substances in charge of cheering us up. The blood pressure increases and the heart beats faster.

What does that remind you of? Of love and butterflies in your stomachs, of course.

So, today, I put in a lot of dark chocolate.

Where did the peanut butter come from?

In order not to make that ‘enough’ of chocolate to ‘excess usage’ of it, and so that our hearts wouldn’t end up bursting due to all the romantics, I add peanut butter.

All in all, you should find it a place in the menu, at least in the cookies, so that you feel less stressed about eating them.

At least I find an excuse like that, for a forbidden candy

How much coconut oil?

Well, that only to make you sexier (not saying you aren’t already, just that it cannot be too much) and it also affects:

In case you don’t like being that sexy, put less coconut oil, use melted butter and coconut flower instead. 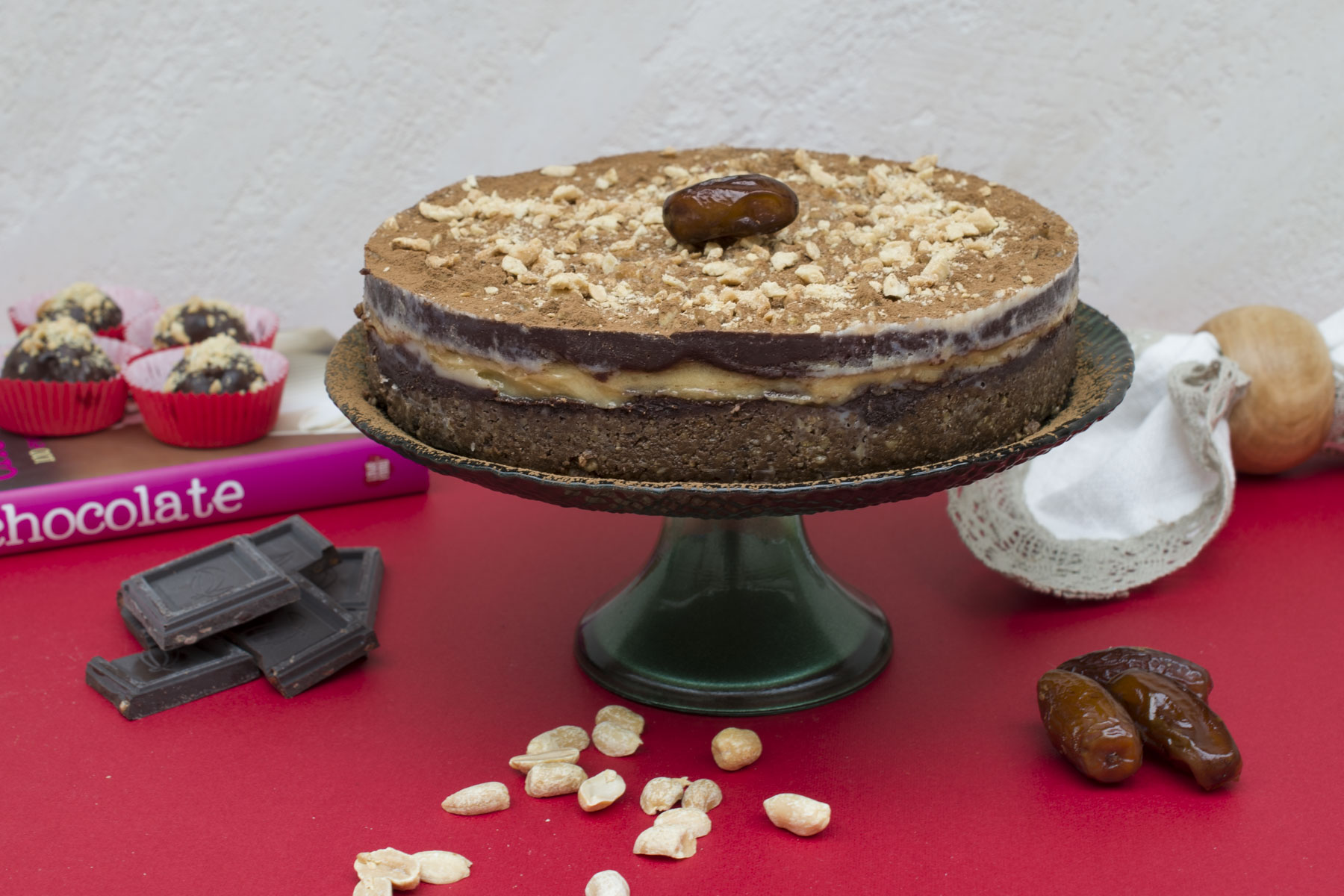 Crust isn’t baked and I’ve never prepared it in less time. If you want a cheaper variation, there’s always the combination of biscuits and butter, put it in blender, and spread with your fingers, just like this one.

Simple to prepare, and the only trick is that they need some time to thicken on the cake.

This is what the cake looks like when it’s been out of the fridge for a while: 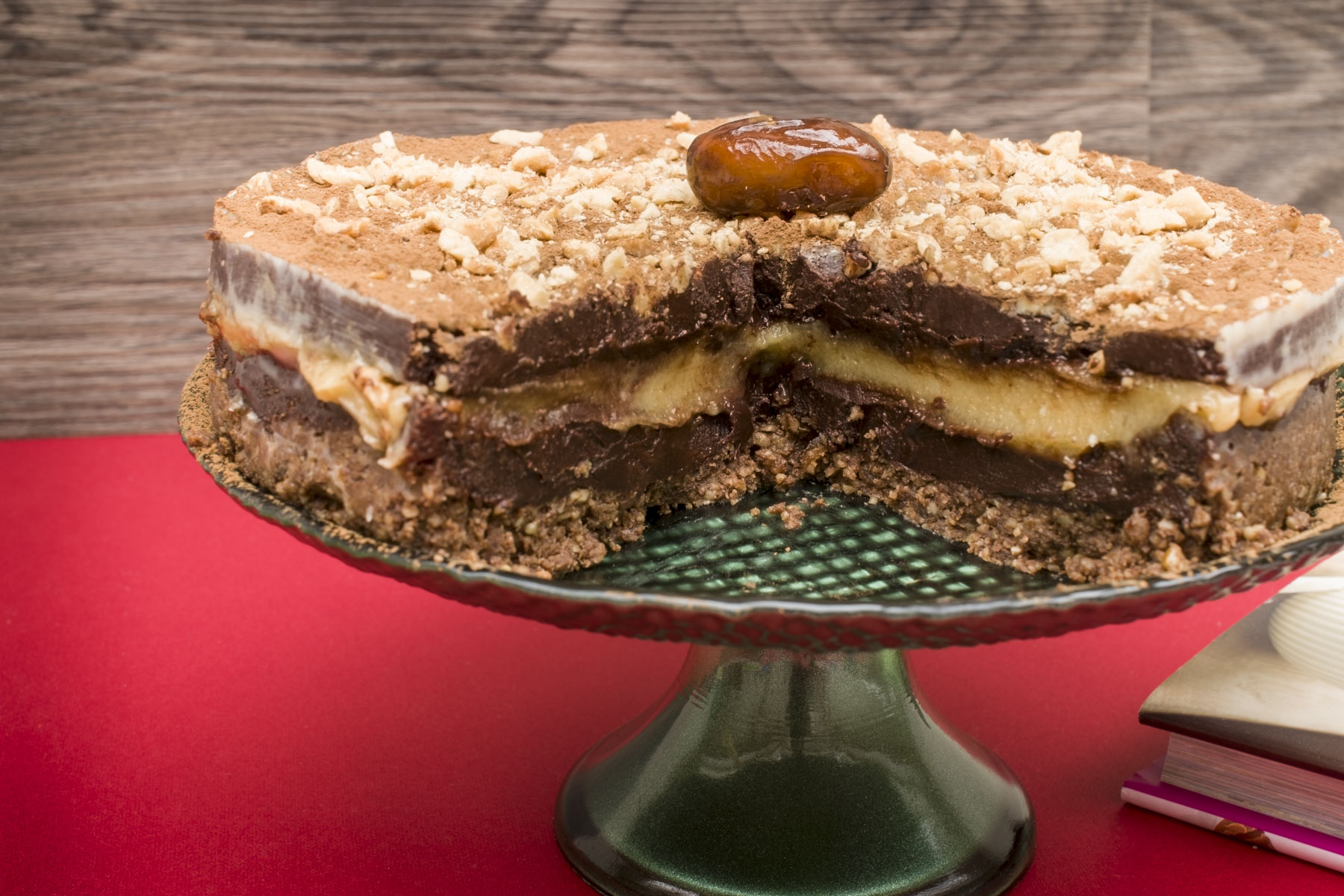 Bottom of the tinplate and its edges need to be covered with baking paper so that the cake would come off it easier when pulled out of the mold. 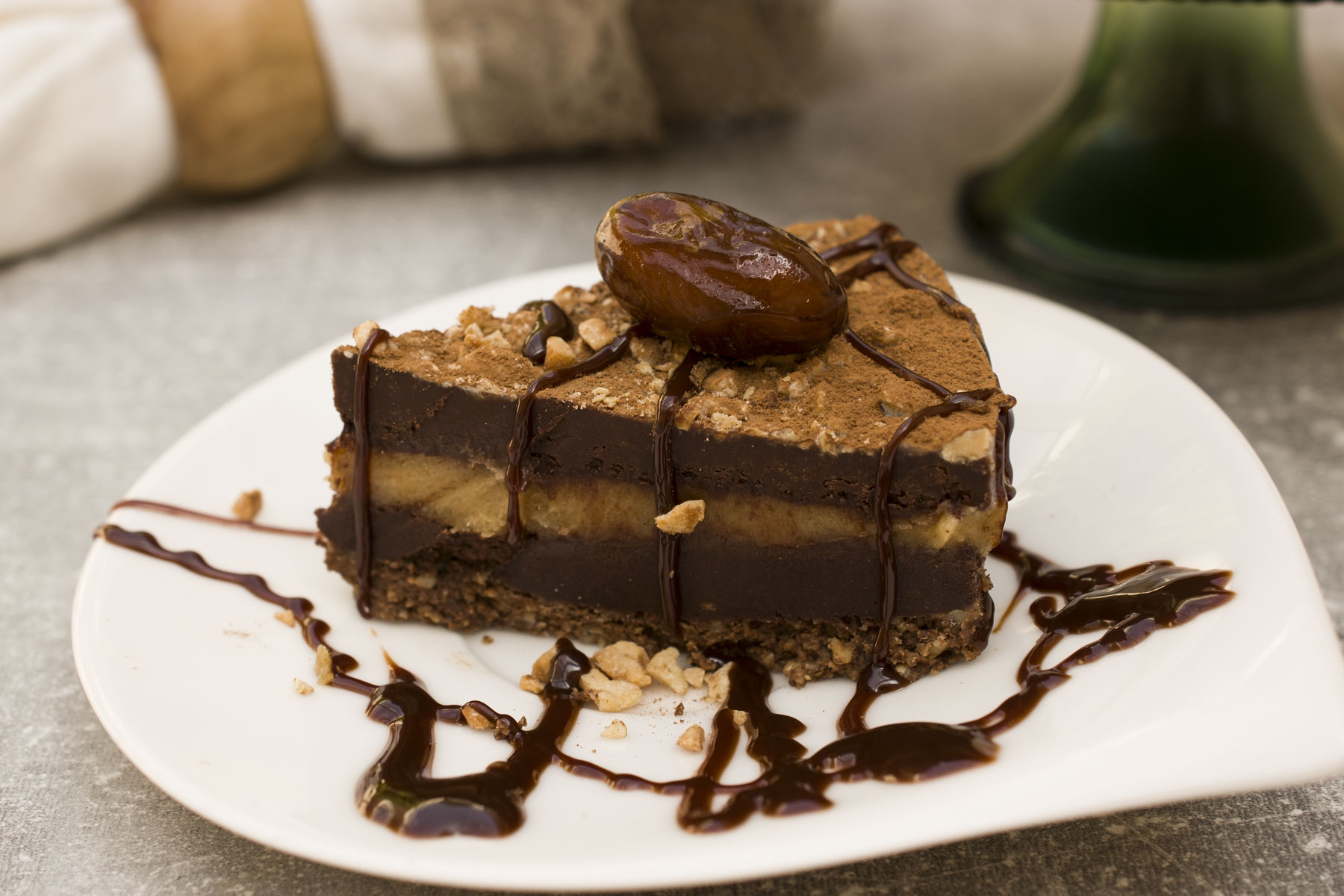 Decorate it in the end as you like, using the ingredients you used in the recipe. 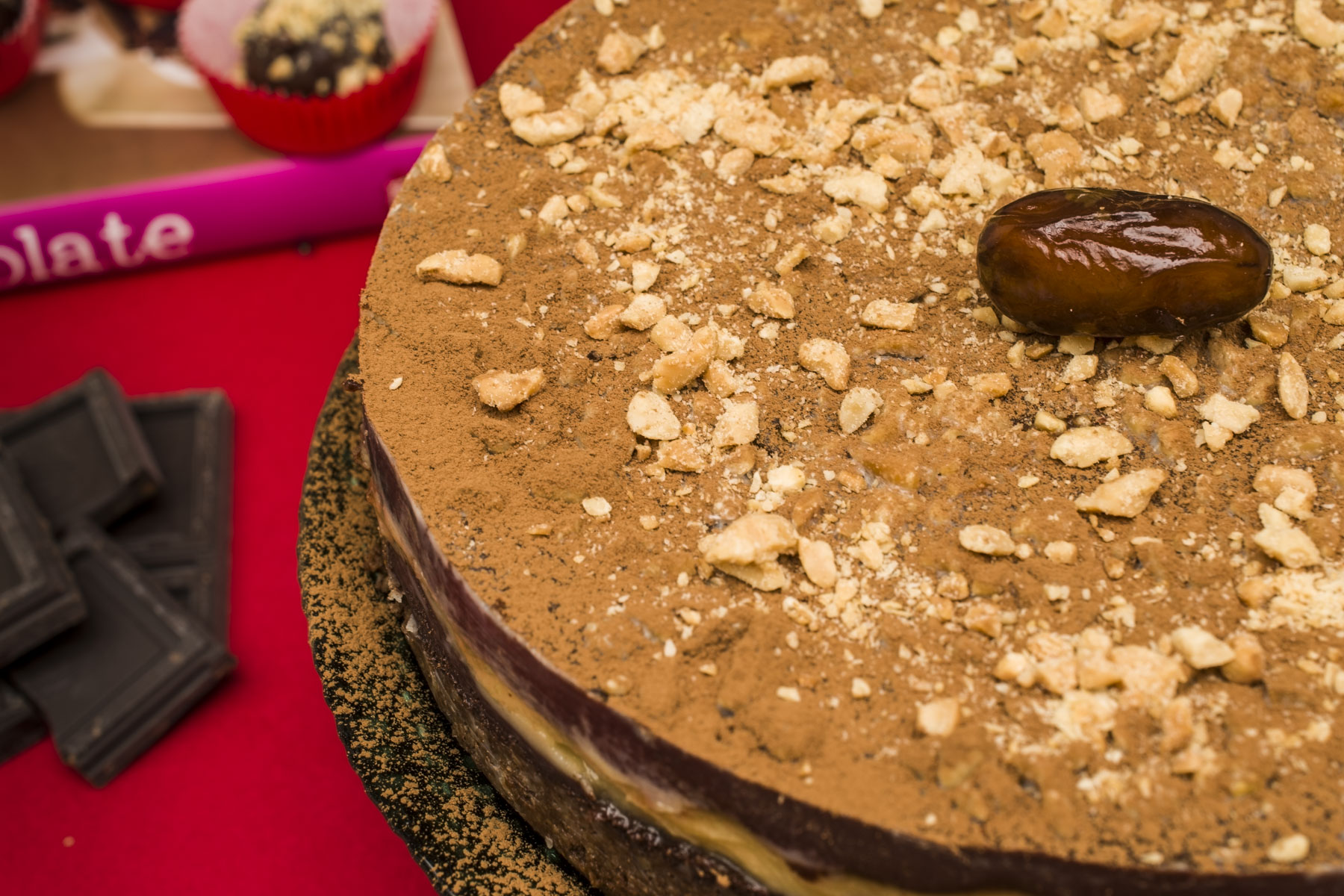 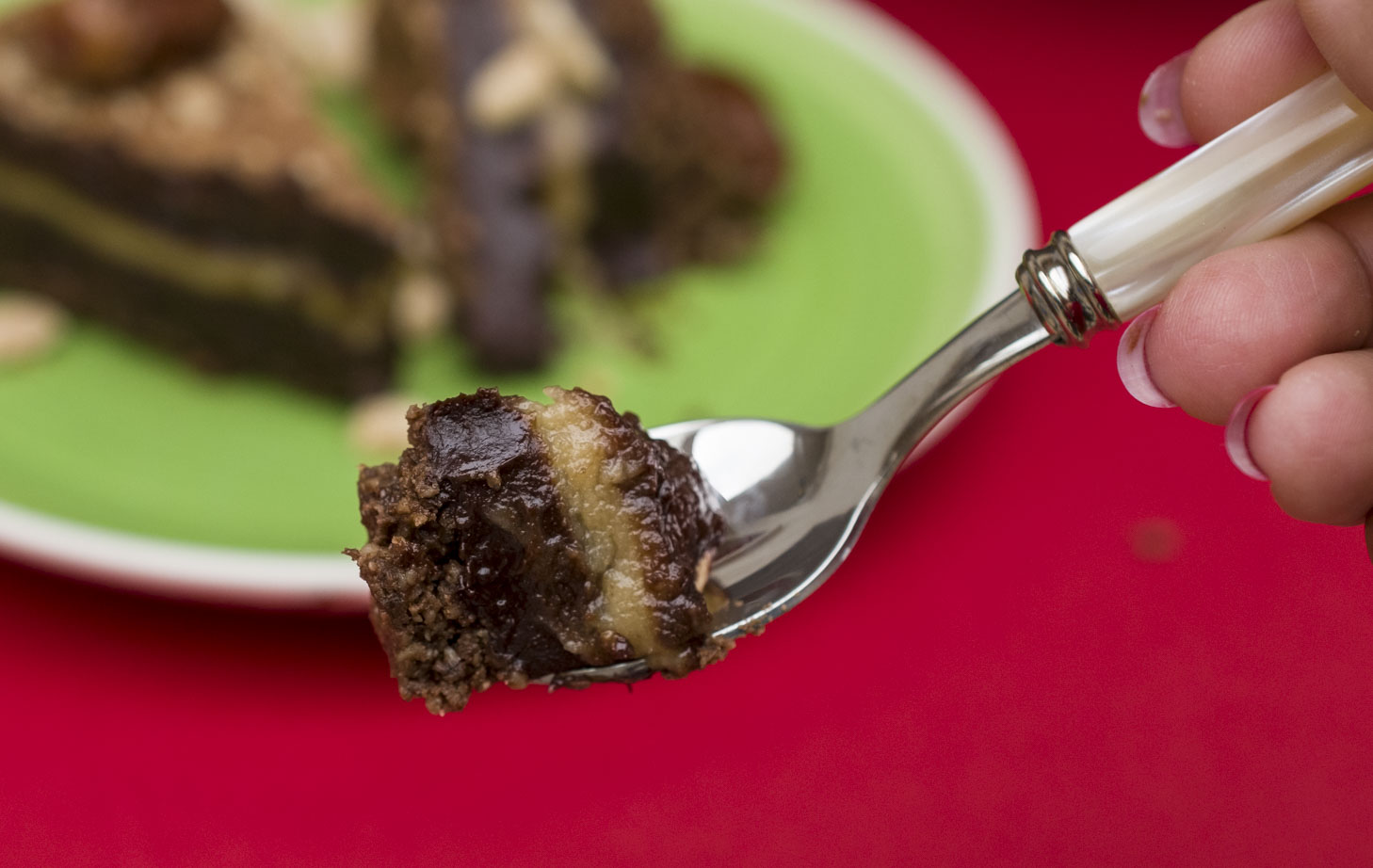 And have you had something sweet today?

Send a recipe so that we can try it out too.