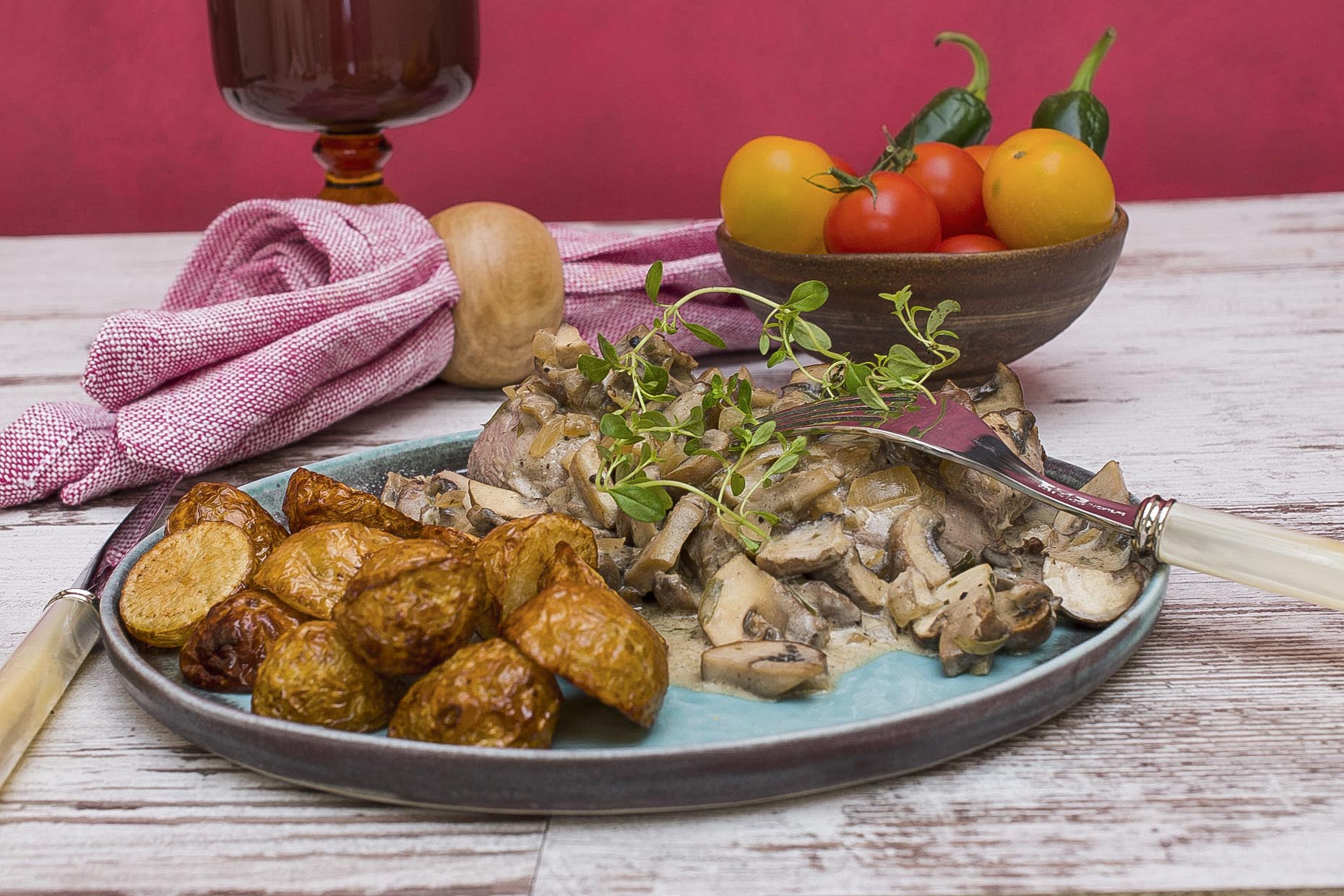 How to prepare the best creamy tarragon pork?

Creamy, buttery and French. Something old yet prepared in a new way. This is one of those dishes for which you don’t need much, and you usually already have it in the fridge. To be honest with you, it’s really boring for me to eat the same things every day and that’s why I like to experiment. I add, and I detract until I get the right measure. Sometimes I ruin everything, but what can you do, it’s worth trying.

Tarragon is not used in Serbian cuisine as much, but it is one of the 4 most important spices in French cuisine. If you haven’t known already, tarragon is the main component of the most famous French sauce called Béarnaise.

The tarragon flavour is similar to the anise flavour. This time, we replaced chicken with a big pork tenderloin…because there were four of us, and we wanted to try how it went with pork.

What we need for this meal is a pork tenderloin (one that’s bigger or two smaller ones), an onion, a garlic, mushrooms, olive oil, dry white wine, sour cream for cooking and spices among which the most important one is tarragon.

Tarragon sounds a bit unusual, but you can buy it almost everywhere. Lunch in 4 steps and 20 minutes

See the video recipe in section HOW TO?

Chop up and half – roast the pork tenderloin.

Braise the onion and the garlic, then add mushrooms and spices.

After 2 minutes, add spices, pour the wine over and braise until the wine evaporates.

Add sour cream for cooking and cook for about 3 more minutes. Put the meat back into the sauce so that it can pick up the juices and flavours and braise for about 2-3 minutes.

Pork in sauce is done very quickly, and then maybe you can just add some side dish… kids like new potatoes so I added them this time.

You can go for a spring salad, too…