And now, a spectacle… yum yum…

What kinds of flavors are those?

Typical for Val Gardena is a unique combination of Ladin, Italian and Austrian flavors based on some home (farm) cuisine of their ancestors. The lack of ingredients and poor farming life inspired the housewives to create tasteful dishes.

Five dishes you must try, in south Tirol, i.e. Val Gardena and Dolomites:

As for the other dishes that may not be within the top 5, you shouldn’t skip the pork ribs, barley soup (Orzo), various cheeses and sausages, there are a dozen kinds of both, Milanese beef, risotto, as well as Kaiserschmarrn-royal pancake, inevitable influence of Austria.

And now, to sweeten it up

Sweets are inevitable part of every cuisine. Italians take the leading role in it, if you ask me. Traditional Dolomites sweets are mostly connected with apples, although there are other ingredients to experiment with. Apart from apple strudel, there are fried apple rings in breadcrumbs, vanilla donuts. Besides the traditional tiramisu, there are a lot of new flavors which we are going to taste.

What makes Italians closer to our cuisine and traditions is sour cabbage and torshi (pickled vegetables). People consume large amounts of it in a mountain cottage. They also consume a lot of fish, mostly Atlantic cod and trout, and there are salmon and octopus too (grilled or salad).

There is no great wisdom in a preparation of courses, which you’re going to see in the recipes. Flavors are equivalent to the Balkan ones, but yet there are some new things which can freshen our dishes up. 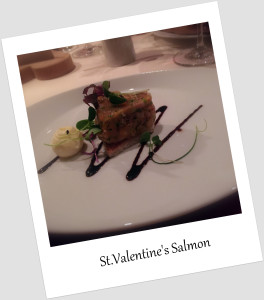 What is climbing in Italy like during winter?
The wonders of Fruska gora