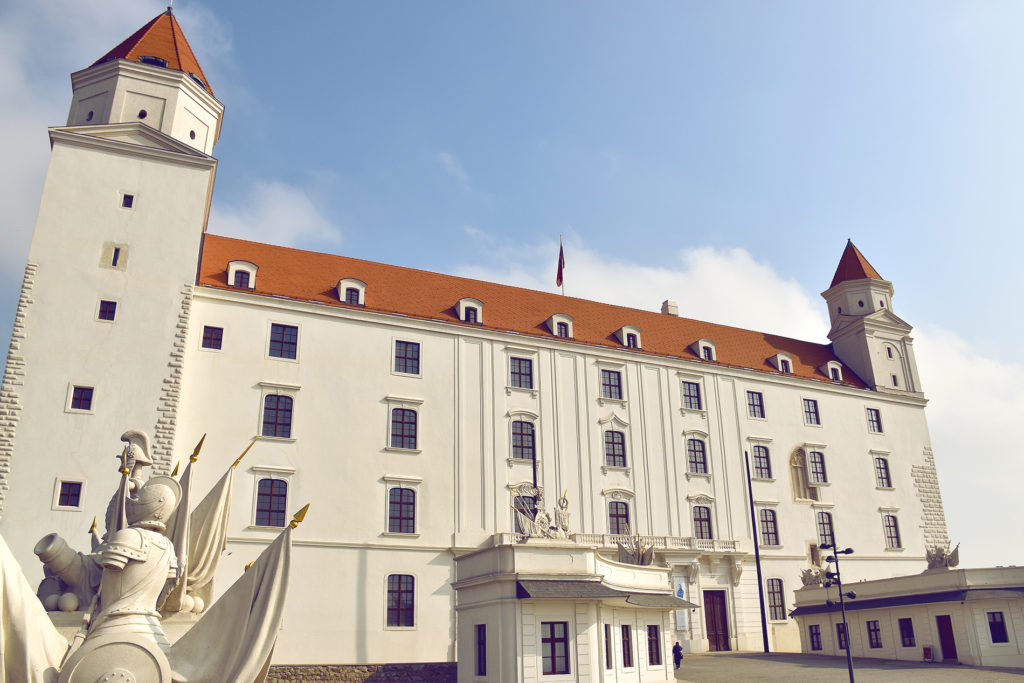 What did we learn on our trip to Bratislava?

Our handpicked group arrived to Bratislava, some for the first time, and some, at least, for the second. What I memorized at first is a good joke about Slovakian policemen (a joke on them, its purpose is not to insult anyone J) I have to tell it to you, I loved it:

‘Two policemen walk down the street, one can read, the other one can write. The third one goes along because he likes to be in the company of intellectuals, and the dog has to go with them to take them to the police station. 🙂 ‘

A trip to Bratislava

For a tour around Bratislava, this time, we had three hours altogether. I think that was just enough time to get to know the city. So, you can make Bratislava your stop along the way.

One of the cheapest options for buying bus tickets to Bratislava is through the site POLAZAK.COM

The hotel I recommend, unlike the one in Prague, is Lindner hotel. The breakfast in hotel is very important to me because you need a good meal before you venture into the tourist tour around the city. Who knows what can happen in the meantime J.

In this hotel, the breakfast was praiseworthy. The choice was endless, and traditional too.

Apart from the classics, fruit, vegetables, and different types of cereals: 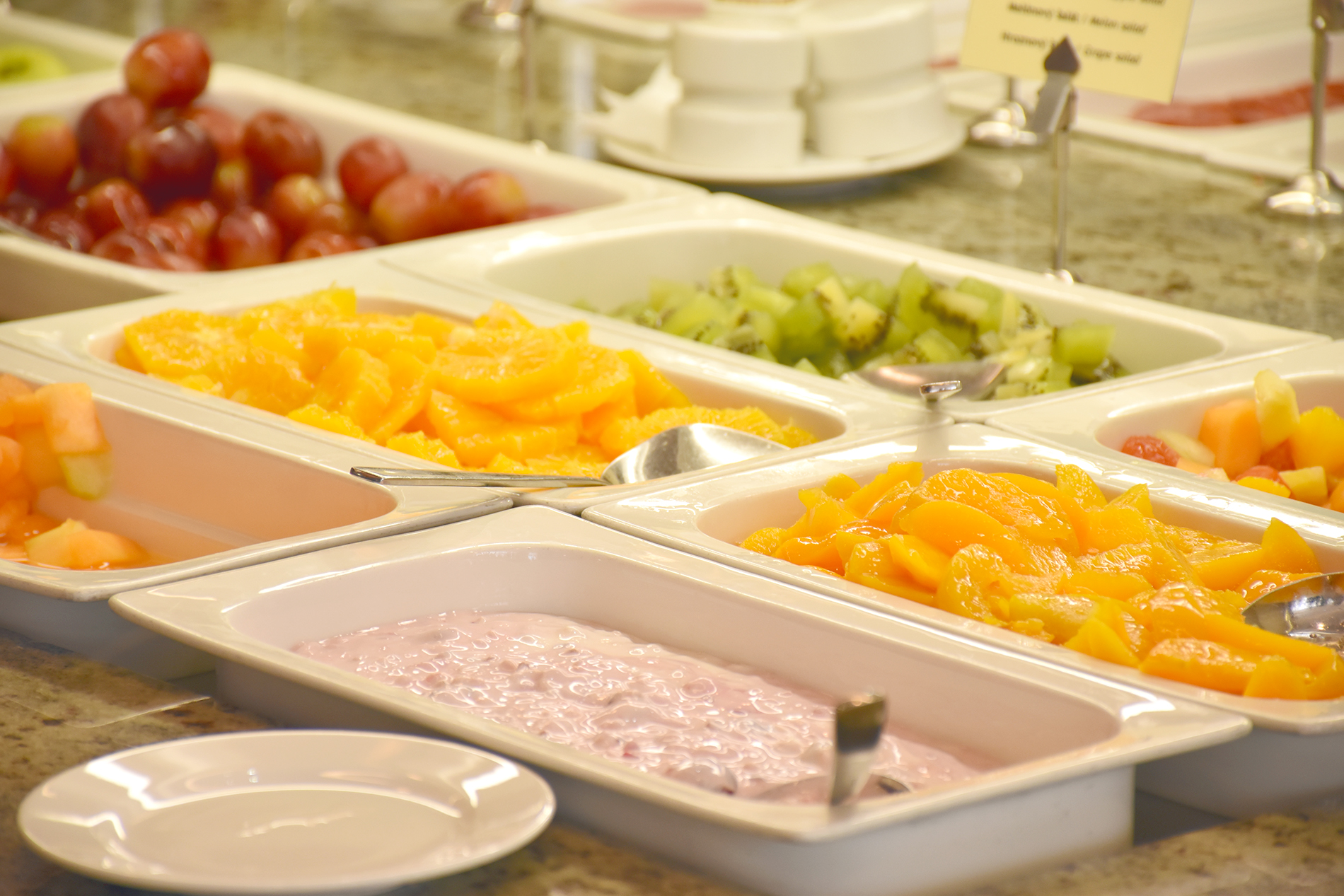 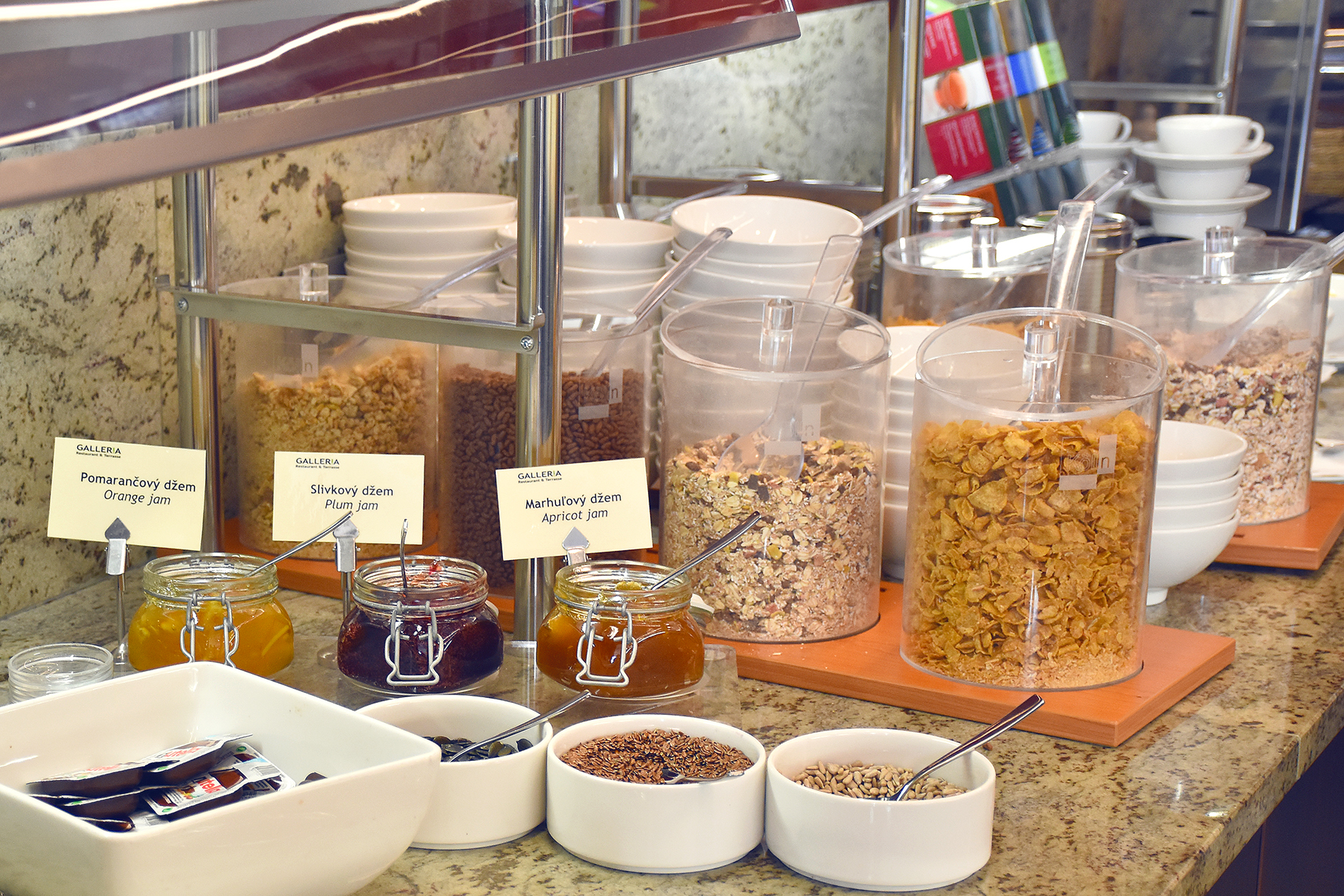 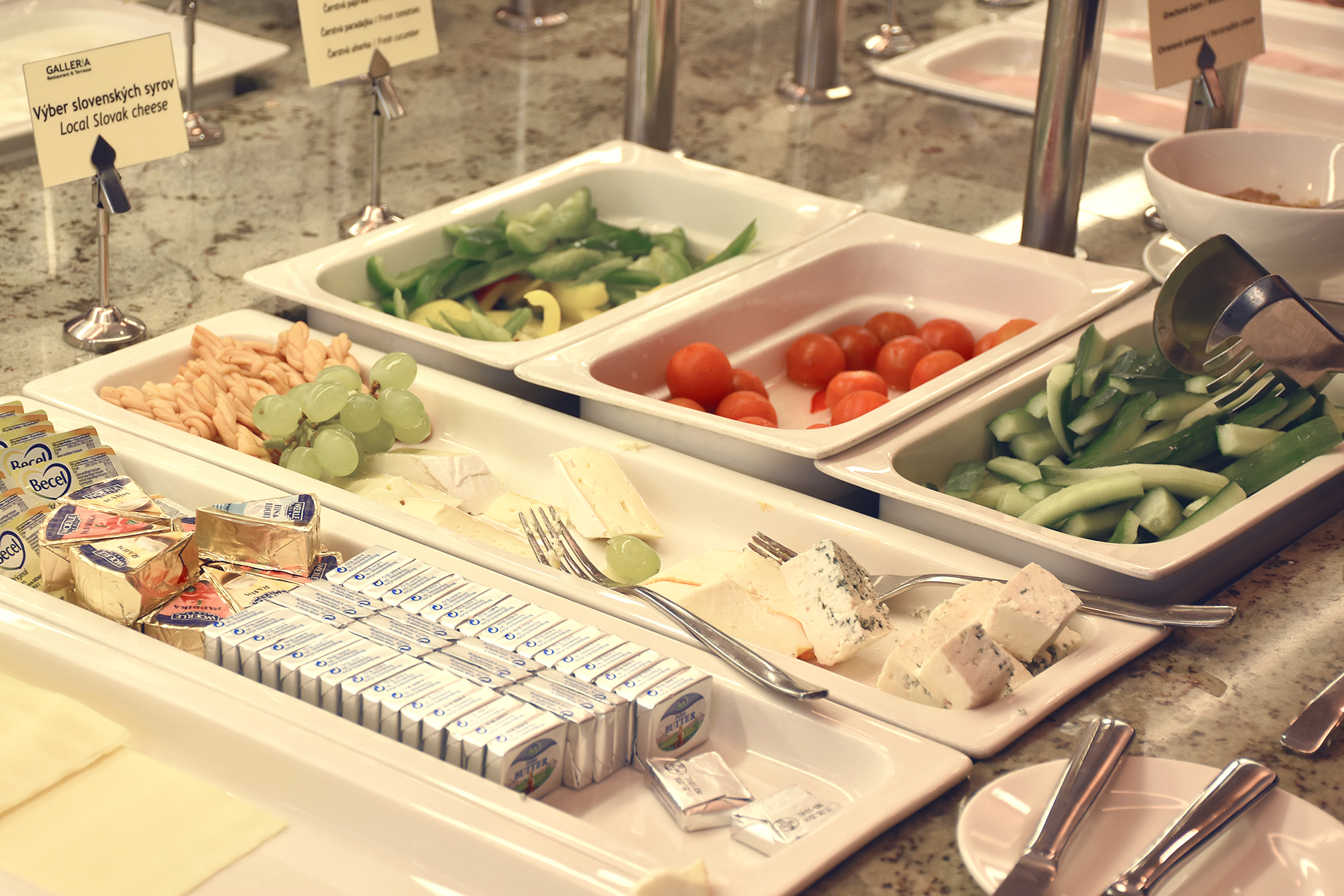 You could also try poppy seed roll in a very unusual way: 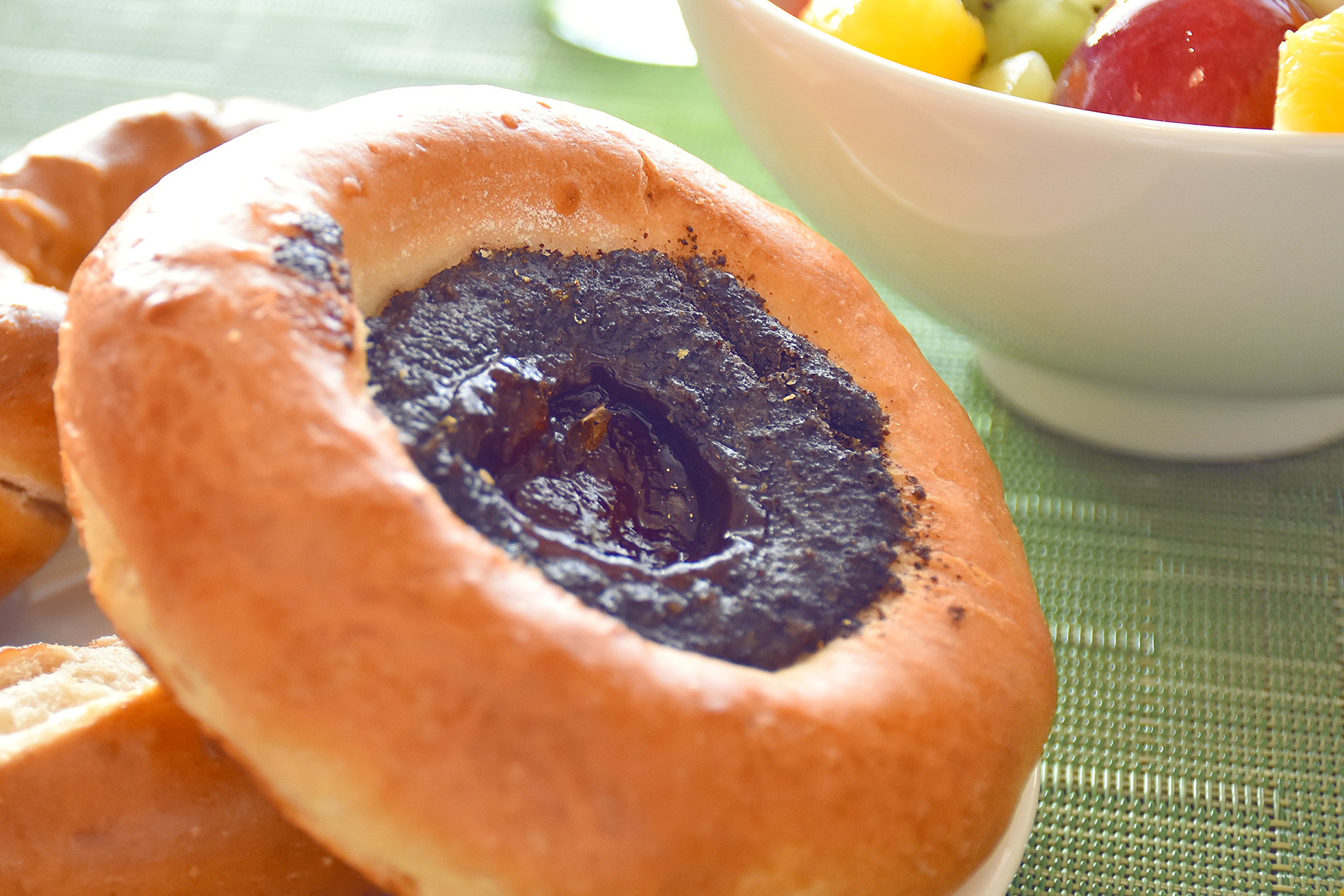 What is most important is that I ate two of them J. I think that is enough to say.

And also, paying attention to the healthy ingredients, there were carbs, vitamins and proteins as well: 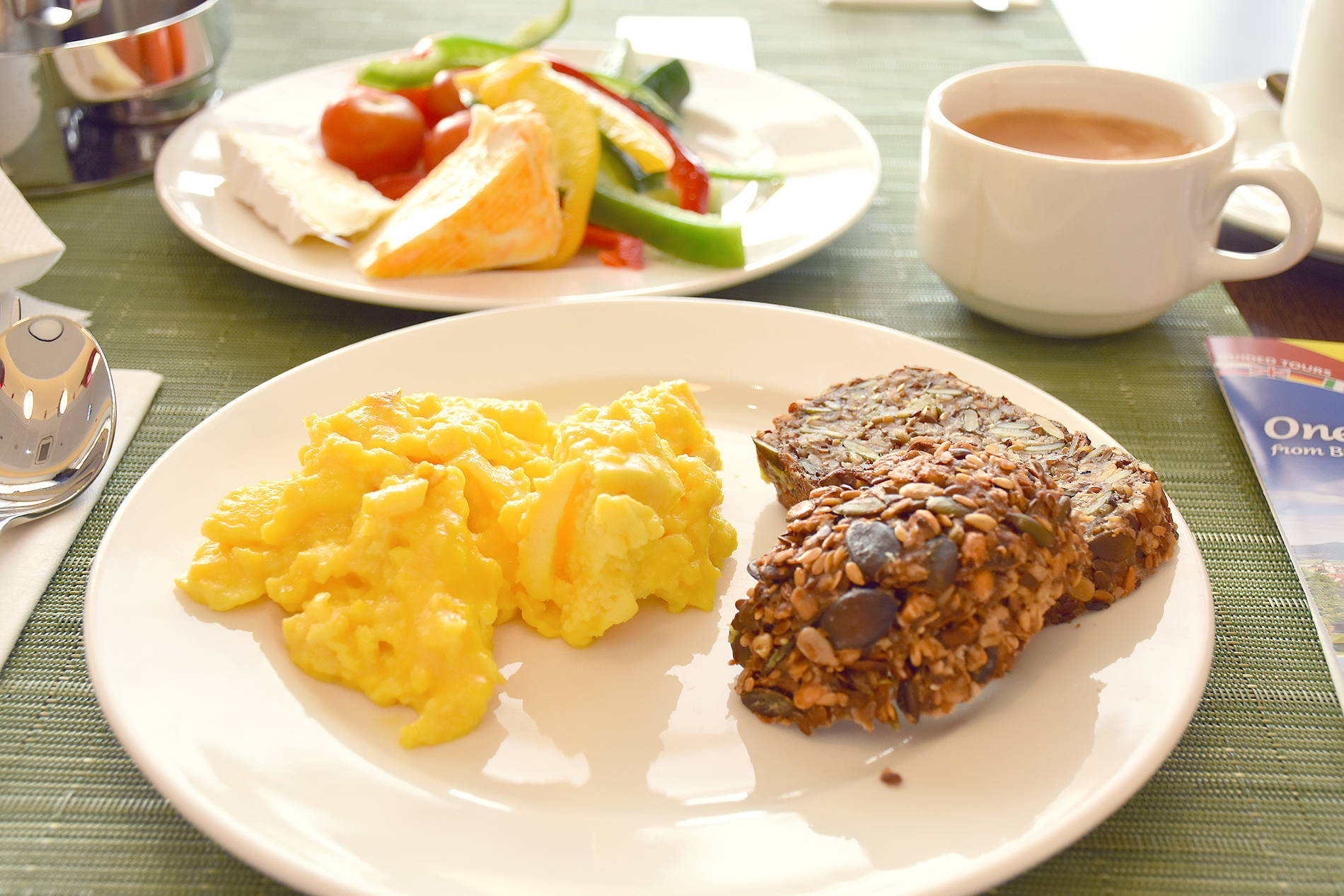 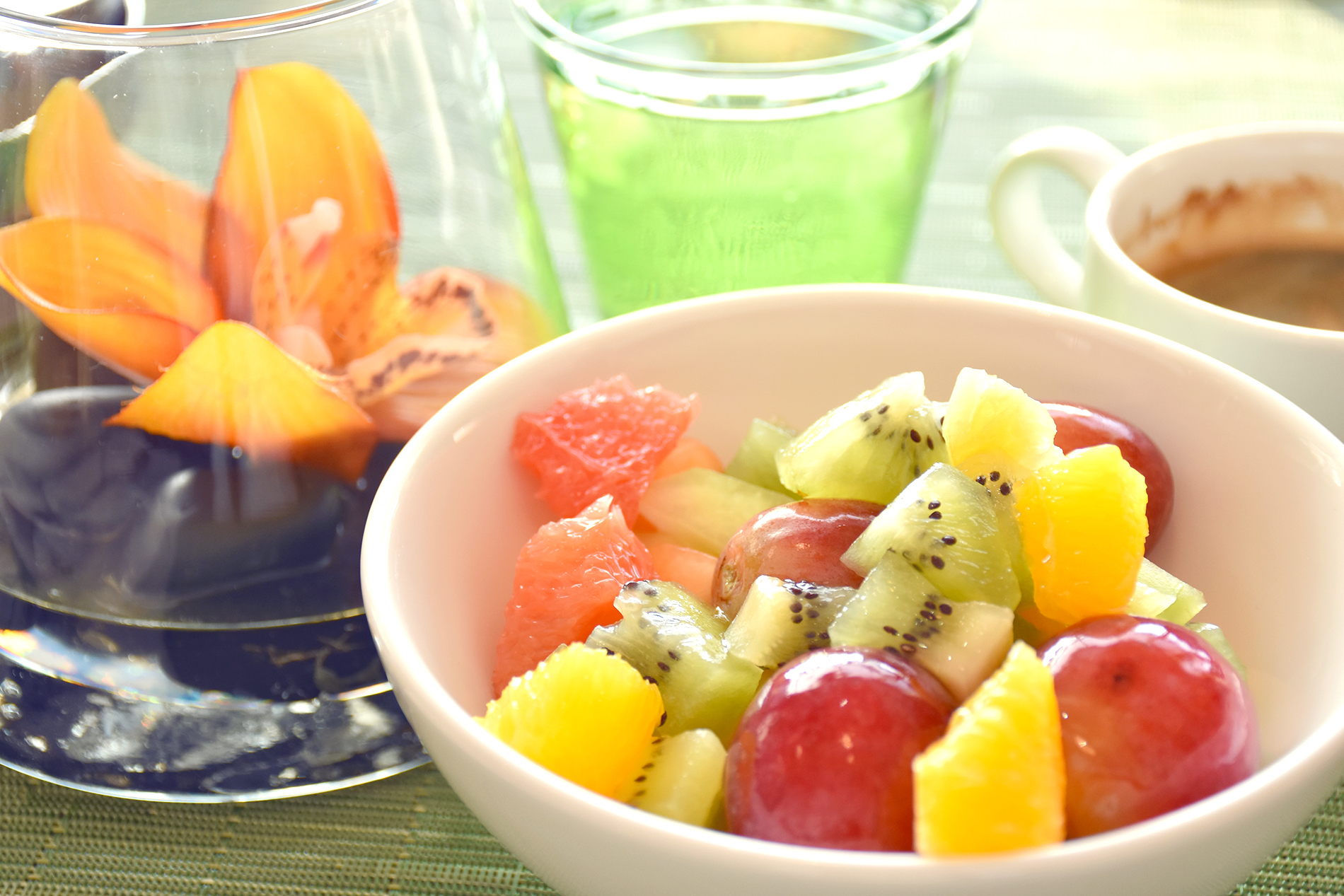 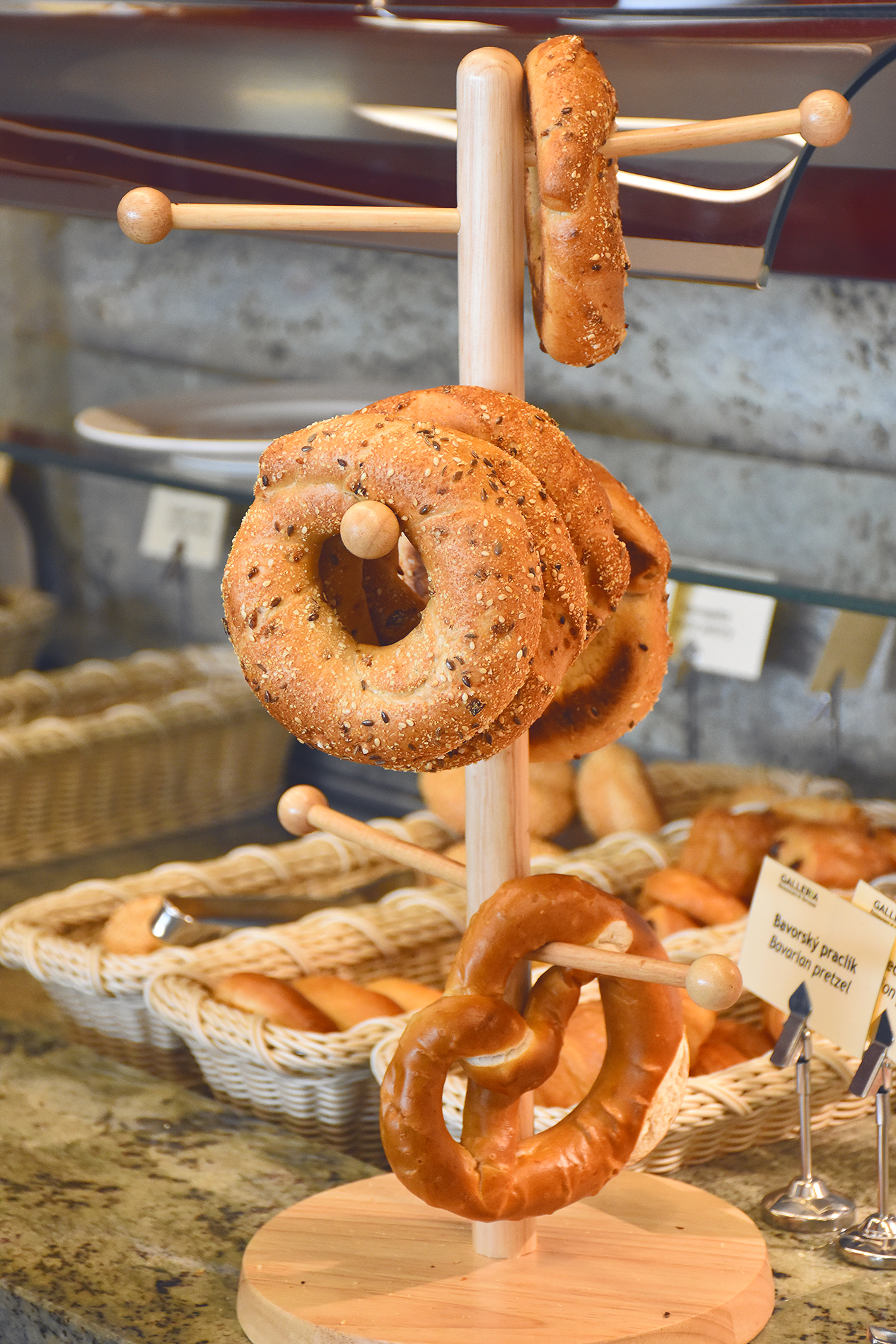 How to organize the tour?

When you only have two to three hours free in Bratislava, you always wonder where to start. Some would say, from the beginning.

Where is the beginning?

Of course, the real beginning is also the oldest or the old part of the city, you can leave everything else for later if there’s time. That’s where the stories come from.

The option of taking a city tour by this little, so called, red train, was a good choice and I would recommend it. 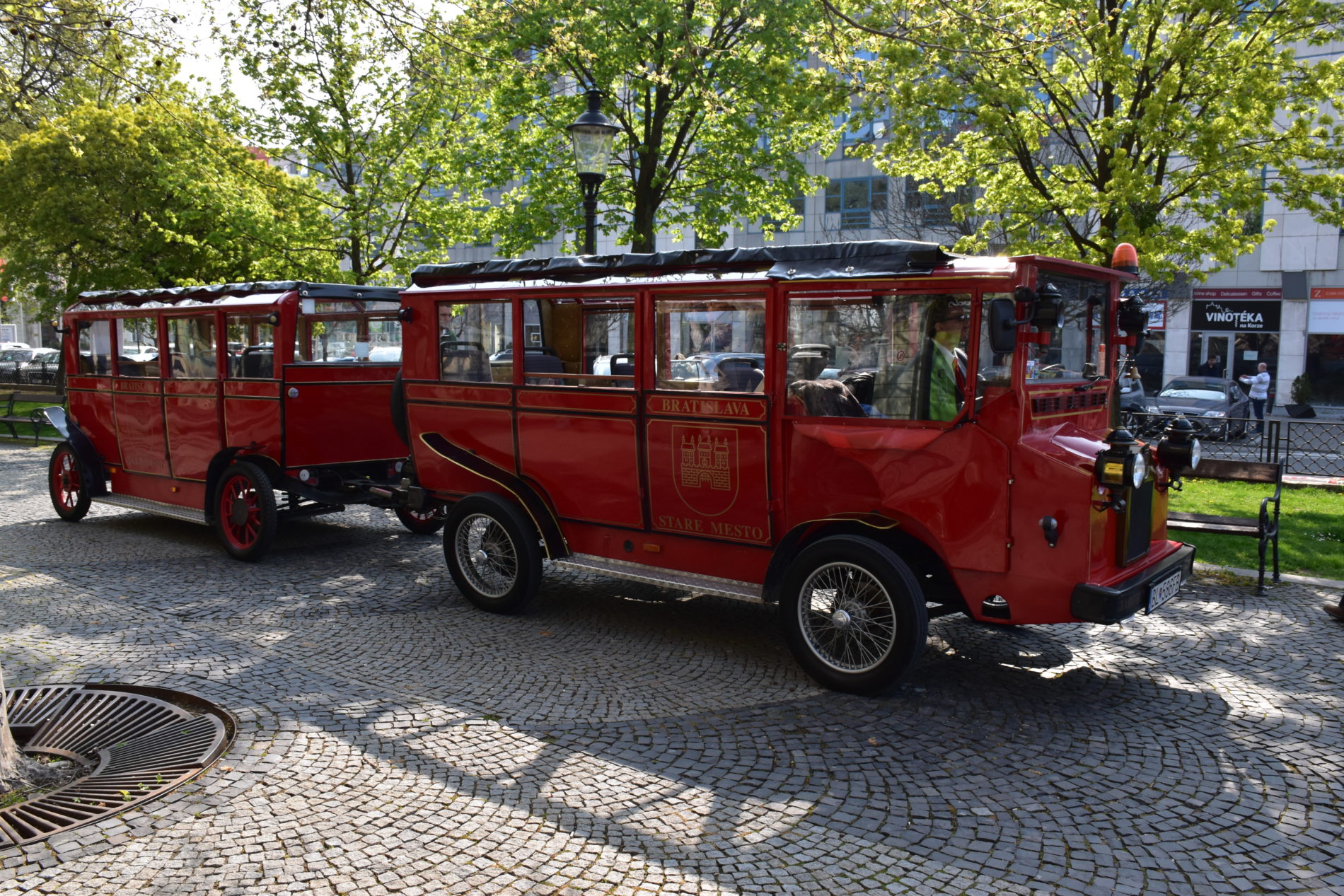 The longest tourist tours are on average (max) 90minutes, along with the castle which is on the outskirts of town.

The trains usually start their ride from the very center of the city, from the main square, and so did this one. You can certainly drink the first coffee in some of the restaurants in the main square before you begin your tour, and there is also a real tourist attraction, Maximilian fountain (or Roland fountain), which was built by Maximilian the 2nd in 1572. 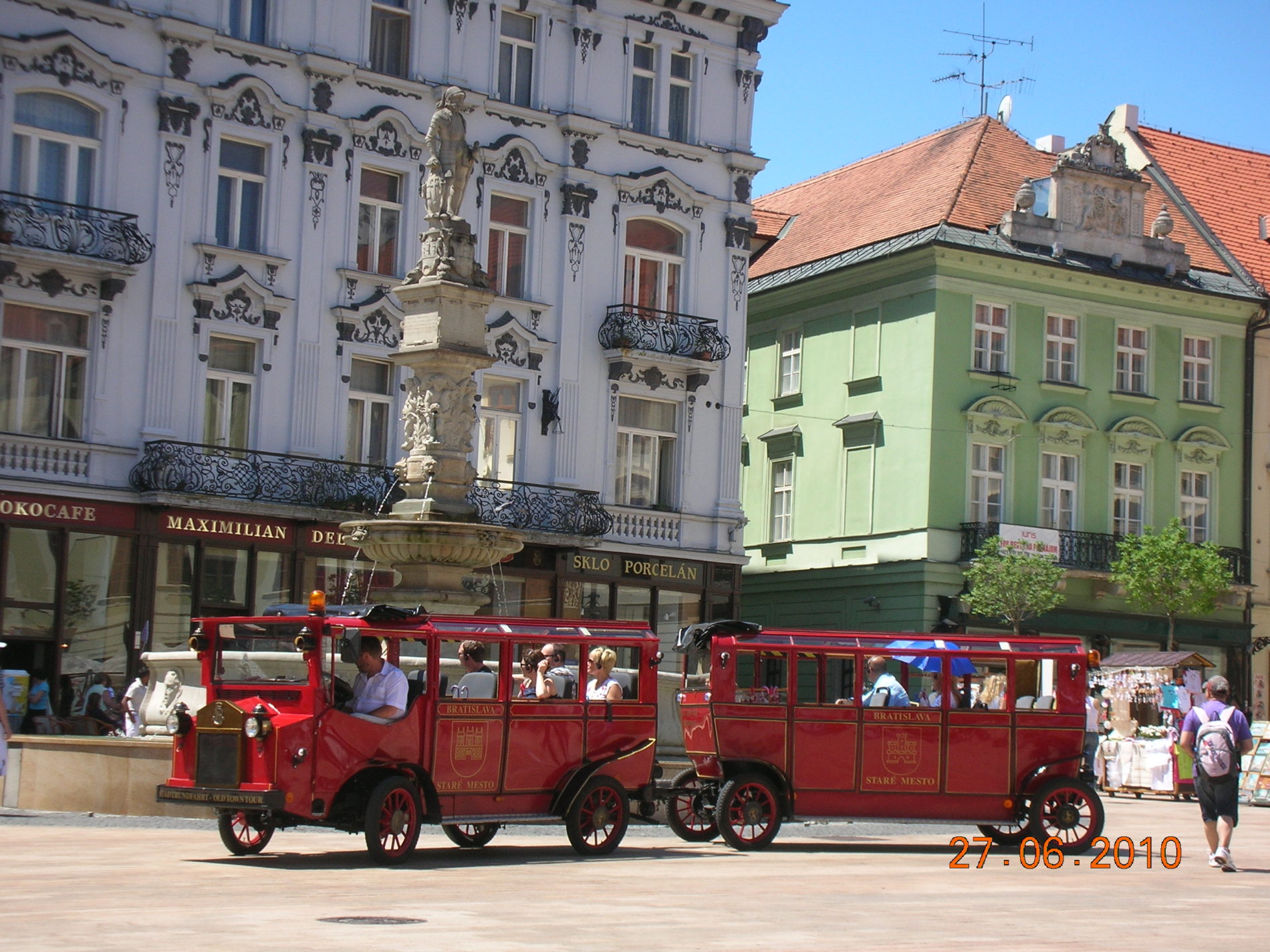 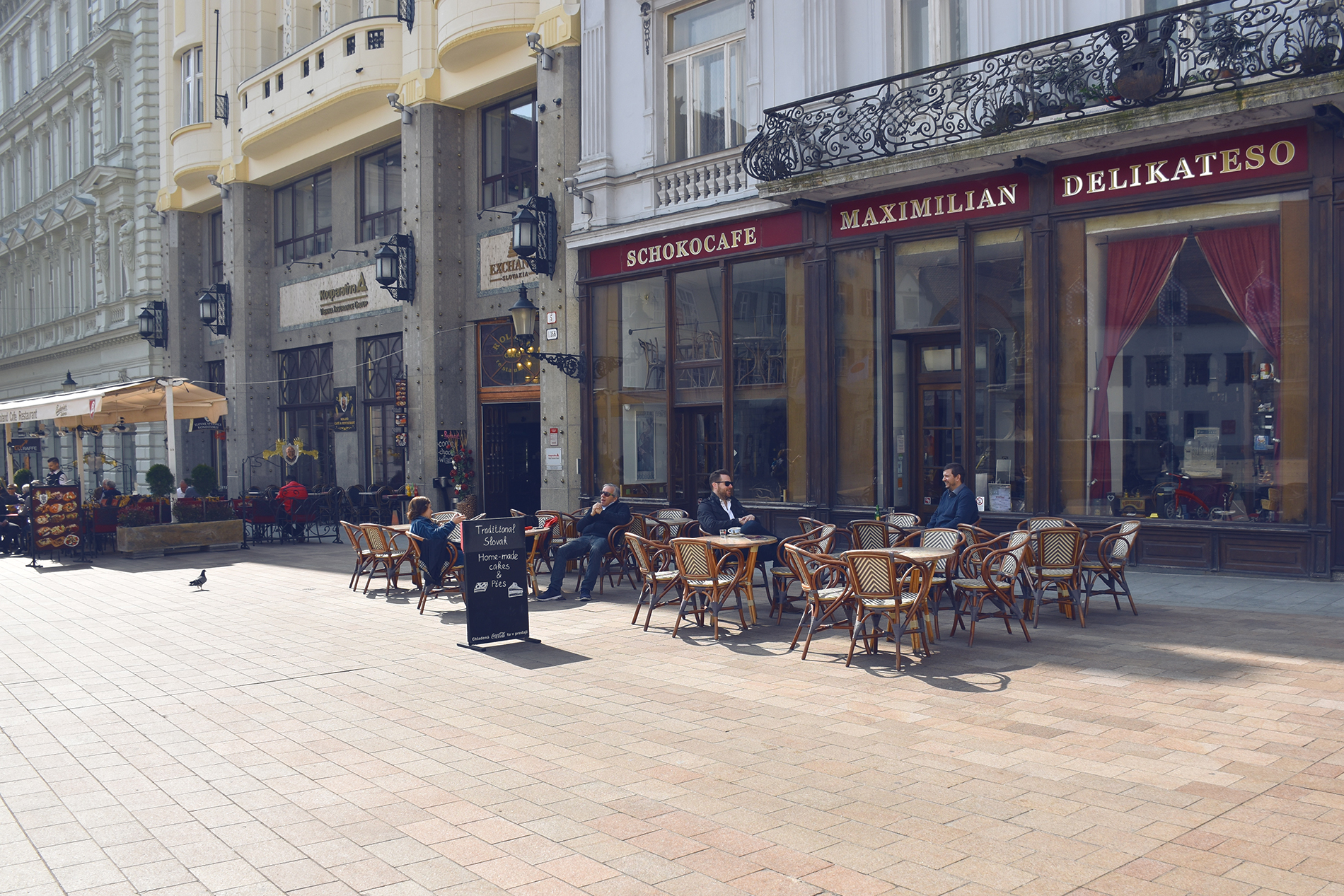 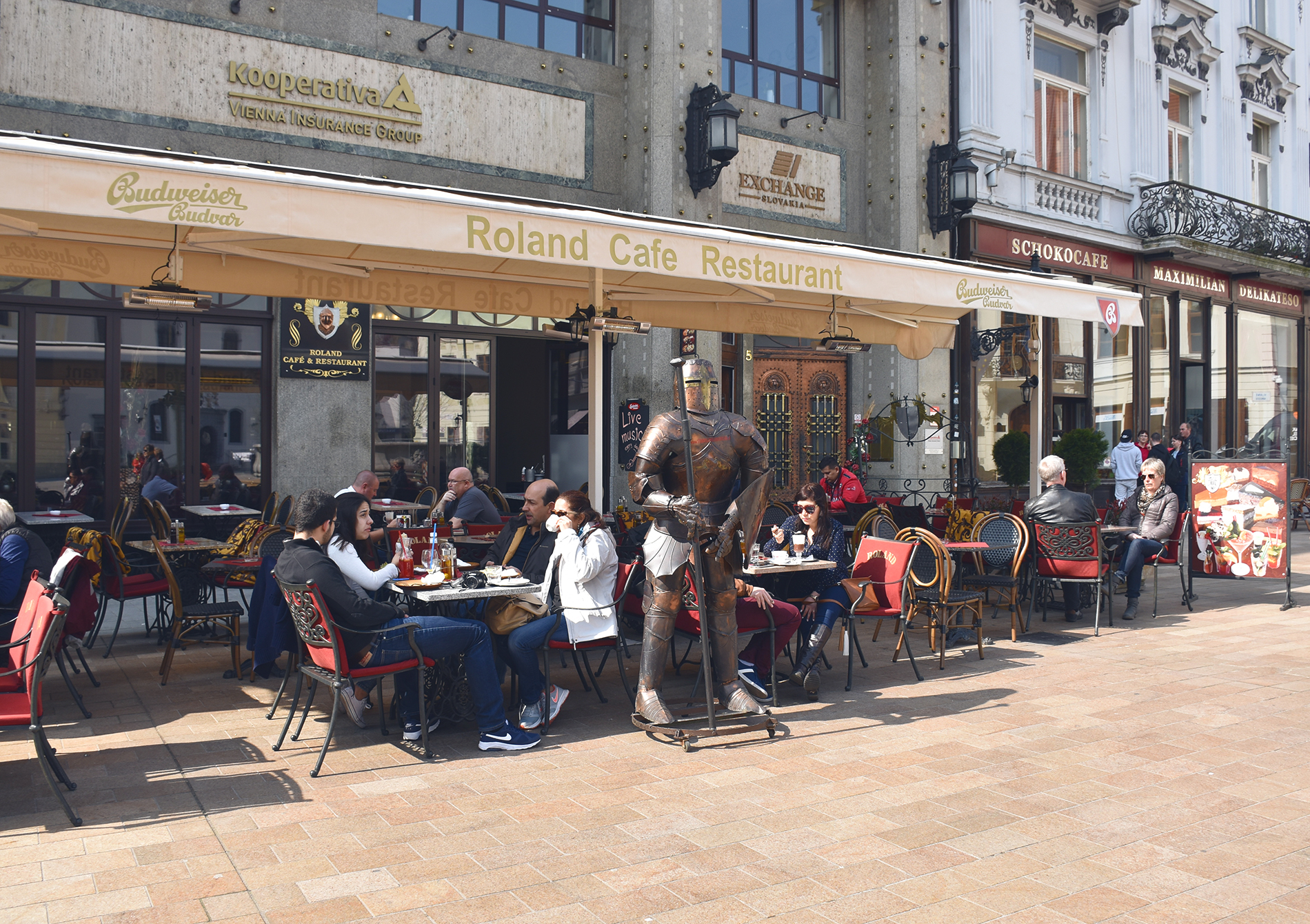 We had a great time in the train: 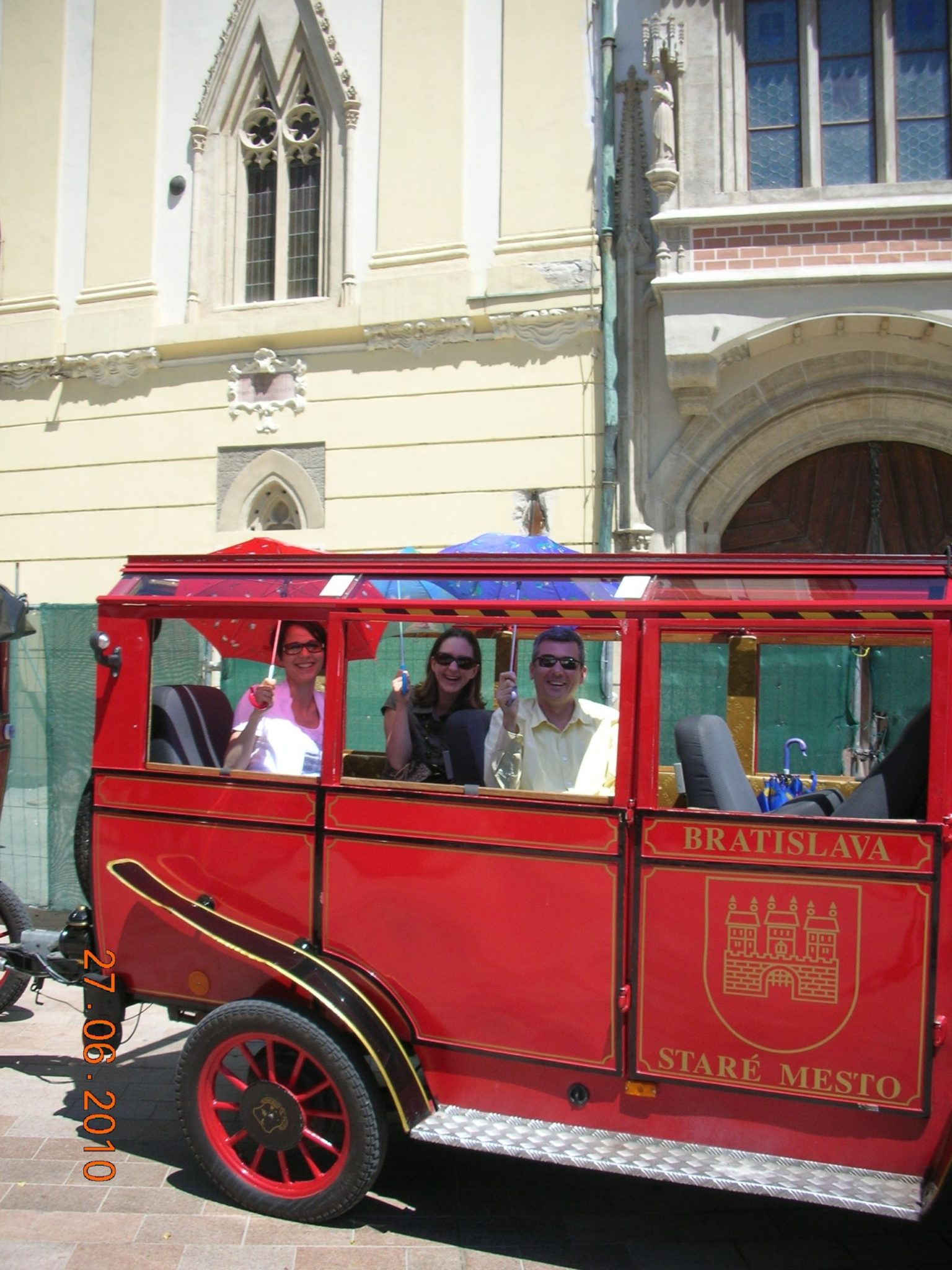 We passed a large number of statues, either on foot or by the train, for which Bratislava is renowned. The best-known one is Cumil, which in translation means the watcher.

There are two theories as to what he exactly is watching.

One of them is that he is looking under women’s skirts, and the other one is that it represents the communism and workers from that period, and he doesn’t care about his job.

There is Paparazzi as well.

None of these stories about the statues would be as interesting if there weren’t for the legends that go along with them. So, for the SCHONE NACI statue, legend says that he was so in love with one woman, but unfortunately, as it happens, it was not requited. Since he was desperately in love, he stood in the square every day and bowed (with a hat in his hand) and gave flowers to every woman that would walk there.

This statue is in Sedlárska street.

Napoleon soldier leaning against the bench in the main square. The story goes like this, in 1805, Napoleon was in Bratislava with his army. A soldier was to come and go through Bratislava, however, he fell in love with a girl, remained in Bratislava, and started making sparkly wine.

He was called Hubert, which today is the most famous sparkly wine in Slovakia.

Pretty girls these Slovakian women, everyone seems to fall in love with them 🙂 .

In order for all of the fairy tales to have a happy ending, there is a statue of mister Hans Christian Andersen in Bratislava, where Jiminy Cricket is giving him some advice: 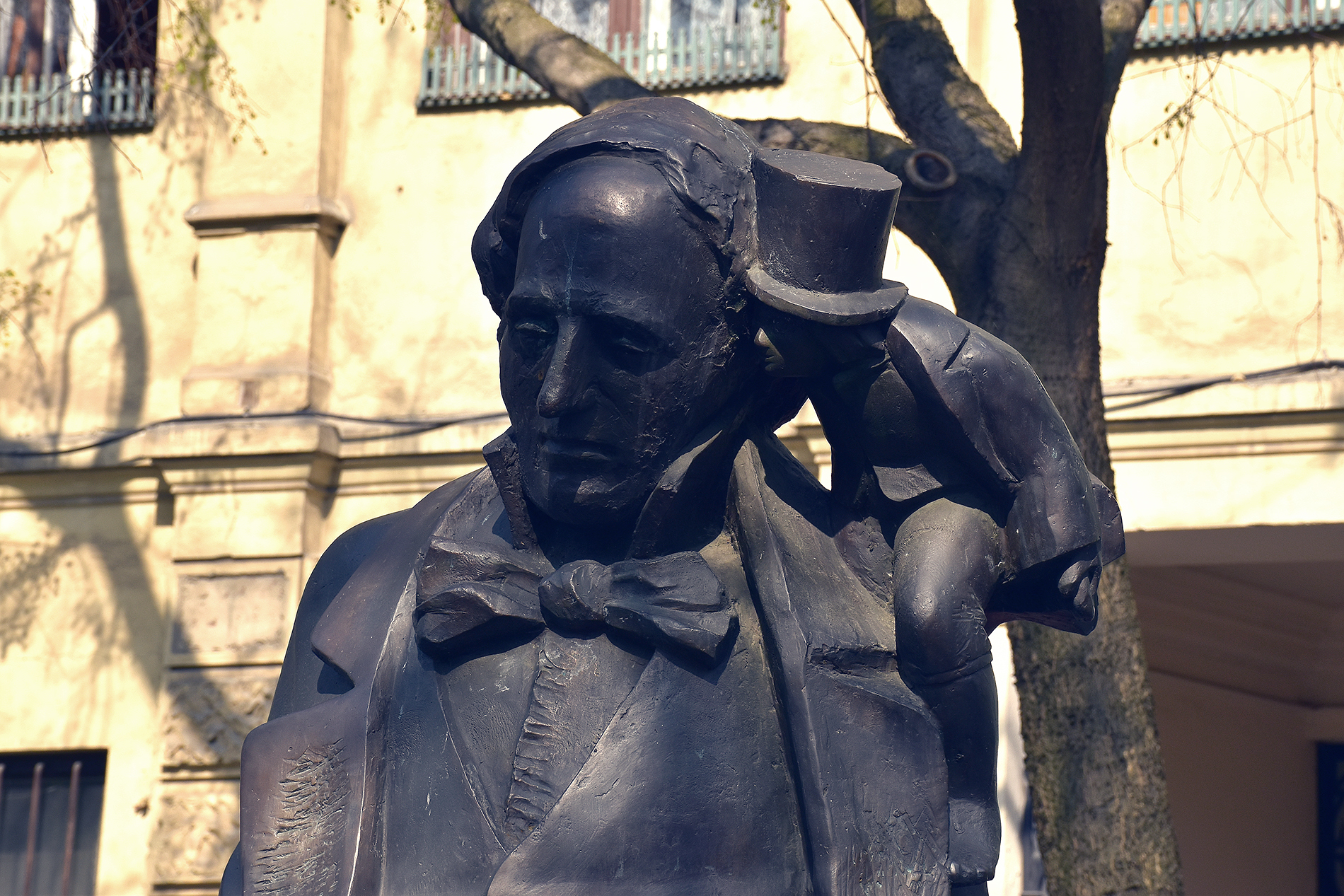 What you certainly shouldn’t fail to see is St. Martin’s cathedral. 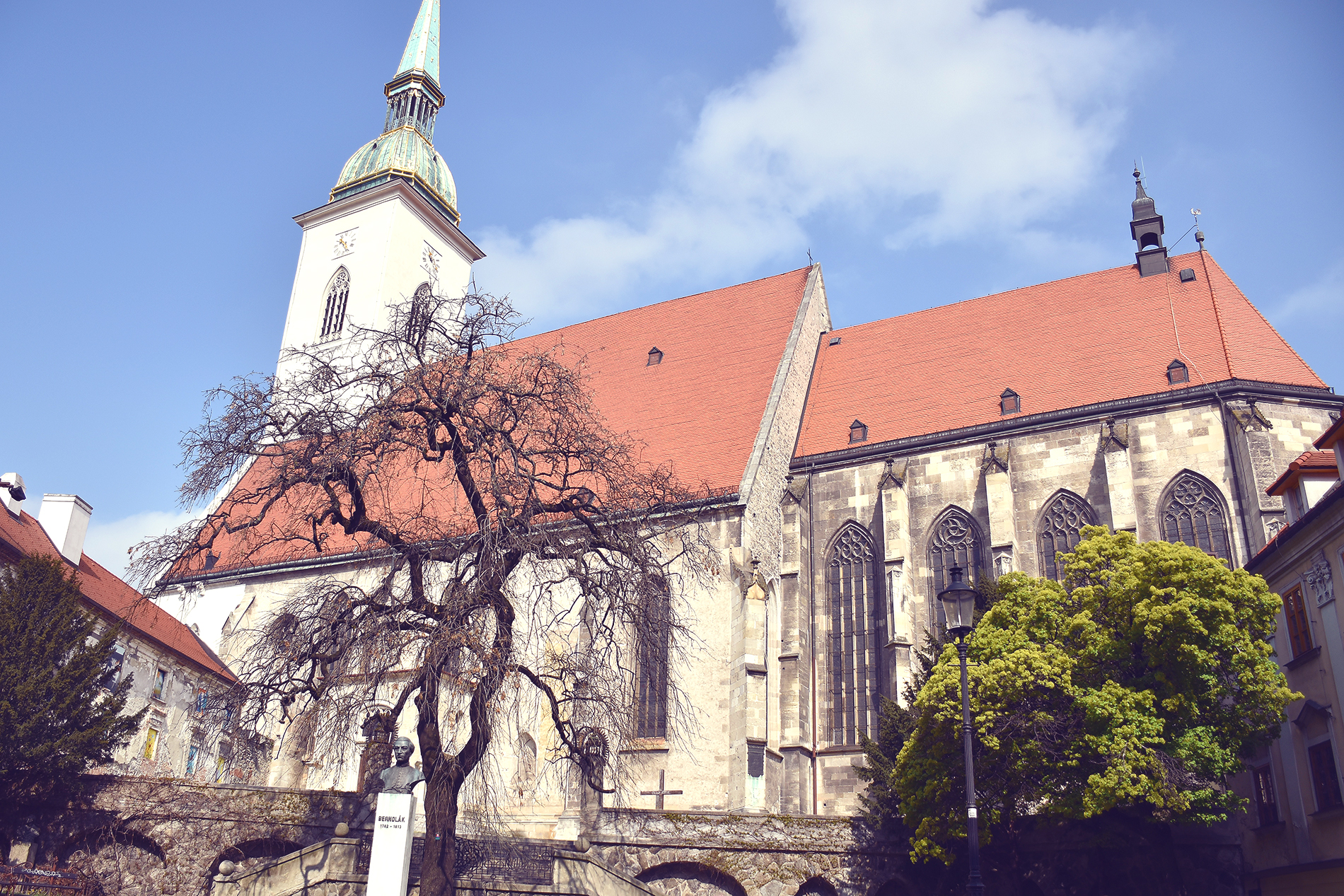 That is a place where many people were crowned from 1563 to 1830, and the Queen Maria Theresa was one of them. Under the cathedral surface, there are tombs which can be visited too.

St. Michael’s Gate is very important too, it was built in 1300 and reconstructed in 1758. It is a museum today, and there is a magnificent view from the balcony on the sixth floor stretching on Bratislava. 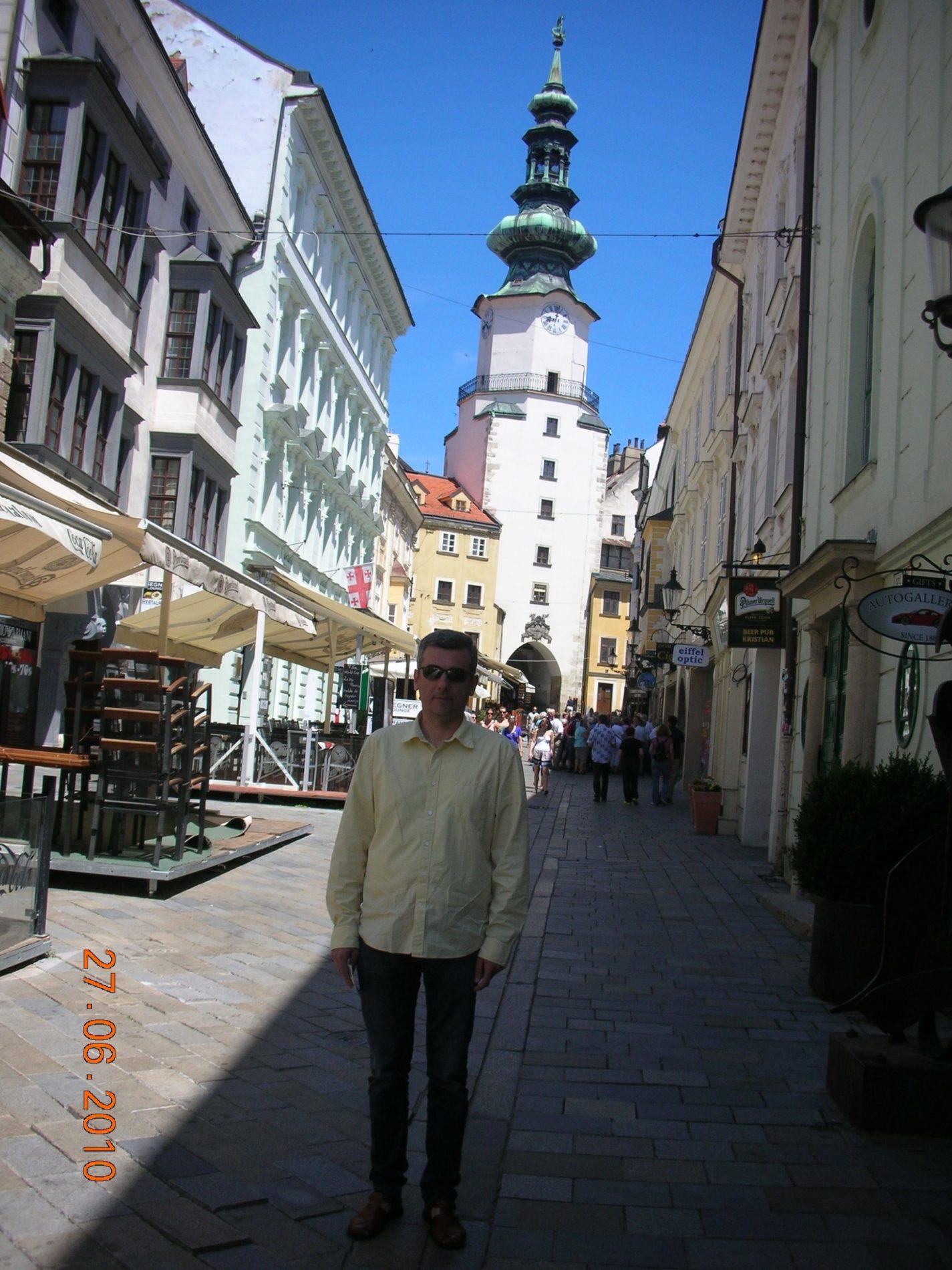 We passed nearby a UFO on the Danube which also has unidentified flying prices (just to compare, coffee in this restaurant is 5-10 euros, and coffee in the city is 3 euros). 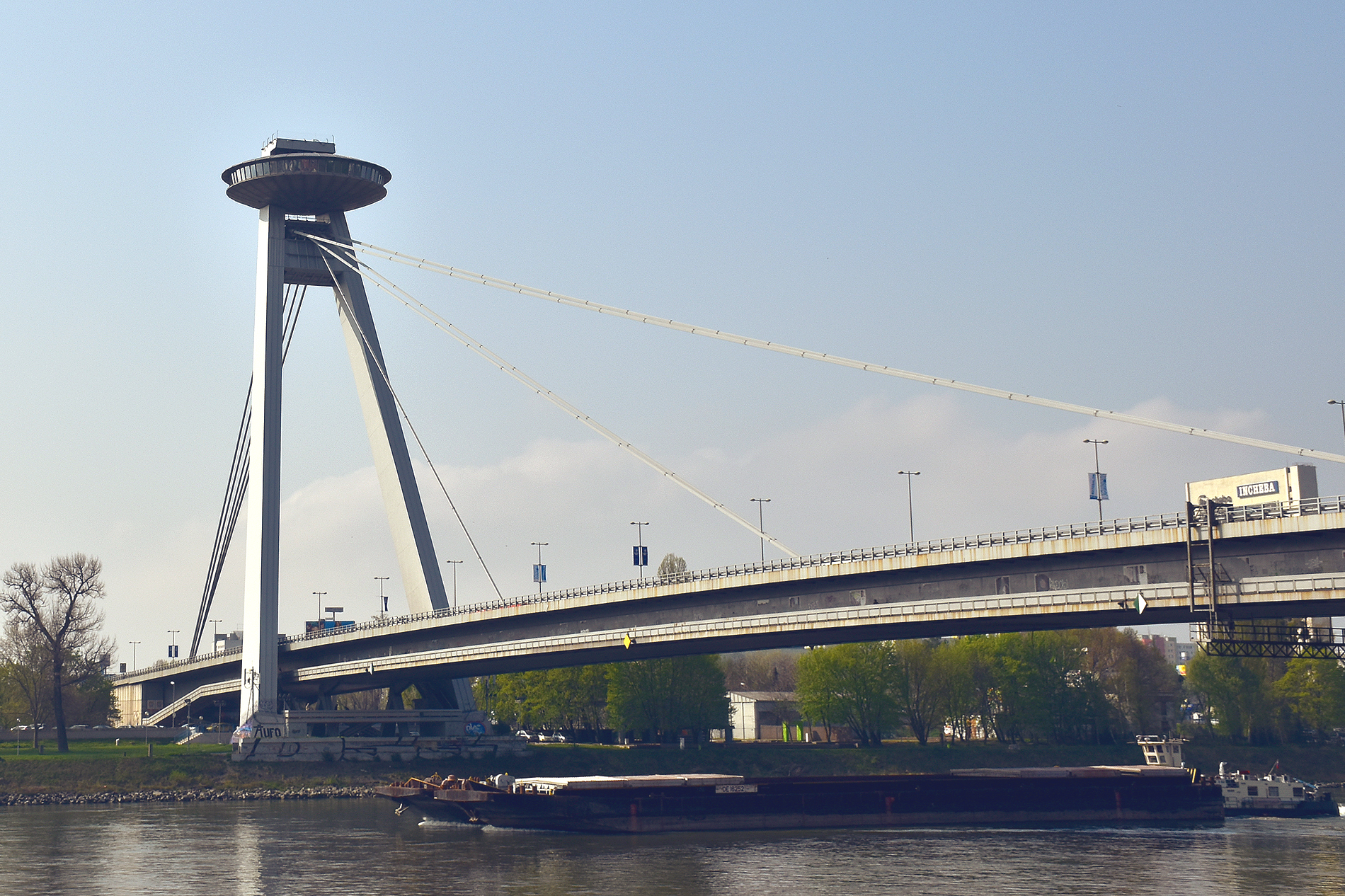 Bratislava castle, it stretches on a rocky hill just above the Danube, and it’s a gigantic castle filled with history. 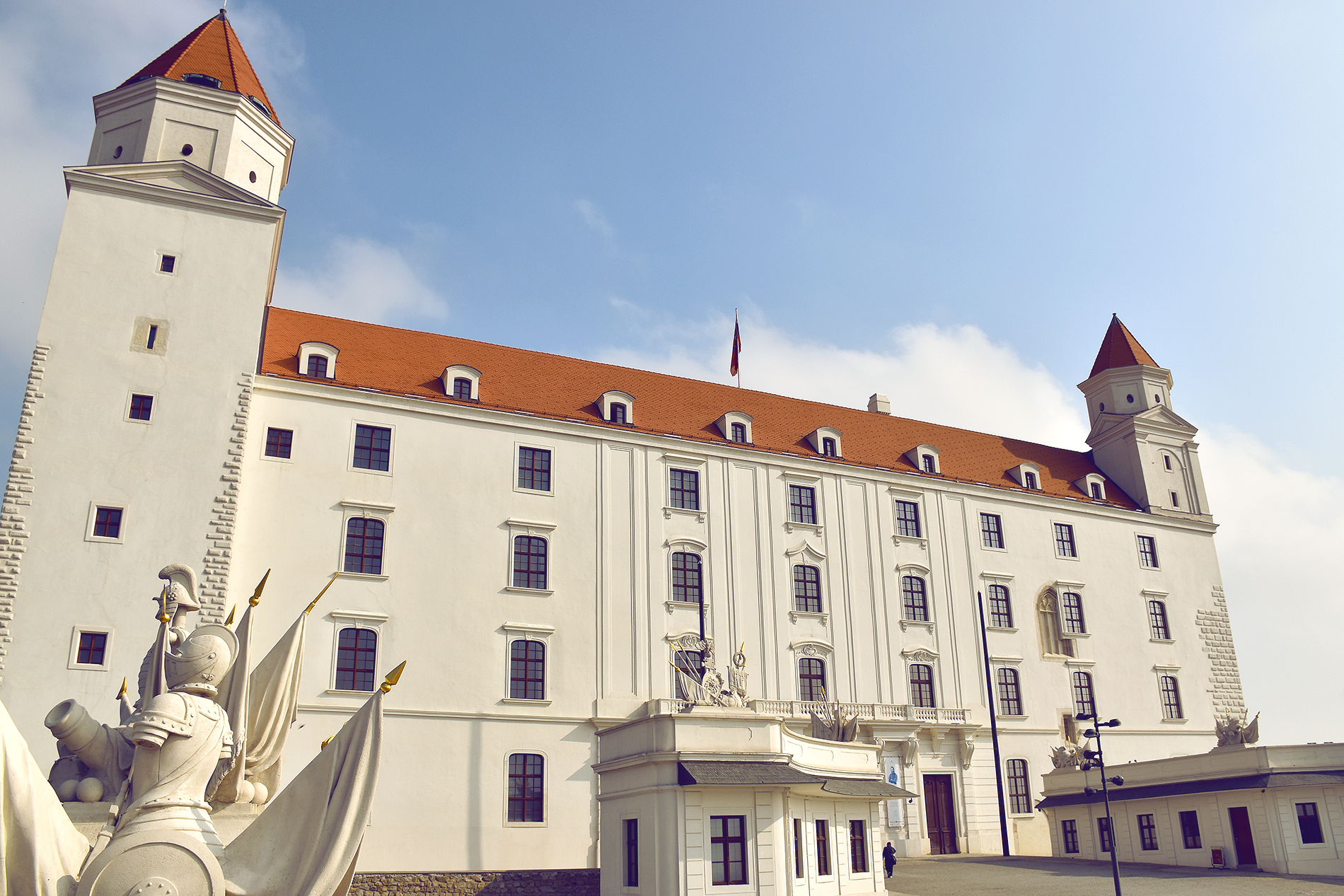 That is where a view on Austria and part of Hungary stretches from if the weather is clear. The castle has its own museum.

I scream you scream for …ICE CREAM

When you get tired of everything and you need a summer refreshment, this is where you should buy ice cream: 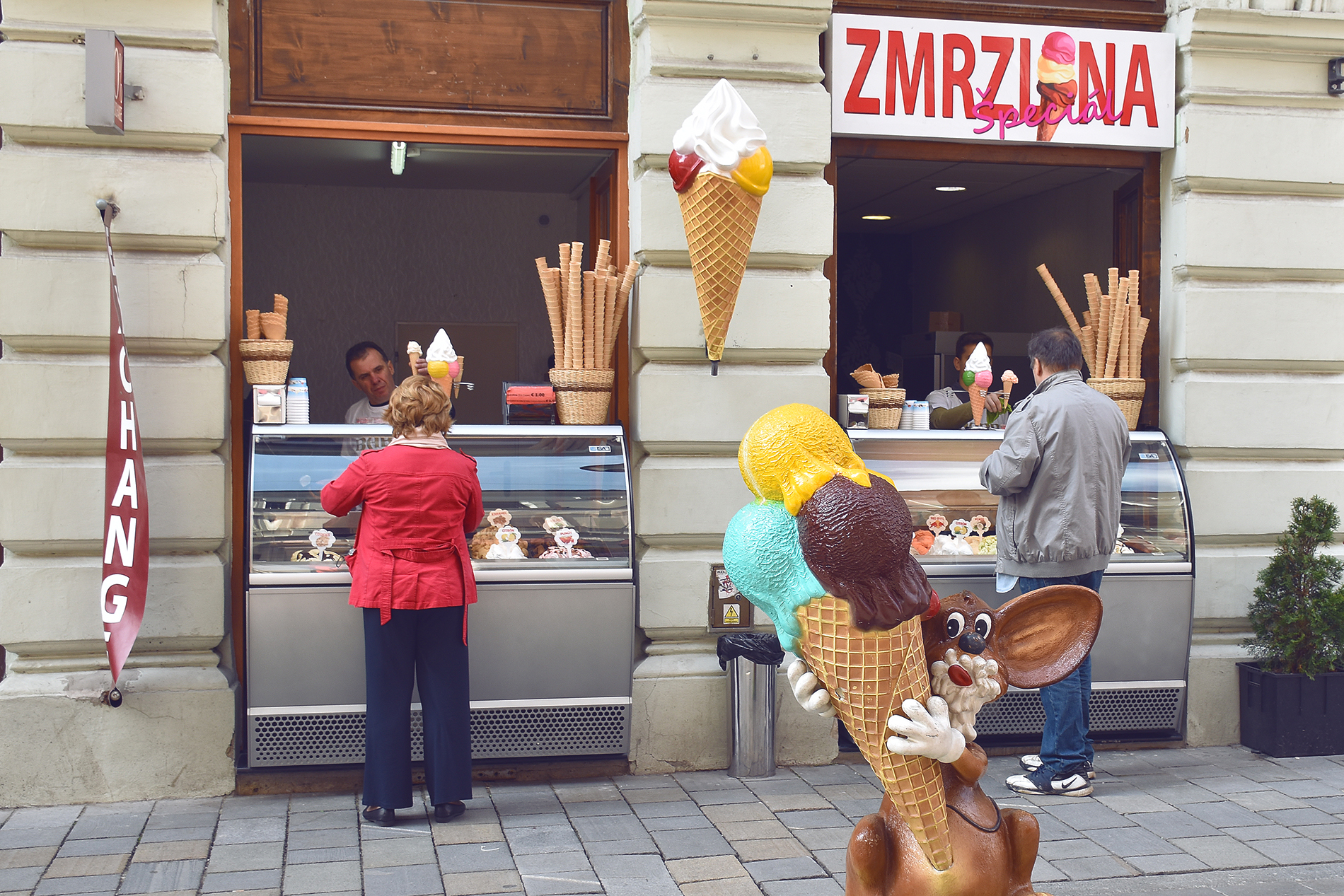 And something else as well…

Promenade along the Danube and mesmerizing architecture you can see all around: 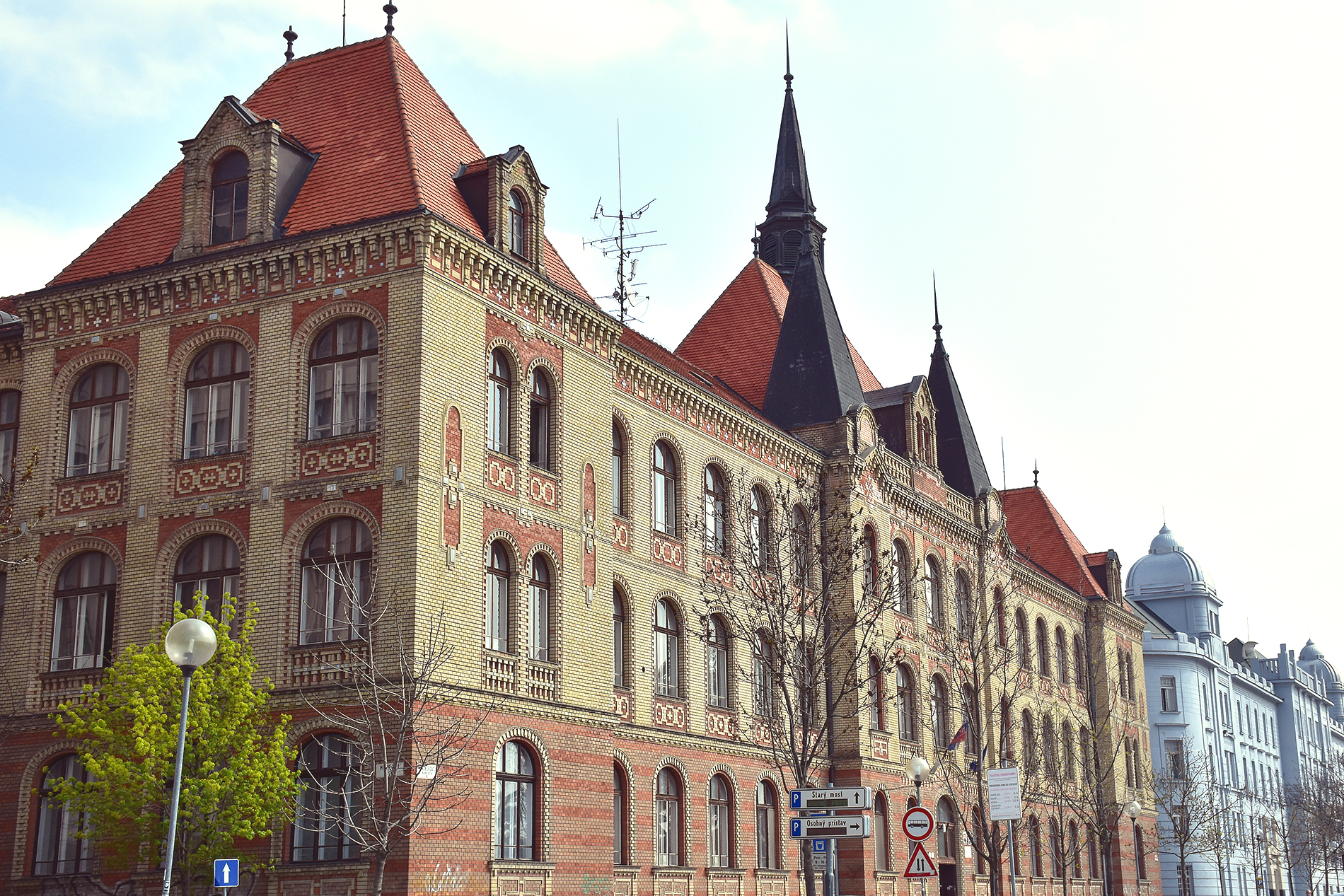 Bratislava is, for the fifth time in history, the capital of a state. What is interesting for us, is that many famous Serbs were educated in Bratislava (Svetozar Miletic, who has his own street, Stevan Sremac, Jovan Jovanovic Zmaj, Dositej Obradovic).

In recent years, many buildings were built with the help of Serbian contractors (Rad I Napred).

Bratislava has three boat hotels on Danube in which you can spend the night.

In the evening, you get to pick from 10 theatres, 2 operas, and 5 concert halls.

Now, in case you have more than three hours, or a day to spend here, there are some tours outside of the city (depending on the tour, on average they take 8 hours), and they are very interesting to explore.

All in all, there are a lot of things to pick from and on multiple occasions.

Has all the beauty left from the Most city with Eva’s departure?
A trip to Karlovy Vary synonym for class and style