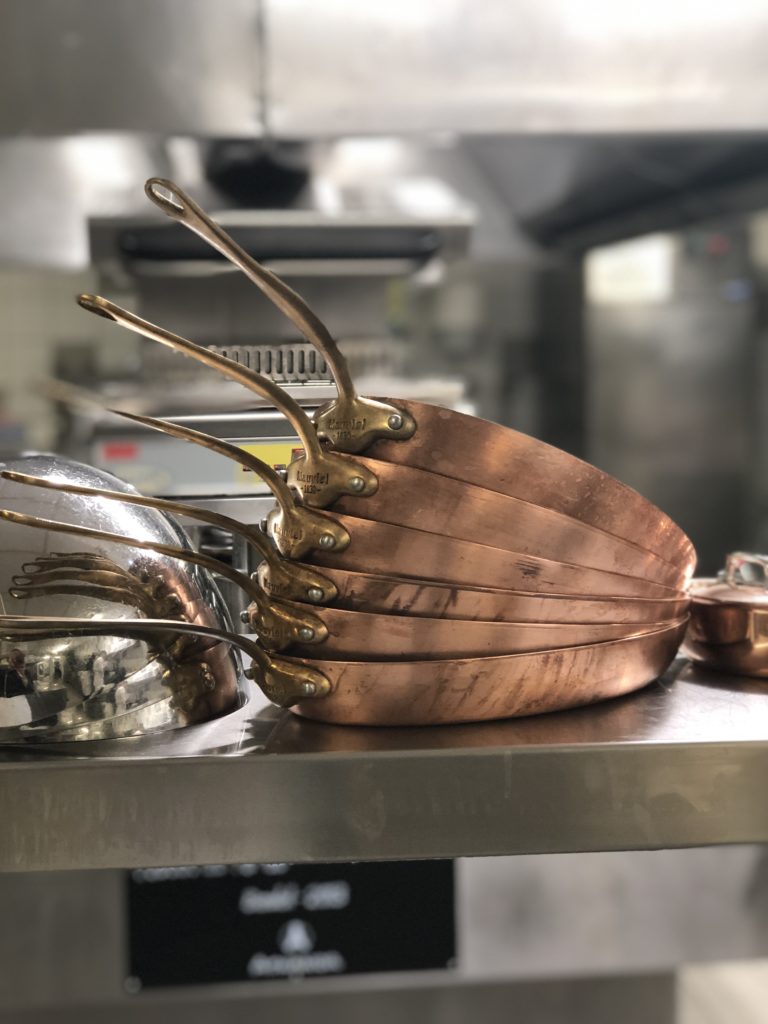 Cooking school top 5 important things that you will learn

Everything you need to know before you start cooking

What we must ask ourselves every time before cooking is what do we actually expect from the food we are preparing? The first steps we take depend on that.

Here we are going to deal with precise cooking – exact textures, measures and looks.

Measuring as the initial discipline of good cooking

What is the point of measuring if we don’t measure the right way!

But what we measure is important as well.

On the one hand, recipes written for cooking at home are based on the volume of the ingredients. When defining measurements terms such as coffee spoon, spoon and cup are used.

I don’t have to tell you the size of my cup compared to yours.

That will definitely affect the final texture and looks of the food I prepare.

One the other side, recipes written for professionals are in exact measures (g, kg, ounces…)

Conversion of ingredients most often used for baking

It’s not the same (cooking for beginners)

Of course, it’s not the same if you measure liquid ingredients with the standardized measuring vessels for dry ingredients.

That’s why I suggest you get at least three sets of measuring vessels for a good cooking start. 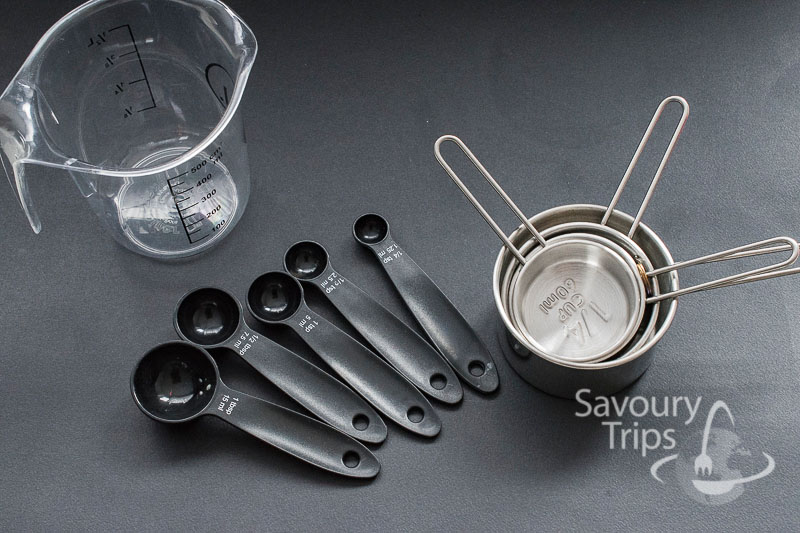 Tools of the trade

I used to be one of those people who would say: “This knife is perfectly fine, I don’t want to waste my money on buying a new one. It’s a bit dull but I’ll press harder.”

That had lasted until I discovered all the benefits of a good, quality and sharp knife. I’ll just tell you that everyone can make filets out of a fish at the speed of sound, only if you have an appropriate knife. 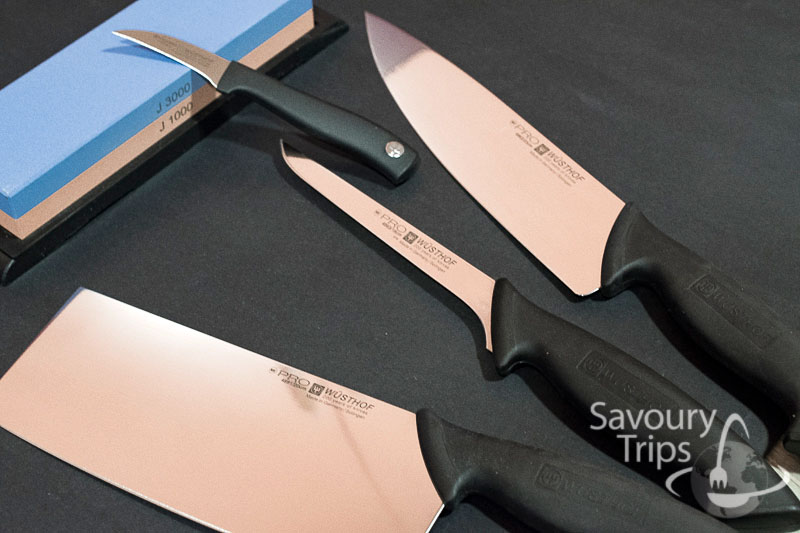 Why is the knife blade so important? Because of the way you cut something affects the taste and the colour of food. Maybe this sounds funny to you, but it’s true.

Just take shallot for example…Split the quantity you have in two…Put it on the cutting board and cut in two ways. The first one is to have the knife slide through the shallot (the movement of the knife can be back and forth) and the second way is to cut it top to bottom (like vertically pressing the knife onto the shallot and then cutting it). In the first example, the shallot (parsley, dill…) will quickly turn dark green and it will be less pretty both when it comes to taste and texture.

You can also try to cut onion in two different ways: with the grain and in the opposite direction, that is, against the grain. You’ll see it doesn’t taste the same.

We can apply this to meat.  The meat you cut against the grain will be much softer than the one you cut with the grain.

Just to give you an example of how important this is, one of the practical questions on the exam in the cooking school was shallot cutting.

Pots and lids for cooking

Choosing the right dish depends on what you want to achieve. For example, stainless steel pots are ideal if you want to get a crispy meat and vegetables crust. However, besides the type of metal, the weight of the pot, that is, the weight of its bottom is important, too. The heavier the pot, the less likely it is for food to get stuck on the bottom. Therefore, the easiness of cleaning it later varies.

In any case, pans and pots with the teflon bottom we are using for more delicate ingredients such as eggs and fish. They are less likely to get stuck, and you can’t get the crust as crispy as when using stainless steel pans.

The last thing, but not less important, is the size of the dish in which you will be cooking or baking. If the recipe states the size of the dish, listen to it…otherwise the texture (if you use deep pots and less ingredients they are more likely to be cooked than baked) and preparation time will not be the same.

Food preparation time has a lot to do with your oven or stove. They serve us when planning food and they’re often unreliable parameters in recipes. We shouldn’t rely to much on their precision, so constant monitoring of what happens inside is a must.

For example, let’s say all of us turn on our ovens at 180°C and let them heat up for about 30 minutes. If we all measure the oven temperature with an external thermometer after those 30 minutes we will get differences ranging from 150°C to 190°C.

That’s why we need to get to know our tools very well and then we will have good results. It’s totally normal to have minor deviations in temperature along the entire surface of one oven. But if those deviations are more than 25% then it’s time to invest 🙂

An additional advice is to check if the preparation time stated in a recipe for a certain type of food is true.

It’s not expensive, and it’s better to get an additional thermometer and calibrate your oven with it. It will turn out to be very valuable with delicate food preparations such as macaroons and other cookies. 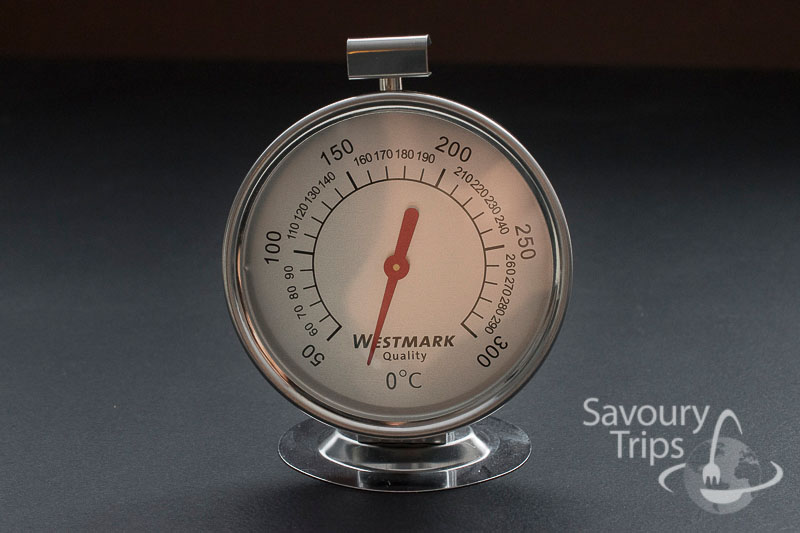 The science of cooking acknowledges two types of cooking: fast and slow (a few hours). The in-between doesn’t exist!

What goes with what – school of ingredients

This means that for good cooking it is important to know where your ingredients come from and how they were produced.

On the one hand, if we want to substitute some ingredients from a recipe with those we currently have, then we should keep in mind that the final flavour and texture will not be the same.

So, for example…if the recipe states kosher salt, and you have normal table salt, you have automatically increased the saltiness of your dish. For the same amount of saltiness you will need more kosher salt compared to the table salt.

An even bigger change is if you replace butter (80% of fat and 16-18% of water) with some other type of fat (for example, vegetable fat which has 0% of water and 100% of fat) when making dough. That’s when you change everything – both texture and flavour.

It’s basic math we’re talking about here: Do not change the ingredients in recipes. It’s hard to predict the end result. And this is very important especially when it comes to baking and cakes.

There are 4 factors that affect the tastiness of our dish.

It enhances the flavour and makes the texture better

It creates a balance and opens up a dish

It’s number one factor that affects the texture

How and in which quantities you should use these 4 elements in order to cook well, I will tell you in some of the following posts.

For the writing this text, we used professional literature

What is, how to use and how healthy is black garlic?
Sicilian villages what to see in Savoca and Forca d’Agro