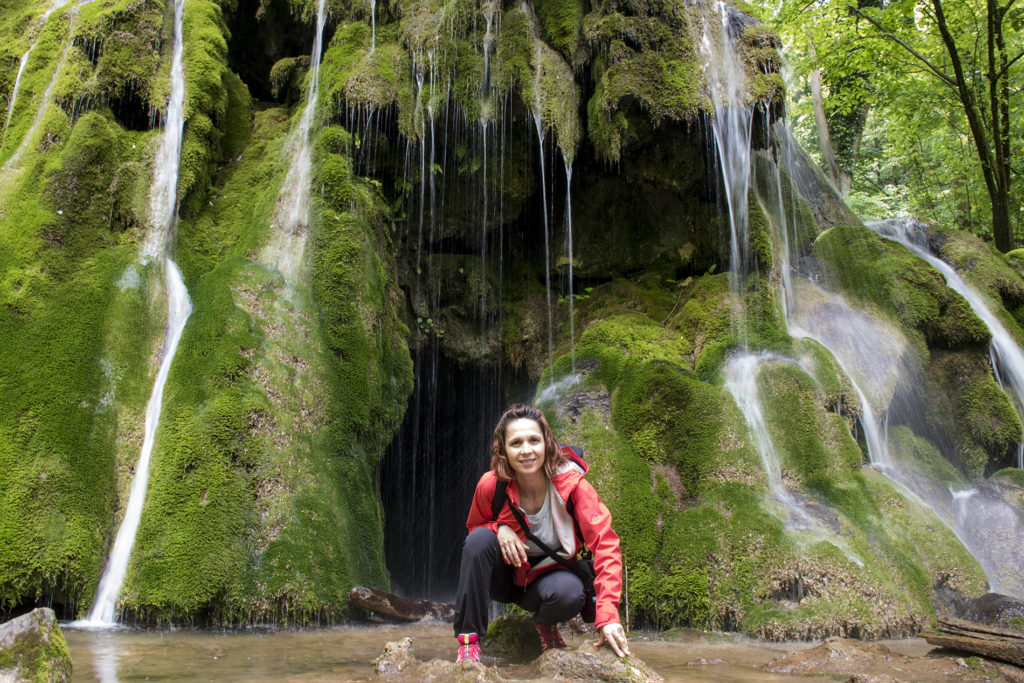 Visit canyon of the river Nera

One of the most beautiful canyons within only 140 kilometers from Belgrade. The canyon of river Nera. We are already planning another tour, just during the summer period. I am sure this is the best destination to get away from the city in the scorching summer months.

Where is it located?

The national park and canyon of the river Nera– Beusnica (Cheile Nerei- Beusnita) is located in the south of Anina mountains that belong to southwest Romania, region Karas-Severin. River Nera is otherwise famous as a border between Serbia and Romania. It is 131 kilometers in length, and empties into Danube, in the place where the Iron Gates begins. A real beauty of that national park is the river Beu, a tributary of Nera.

How to get to there?

You can organize it yourself because the treks are not demanding, just like this one, which I took, or by some mountaineering club that can show you something that you maybe wouldn’t find yourselves. I visited this place with PSD Kopaonik and Goran.

Unfortunately, the weather didn’t serve us, because it was during the changeable May, but we enjoyed every step of it. All that rain felt good. It brought me back to my childhood, because I didn’t get so soaked for a long time.

Now, our way went through Pancevo and Bela Crkva, to a Kaludjerovo border crossing. I have to admit that we waited for more than half an hour at the border, and if you asked me why, I wouldn’t know how to answer. I am sure there was no valid reason for that, so, arm prepare to be patient with Romanians.

Once you’ve crossed that famous border (there is not a smaller crossing, nor more vehicles or more waiting), right there (within 400 meters) there is the first pub where you can drink a cup of coffee, or whatever you feel like.

I’ve read on various websites that they received all currencies… but it was all in vain, when the toilets were closed. So, in case you have to go, it’s best to do so in nature. Men had no problem with that, but for us girls, that nature seemed too open. Consequently, I had to hold on.

After we’ve finished our break in the pub with no toilet, we drove another 30 kilometers to get to the canyon. You can see maps or some of the tours available here.

The last couple of kilometers of our trip were a bit scary… the width of the road was just enough to fit the bus, and on one of the sides there was abyss. Car is perhaps a better option, although we managed to get there by bus as well. The road is bidirectional, so when you see a vehicle from the opposite direction, you are in for a treat.

Canyon of the river Nera

Our chosen path was an easy one, going through the forest, because of the weather conditions. I cannot describe how glorious and great nature there was, so it’s best to depict it with photos: 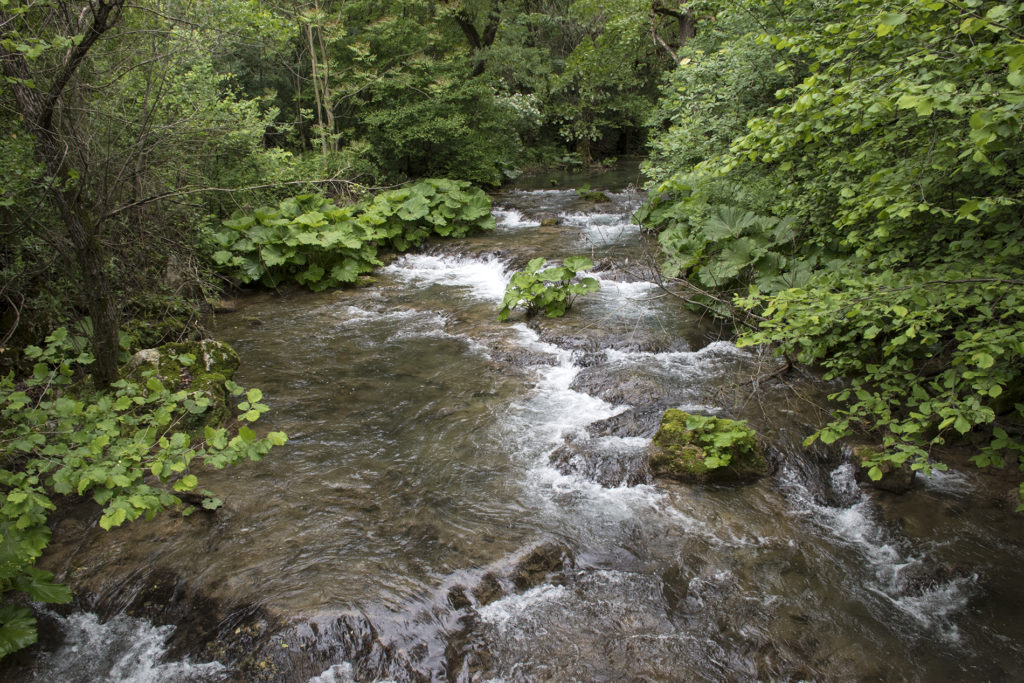 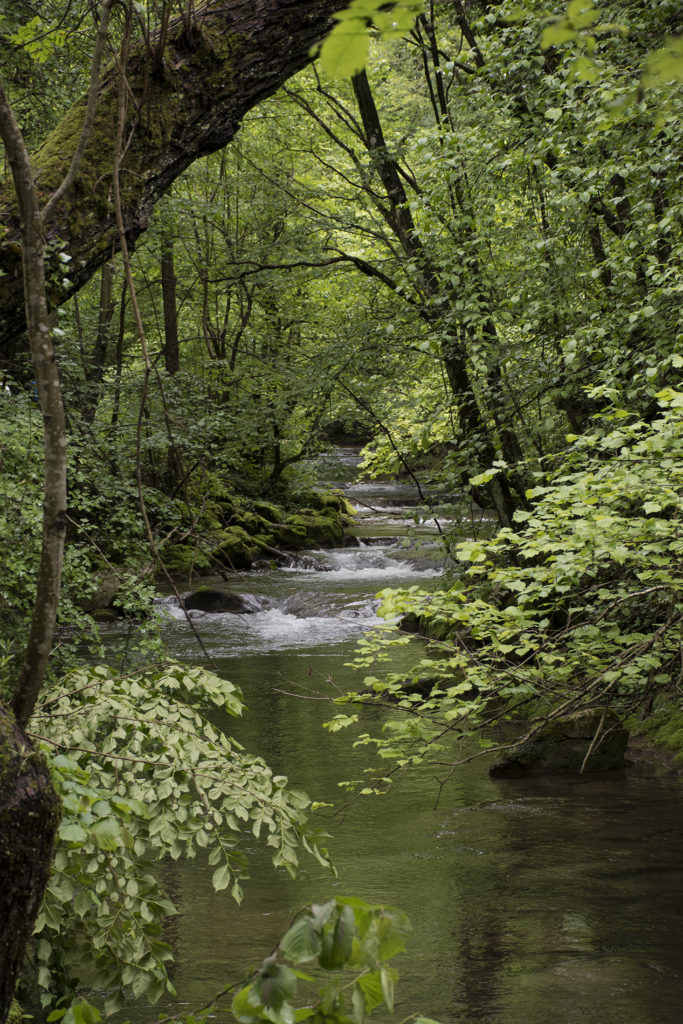 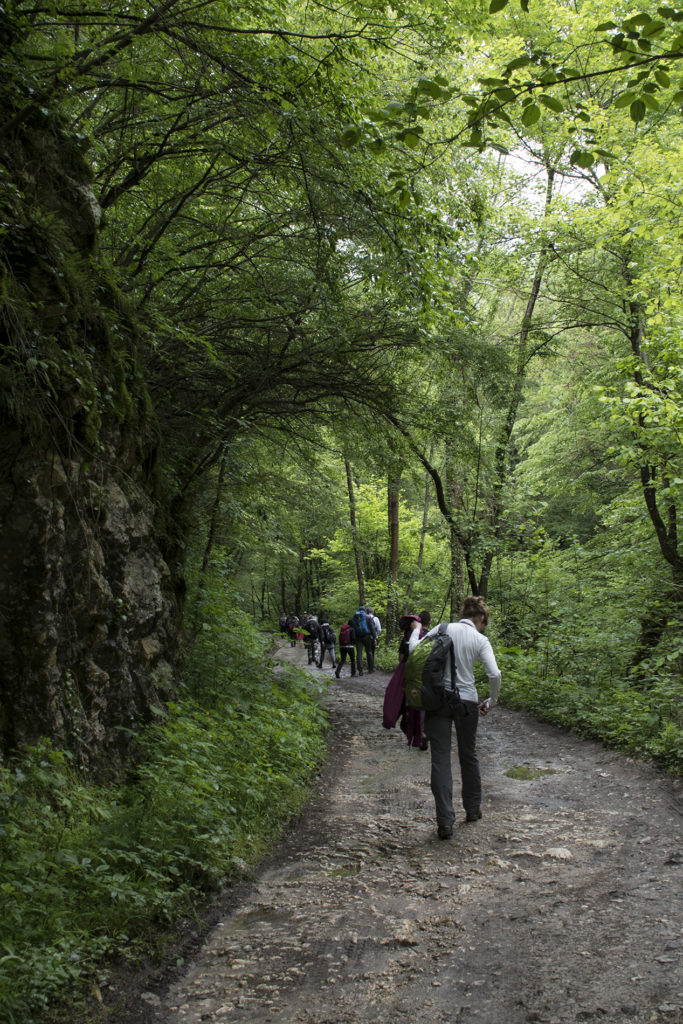 Down the beaten path, we came to a lot of cascades and waterfalls.

You have to be very careful here, especially during the raining season, because these are all cascades and it can get pretty slippery. Although I had more than suitable footwear for hiking, I underestimated the weather conditions and wasn’t careful. That carelessness cost me a huge scratch on my butt, and I still have that scar today, although it’s been almost two months. Not to mention I almost slipped all the way and fell into the water. 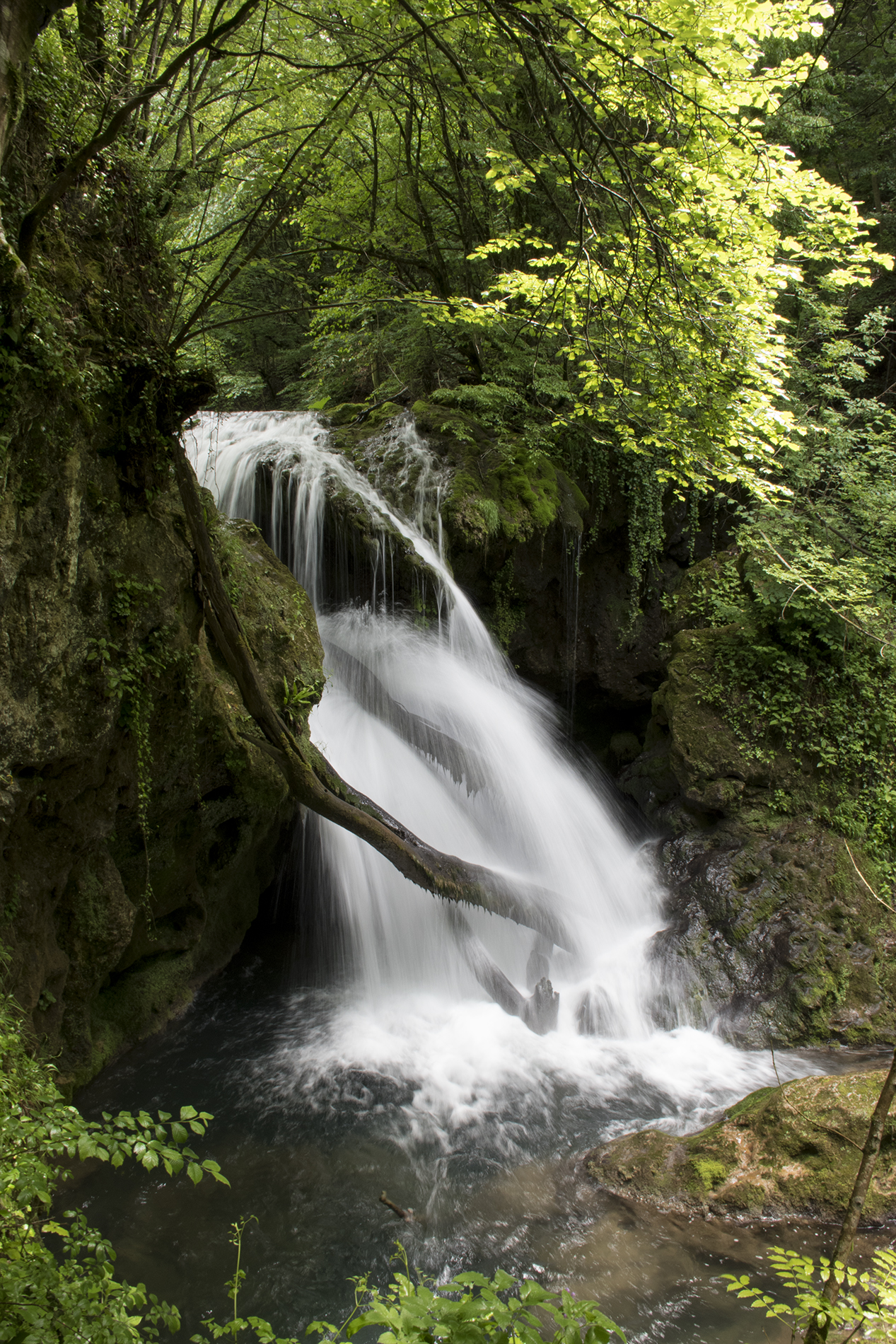 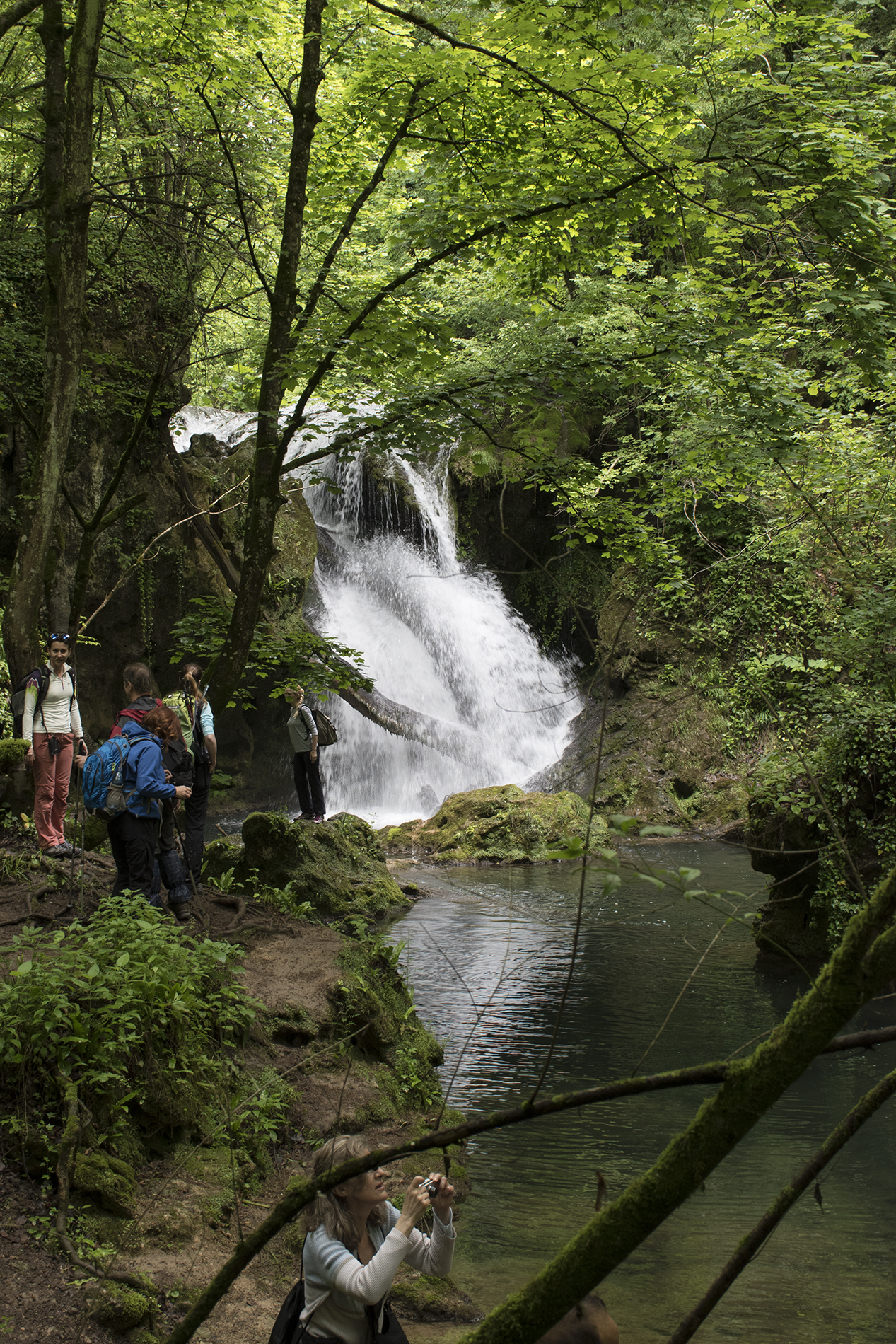 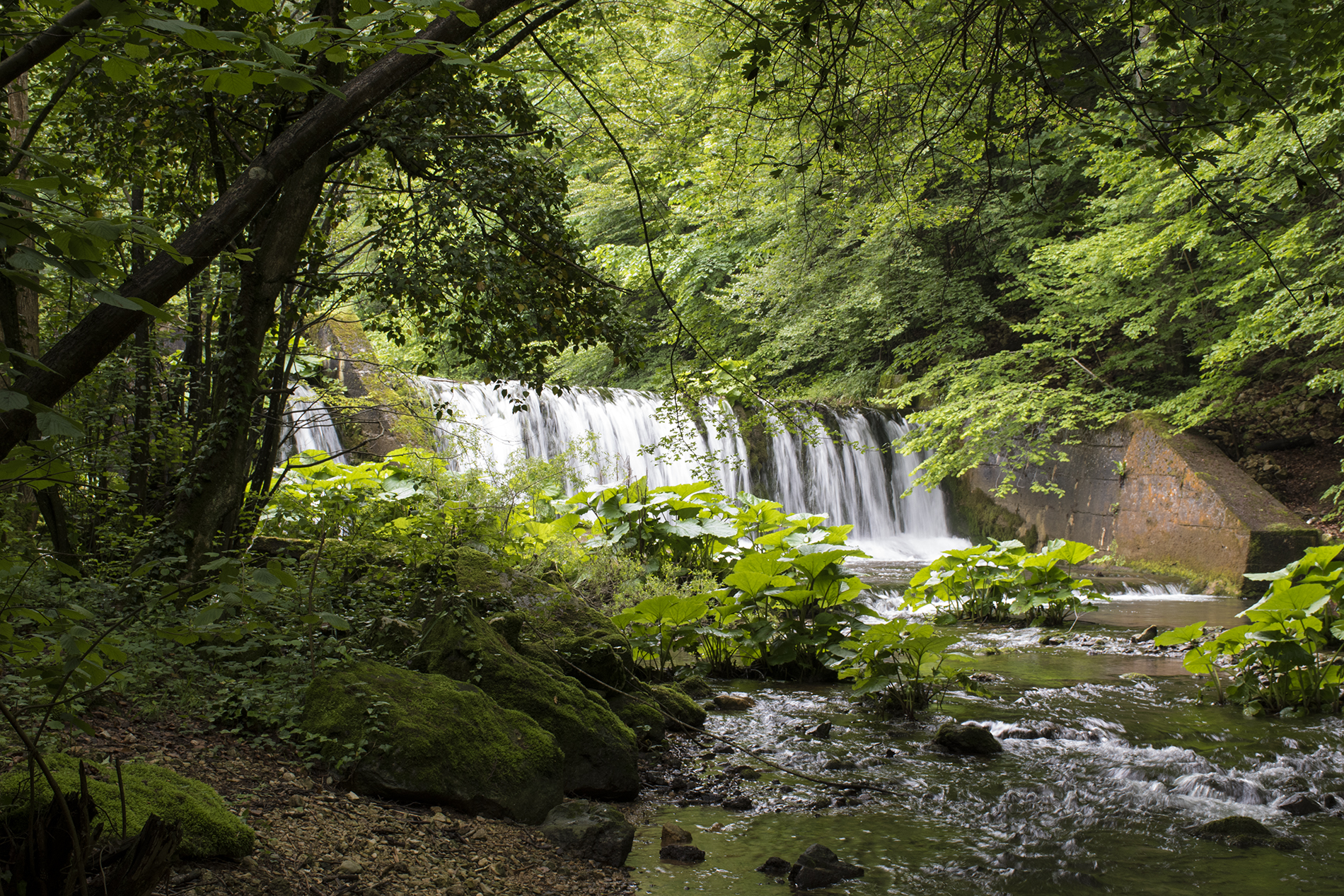 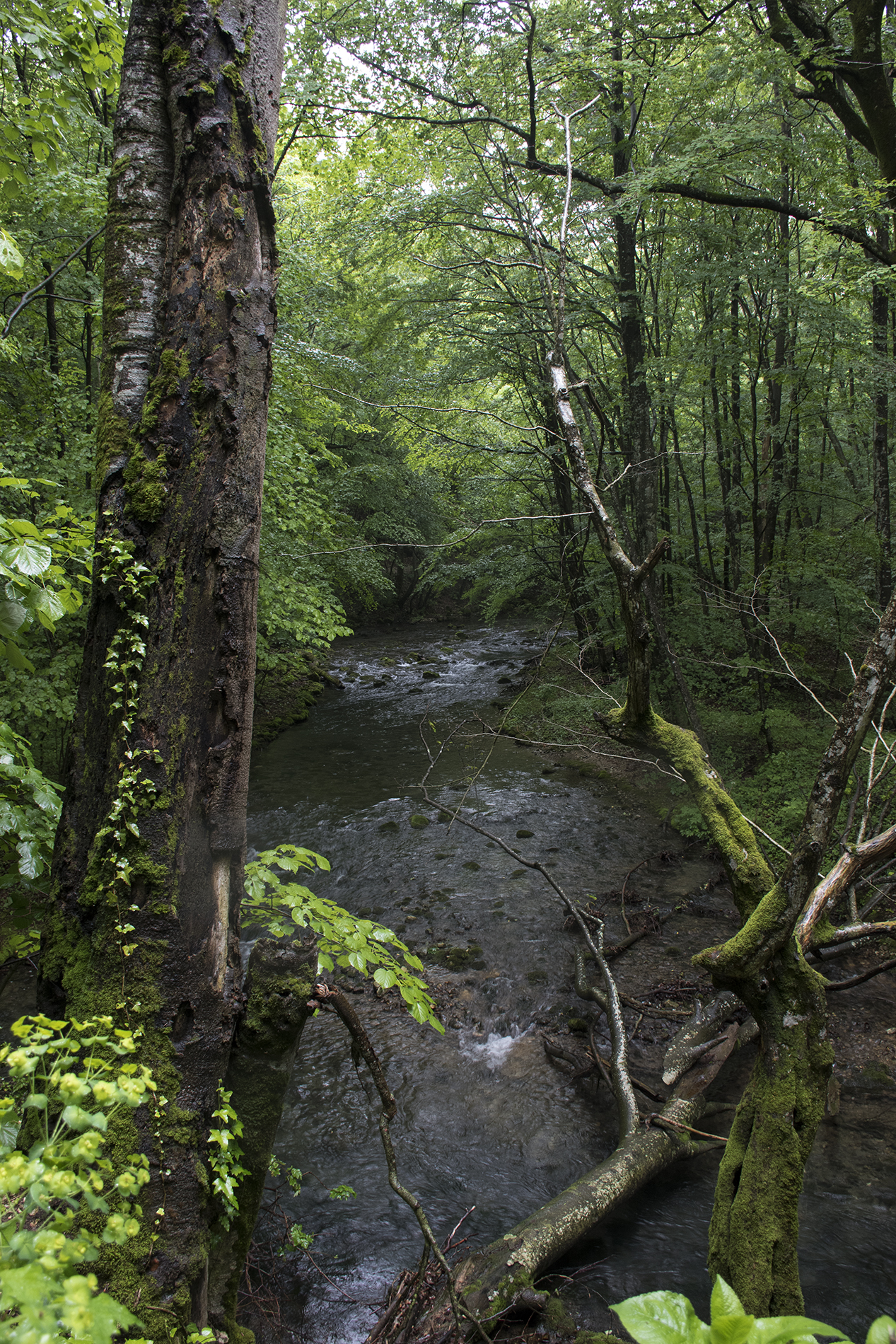 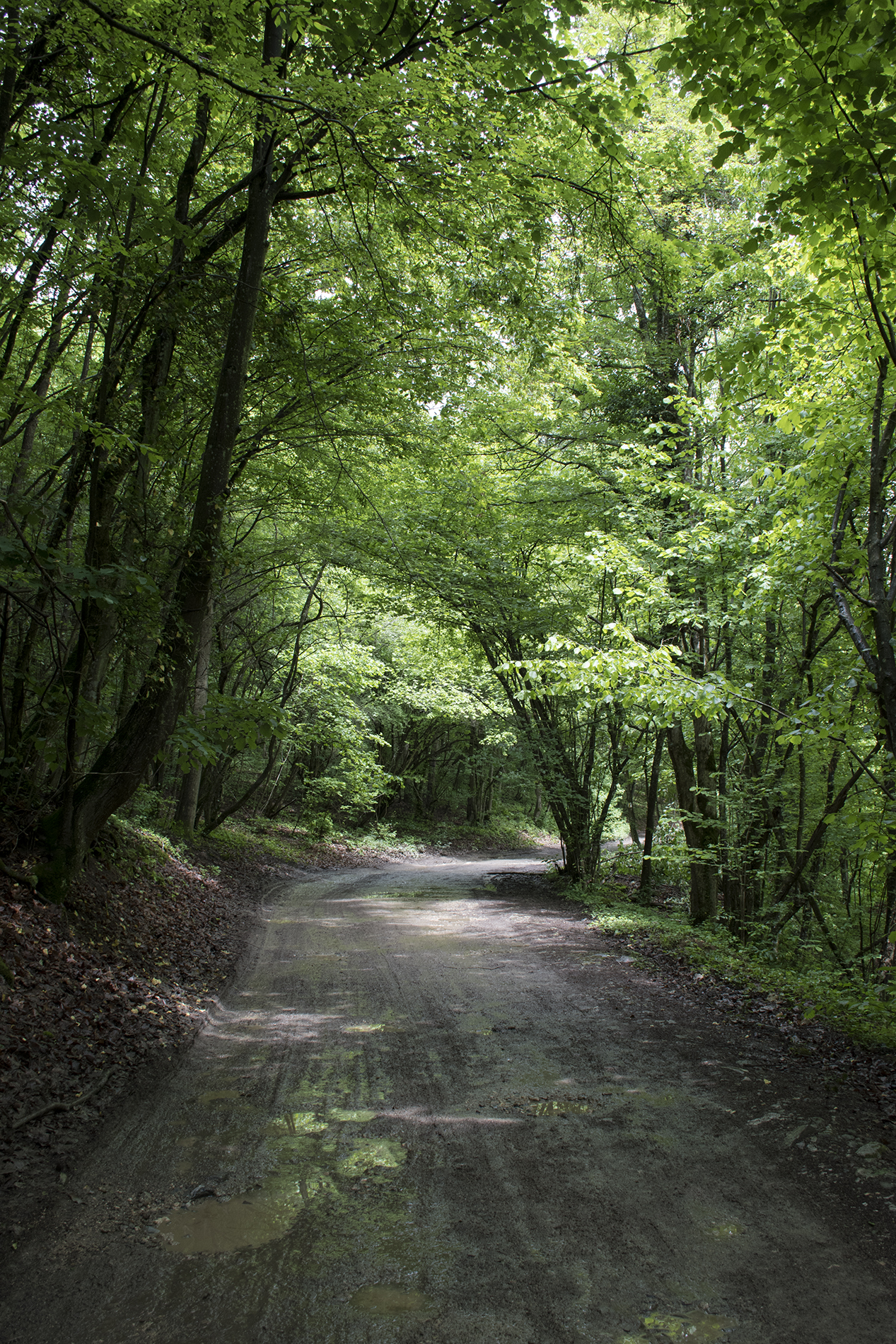 A country estate, near which there is a fish tank with fresh trout. There is a small restaurant in which you can find something to eat, including fresh trout, which I tried, of course, although it was raining. What kind of a trip would it be without some cookery flavors? 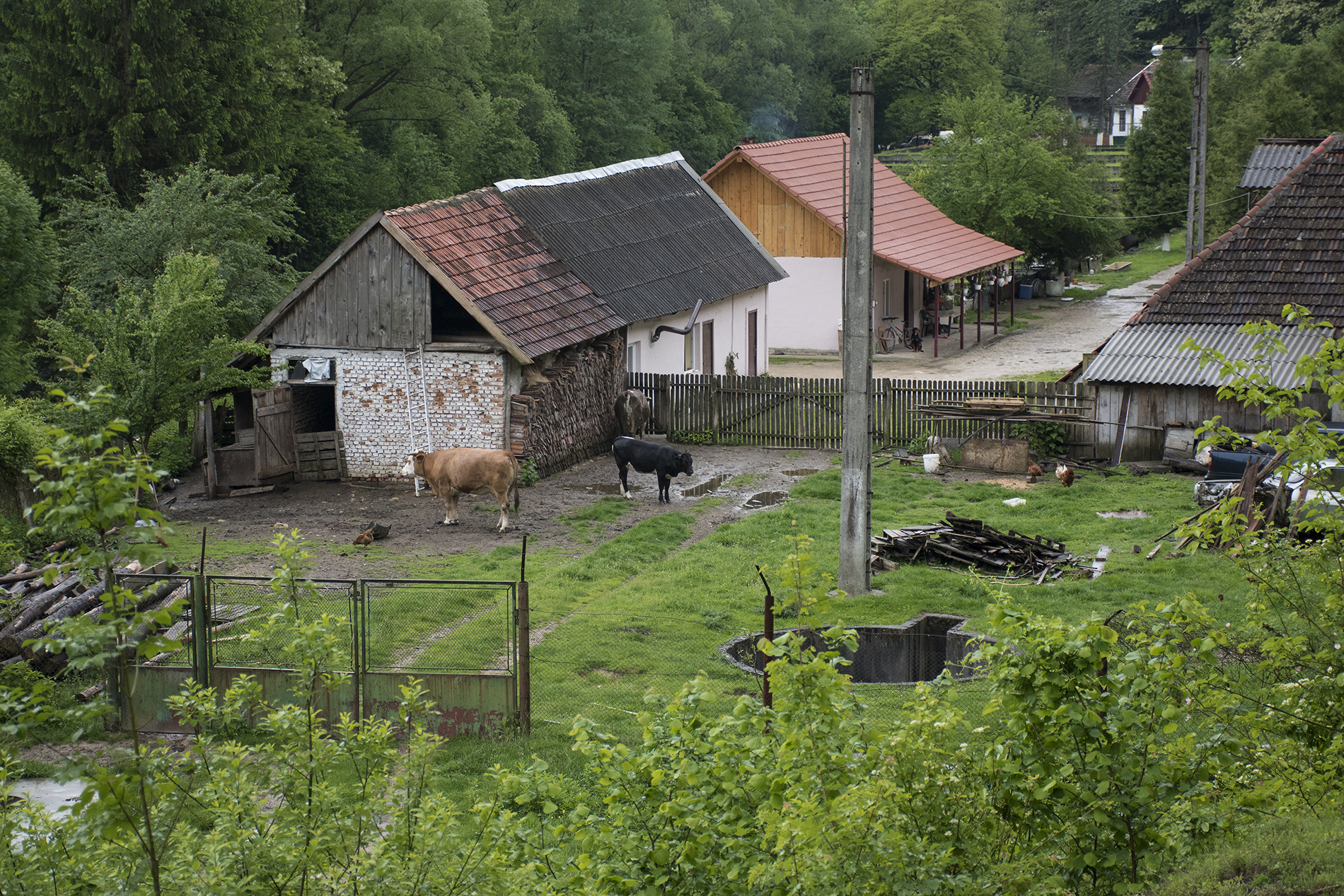 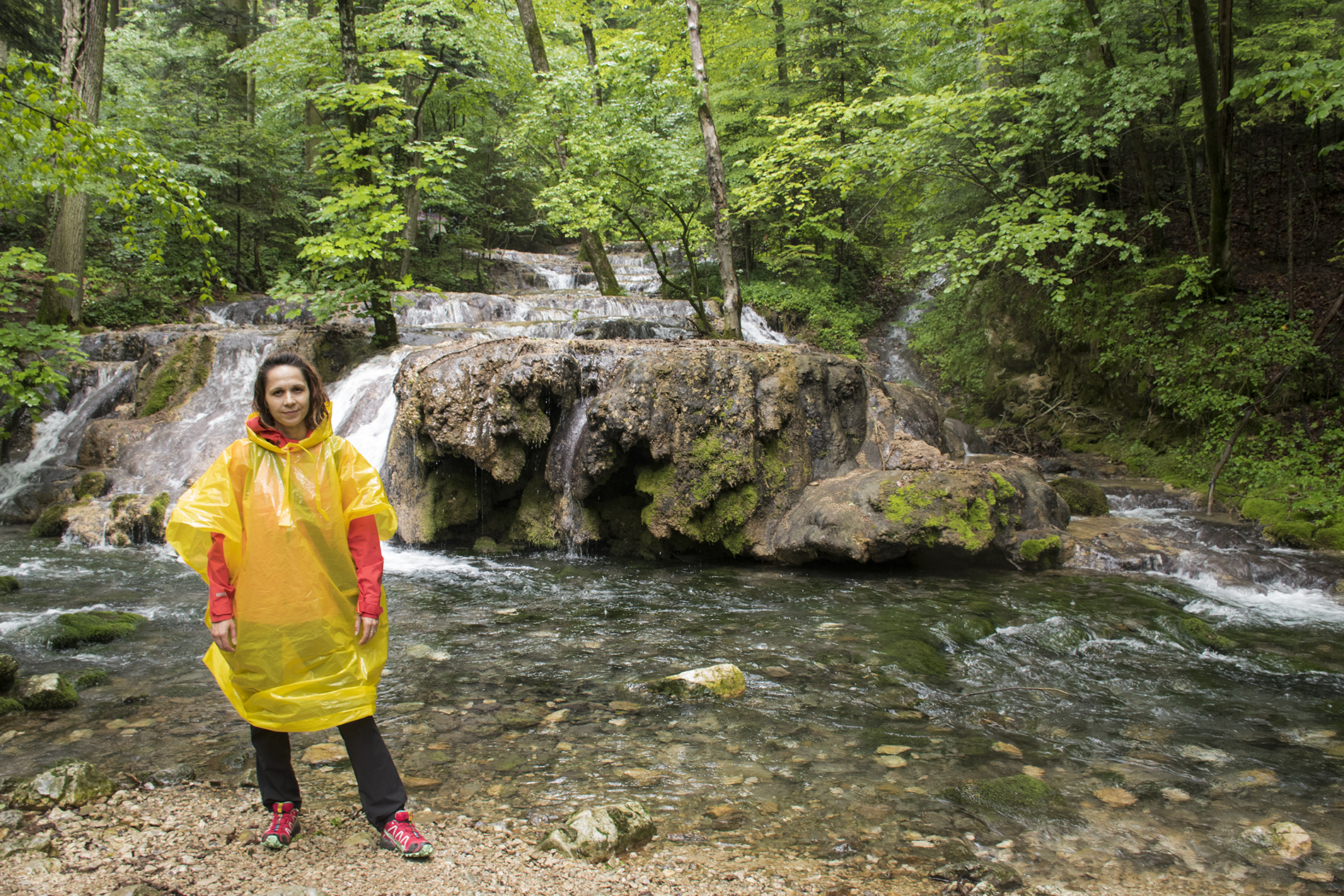 Must see Ochiul Beiului – a lake with crystal clear water which is only 3.6 meters deep.

I got a little carried away. 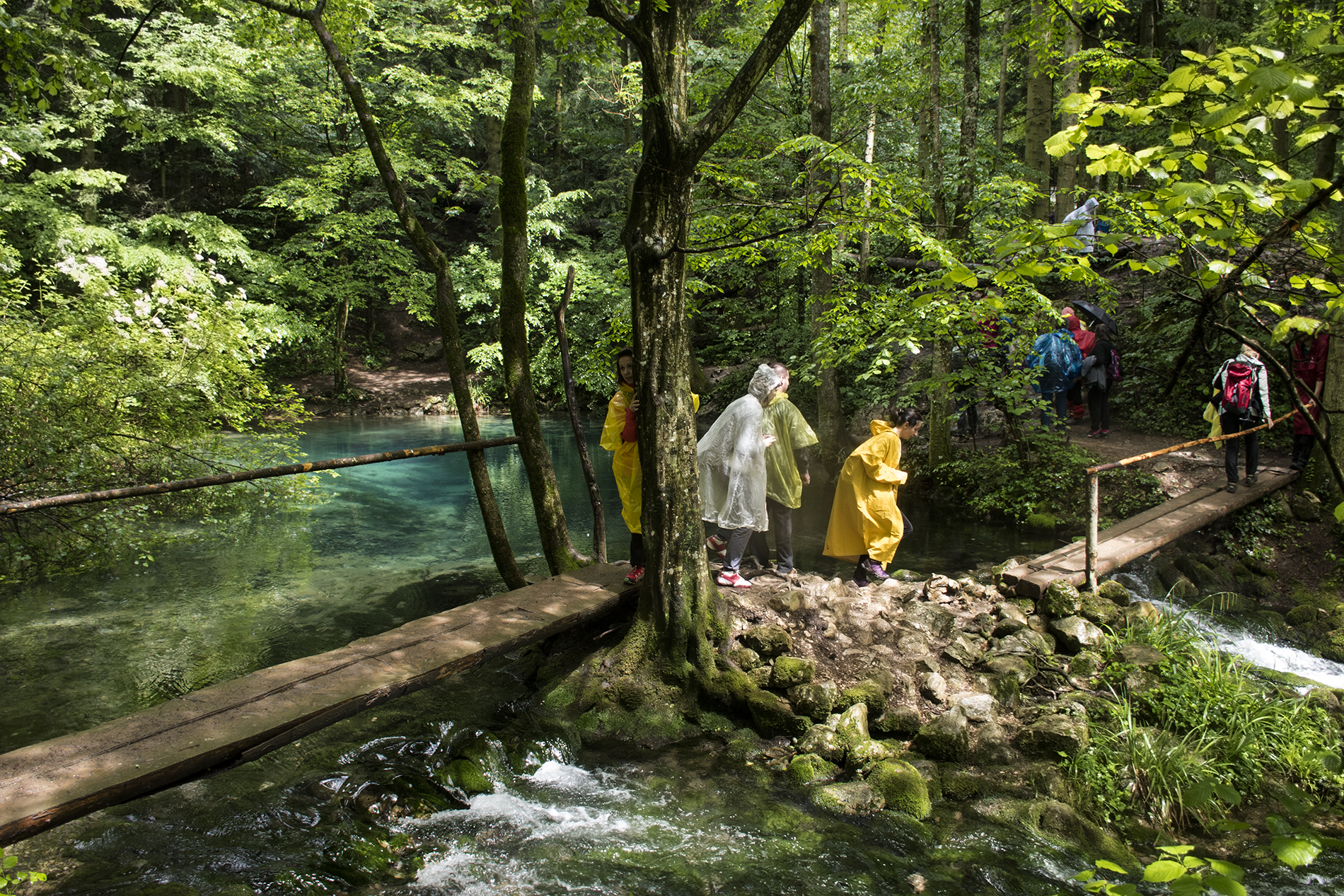 A very interesting story is that this lake doesn’t even freeze at very low, winter temperatures, because there is constantly flow of the new amount of water from the river source, which freshens the lake.

Many legends were inspired by this lake. One of them is a tragic love story (something similar to Romeo and Juliet).

According to the legend, a son of the famous Turkish Bey fell in love with the shepherd’s daughter. As bey didn’t agree with their love, he decided to kill the girl. Filled with sorrow and grief, the Bey’s sohn cried out so many tears that they created the lake, and the color of the lake is actually the color of his eyes. Devastated by the pain, the boy decided to kill himself.

Also, legend says that he turned into the Ochiul Beiului lake, and his chosen one became the river Beusnica. 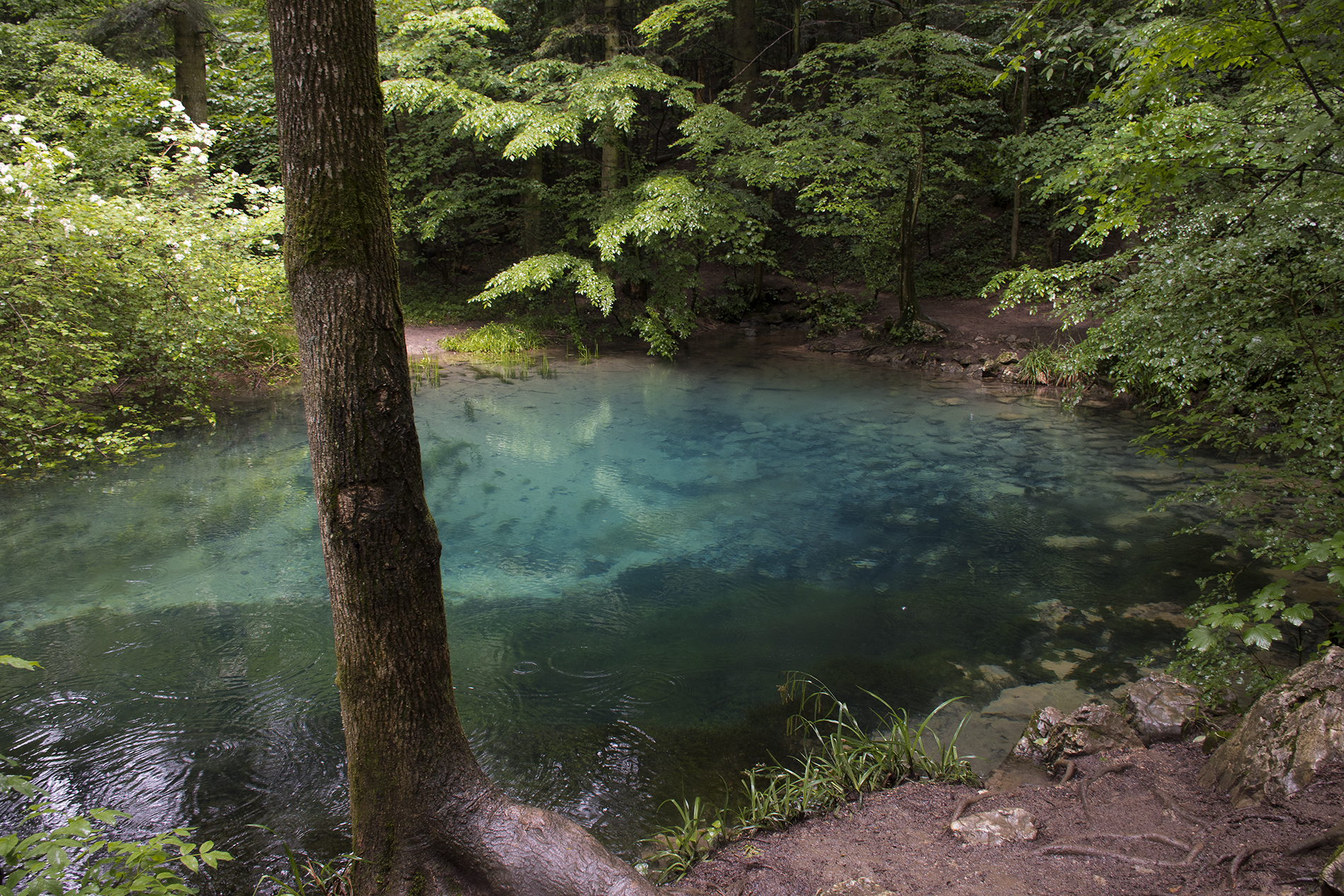 According to another legend, during Sânziană – a summer holiday in Romania, fairies gather around the lake where they dance and take a bath. Also, they have enchanted people with their charm. 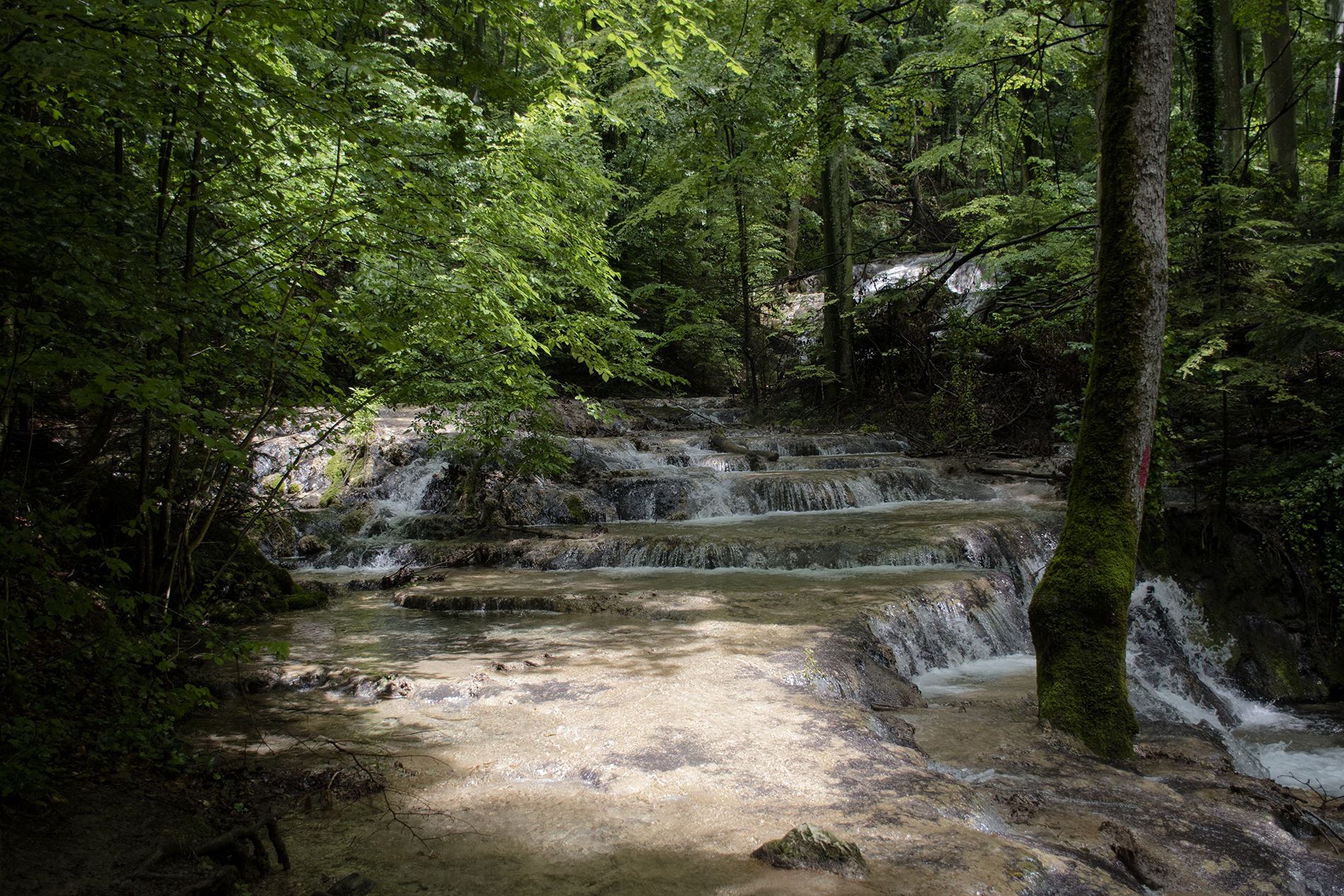 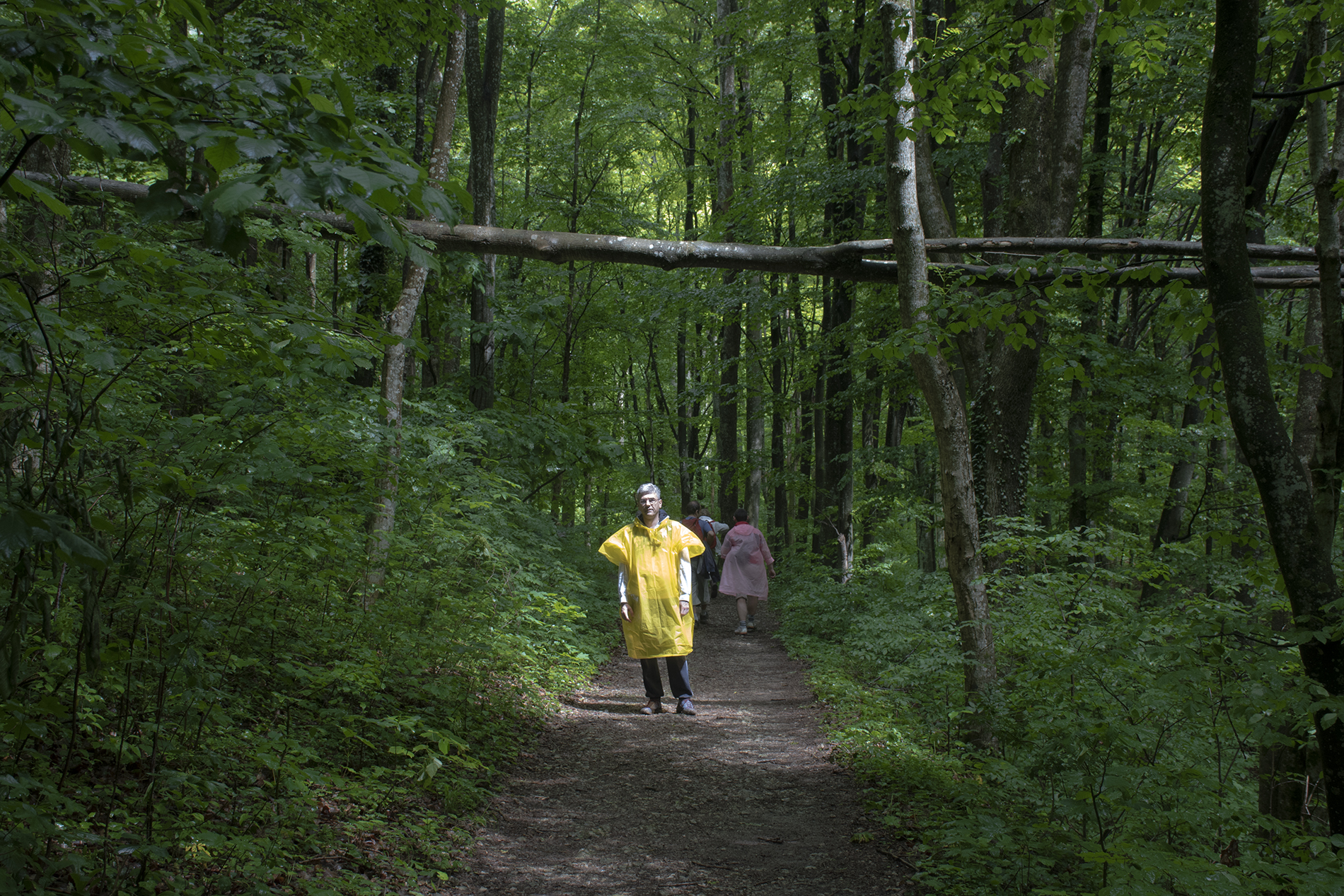 A bridge at the entrance to Cascade Beuşniţe. 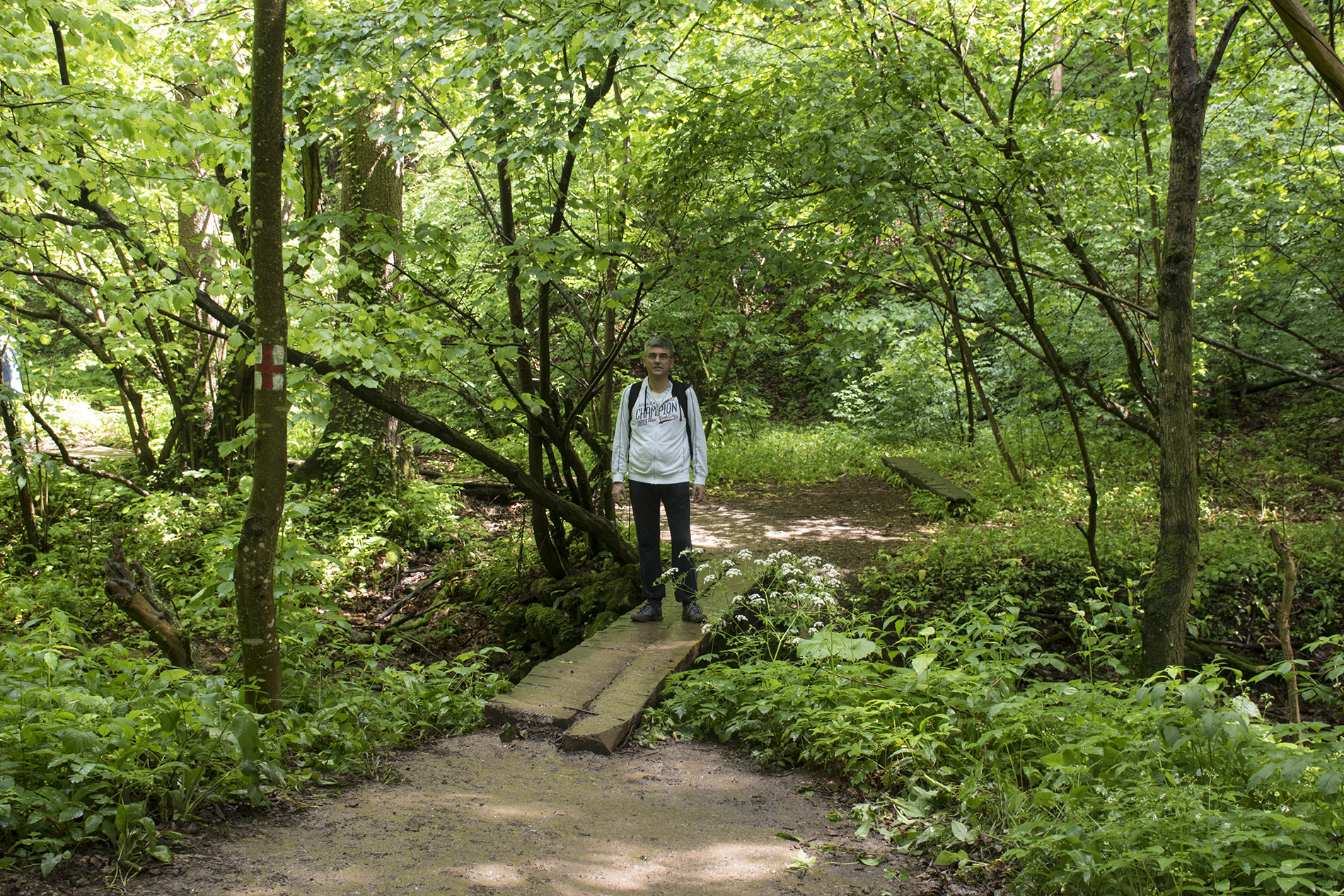 Cascada Beuşniţa – one of the best natural views, which made every step, through the rain we survived, worth it. 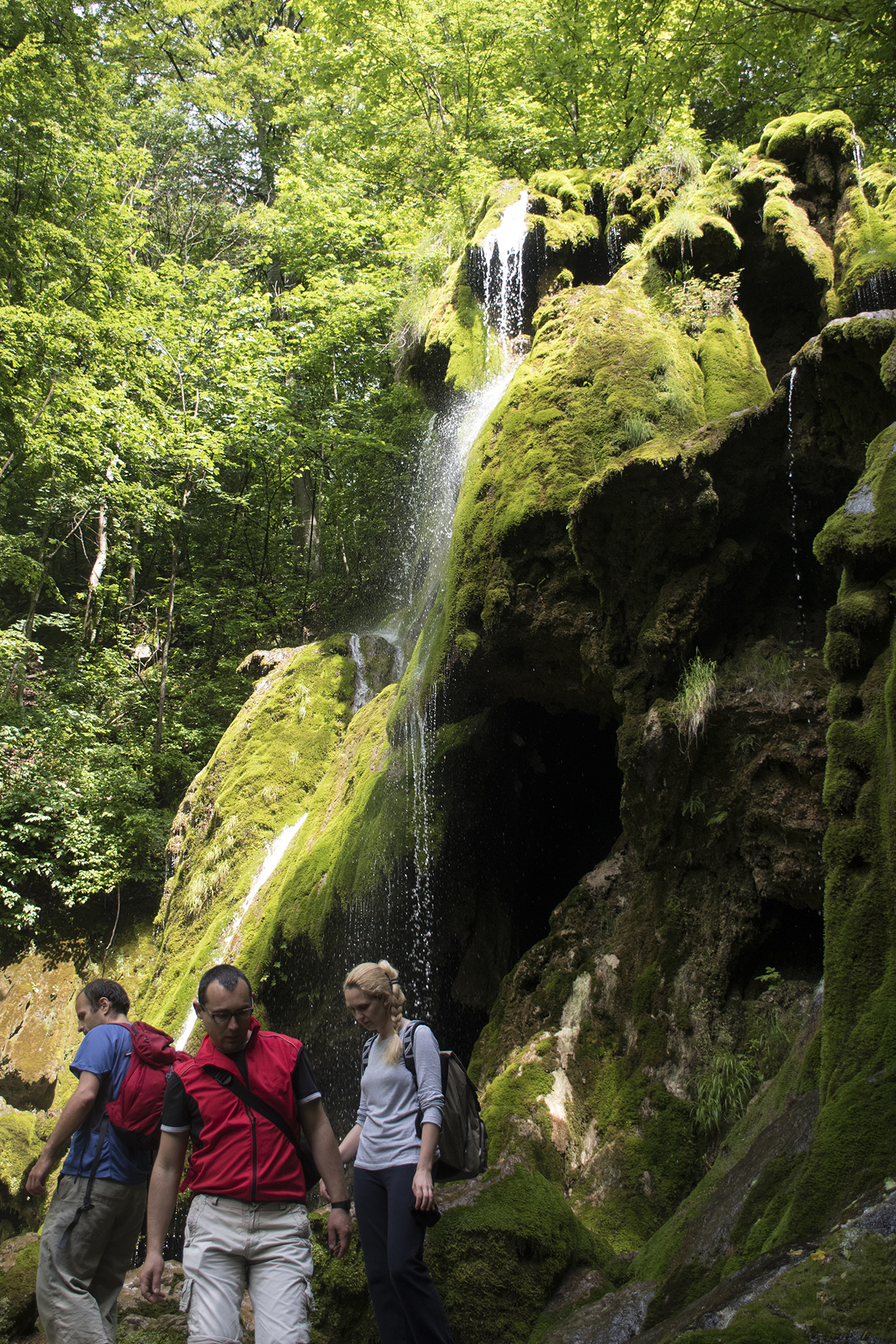 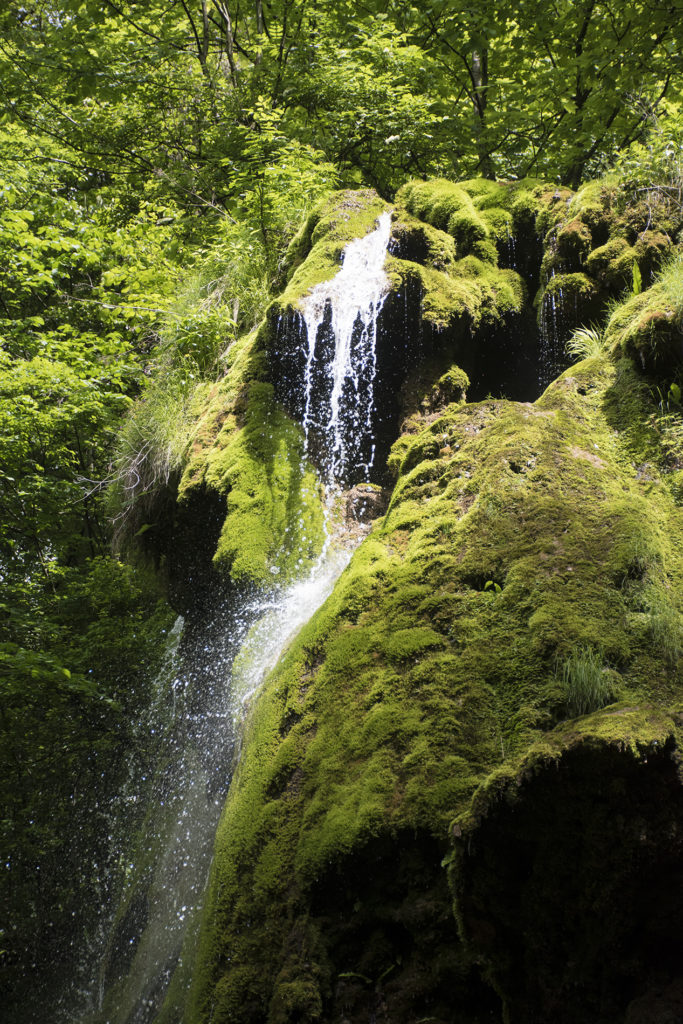 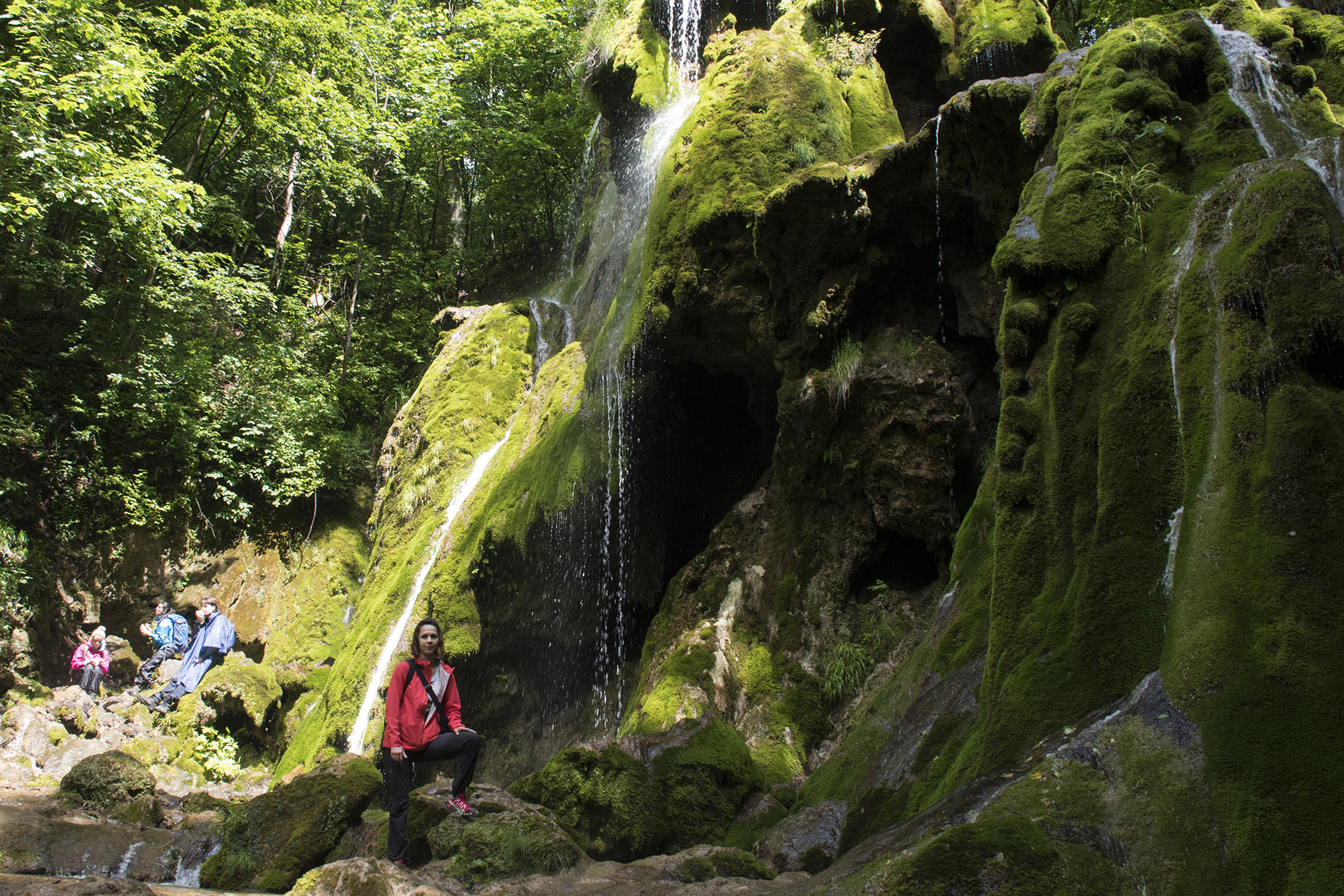 What haven’t we seen?

Apart from this, you can see a lot more at the end: on the exit from the village Sasca Romana, there is a long suspension bridge over the river Neva, Lacul Dracului (a blue-green or a purple lake, depending on the weather conditions), tunnels. I am going to leave all of this for another interesting story from Romania.

And now, some live recordings:

Summer refreshment on the source of river Grza
A trip to Verona, the city of love stories

8 Responses to Visit canyon of the river Nera