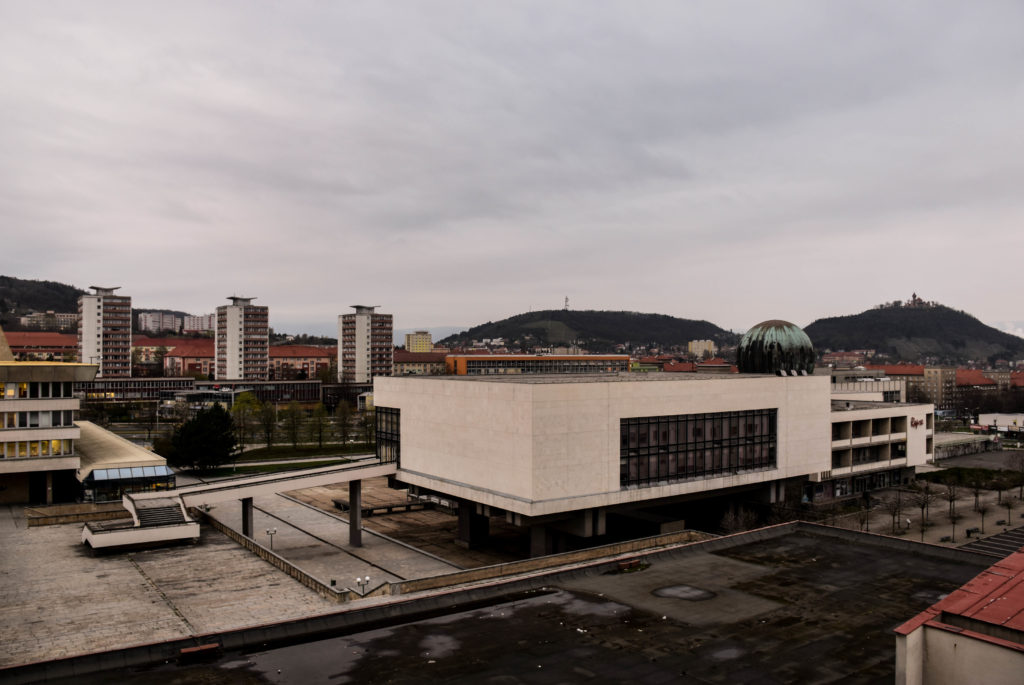 Has all the beauty left from the Most city with Eva’s departure?

Have you heard of the city Most?

Most of you probably haven’t, but have you heard of Eva Herzigova?

Most of you probably have.

Eva Herzigova was born in a small place, it doesn’t matter which, but it belongs to the county, i.e. region of the city of Most. They are very proud of her in Most.

A trip to Most

Most is set about 90 kilometers from Prague. It is a mining area, similar to Serbian Kolibara (but only in terms of delves). I arrived at the hotel around pm, and there was nobody in the streets at that time.

I got there by chance, it was a connection between destinations, which can also be seen in the name of the place. Everything seemed deserted, and socialist in a way (the buildings, streets…).

It was not inspiring at all to take a walk. Is there anything to see there?

According to the town history, the old royal town was demolished during coal exploitation. They are trying to settle everything nowadays, adding green surfaces and making it seem a less depressive place.

We met some people that were there on their jobs. They spent a couple months there and then went back to Serbia (they weren’t even working with delves). Unfortunately, according to their impressions, that was the most depressing city they’ve ever seen.

Yet, I am sure that with Eva’s departure, not all beauty has left this place.

They tried to convert their heavy industry into something nice and attractive. There are two attractive mine locations which can be visited in tourist tours ‘Coal Safari’. Someone from Kolubara may try to replicate this and make some extra money. The only problem is that then, instead of 25 hours a day they would have to work for 28, and they are not sure how to fit all that into a 24-hour day.

While visiting mines, there is a chance for a person to get involved with the technology (I had the chance to see it), heavy machines which are there, with the landscape after digging.

For us that like sports, there’s Matylda. Around the lakes (there are several of them, and you can swim in some of them, and go fishing in the others), there is a 4-kilometer long trail for jogging and roller skating.

A well-equipped Ressl hilly forest and a favorite place for a walk, bike and collecting mushrooms. One part or the bike trek through the forest is part of the extreme cycling (a demanding part of the trek). Apart from that, there’s also an open pool, mini-golf and closed tennis courts.

For the ones who prefer a ‘fast ride’, believe it or not, the city of Most has its own 4.2-kilometer long motorsport race trek, where Czech truck races take place.

At the top of the Zámecká hora hill, there is a wooden fortress from the 9th century, which later was restored into a rock fortress, with which its purpose was changed: Now, you can even spend the night there

Church of the Assumption of the Virgin Mary the building of which began in 1517 and finished at the end of the 16th century. It was even relocated in 1975 to the location in which it is now. They wanted to preserve historical artifacts in the times of mining growth. The church (or some of its chambers) is used for concerts or weddings, and its underground parts as a gallery.

No matter what you can see there, to the question of you missed anything for not paying the visit to the city, my answer is no.

a trip to Most, coal, Czech Republic, Most, one-day trips, sports activities, town Most

Why not to travel to Prague?
What did we learn on our trip to Bratislava?